First, would you like to see a few kitten pictures? Sonia came with me to do the cat shift this week, and there was this teeny tuxedo kitten that was unbearably cute. 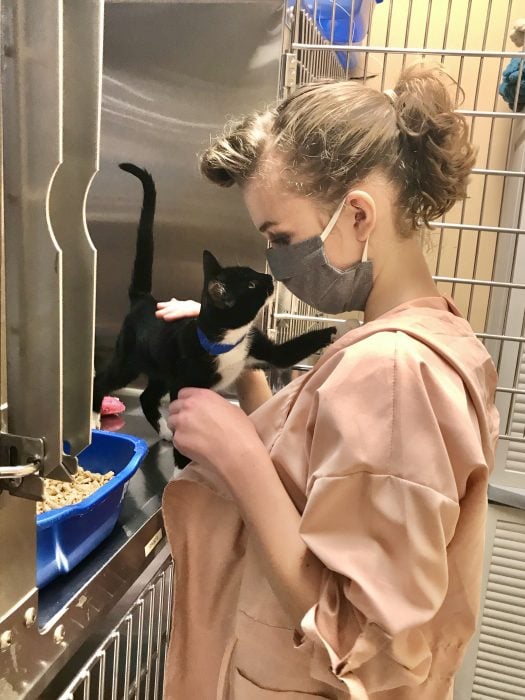 Recognize the jacket from this Thred Up fashion post?

Also, look at the pink nose on the cat in the photo below. SO CUTE. 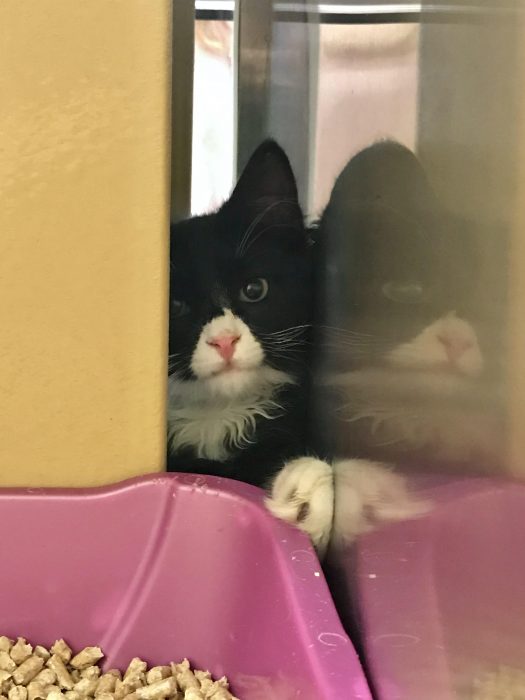 Mr. FG and I got subs together; Sonia ate a chicken sausage on a bun and Zoe and Lisey ate mac n cheese.

Last week a reader asked if our kids are upset when we have a date night meal together; the answer is no. They’ve been used to this because even when they were pretty young, we did takeout date nights at home. 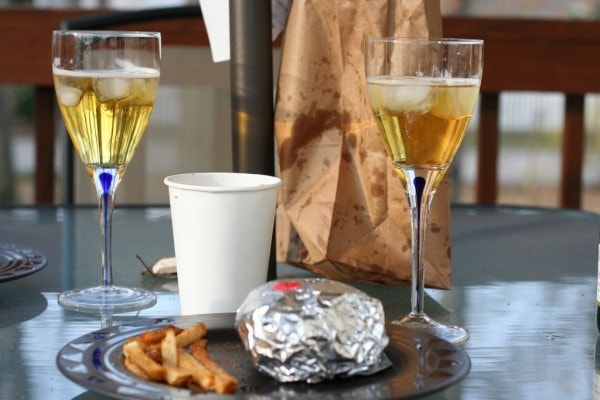 I made a spaghetti pie from the ATK Quick Family Cookbook*, and it was fine except that next time, I’d honestly just serve it hot from the pot rather than baking it in a pie pan.

*Cookbook is out of print. Used copies on Amazon are just a few dollars. Ebay has copies as well, but they are a little more expensive.

I made hamburgers and hot dogs, which we ate with garlic potato chips and watermelon. 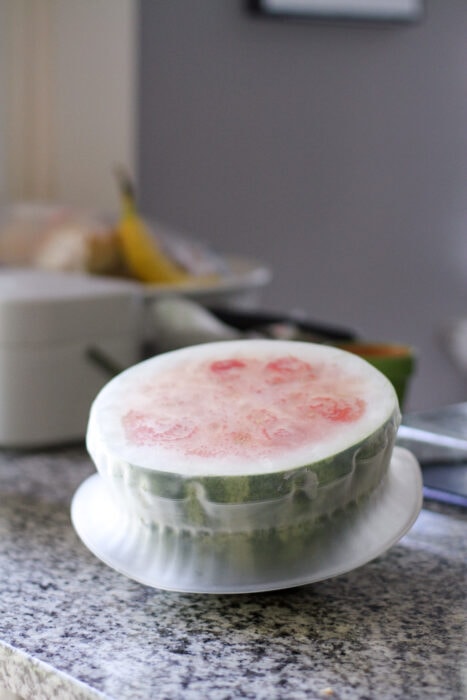 the silicone cover I use for watermelon

I had an afternoon appointment followed by a 6:00 pm meeting, and I did not plan very well for that.

Lisey was studying with a friend, and I wasn’t hungry before the meeting, so Mr. FG, Sonia, and Zoe got Chick Fil A.

An old photo! I haven’t seen the inside of a CFA for a very, very long time. 😉

Incidentally, someone once was upset with me for giving “free advertising” to Chick Fil A by mentioning them in my WIS, WWA posts.

This was funny to me because every Chick Fil A I have ever seen has business out the wazoo. I highly doubt they need me to advertise for them.

And if we get takeout from CFA, I’m not sure what I’m supposed to do…be more vague?

“We got chicken nuggets from a place that shall not be named.”

Anyway. Three of us ate Chick Fil A on Tuesday of this week.

And that is that!

I grilled some pork tenderloins and tried a Spanish potatoes recipe from Cook’s Illustrated (sliced potatoes cooked in a pan like scalloped potatoes, but the sauce is oil and white wine.)

The potato recipe caught my eye because it had no dairy; it was pretty good, but obviously not as good as scalloped potatoes.

I made panini with leftover pork and some ciabatta rolls from Aldi, and we had broccoli on the side.

Since it’s not blazing hot anymore, I think I’ll make pizza for the first time in a long while. 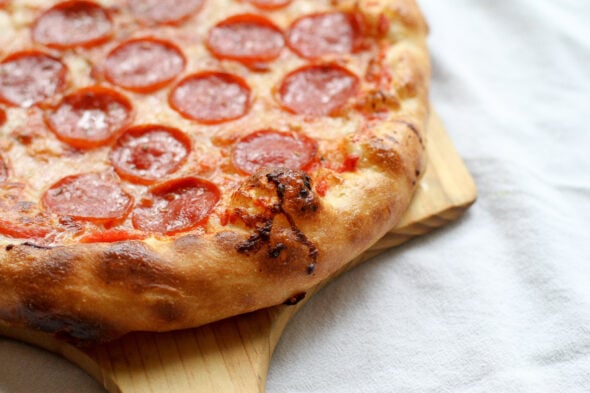 Here’s how I make my pizza.

And here’s why your homemade pizza might be terrible.

(Also in that post: how to fix terrible pizza!)

That cat is so sweet!!! Had to laugh about going to grocery store then buying takeout, I do that all the time. After spending so much time in the grocery store the last thing I want to do is cook when I get home, weird cause I love cooking, just not on shopping day. :-)

I love your blog--thank you for continuing to write and share, especially during such a hard time for you! I read your post about your current relationship with your son and have been thinking about you and hoping things turn out better soon.

Also, I love how gracious you are. My husband's profession means our family is subjected to constant opinions and often criticism from others who don't know us well, and it's really tough not to get discouraged. Your gracious responses are always an inspiration to me. Hang in there. :)

I LOVE you Kristen and I LOVE this blog.

One of the things I love when I read your blog is that it is so positive, real life, and no politics. I'm weary of the arguing and want to read about anything other than that. This is one of those places. Thank you for your positivity, helpful tips, and friendly conversational style.

Saturday - I accompanied my DH for the weekend for one of his motocross races. I packed us deli subs because they were easy and didn't have to cook.

Sunday - We stopped at Cracker Barrel on the way home from the races. We each had fried chicken and two different sides. Tons of leftovers to take home.

Monday - Leftovers from the night before.

Friday - Emptied out the refrigerator and we had yummy leftovers from the week.