I’m squeaking this in here kind of late…the husband worked for a few hours from home today instead of going in to work, so it’s been an odd kind of Friday here. A good kind of odd, mind you, but I just didn’t get as much done today as I usually do! 😉

Ok! Last week I mentioned that my freezer was in abysmal shape and that I wanted to organize it this week. Here’s what it looked like(by the way, I’m pretty sure my grandmother will faint and fall off of her computer chair after viewing this photo. She is a very organized lady, but I think the organization got diluted in the family genes somehow….well, at least the organized-freezer-genes.) 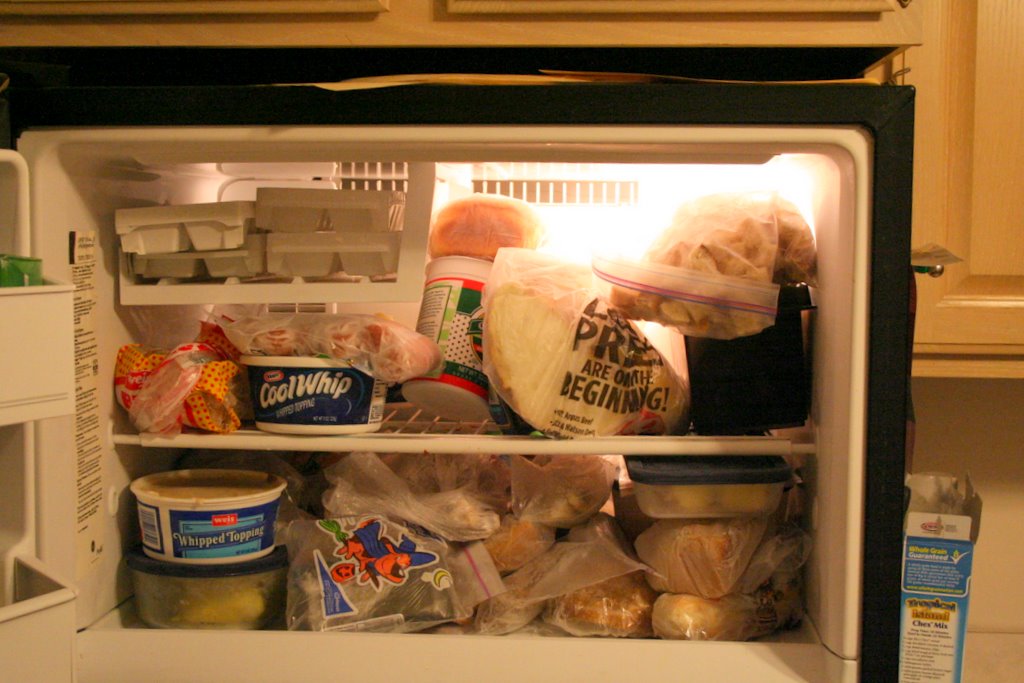 Yeah. My freezer has pretty much looked like this ever since we got married. It’s a running joke in our house that you don’t want to open the freezer when you have bare feet, as something unbearably heavy(like a can of frozen orange juice) is bound to fall out as soon as the door is opened.

But, my refrigerator used to be this dreadfully messy and full, and it is not anymore, so I think there is hope for my freezer.

I don’t have an after picture yet, because there are a number of things in there that just need to be eaten up. I made a list of those things and included them in the menu plan for this week, so by next Friday, my freezer should be photo-ready. 😉

I was pleasantly surprised at the small number of things that needed to be thrown away. I have four things in my pictures these week…three from the freezer and one from the fridge. 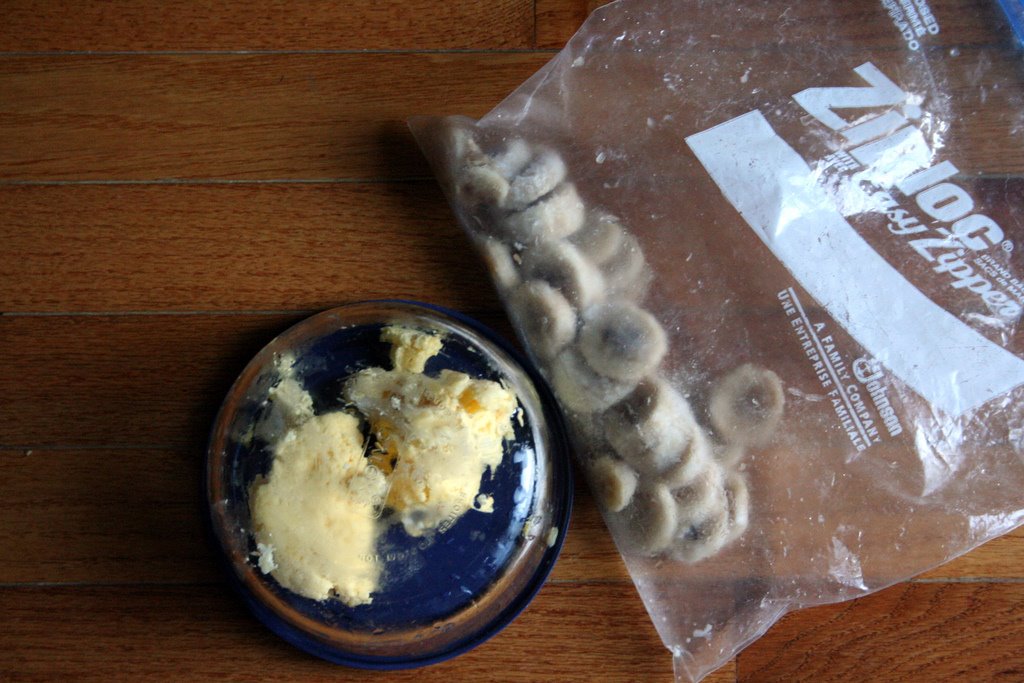 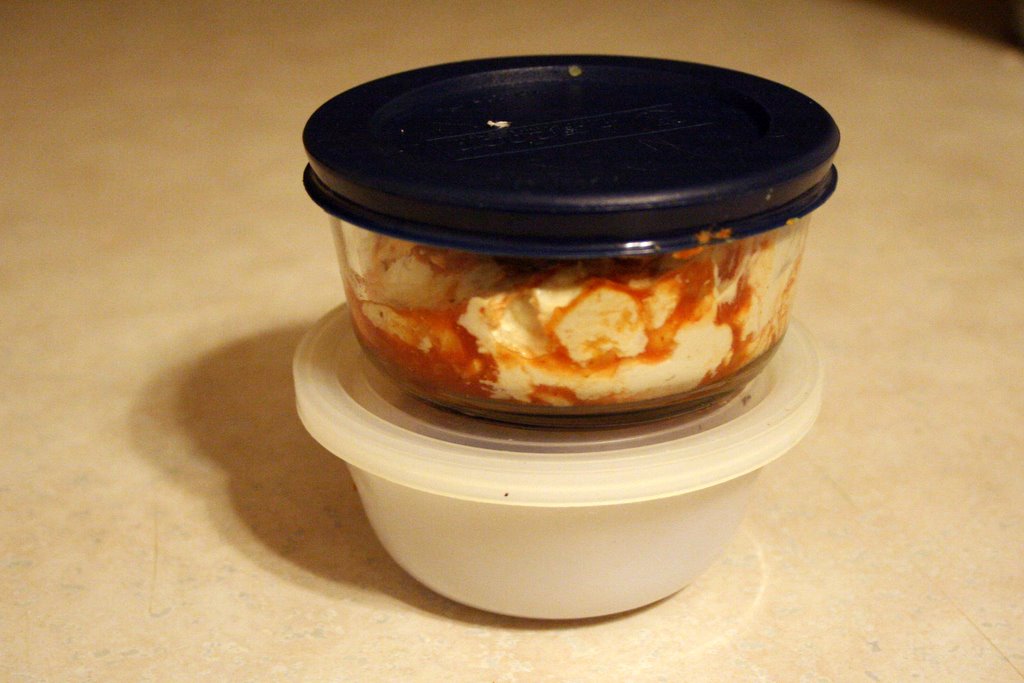 I had frozen the bananas quite a while ago, for the purpose of using them in smoothies. However they’d sort of gotten lost in the freezer, and by the time I found them this week, they were awfully freezer burnt. I suppose I could have made banana bread with them, now that I think about it. Ah well. They’re composting as I write.

The yellow stuff is butter I’d made some from past-its-prime cream. It was of doubtful quality when I made it, and after sitting in the freezer for a few months, the quality was beyond doubtful.

Then there is a bit of frozen London Broil, which was quite freezer burt. Lastly, there is a bit of shrimp dip from my fridge. If it didn’t have seafood in it, I’d have eaten it, but I’m sort of cautious about aging seafood items.

This was kind of a humbling week for me after my last few weeks of low to no waste. How did you do?

I posted my food waste for this past week today! I'm still waiting for my waste-free week...

That freezer is packed to the brim!! We have very little in the freezer but that is because we don't cook as much. I have to say that I'm very impressed with your 'cookery' skills though like making butter out of cream and grape jelly. I want to be able to do that one day!

It's hard to keep a freezer organized...that is unless you put very little in it! I've been looking for small, plastic containers (the ones that look like little rectangular laundry baskets so air can move thru) but can't find the right sizes. I wanted to try keeping small ziplock bags in them so they are not all over the place and then I can stack freezer containers better. Also in my plan is to keep a mini notebook nearby with the contents listed, and as the item is used, cross it off. That way I'll know what is in the freezer so it won't get lost in the back and forgotten about. If I could just find those mini baskets...! Can't wait to see your "after" picture!

:D At least your's isn't half full of ice. Ok ,you can't see what you have in there, but it is all food! Well done on venturing in; that takes some courage. I'm doing a bit of a freezer use up at the moment too; there are lucky dip bags of unidentifiable cakes and biscuits being pulled out for use. Good luck; I bet your 'after' pic will be sensational