Please note: this post is gonna talk about period products. If that squicks you out or you think it’s inappropriate to talk about or anything along those lines, consider yourself warned.

If you keep reading and you end up hating this post, (and I mean this next bit as gently as possible) your discomfort will be your fault and not mine. 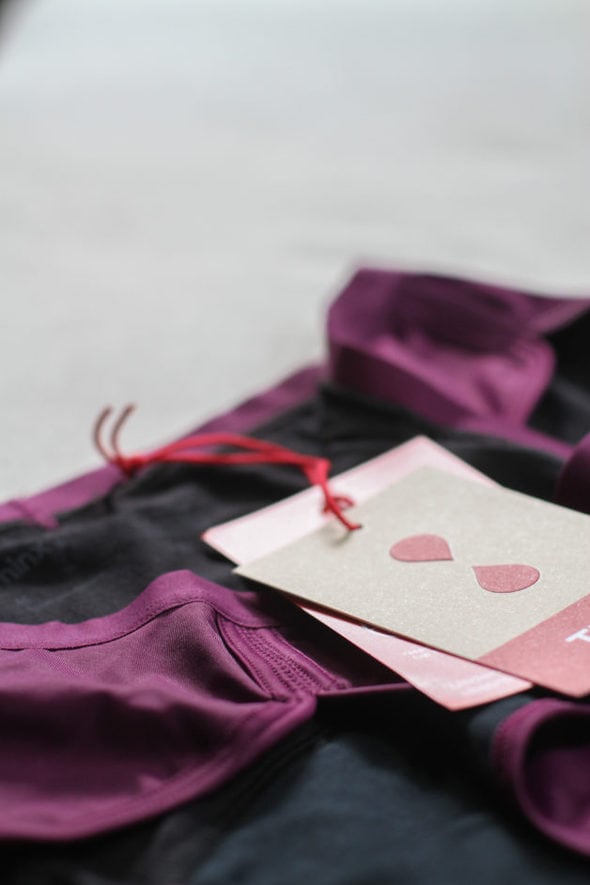 I was initially a little hesitant to blog about this, but when I mentioned Thinx in passing, some readers asked for more info.

I am here to serve.

What are period underwear? 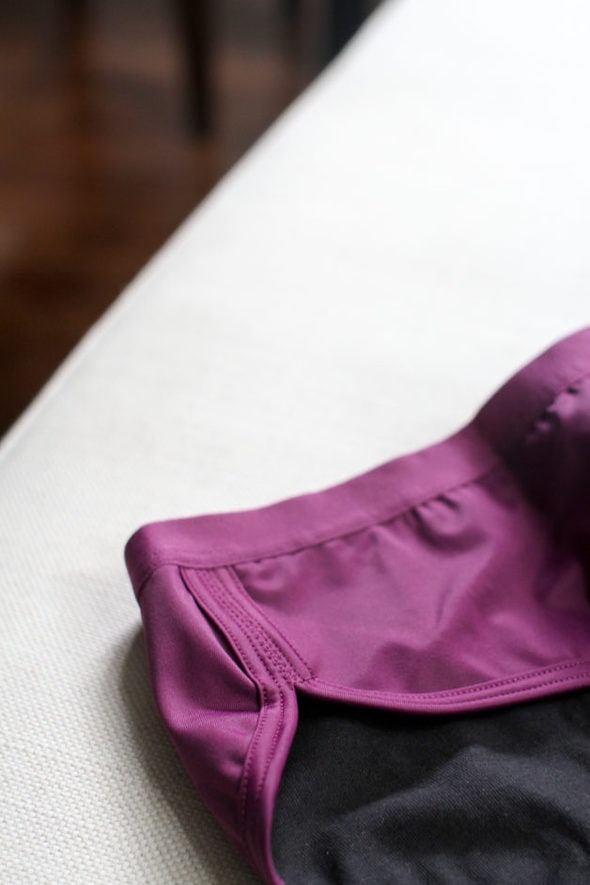 Period underwear are washable, reusable, and are meant to replace various other disposable period products.

They’re way thinner than cotton pads or disposable pads, which means that they have the potential to be way more comfortable.

What products do they replace?

I know that some people use them to replace tampons or pads, but I have never done that.

I think they serve best as a backup product for a menstrual cup.

Is it hard to take care of period underwear?

Nope. You just throw them in with your regular laundry and then line dry them. 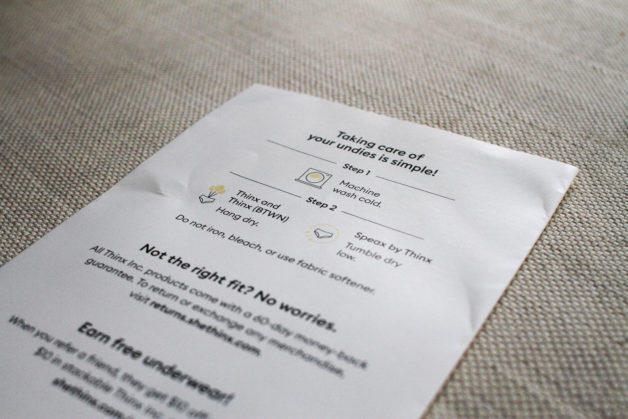 How many pairs do you need to get through a period?

I think four pairs is about the minimum, since they need time to line dry: one pair for the day, one for the night, and then you throw them into the wash and let them dry while you wear your other two pairs the next day and night.

Do period underwear save money?

This is a hard one.

The average woman spends $159/year on period products, so we’ll use that as a comparison point.

A menstrual cup (about $25-$35) pays for itself in a jiffy; you only need one, and it completely replaces tampons. Two periods in, you’re money ahead. Plus, a menstrual cup lasts for years. 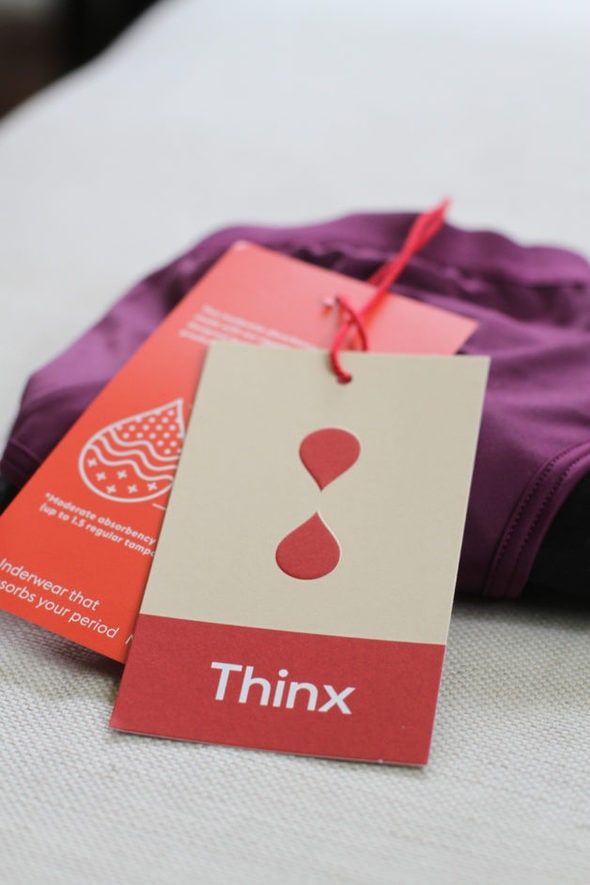 Period underwear are not such a clear money-saver.

For starters, you really need about four pairs, which will cost about $120 with Thinx.

Then there’s the fact that period underwear are probably not going to last as long as a menstrual cup.

And if you are just using them as a replacement for pantyliner, as I do, well…pantyliners don’t cost that much!

It would take me a long, long time to spend $120 on pantyliners.

So. If you are able to use period underwear as a replacement for pads or tampons, I think you could be money ahead.

But if you just use them to replace pantyliners, I think you’d have to look at it as an environmentally-friendly investment, not so much as a money-saving investment.

Cloth menstrual pads are most definitely a bigger win in the money-saving department. 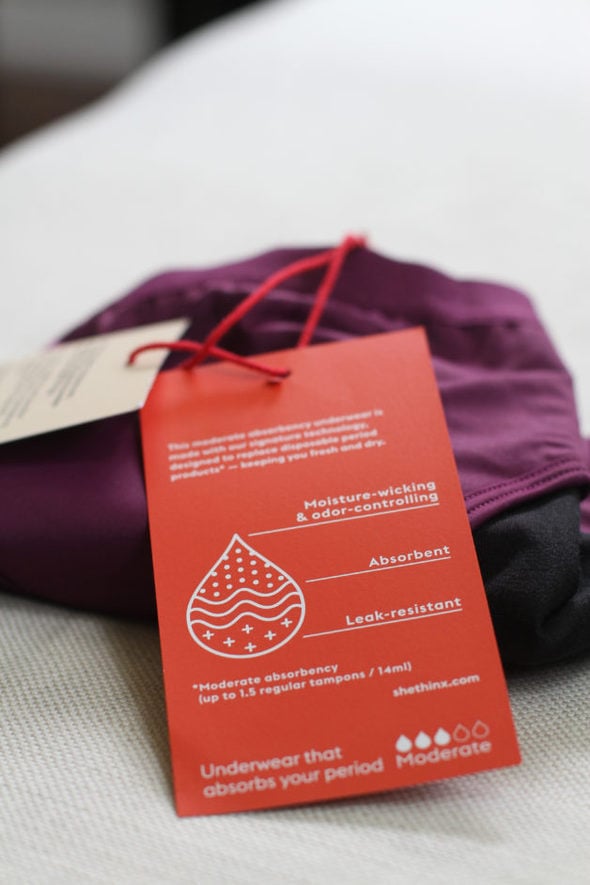 There has been some controversy over the material that Thinx are made out of.

However, Thinx has done recent independent testing of their products that seems to indicate that they are safe.

You can read all about that here.

And here’s the Sierra Club article with details about the testing issues.

Of course, disposable period products have their own safety issues.

My person-who-is-not-a-scientist guess is that Thinx are likely not riskier than disposable period products.

But, of course, they are probably not as safe as using something like organic cotton washable menstrual pads.

Knix period underwear are not chemically treated for absorbency improvement, rather they are made of cotton, woven with carbon and spandex, with tiny holes for more absorbency.

So, these are significantly more likely to be safe than Thinx.

We have had all of ours for less than a year, so I will have to report back in the future.

Knix and Thinx are both made of sturdy fabric, though, and even the lace-waist ones seem like they will last. 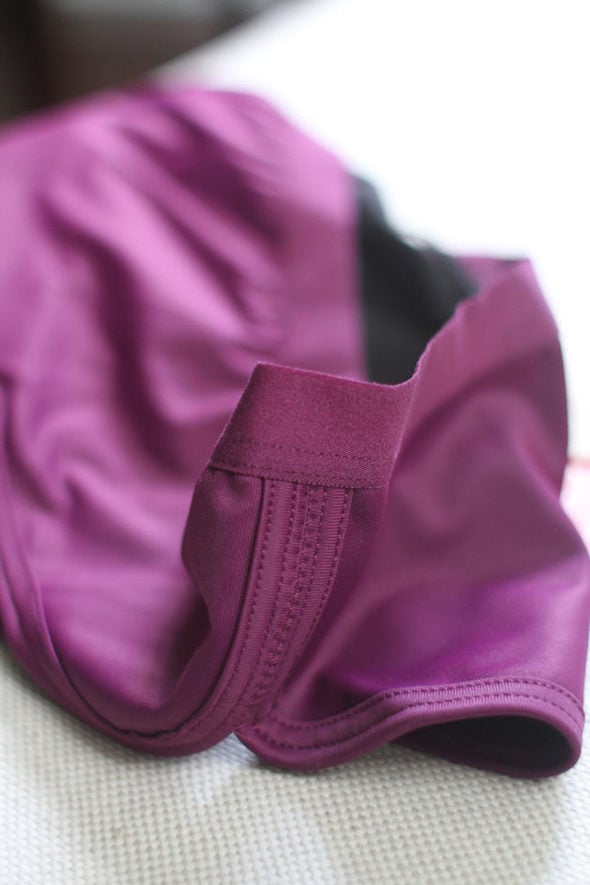 You know how the lace on most underwear waists rips in short order? The Thinx lace is the sturdiest lace I’ve ever seen, so I am hopeful that it will stand the test of time.

They are definitely more comfortable than pads! And the wearing experience is surprisingly dry.

We give Knix a slight edge on the dry-wearing-experience, though.

As long as you do prompt washing, no. But I would say that Knix are more consistently fresh-smelling than Thinx. 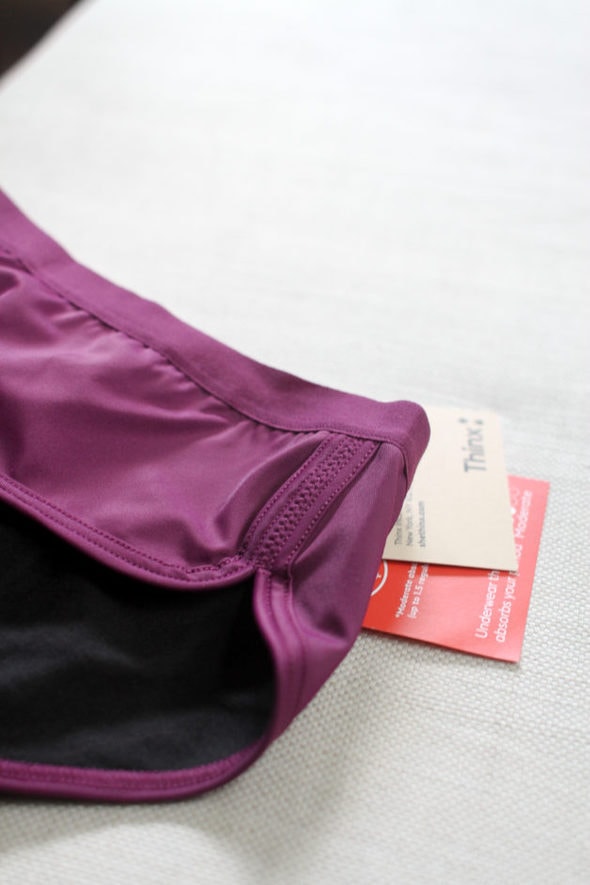 Get $10 off your first pair of Thinx

If you shop through any links on my blog, you’ll get $10 off your first pair.

Click the button below to get 15% off your first purchase of Knix, or use code THEFRUGALGIRLx

Can you return period underwear?

Thinx has a really good return/exchange policy: exchange or get a refund to your original payment method within 60 days!

I think they understand that people have some apprehension about trying such a new-ish product, so they want to make you feel free to try it out.

Knix allows returns or exchanges on underwear within 30 days of purchase. 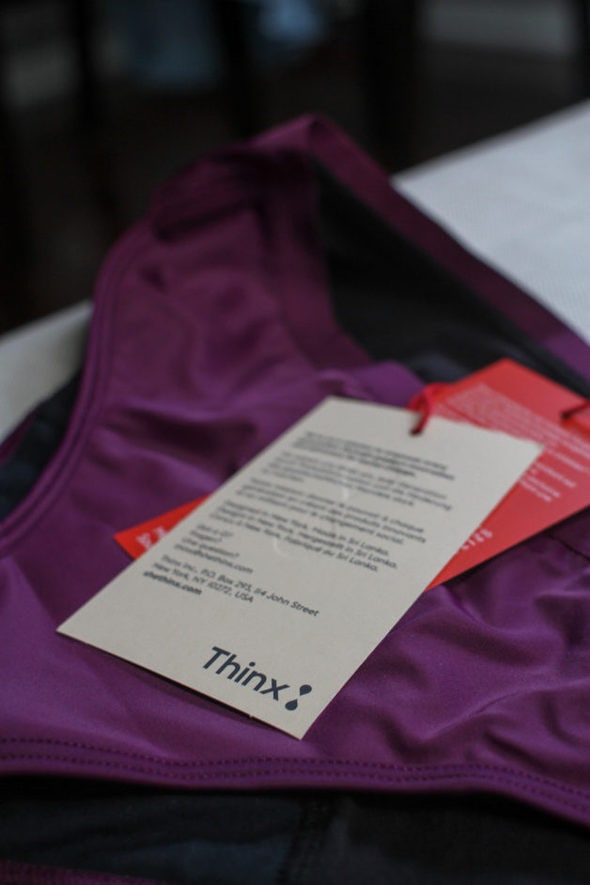 Should you get Thinx or Knix?

Overall, we give Knix a bigger thumbs up than Thinx for comfort, leak-proof-ness, and odor control.

But you could try both pretty inexpensively.

Click below to get your 15% discount on Knix. The discount should apply automatically, but you can also type code THEFRUGALGIRLx in the discount box.

Have you ever tried period underwear? Or is there another non-disposable period product you’d recommend?

P.S. I’m sorry I only have photos of Thinx. I didn’t have any brand new pairs of Knix to photograph, and while I am a fairly open book, I draw the line at photographing worn undies!

I’ve been using Thinx for several years. I have not tried Knix (newer brand?). I like these. They definitely work and do not leak or feel wet. Very nice material, and thick. They are great as a backup or by themselves. They’ve never leaked. I also think these could give young girls or teens who are new to the routine of periods/leaks piece of mind. I feel totally safe when I have them on. More safe than a pad with regular undies. As far as hygiene safety mentioned in the review, well that’s interesting. I’d say, they are much more breathable than pads. You feel free wearing these. Also, it’s not your every day underwear, just a few days a month.

Ohh, nuts! Something must be wrong on their end, because the link is correct.

Can you try using code FRUGALGIRL10? That should give you the $10 discount as well. And I will reach out to Knix to figure out what is going wrong with the link.

Thanks for doing this! I spent (likely too much) on Thinx and ended up really only love-loving one pair, so was considering Knix but needed a comparison. Thanks! :)

Thanks for this post! I've been curious about this underwear for ages but never took the plunge.

I just checked out the Knix site and they now have a 30-day risk free return policy on the leak proof undies - with your coupon and 25% off buying 3 pairs, that's way less than Thinx with no risk. I'm finally going to try some! :-)

I just ordered some Knix to try! I love their leakproof nursing things. They also seem to have updated their return policy and it is 60 days for period underwear.