I skipped doing a regular grocery trip this week; I spent $40 on the trip I mentioned in the Five Frugal Things post (where I got the free sparkling water). 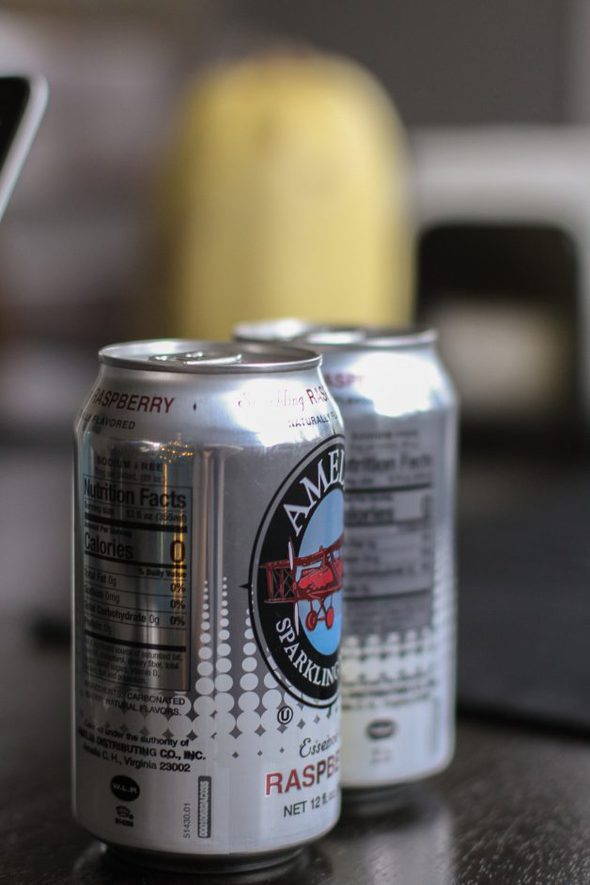 And then yesterday I did a quick stop to get a few things to make panini ($10).

We got Chick-Fil-A for Sonia and Zoe and then Mr. FG and I went out for a burger together (which we ate in his car, which is our date night spot these days. Pandemic life and all…)

Lisey picked up sushi for herself on the way home from her work shift. 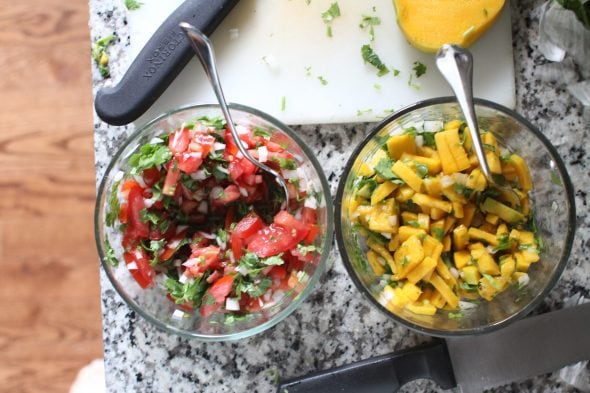 I made spaghetti alfredo topped with sautéed shrimp. I tried an ATK recipe that was actually simpler than the one I usually use, and it called for only heavy cream, not a milk/cream combo.

So that was perfect because Sonia can do cream but not milk.

The recipe called for Parmesan, which I thought I had on hand. 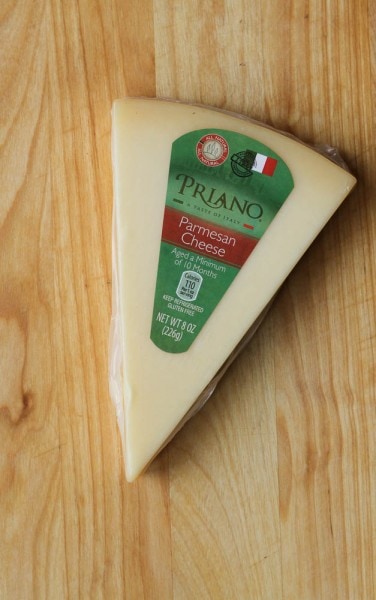 But alas, my cheese drawer had no Parmesan!

So I did a thing that will horrify many of you: I finely shredded some provolone and used that instead (not in Sonia’s serving, of course.)

This was already pretty inauthentic due to me using spaghetti instead of fettuccine, so…oh well.

Everyone here was happy and fed and that is what matters.

Breakfast for dinner night! I made cinnamon swirl pancakes with cream cheese glaze, which we ate with bacon and OJ. 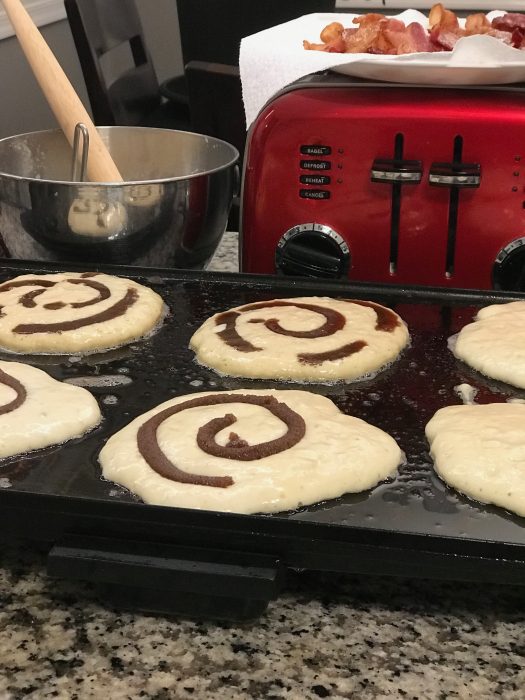 We had chipotle beef chili over lime rice with cilantro lime sauce (a Cook’s Country recipe). 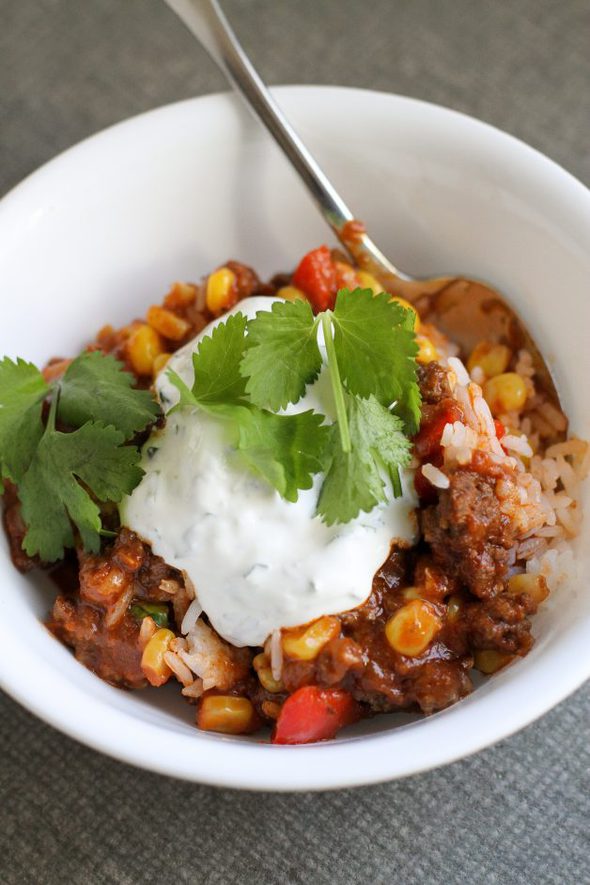 On the side: grapefruit halves and sliced cucumbers.

I made panini, which we ate with cut-up produce. 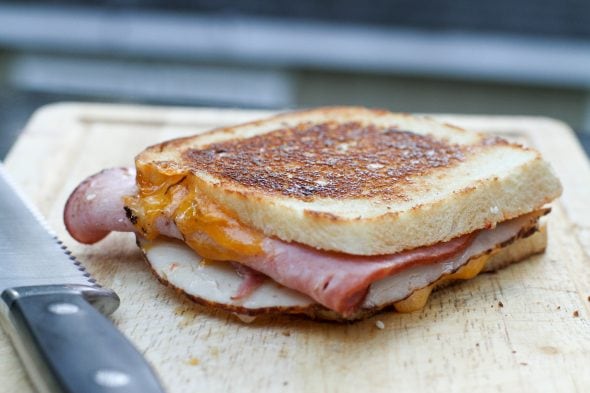 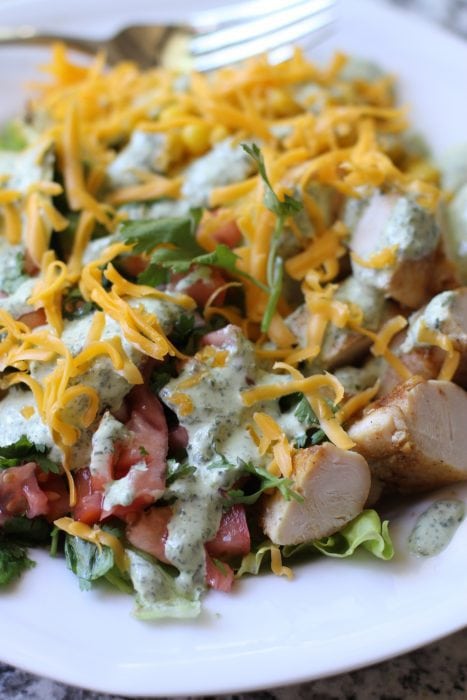 Chick-fil-A... always worth the splurge!

We spent very little (for us) this week, as we ate out of the fridge/freezer to get ready for a road trip. We had a mash up of the following: -Carnitas salad -Sausage & ravioli -Chicken alfredo -Chicken wings, spicy breaded chicken & edamame -Tacos -Leftovers of all the following

And we had giant salads with every meal.

Re: "We got Chick-Fil-A for Sonia and Zoe and then Mr. FG and I went out for a burger together (which we ate in his car, which is our date night spot these days. Pandemic life and all…) Lisey picked up sushi . . ." What are the names of the burger and sushi places? During the pandemic, giving restaurants a little promotion (especially local) on your blog might help them stay afloat cause you have a LOT of fans! And, I know you actively do whatever you can to support local, family-run businesses--

The burger and sushi places are local spots, and since I try not to disclose too many uber-specifics about my location, I try to be general when I mention places like that.

If we get a burger at Five Guys, I do usually mention that, since they are a national chain. :)