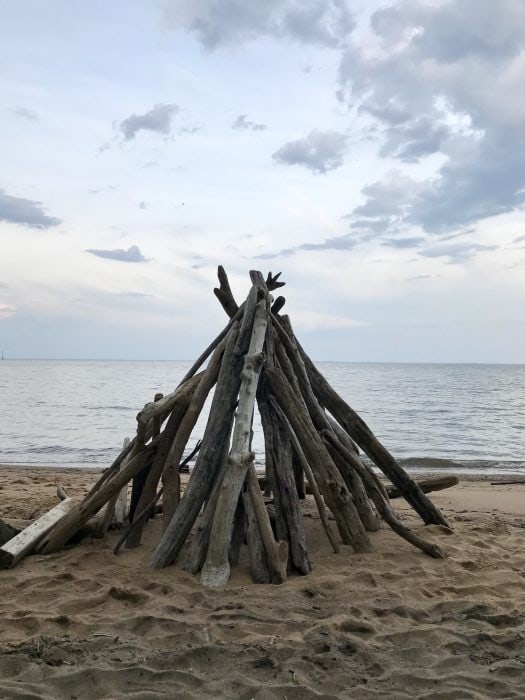 (From our Father’s Day trip to a local park)

It was an off week for Hungry Harvest (I’m trying every other week to see if that’s more manageable), and at the grocery store I spent $195.

Good thing I didn’t get a Hungry Harvest! 😉 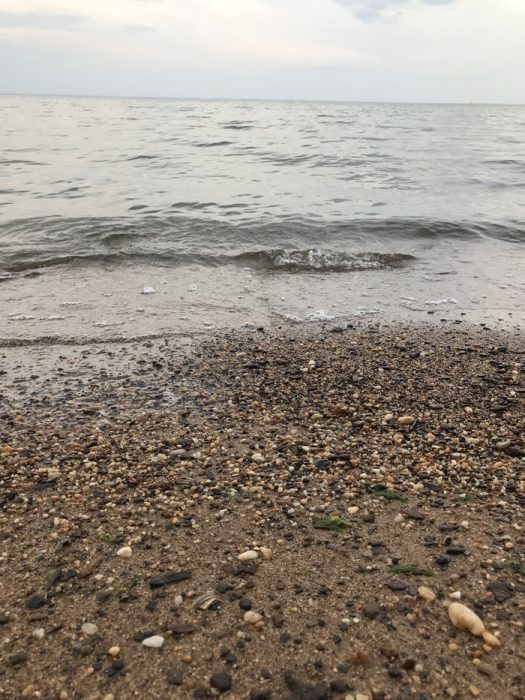 I’m mostly over due to our Father’s Day seafood meal, but it’s fine.  That doesn’t happen every week, and it was still way cheaper than us going out to eat, even for a non-seafood meal!

Mr. FG had been out with Joshua all day and they got back around 9 pm to see if we wanted to go out for steamed buns.

I’m not all that spontaneous, but maybe I’m getting a little better…because I said yes. 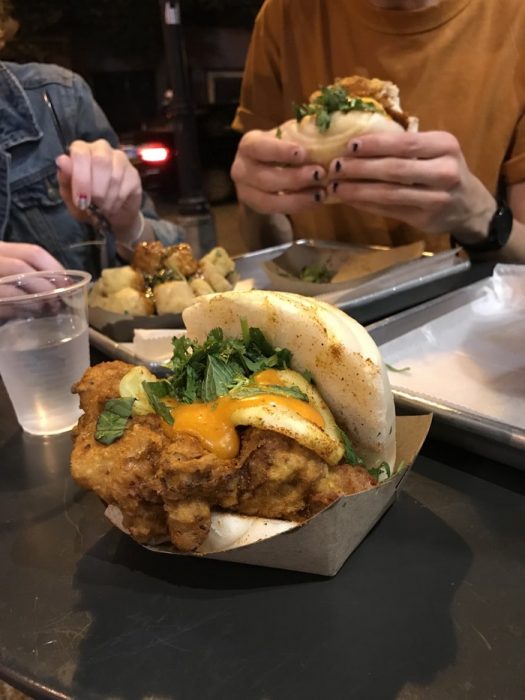 And that is how I found myself sitting at a table outside a steamed bun restaurant at 10 pm on Saturday night.

Father’s Day!  Joshua joined us, so we had all six of us here, which made our dinner fun and hilarious.

We had pan-seared scallops and shrimp (chicken for Zoe since she’s allergic), French bread, and asparagus.

And for dessert, I made hot fudge pudding cake. I used less sugar in the dry mixture on top this time, and it was definitely still sweet enough. 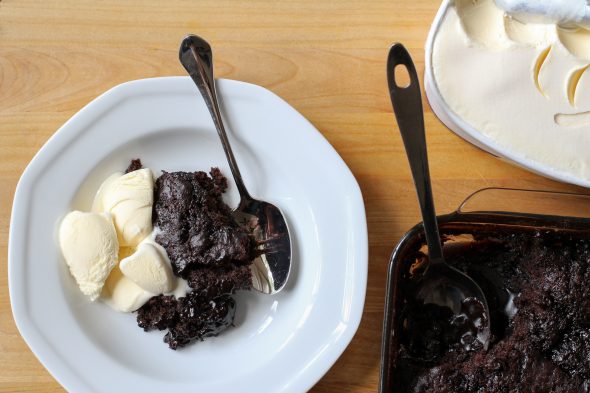 I made pulled chicken sandwiches and I am sure I served them with some kind of produce.

Can I think of what that produce was?

Friends from Florida were visiting the area, so they came over for dinner. I grilled bratwurst, cut up a watermelon, and bought several varieties of veggie chips from Aldi. 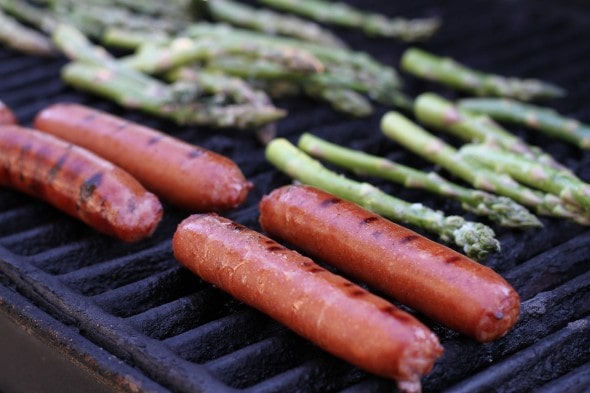 And we had root beer floats for dessert, which is what we do every time we see these friends. It’s tradition by now.

Mr. FG was down with a cold, and even though the weather was hot outside, he was craving wonton soup.

So I went and picked up two quarts from a local Chinese restaurant.

I wasn’t feeling soup-like (too hot!) so I had leftover bratwurst.

Sonia came down with the cold and she said she felt like eating chipped beef on toast.

Apparently this cold makes people feel like eating hot things in the middle of summer?

The weather is a little bit cooler today so maybe I will make pizza.

What’s been for dinner this week at your house?

Pretty sure when you have a cold, regardless of the temps outside, you are going to want something hot. Especially if/when it is a favorite comfort food.

We are eating anything I can thaw from the freezer. Last week we got a ton of halibut from our neighbor fisherman and this morning I got an email telling me he got an 83 pound halibut and could I fit 40 pounds of it in our freezer. Yes, please! As a result, our meals have been totally random. Ham sandwiches, toad in egg to use up elderly sausages, hamburgers, chicken sliders, and more hamburgers. I still had bag after bag of rhubarb in the freezer, so I volunteered to bring the treat for a meeting---20 rhubarb hand pies that also used some frozen cream cheese. I also made rhubarb rye bread, one of the few ways I know to use rhubarb in a savory way. Then I unearthed three bags of frozen Mrs. T's perogies, purchased in a weak moment because I can make better homemade ones. We will be eating those tonight and also tomorrow night, because the fish will be here on Monday. I am thankful beyond words for the fish but right now it is a race to free up space.

Do you have room for another freezer? I gave one away a couple of years ago. I just wasn’t using it much. They’re pretty inexpensive especially used.

My kids made a lemon pound cake together last night (one of the Barefoot Countess recipes)! Very proud of them. (Though we did make them eat something that wasn't cake for breakfast before having pieces.)

Those buns are enormous!

Also: We have had that cold this week. :(

Aww, I hope you all are well soon! So far, we only have two down, but I always feel slightly doomed when something like this comes around. It's hard not to catch it from your housemates.

1. What are steamed buns?

2. I think I had the same cold, but my husband made wonton soup. We've never made it before, but this is what we did that worked. I had a pot of homemade chicken broth in the fridge that needed used, and my husband chopped a carrot and some snow peas from our garden and tossed in a bag of frozen Chinese dumpling. It was actually good, and we all decided we'd do it again because the closest Chinese restaurant isn't close at all.

My favorite food on the entire planet was Fried Wonton Soup (or a giant bowl of Happy Family Soup with Fried Wontons) from China Doll Chinese restaurant in downtown Fargo, North Dakota. It closed decades go. They had a very good broth, and light thin fried wontons, which were warm and sort of crunchy after they had been soaking in the broth. I've made my own version (broth, carrots, celery) with fried wontons from my local restaurant now, but it isn't as good. I hope the colds were all one day short-lived sniffles!