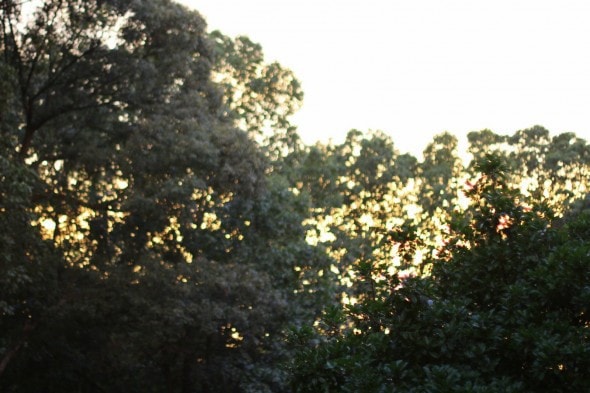 Last Friday, we discovered that Zoe had head lice.   I’d never had them before and my kids never had either, so I took her to the doctor to figure out why her head was itching.

She had a pretty mild case (the doctor had to look really hard to find any evidence), so at least we caught it early.

But even a mild case requires laundering of everyone’s linens, plenty of cleaning and vacuuming, and worst of all, combing and picking through everyone’s hair.

We did treat everyone in the house that same day, as per the pediatrician’s directions, and I’m glad we did, because as it turns out, more than one kid had them.

The good news is that because everyone got treated right away, no one’s case got really out of control.

Everything I read says that no matter what you’re treated with, nit-picking is quite essential, so that’s what I’ve been doing.

But 3/4 of my kids have very thick hair, which means this process is super time-consuming and difficult.

I’ve been spending so much time on hair, the rest of my life is falling apart a bit.

(To wit: The other day I realized I had 88 library books overdue.   I’d barely looked at my email, so I missed the due date reminder.)

(Not specifically because of the library books, mind you.   It’s just that the cumulative effect of the whole lice thing pushed me over the edge.)

Which I realize is a little bit pathetic because it’s not like this is life-threatening.   But still.   It does wear on you after a while.

The last couple of nights, I dreamt about nit-picking, actually.   Oy.

I know, though, that what would make this far, far worse is to not actually get rid of them the first go-round.   So I am trying my darndest to take this seriously and to follow the lice-killing protocol so that we can get them out of our house completely.

Things might be sporadic here on the blog while we get through this slightly challenging time and I just wanted to let you know why.

P.S. I did clean out my fridge, so tomorrow I’ll be back with a Food Waste Friday post (it’s not gonna be pretty, believe me!)

P.P.S. It has occurred to me that with some time behind us, the fact that we discovered a lice infestation on our anniversary will be funny.   But that time is probably a little way into the future.   😉

P.P.P.S. I considered not blogging about this, because I know lice have kind of a bad stigma attached to them. But the stigma will only continue if we refuse to talk about it.   A lice infestation is pretty awful, but it doesn’t mean your kids are dirty or that you’re a bad parent (in fact, lice prefer really clean heads.)

It is amazing how irrational we are about those little creatures. All it truly means if you happen to have them is that you were somewhere and a bug jumped on you and decided to stay and make it its home. :)

I was 30 the first (and so far, only) time I had head lice. My sister, a teen, brought it home from a sleepover. At the time, my mom was recovering at my house from major cancer surgery. I was the first to find it on my head, and was totally freaked out. We had to treat two houses and 6 people total. In the end, the only two who had an infestation were myself and my teen sister, the two with long hair who always put their hair up in a ponytail wet, where it would remain that way most of the day due to our hair being so thick. We spent Super Bowl Sunday in front of the TV, combing each other's hair and looking for lice.

We dealt with lice twice, and to add to the Amen chorus already in play, yep, picking out the nits daily, and looking for weeks, if not months beyond what you think is the end, is the only way to really and truly end the infestation.

Don't be surprised if your head itches a lot during this process; mine surely did even though I never, ever got them. Just the idea made my head itch!

What still makes me mad, even some twenty years later, is that the first case involved my child being invited to a sleepover at the home of a child in the midst of a lice infestation. Her hair was wet when she answered the door, having just gone through a de-licing treatment. So, clearly her mom knew, invited my child to spend the night anyway, and never said a word. Can you even imagine????

The second time involved my 16 year old working at a day care center, giving a child a piggy back ride. Their heads met at some point during the ride, and the rest was history. She was mortified, but I kind of thought it was a cute story. However, after we finally got rid of them, she began putting her hair up into braids before reporting to work. Plus, unfortunately for the kiddos, it was the end of the piggy back rides. :-(

If you want to feel a little better--one of the service coordinators that I worked with in the past got head lice right before she had her baby and went on maternity leave. She was breastfeeding, so she could only us mayonnaise on her head to kill the lice. She said, after having it on her head for three straight nights in a row, with a shower cap on, that she will probably never be able to eat mayonnaise again! I do truly feel your pain, though, and I hope that everything gets cleared up soon!

Lice can be so frustrating. We lived with my MIL for awhile and her granddaughter, who lives with her, had lice. Hours were spent trying to get rid of those little suckers. I don't think people realize how utterly consuming it is. I don't doubt that you had dreams about it. You will get rid of them soon if you haven't already.