I normally share one photo on Tuesdays, but I’ve got extras today!

We took our sleds and some friends over to our sledding hill yesterday, which was covered in snow. 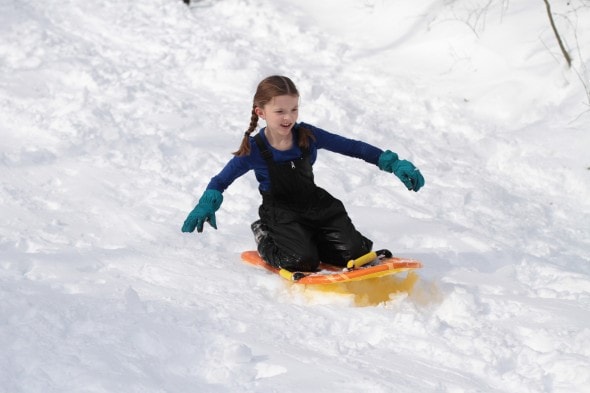 It’s a dead-end road that never gets plowed, so it’s perfect for sledding.   Seriously awesome. 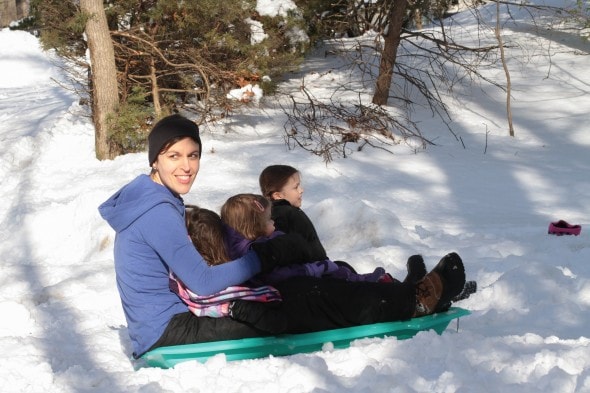 The girls also made snowmen… 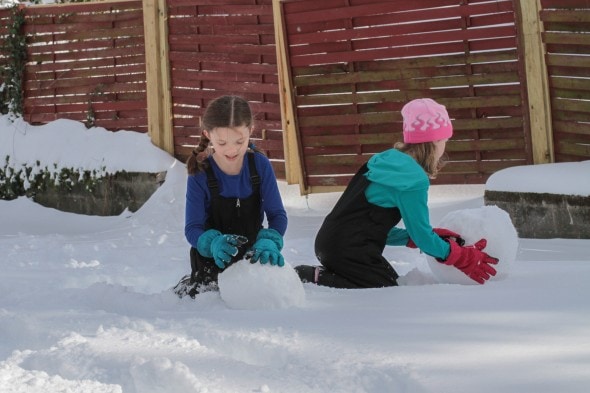 (Notice Sonia’s flame hat, which I ordered to get free shipping??) 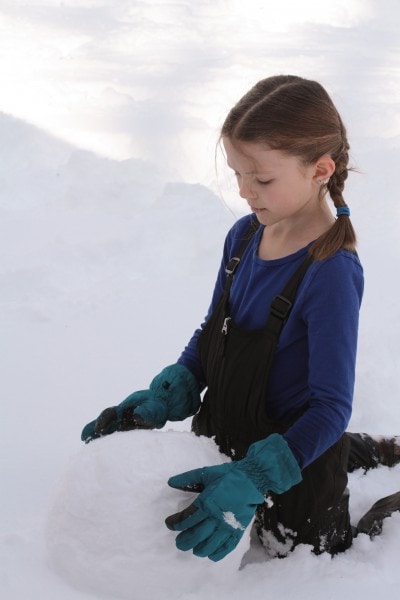 Sonia made some hilarious snowmen, using sticks for faces. 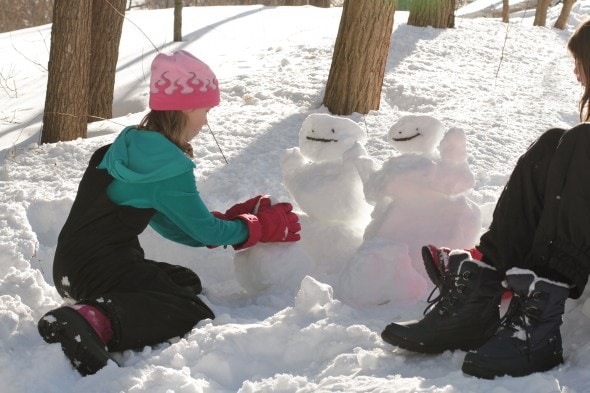 This one’s kind of a snuggly snowman.   😉 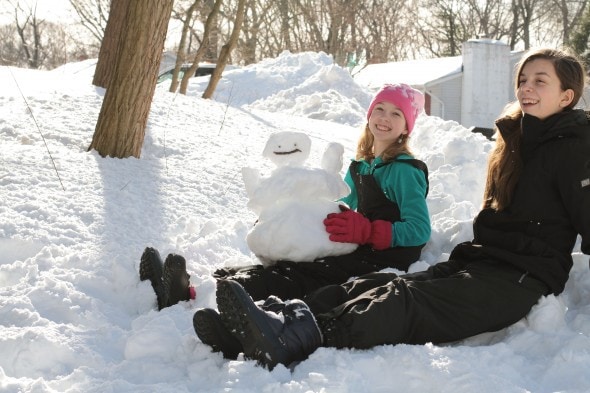 Let’s see if I can find a few frugal things about this set of photos.

When you live in a climate that has snow only here and there, finding good deals on snow gear is really fabulous.   That way if you only use them a few times a year, you still feel like you got a bargain.

(If you live in, say, Manitoba, this is not a thing you probably think about!   Ha.)

P.S. I had fun looking at this 2011 set of sledding photos.   My kids have certainly gotten bigger in the last 5 years!

I have had the same snow pants since my daughter was little (at least 17 years). Since they were too short I took an old piece of elastic and attached it as stirrups many years ago (inspired by The Tightwad Gazette back in the day). I wore them this weekend as we dealt with the 30" of snow we received. My daughter's friend wore my husband's bib snow pants (they're probably 15 years old). My daughter wore a pair that I bought her many years ago. All the snow pants are black and have served us for many years.

I also wore a pair of leather mittens purchased on clearance at Target, in the Midwest, before Target stores were on the east coast and a clearance Land's End hat.

I can definitely confirm that getting a good deal on snow gear isn't terribly important when you live in a cold place! We're in Wyoming and I almost never look at price when I shop for snow gear- it's more important to get gear that's warm enough for our climate. That being said, our thrift stores are always chock full of jackets, and I love Sierra Trading Post for anything I can't find at the thrift store! Their prices are always super low.

Your last comment had me laughing. As a MN resident, winter gear is a "splurge" since they wear it for 4-5 months out of the year and I try to be able to pass it down to the younger kids. The Columbia outlet is my favorite.

So fun! I love that picture of Sonia and Lisey with the snuggly snowman on Sonia's lap!