Hey everyone! We’re going north this week to meet a reader from Finland.

(At least, I think it will be north for most of the readers of this blog; it’s hard to live much further up than Finland. )

1. Tell us a little about yourself

My partner and I live in a suburb near Helsinki, the capital. I work full time in the IT/tech industry, plus do some volunteering in local non-profits. 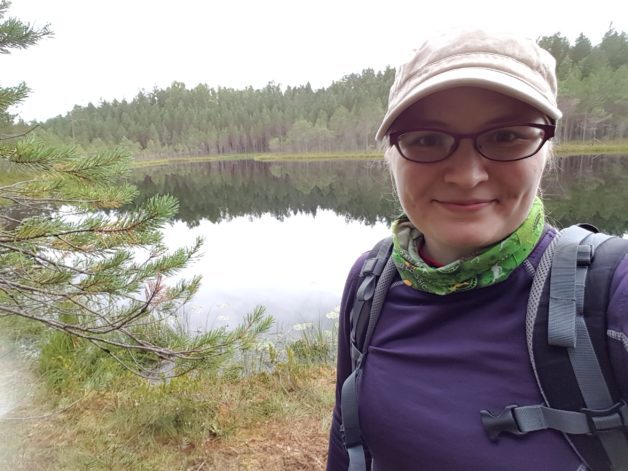 On a hiking trip in one of Finland’s national parks

I grew up in another part of the country, and lately I’ve been thinking of moving away from the capital area.

Both my partner and I have more job opportunities here, though, so moving elsewhere would require some serious planning. We’ll see! 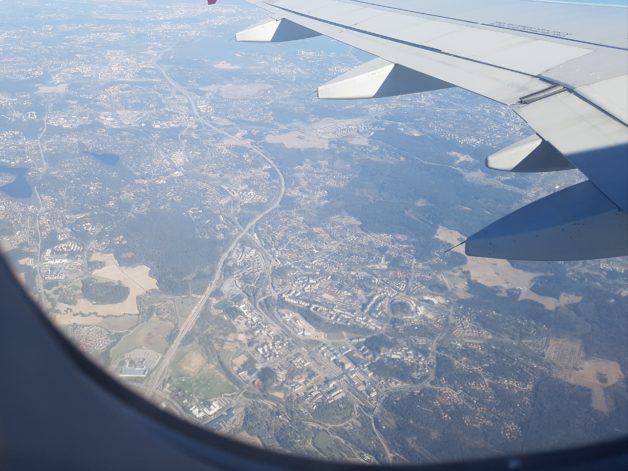 2. How long have you been reading The Frugal Girl?

It feels like forever. Browsing through the archives, I would say since summer of 2009. Time flies!

I like Kristen’s focus on kindness and contentment, plus her posts are practical but also generalizable. For example, ideas for avoiding food waste are useful for me even if I live in another country, whereas posts about sales in specific grocery stores would not be.

We have a semi-detached house with a small, mostly edible garden. 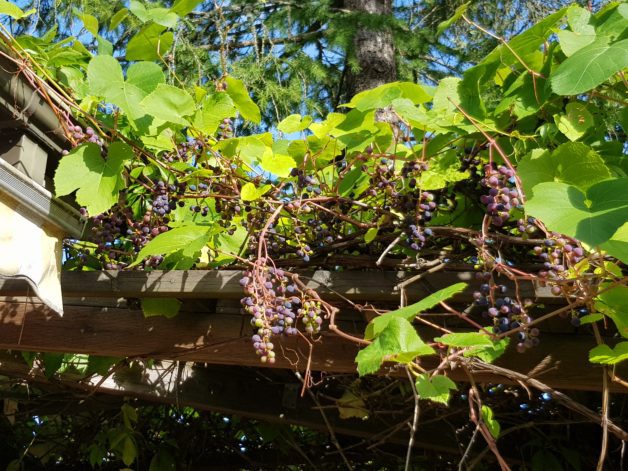 In addition to more traditional plants like apple trees and rhubarb, we also have some less common ones such as black berries and a small grapevine.

I think it already started when I was a kid.

There was a short but severe economic depression in Finland in the early 1990s. It didn’t affect my family directly, but growing up during that period shaped my attitudes.

However, I didn’t think about money too much until I went to university and started living on my own. At that point, frugality was a natural mindset for me.

4. What’s the “why” behind your money-saving efforts?

It has changed over time. Being frugal helped me get through university without student loans.

(One note, though: it’s significantly easier in Finland than in the US, because we don’t have tuition fees.)

It has also enabled me to take more risks in my career.

Currently, frugal living helps me pay our mortgage aggressively. In the future, I hope to be able to help my parents financially if needed, as they are getting old.

Also, I’d like to retire early myself or at least switch to a part-time job later on.

Part of the “why” is also that I try to minimize my environmental impact. Many of my choices are good both for the environment and for saving money. 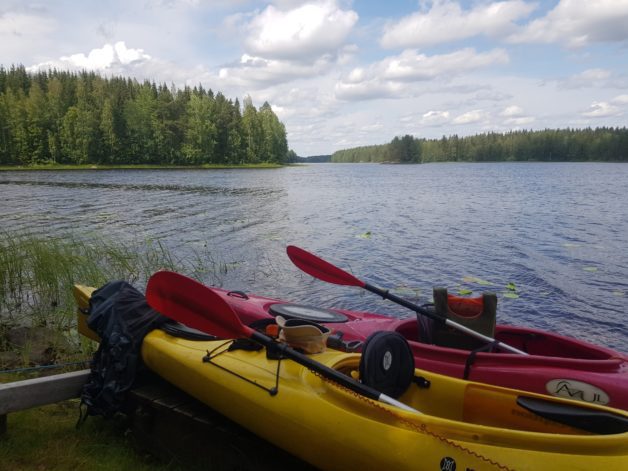 On holidays, we often go hiking or kayaking. Being offline and even off grid is such a relaxing experience for a tech professional.

We live in a less popular area, so our house was 20-50% cheaper than similar houses in some other suburbs. We like the area, though, and love our house, so it’s a win-win! 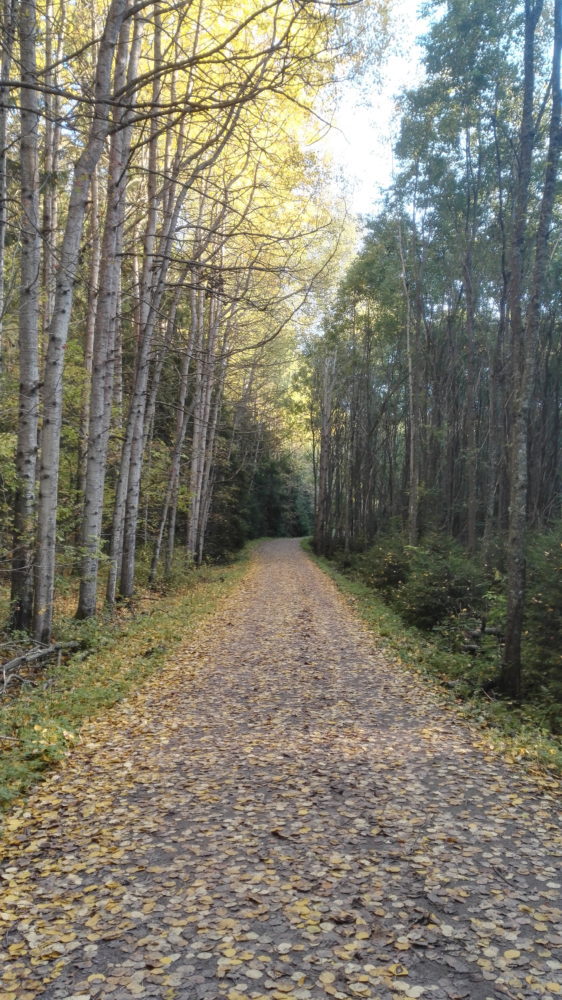 Also, being mindful about lifestyle creep is important. The creep accumulates over time, so I tend to think that resisting it yields increasing wins. 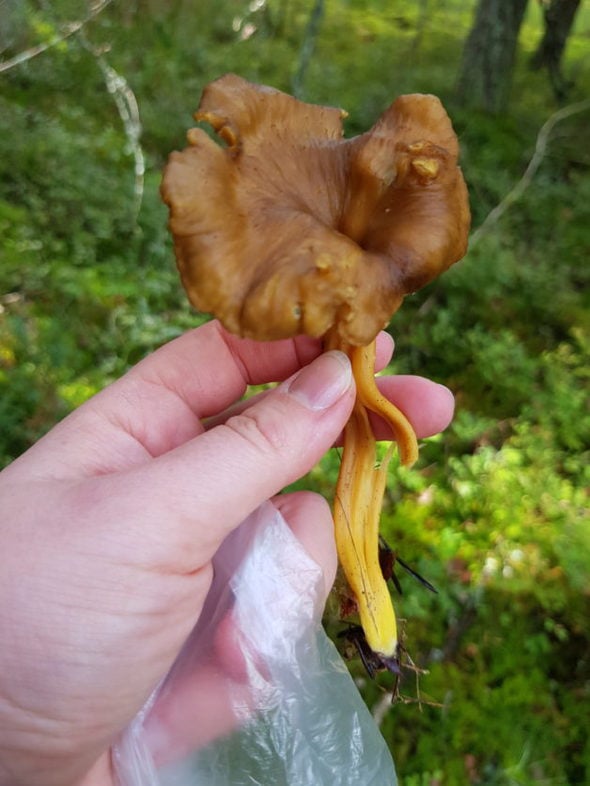 Foraging funnel chanterelles and bilberries. In Nordic countries, we have the freedom to roam, and there are several edible mushrooms and berries in the forests. 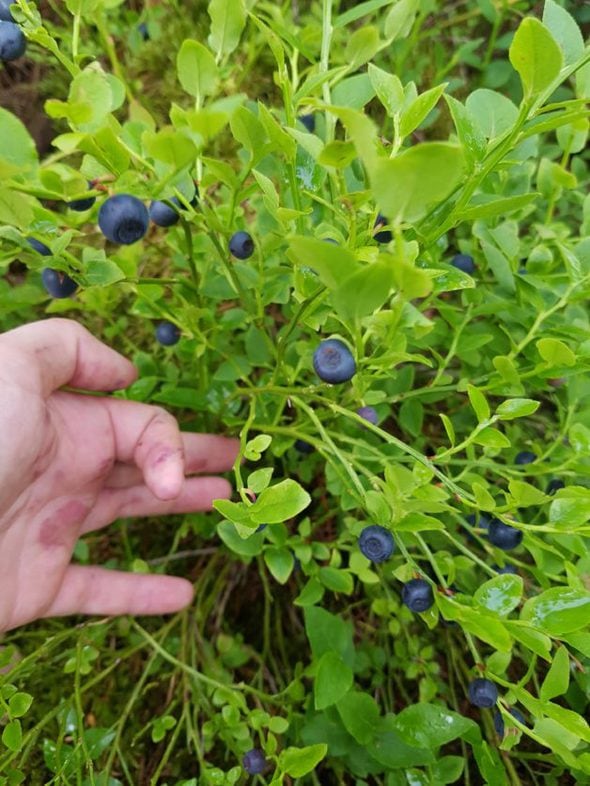 Bilberries, which are European blueberries

In Finland, there’s a special house-saving account with extra benefits available for young people. For various reasons, I didn’t make use of it, which was a dumb mistake.

Another mistake was my first car. I did my best with research and comparing prices, but ended up buying a car that needed a couple of big renovations which I didn’t realize beforehand.

7. What’s one thing you splurge on? 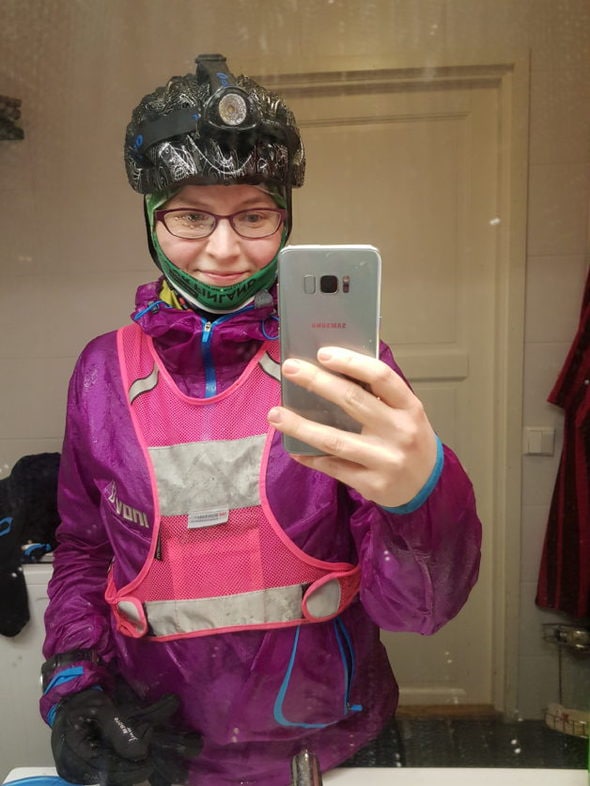 I love outdoor sports and spending time outdoors in general.

With four very different seasons, it means several sets of clothing and gear, even if I try to minimize the amount and buy good-quality, multipurpose items. 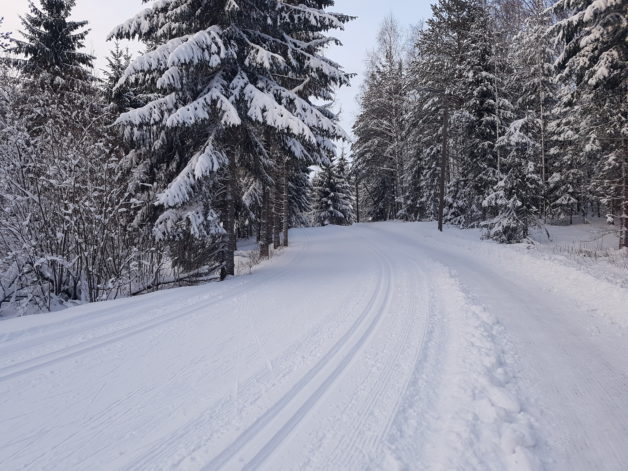 Cross-country skiing tracks near our house. My favourite winter hobby!

8. What’s one thing you aren’t remotely tempted to splurge on?

Anything that feels like a show-off, whether that’s a designer handbag (I LOL’ed when Bee and Emma mentioned this in their interviews – true for me too!), a fancy car, “McMansion” type of a house, etc.

Make an extra payment to our mortgage.

10. Share a frugal tip with other Frugal Girl readers

The three big expenses in life are housing, transportation, and food. Housing and transportation choices are big but infrequent, whereas choices related to food may feel small but they are made on a daily basis so they build up quickly.

No matter what kind of diet you have or how much groceries cost in your area, it’s (almost) always a good idea to cook at home, avoid food waste, plan a menu, compare prices, and stock-pile if you can.

Kaisa, thanks so much for participating in this series! I have a gardening question for you: since you are up so far north, is it a challenge to find things that will grow during your summer season?

Readers, the floor is open for questions/comments for Kaisa!

Lovely photos of your life in Finland. Thank you for sharing. They actually remind me a lot of growing up in Alberta, in Canada, except your trees are taller! The four seasons are similar too. Now I live on Vancouver Island, Canada, and the terrain and climate are very different.

Wow, I just love that picture of the Autumn road and beautiful trees -- would love to visit your beautiful country someday! Enjoyed reading this and meeting you!

Thank you priskill! The autumn colours are really beautiful and even more so in northern parts of Finland :)

Hei Kaisa! It is such fun to read about you. I was fortunate enough to make three short visits to Helsinki for my job in past years. There is no way I could understand the Finnish signposts, although the Swedish signs were partly legible to me. Several of my colleagues speak both. My impression from my colleagues, is that people in Finland are quite outdoorsy. The countryside as I saw it from the air is breathtaking with all those lakes. But living with a relatively small number of people is a vast country poses some challenges in maintaining good Healthcare etc.

Hei J! I hope you enjoyed your visits here :) The Swedish labels certainly have the extra benefit of being useful for many foreigners (at least compared to the Finnish ones)! And yup, being so sparsely-populated country as Finland is has its pros and cons. Providing services in the more rural areas is not an easy feat.

This is so great- to get to know you a little it, Kaisa! How can you write such great English? Did you live in an English-speaking country? I never knew anyone from Finland, although in my nearby city, Waukegan, Illinois, USA, there were many Finnish people at one time, probably the 1940s and 1950s. They had their own social clubs, restaurants, and many worked at local mills then. People wore buttons that said SISU! Now it's all different. I feel so happy to learn about your country and your life! What's your favorite food?

Oh, food! I like to cook foods inspired by Mediterranean (e.g. different kinds of lentil and bean soups) or South-East Asian cuisine (e.g. noodle salads), but also many Finnish classics. A traditional everyday food is pea soup, really nice especially in the winter! For a fancy meal, for example whitefish with mushroom sauce is really tasty.

Thank you Jenny for sharing the story about your nearby city! I knew that there have been Finnish communities in Michigan and Minnesota, but hadn't heard about Illinois.

Many people in Finland speak and write fluent English, for multiple reasons. First of all, all foreign TV shows and movies are translated using subtitles and not by dubbing so we hear a lot of English already as kids. Second, everyone studies at least one foreign language at school, starting on second or third grade. Usually the first foreign language is English. On my part, I have also worked in international companies for several years, using English as the primary work language.

What a beautiful place! My Finnish friend here makes the most delicious mustikkakeitto (sorry if that’s not right) out of blueberries, would bilberries be used too? So tasty!

Thank you Emma! Yup, mustikkakeitto is done using bilberries here. How fun that you have had the chance to taste it! I agree, it's really delicious :)