Since I was gone for four days, the frugal pickings in my life are probably a little slim.

But let’s see what I can come up with! 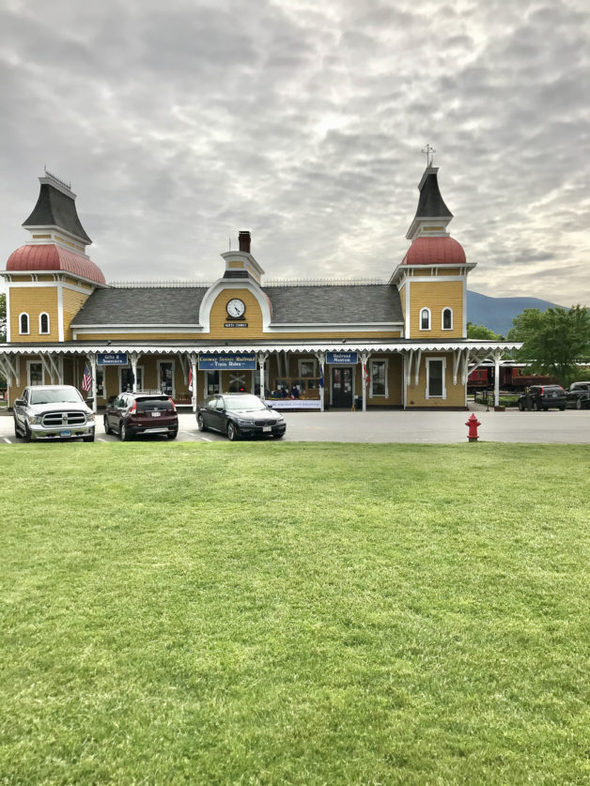 1. I made lunch from what I found in the fridge

After four days away, I didn’t really know what was in the fridge.

In the process of organizing it, I found some mashed potatoes, so I mixed them with an egg, salt, pepper, and some bread crumbs (I toasted a heel of bread and cut it up into small pieces).

Then I shaped them into patties and fried them in bacon grease, along with an egg. 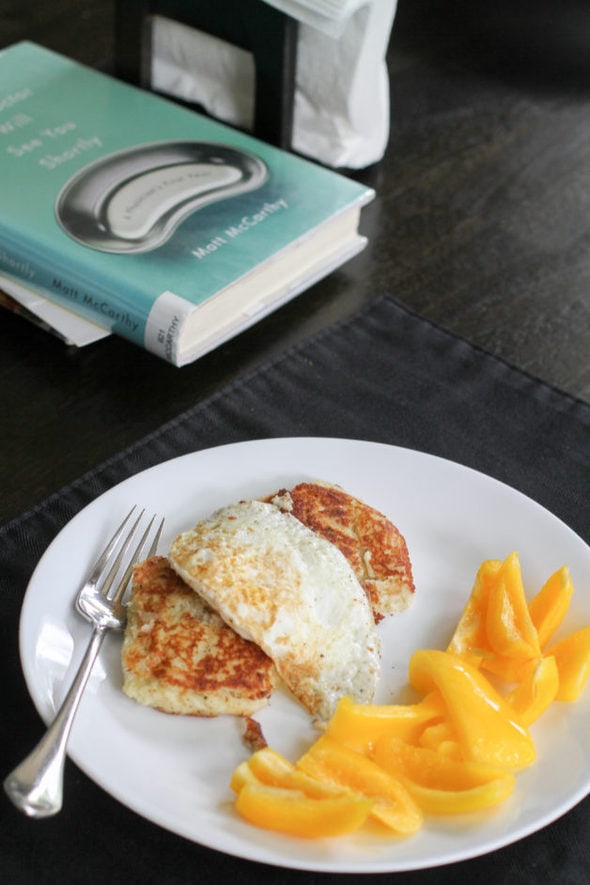 I found a pepper in the veggie drawer so I ate that too, along with some hummus.

2. I used a lemon half in my water

I found a lemon half in a Food Hugger, and I squeezed the juice into my water before throwing it into the compost. 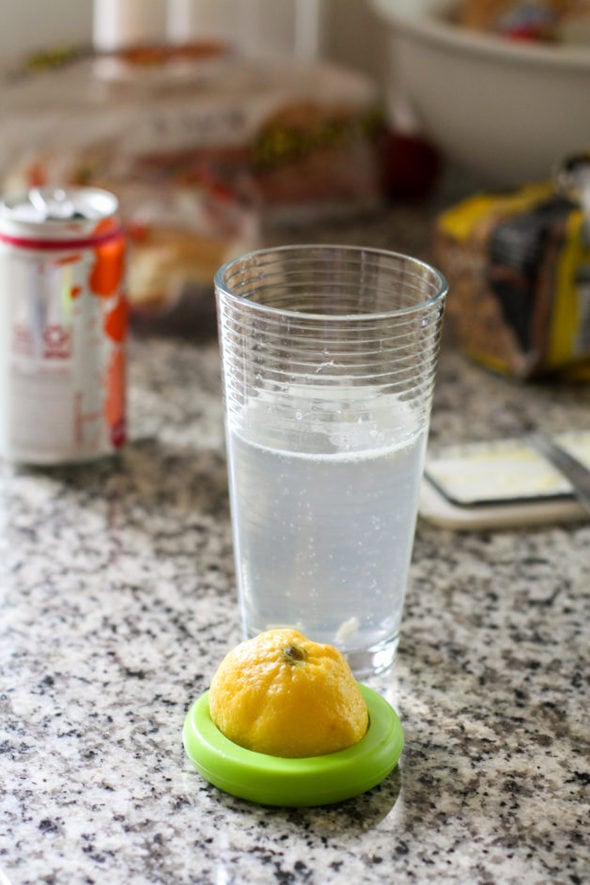 On Monday, my sister and I got dropped off at the airport about four hours before our flight took off.

There was one other flight leaving two hours before our flight, so I checked to see if we could get on. 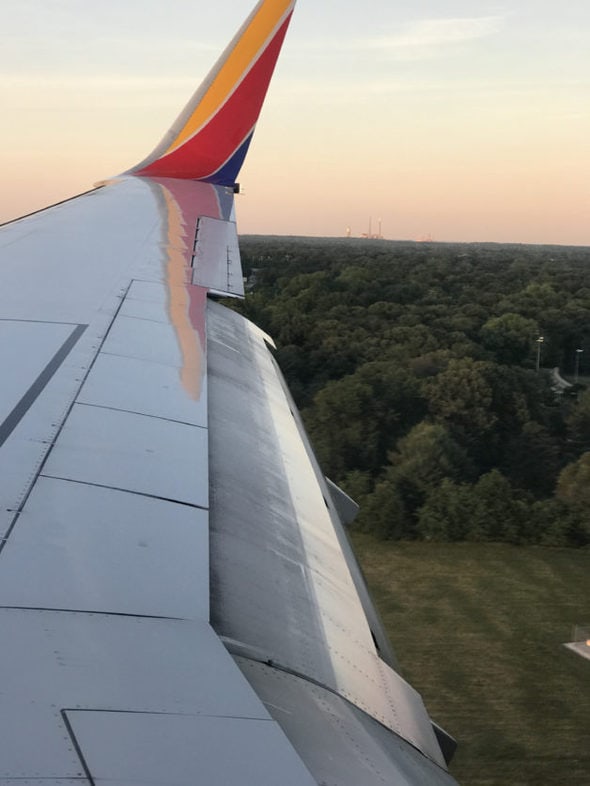 There were two seats available, but we’d have had to pay $218 apiece!

So, we unanimously decided to sit in the airport because that was basically like getting paid $100/hour to sit and wait. 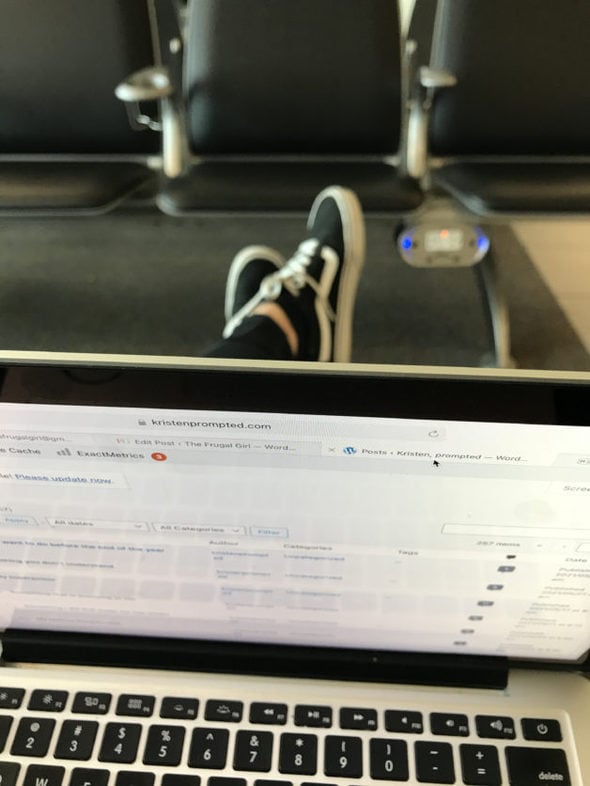 4. I ordered a new case for my phone

I have an iPhone 7+, and I’ve had it in a clear Otterbox for the 2.5 years that I’ve owned the phone.

Somehow, though, the case got a crack in the corner. So, I spent the $14.95 to get a brand new case replacement.

$15 is way less than the value of my phone, even though a 7+ is getting to be on the old side of things. So, it is a frugal thing to invest in a protective case for it.

(I just looked on eBay and my phone is still going for about $200.)

Of course, I picked the case color option that was the cheapest. It’s crazy how much some prices on Amazon vary depending on the color.

And I also picked no-rush shipping so that I could get $1 in Amazon movie credit.

By the way, I have to give props to Otterboxes; I’ve had them on all my phones, with Zagg screen protectors, and I have never, ever cracked a phone screen!

Meet a Frugal Girl Reader | Erika
← Previous
Thankful Thursday | And we have a driver
Next →
Click here to cancel reply.

I cooked dinner at home with leftovers as well. I borrowed my sister's saree for a wedding that I need to attend, instead of buying one. My neighbor is away for 6 months and so she lent me her 10 pound weights to use in the meantime for my workouts. I babysat for my other neighbor numerous times for free and a few days back she gave me a $100 Amazon giftcard.

Love Otterbox cases! My phone gets dropped and flung about so much (guess I'm terribly clumsy) but it has never broken and I think it's due to always using an Otterbox case.

another weird and wonderful collection of wins. 1. due to the ongoing Gas furnace replacement with an electric heat pump, my old gas furnace has been in a state of turned off for two weeks. it has been unusually chilly here; we haven't REALLY needed heat, but I know I would have been tempted. Just got the gas bill and it was considerably lower! And... 2. That is my penultimate gas bill! The new hot water heater was installed, taking out the last gas appliance. I called the gas company and - after repeating about a million times that "No, I do NOT want to pay 42 cents a day to keep the meter installed JUST IN CASE I change my mind", the lovely phone person told me that she was setting my account to not bill me at all, even though she warned me that the gas company would call a number of times over the next few months to try to persuade me to keep the meter. Silly them! Natural Gas is Methane, terrible for the planet the way it is collected, lost, burnt, etc. Besides, I am getting solar panels! 3. Doing a much better job with prepping veggies for future Teri - which means we eat almost all of them in one meal or another. Having #2 son living at home again means I cook proper meals, and he hoovers up the leftovers at random times late at night. 4. Fail - I bought milk to make cheese with #2 son, without considering what the last couple of weeks were looking like. The milk is now a day past due date, tomorrow I am going to check it out and do some massive baking to try to use it up, if it is still ok... GAH. 5. WIN - planned a trip to take #2 to see my mom, left him to help her out and I visited my daughter (#2 and said daughter have had a huge fight so are remaining apart, each claiming the other is at fault). #1 son and his girlfriend came to visit my mom, too, so I got to see them for a quick visit and exchange of 'multiple things' - good use of travel time. And on the way home, #2 son was willing to let me rush into Costco for the 5 or 6 things on my list. I was forced to ONLY get those things as I arrived one minute before they closed their doors, so I didn't dawdle. And I remembered to use my $13 cash back coupon which is coming up for expiration. 6. Grocery savings - found a big bag of 6 bunches of lovely green onions for 99 cents, and a big bag of very ripe tomatoes for 1.99 - usually that store only marks down produce that should be fed to chickens! Used the onions to sub out half the green beans in a recipe I was trying out (they were delicious!) and tomorrow a tomato dish will be invented.

Hooray for all your good moves! Sounds like a very carefully planned move to redo your energy use Milk can be frozen-- discussion of that has been elsewhere on this blog, I'm sure. Shake well after thawing. Also, the onions can be at least doubled if you plant the little white bottoms in dirt to grow new ones. Whenever I have to buy a new plastic bag of them at the store, they continue to grow taller in the bag in the crisper, which amuses me and provides a tiny bit of savings.

I just joined today! The other day a recipe called for breadcrumbs which I forgot to buy. I made my own from stale bread my husband was going to throw out. My mother always did that ! She was very frugal

Rosann: There really is such a sense of accomplishment in doing such things, isn't there! I don't do much with crafting or cooking or even cleaning, but when I can come up with some frugal move, I feel important for the rest of the day.

1) I can't remember if I shared this one, but the school where we work (and that we are leaving) is allowing us to buy our older work macbook pros because they are upgrading anyway. We are only paying $128 US for them, and they "refurbish" with a new battery/reboot. I'm excited about that, because I don't need the newest tech, I just need functional, and my personal laptop is dying. I checked on ebay, and they routinely sell for over $300. so I think we are getting a good deal. 2) I used a star reward to get a free Lychee Cream Frappucinno at the HK Starbucks, which was extremely delicious! 3) I'm in "use up all the food in the house before you move in 16 days" mode, which makes for some interesting combos, but low grocery bills. 4) My sister asked me where I got some tea that I had given her last year, and it was actually a special blend from Emirates Airlines when we flew with them. She wanted to buy some, but it is only available on the airline or through their frequent flyer rewards program. I dug around and figured out my husband had some points left with them and was able to get her 2 boxes for hardly anything on their online shop using those points. She has a birthday coming up, so big score in the great sister camp for me. Haha 5) I used a free night certificate to book a hotel stay in LA the night we fly in.