Every other week, I share five frugal things I’ve done recently.   Before we get to that, I wanted to tell you that the winner of the Amani Ya Juu giveaway is Stacy.   Stacy, Amani will be emailing you! 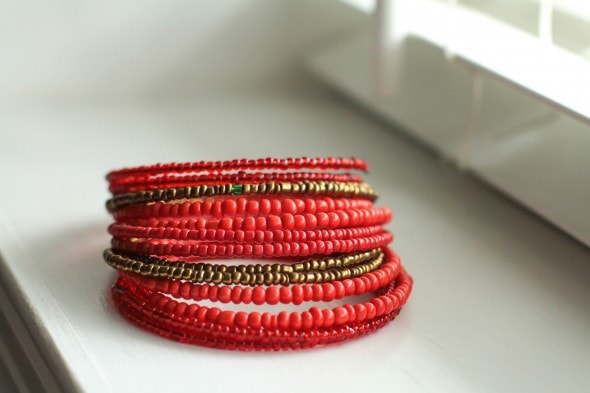 For the rest of you: the Christmas shipping deadline for Amani is December 18th, so you’ve still got a few days to get a holiday order in!

On to the frugal schtuff:

I don’t own a lot of Christmas-specific stuff other than decorations (I haven’t got space for it!), but I do own two Christmas hand towels. 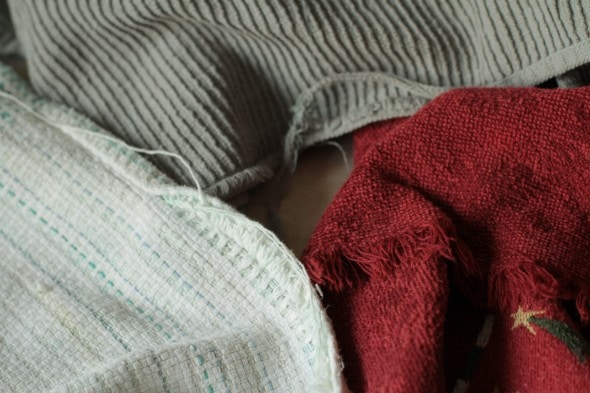 Unfortunately, one of them was coming apart at the sides, and two of my regular towels were having the same issue.

So, I fixed ’em up, using my sewing machine, and they’re good to go now. 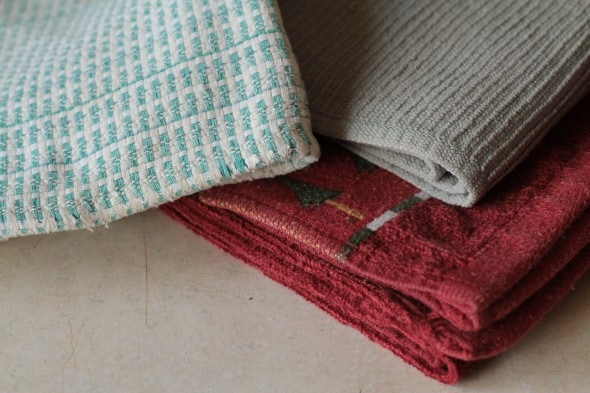 I already owned thread that matched all three towels, so this project cost me nothing out of pocket. And it didn’t take that long either (yay for straight seams!)

2. I glued our catch game back together.

We’ve been having unseasonably warm weather here, so the other day, Zoe and I got out our velcro catch set only to discover that several of the catchers (they’re not mitts, exactly…) had cracked. 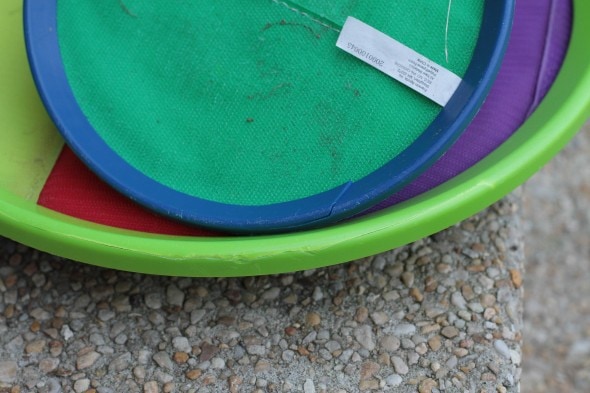 I’m not sure if someone stepped on them or what.

I got out the glue, though, and did my best to put them back together.   They’ve finished their drying time, so now Zoe and I just have to give them a try to make sure they’re good to go. 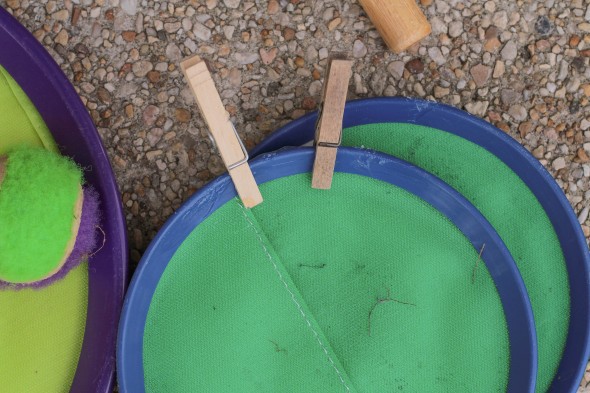 The cracks on these were fairly small, so I’m pretty optimistic about them staying together during use.

I’ve mentioned before that my neighborhood is plagued with voles, which, unlike moles, actually eat the whole root or bulb of a plant.

I love the idea of bulbs because you buy them once and then theoretically, you have flowers forever.

If you have voles, though, that’s not the case.   In fact, buying tulip and hyacinth bulbs is sort of like burning money.

I decided I was very over buying tulips only to have them eaten before they even bloomed once, so I googled to find vole-resistant bulbs and discovered that daffodils and blue muscari are both good bets.

(I wasn’t surprised to read that about daffodils, because the voles have never bothered the ones I’ve got planted.) 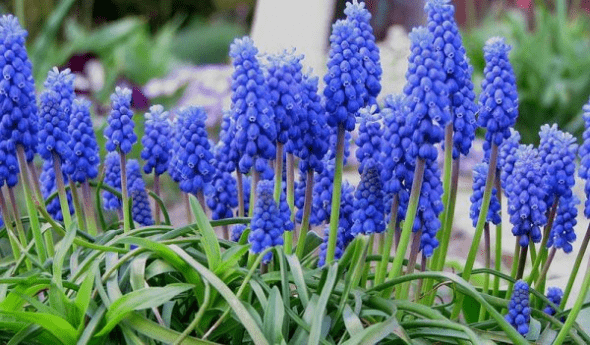 So, I ordered multi-packs of both and planted them in my borders.   Hopefully in the spring, I’ll have some lovely flowers, with no worry that they’ll be eaten.

(Here’s the blue muscari I ordered. And I ordered this daffodil mix, which is supposed to provide blooms between February and April due to the variety of types.)

This is one of those gauze-y sort of reusable bags (you know, the kind they give as freebies everywhere). 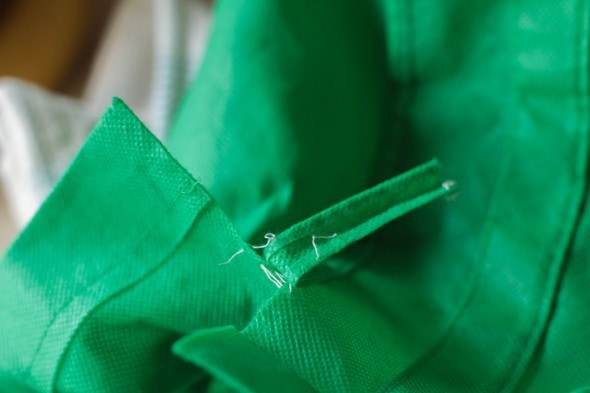 They’re not my favorite thing ever because the “fabric” they’re made of just doesn’t hold up over time.   It wears thin and gets holes and then the bag eventually becomes useless.

Anyhow, this bag was coming apart at a corner, so I sewed it back together. 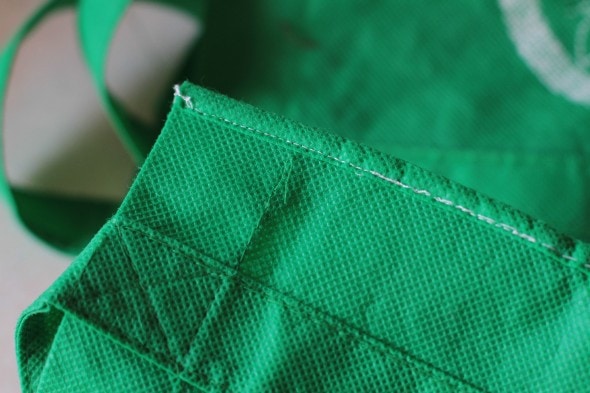 The bag isn’t going to last nearly as long as my cotton tote bags do, but I figure it’s smart to extend its life as long as possible. 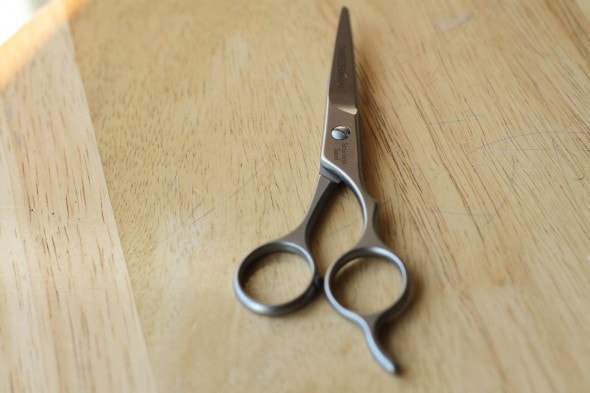 How about you?   Join me by sharing Five Frugal Things in the comments.

This post contains affiliate links, which help keep the lights on around here at no extra cost to you.

1. I always check my receipt before leaving a store. It's easy to bill you for an extra item if it rings through twice by accident or to have incorrect produce code entered resulting in paying extra or item in your cart was listed on sale but is full price on your bill.

3. Bought extra meat that was on sale, portioned it and froze it

4. Have been using my at home espresso machine to make lattes. I was tossing an unspeakable amount of money at lattes the machine has paid itself off in a month.

5. I made a tv stand out of milk crates and a extra tier from my IKEA shelf. I moved in November and had been considering buying furniture but we are using what we have and getting creative. Instead of buying a new couch we bought a folding futon. I have no interest in keeping up with the Jones'. I find that being simple gives me a huge amount of satisfaction.

Kristen, I just discovered your website and love it! It will help me with my New Year's resolution of living more frugally. I especially love "Five Frugal Things" and reading everyone's comments.

Welcome, welcome! So glad to have you along for the ride.

1. Took home tamales from community Holiday party and ate for breakfast and Dinner for 2 days. 2i send out the Christmas cards I get from charities to friends and family. 3.used 50% off to order workout clothes through Lands End. 4.look up a book I wanted on Amazon and then request it on the internet through the library. 5.checked on OTC ointment for husband at Walgreen to find which store had in stock before going out to many stores where it was out of stock

A retired gentlemen in my town used to run a small sharpening business and took care of my hair shears and sewing shears. He no longer provides this service and I was SHOCKED to find out how much it costs for sharpening elsewhere. Does anyone have a low-cost solution for tools such as these that require precision sharpening?

I'm not sure what to suggest. I've only owned one pair of hair shears before and they were just a cheap pair that came with a hair clippers, so when they got dull, I just replaced them. These are a better pair, though, so when they get dull I'd like to sharpen them.

1. Picked up a fisherman's vest my husband has been hankering for a long time for $3 at a 50% off sale at a thrift store. 2. All my holiday cold cuts and some cheese at deeply discounted prices (overruns they were, I think) at a local grocer. 3. Made most of the "beauty care" gifts for my son and his fiancee from materials I had on hand (much from last year's gift-making spree). 4. Packaged up seeds from some of my prolific annuals for stocking gifts. 5. Made my own chalk board paint with black latex paint I got from our Hazardous Waste Depot -- they put partially full containers of paint on shelves in a trailer for folks to shop through for reuse. Used some to convert a cork-backed placemat with a torn paper surface to a chalkboard for my garden shed and packaged some for handy-person gifts.