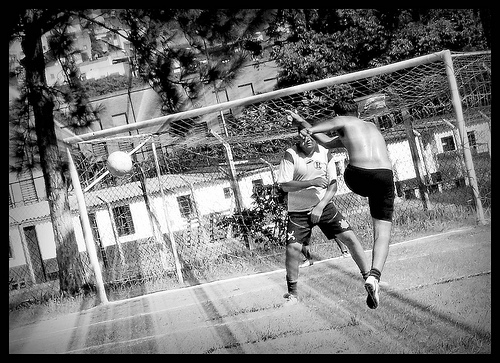 If you’d like to get up to speed, check out my original goals post, and my last update.

This has become a little bit tougher now that the weather has warmed up(at least, it did for a little while. Now it’s cool and rainy!). When it’s 78-80 degrees in my house, the last thing I want to eat is piping hot bowl of oatmeal. Neither do I want to bake a batch of muffins(the muffins aren’t that hot, but the oven makes my kitchen way too warm!).

So, I’ve decided that I need to work on some warm-weather non-cereal breakfast options. Here are a few ideas I have:

I made this a fair number of times last summer but I sort of got out of the habit over the winter. I think it’s time to dust off the jelly roll pan and get into a granola-making groove. Granola is nice and cold, and it will be a good summertime use of oatmeal.

We typically eat yogurt at lunchtime, but since my homemade yogurt clocks in at less than $1/quart, we could certainly afford to eat more of it. I could make some yogurt smoothies, or we could eat it topped with granola.

While the weather is warm, it’s a lot easier to obtain fresh fruit cheaply, so I think I will try to keep more around in the way of melons and other fruits. and of course, if I make a yogurt smoothie at breakfast, that will contain fruit(and sometimes a vegetable in the form of spinach).

After the initial baking, the only heat generating thing would be the toaster, and that’s not nearly as hot as the oven.

If you have any not-hot breakfast ideas, leave me a comment!

Um…not doing so well with this one! As I’ve mentioned before, I’ve been pretty busy with side work, and that has caused me to fall a bit behind with some things, Quicken included. We haven’t exactly been spending a lot of money, though, so I’m actually not that far behind(less spending=fewer transactions to record!).

I have $422 in that account right now, which means that I have an extra $140 to use each month in June, July, and August. I was hoping to have an extra $300 for each month, but as I mentioned last month, I think I should be able to get some photography income this summer, so I’m not terribly worried.

I think we’re doing the best on this goal. 🙂 We received our state tax refund(finally! I paper filed to save the $30 e-file fee, and boy, I got what I paid for. I’m still glad I paper filed, though, because we didn’t really need the money right away, and I saved $30), I’ve gotten paid for an awful lot of side work, we’ve been very spartan with our spending, and we also refinanced our house, which means we’ll be getting all of our escrow money back from our old loan.

All of those things will, by the end of this month, give us a little over four month’s worth of expenses, and that is making me a very happy camper. In an economy like this, it’s a very comforting feeling to have a decent cushion.

If the worst this economy has to offer happened(we both lost our jobs and we had no unemployment income), we could live on this money for four months(we need about $2400 a month on a bare-bones budget). Obviously, though, we’d apply for unemployment if we lost our jobs, and besides, unless the economy got very bad, I wouldn’t lose my piano job at church, and I probably would still be able to earn money teaching piano and doing photography. So, in reality, we’d be able to live for quite a lot longer than four months on our current emergency fund.

We’ll keep plugging away on our savings, of course, but I’m very pleased with our progress so far!

The Frugal Girl » You know what makes a really tasty breakfast?

The Frugal Girl » Goal Update for July (and June, since I missed it!)

Calimama, tell me about this slow-cooker granola! Do you have to stir it?

Trish, I would think you could use soy milk without a problem. I've never done it, but it would be worth a shot. Maybe try making a small batch?

I just read your recipe for homemade yogurt, which I've been wanting to try for a while but most of the methods seemed intimidating. Thank you for making it so simple! I do have a couple of questions. First, how long will the yogurt be good in the refrigerator? Second, can this same method be used with soy milk? My daughter can't eat dairy and the soy yogurt is killing my grocery budget!

Almond milk smoothies are our favorite summer breakfast food. I make a big batch of almond milk by soaking 2C of almonds overnight and then blending them with 8C water in the blender for about 4 minutes. I strain the blended mixture through a clean dishtowel into my big pitcher. The milk will stay good in the fridge for about 5 days. To make a smoothie, I take 3C almond milk, 20 fresh strawberries, 2 frozen banannas and one mango and I blend until smooth and wonderfully tasty! I like to add about 2Tbsp maple syrup to the mixture before blending, but you don't have to. My kids seriously go bonkers when I make these. I act like I'm giving them a treat, but it's all good for them!:P