last night and came across an article with this title. I thought it was so good, I really wanted to type up the whole thing and share it with you here.

But I’ll just summarize instead.

In the article, Dacyzyn is talking about people’s tendency to base their spending on their current economic conditions…when cash is flowing, spending tends to go up. And when times are hard, people trim back because they have to. 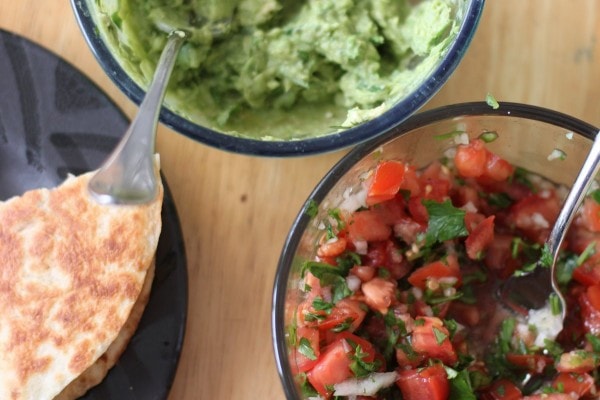 Of course, being the frugal zealot that she is, Dacyzyn recommends living at a modest level no matter how the income level fluctuates, and I tend to agree with her.

Because if you know how to live a rich life without a lot of money, you can weather the financial ups and downs of life pretty darn well.

During good times you can live happily on less than you make, sock away money for a rainy day, and give generously.

And during bad times, you can still live a rich life, and your savings should get you through most disasters. 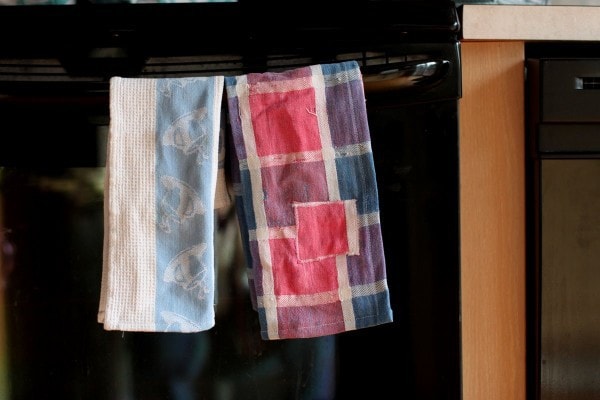 Conversely, if your spending curve follows your earning curve closely, you won’t have much in the way of savings to carry you through the down times. And if you’ve become accustomed to living large, down-shifting your life during the bad times will probably feel sort of…awful.

A few years ago when Mr. FG’s company decided to outsource all of their IT jobs, we were facing the prospect of unemployment. Though we certainly weren’t happy about it, we were a great deal less terrified than we would have been if we were saddled with debt, and had no savings or frugal skills…we were so thankful to be in fairly good shape for facing unemployment.

(Here are three ways we prepared for unemployment.)

Here’s a quote from Amy herself that’s too good to summarize:

“To some, constantly cruising a long at a spending level that’s near the bottom of a family’s cyclical income sounds like a life of permanent deprivation.

But if there is one thing I’d like to hammer home, it is a new definition of deprivation.

To me, [real] deprivation is a lack of security-the constant nagging feeling that the tiniest downturn in one’s income, or the smallest domestic disaster such as a blown engine or broken window, can wipe you out.

We don’t place much value on this feeling of security in our culture because it doesn’t have an ad campaign on TV, it’s not promoted by our political leaders, and it doesn’t surround us with lots of visible stuff with which we can easily impress our neighbors.

But anyone who has live without security and then slowly, patiently acquired it knows that it’s more satisfying to own than any consumer gadget.”

Now, if you’ve been reading here for a while, you know that I’m not opposed to thoughtful lifestyle inflation. And you know that I don’t advocate living a miserable, deprived life either. 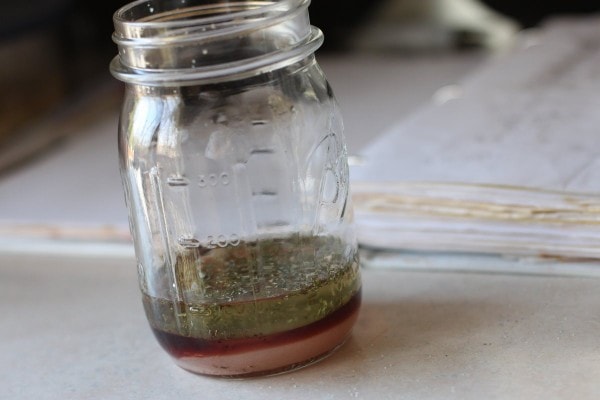 What I do encourage is living within your means by wisely choosing frugal activities.

Ooh, and learning to be content with what you’ve got will help you to save during the good times and keep your chin up during the bad times.

If you’re experiencing an up-turn at the moment, seize the golden opportunity to save for the future.

And if you’re in the opposite situation, use this time to learn how to thrive on less (with some creativity, you might even be able to do some saving), and then when times improve, you’ll be in a great place to save and give.

P.S. If you haven’t read The Complete Tightwad Gazette

yet, you totally should. It’s a little extreme in places, yes, but a browse through that book always reignites my passion for frugal living. Your library should have a copy, and half.com usually has some too. Even a brand new one at Amazon is only $15, and it’s an enormous book.

Today’s 365 post: The jeans drawer WAS getting a little empty…

Like some of the other post, I read the blog very regular, but do not usually post. However this one was great! I have not looked at the tightwad book in a long time, so I bought it for the collection off amazon. I usually buy used in good condition. With shipping I am paying around $8 for something I will have to reference and share for years to come. Also I wanted to give my two cents on the social aspect of living frugal, we love our friends and socializing. We just went to the circus last night, here is the difference all of our friends bought their tickets from the website directly, we bought ours from a google search link and we paid $ 25 for a family pack. Same seats, great night out, but the other families paid $45-$69 for the same family packs. Being frugal for us does not mean giving up friends and social situations, it sometimes means for us just taking a minute to research for a coupon or code!Just wanted to say thanks for the great post and book tip! Love reading your blog with my coffee! Have a good weekend!

Carrie @ In the sweet sunshine

Wow I haven't heard of that book in a loooooong time. My mom had a copy that I used to sit and page through and find fun crafts and ideas I could do as a kid. Thanks for reminding me of it, I might have to find it at the library. :) Thanks for these tips too!

Currently, we have a mortgage, a car loan, a renovation loan from the bank and a renovation loan from my parents. All our fixed monthly outgoings are covered by my salary. My dh makes less money, and what he earns is spent on the non-fixed needs (clothes, savings, etc). We are saving hard to pay off our loans, and hope to bring our monthly fixed spending to less then dh's pay. Then, we can use my salary to pay for extra pension, travel, haircuts, etc. (of course, after we have saved at least 6 months' worth of expenses). I really hate to see so much money going to something that we already own; it doesn't feel 'mine' yet.

What a great post, Kristen! It's so wonderful reading your insightful posts. I definitely agree with everything that you say. I think it's really discouraging to see so many people who live way beyond their means and then don't know why they don't have any money. Every time there is a little bit extra it all gets spent too. My dad always spoke of the proverb that states that it's not how much money you make, but how much money is left after you spend it that matters. I guess it really all comes down to behavior and the choices we make on a daily basis. Our society today doesn't like to wait for anything. We are so consumed with getting what we want at that very moment. It's no longer common to save up for something but instead people just get it on credit and then live in debt. I grew up in a family of immigrants and my parents were very conscientious about spending and saved up for what we needed and wanted. In fact, my dad built our house a little at a time instead of borrowing a lot of money. I am so proud of them. Not only were my parents frugal, but they worked very hard to achieve as much as they could. My dad has his own business and my mom got her RN license while raising 6 children. America is an incredible country, and we are so thankful and proud to be American citizens. We really are blessed in this country, yet so many times we take it for granted and don't make the most of the opportunities that we have and make wise decisions about what we do have. My husband and I are in the process of adopting 2 children from Russia, and we are so thankful that working hard in this country allows us to be able to do something that has been a dream of ours for so many years.

HA! I think that is my favorite (and most memorable) article from the Tightwad Gazette. I often quote it to friends and family. It is a great reminder, especially after living through a lean patch in life. It may be sunny now, but it will definitely rain again later. Better be prepared.