Remember Zoe’s ambulance trip to the ER back in May? Well, the bills have started to roll in from our 6 hour stint in the hospital (they actually didn’t treat her in the hospital at all…they just monitored her. All the medical help was delivered in the ambulance and she was pretty stable and calm by the time she arrived at the hospital.).

Why is it so much if we have insurance? Well, each person on our insurance plan has a $200 deductible to meet each year before services are covered at 80-90%, and Zoe had met $0 of her deductible.

It hurt a little to pay the deductible, but I comforted myself with the thought that at least anything else that happened to Zoe this year would be covered.

Not so. While talking to the phone rep, I received the unfortunate news that the plan year resets on June 1st, so we paid $200 to meet Zoe’s deductible, and it only lasted for a week or two.

However, I’m the Pollyanna type, and I’ve managed to think of some things for which I can be grateful.

1. Zoe (and the rest of us) are rarely sick enough to meet our deductibles. We routinely arrive at the end of a plan year with only a minimal part of our individual and group deductibles met. Honestly, I can count on one hand the number of times I’ve had to take my children to the doctor for a sick visit in the last 5 years (and the other 5 years would probably only require my other hand)…their charts are filled with almost nothing but well-child visits, and I’m so thankful for that.

2. This is probably a one-time occurrence, not an ongoing illness, which means that in the grand scheme of things, it’s really not that expensive. If our portion of Zoe’s hospital bills are in the hundreds of dollars already after a 6-hour non-admitted, monitoring stay in the ER, I can only begin to imagine the hospital bills for children who have chronic or life-threatening illnesses. A couple hundred dollars is nothing compared to that.

3. I live in a country where good medical care is available and hospitals are plentiful. I’ve lived here all my life so I often take this for granted, but there are millions of people on this planet who live in countries where medical care is almost non-existent. That’s just not the case here…the medical system isn’t perfect, and not every physician is up to par, but it’s as good here as it is almost anywhere else in the world (and the 911 emergency system here is pretty darn good too.).

4. We have insurance. It’s not fabulous insurance (the stories I could tell you!), and since we’re sick so infrequently, we usually end up spending more money on premiums than we would if we just paid for our doctor visits out of pocket. But, I’m grateful it’s there in case something serious does happen to one of us.

5. We have the money to pay the bills for her care. For a lot of years, we weren’t able to set much money aside into savings (despite faithful frugal living!), but we have more income now (yay for a career switch from warehousing!) and so we are in a better place. And though a hospital bill still isn’t my favorite piece of mail, we’ll pay it and we’ll be fine.

6. Most importantly, Zoe is alive and well, and no amount of money would be worth trading for that. I’m so, so thankful for our 911 system, for the ambulance and for the paramedics who helped Zoe, and I’m VERY grateful that there’s nothing seriously wrong with her (it was just a bad case of croup). We love our Zoe to pieces, and we’d all be a wreck if something happened to her. 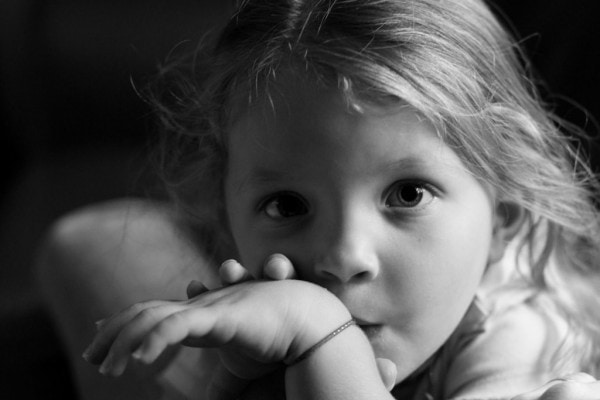 So yeah…an ER bill or two is not the end of the world. 🙂

If her treatment date was BEFORE the end of your plan year, your deductible WAS meet, and that bill should be paid at your 80/20. I know this because I used to work for an insurance company, and I have a daughter who was born with a congenital heart defect and I'm constantly getting payments straightened out after getting our EOB's. It goes by treatment date, not billing date. And you will have up to 1 year to contest it. Good Luck.

We actually received a phone call this morning from the hospital where my 3 year old had an out patient dental procedure. This is getting very expensive and our insurance doesn't seem to be helping. I am trying to stay positive, but it is oh so frustrating! It was a very necessary procedure, so she is a happy and healthier girl as a result, but we are not made of money!

I agree with all of your "Pollyanna Points", there are so many blessings, sometimes it is just hard to make sense of the language of medical bills. I guess we have to be careful to not grumble too much and then just look into our dear children's faces and remember that it is worth it! But the hospital will understand what we think about this! :)

I love your perspective and post. Although, I must admit to being a bit envious of your insurance!! Our deductible is $5000 (down from $10,000 last year!) and our monthly premiums aren't great either. I'm having a hysterctomy in November and since we are healthy, we haven't used much of our deductible. Thank goodness for an emergency fund that will help with that expense. 2 years ago, we wouldn't have had the money in savings to pay for it. God is great and always provides for our needs!

I am so glad Zoe was okay! That is truly all that matters :)

So glad to be Canadian. We might have to wait in the hallway for two hours, but no big bills show up later on down the road!

"the medical system isn't perfect, and not every physician is up to par, but it's as good here as it is almost anywhere else in the world (and the 911 emergency system here is pretty darn good too.)."

typo? The US healthcare system is the WORST of the first-world. It's not "as good" as anything.. the only way it does shine is when you compare it to the countries where people have no healthcare whatsoever -- as you did in your post. Otherwise the American medical system can only bee seen for what it is: a colossal money-drain that leaves it's citizens both bankrupt AND uncovered. Adequate healthcare in the USA is a luxury of the rich, everyone else either gets to suffer or pay dearly.

I haven't experienced other first-world care (though I have experienced government-run military health care, and I wasn't too impressed!), but from what I hear from my overseas friends, their care is pretty far from perfect. There are some upsides to it, yes, but there are also some pretty big downsides.

And in Europe, good care is often a luxury of the rich as well...if you want prompt care, you have to pay for private doctors, and that doesn't seem like an improvement over our current state (and as I said before, I think our medical system is really flawed).

When I wrote this post, I was mostly thinking of areas of the world where Zoe could have died from her croup attack, and I am very grateful that I don't live in one of those areas! :)