I just have some randomness to throw at you today.

I’ve been making tons of applesauce. 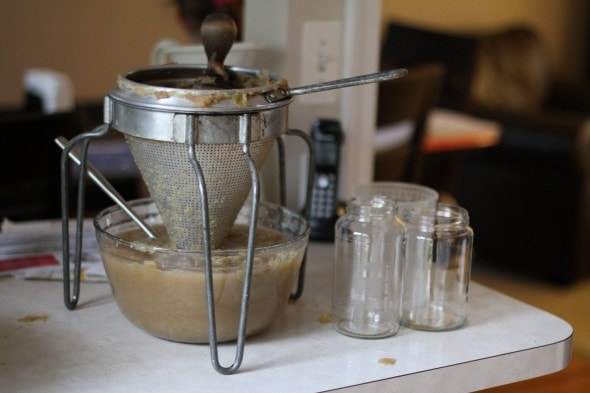 Well, not tons, but enough for me to fill up pretty much all of my containers.

(note the motley collection there, waiting to be filled.)

When you run out of containers, you should probably stop making applesauce.

I believe this means that the rest of our apples are going to have to become apple crisp or something.

(I’d make apple pie, but I don’t really like pie, the crust part at least, and so I hardly ever make pies which means I am completely dreadful at dealing with pastry dough.)

Apple crisp, though, is totally happening.   It’s all the good parts of apple pie with none of the bad.

I butterflied, salted, and roasted a chicken the other day. 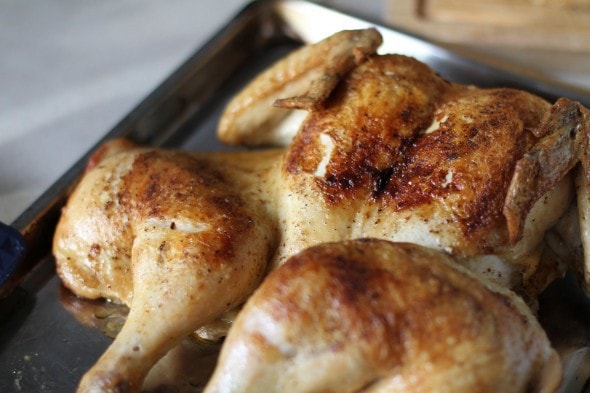 When I butterflied it, I saved the raw backbone along with all the bones from the chicken and put them in my freezer.

I did not let them sit there for eons, because I am KEEPING MY FREEZER CLEAN.   😉

So I browned the backbone in a pan to render the chicken fat, added chopped onions and sauteed them in the fat, added the rest of the chicken bones, and made a pretty darn impressive pot of golden chicken broth, if I do say so myself. 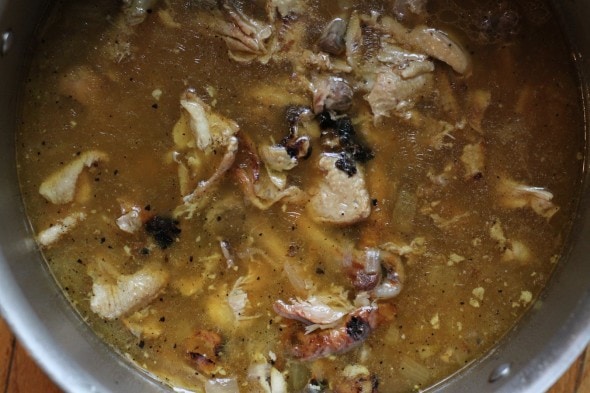 Then I sauteed some veggies in the chicken fat that I skimmed off the top of the broth, and added chicken and noodles to make a pot of soup.

I made a not-from-a-box chocolate cake yesterday, for my children’s education (more on that in a minute).

It came out of the (buttered and floured) pan so beautifully, I had to take a picture. 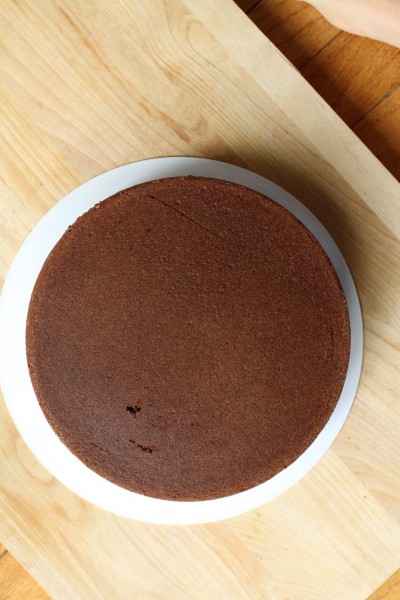 I’ve been using the Story of the World curriculum for Sonia and Zoe, and our chapter was about the Taiping rebellion in China.

Why make a cake?

Well, after we cut out a stencil, we turned our cake in a large replica of a coin they minted during the rebellion. 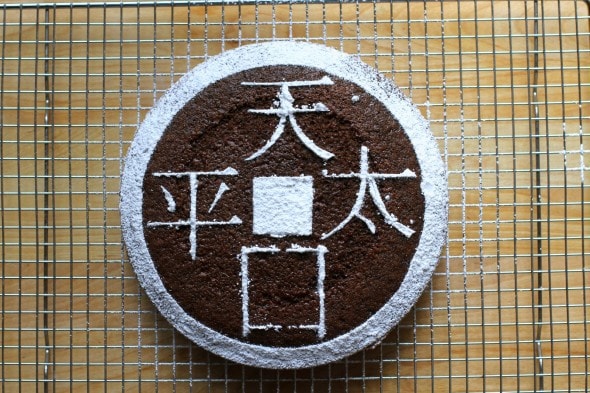 Apparently the Qing dynasty destroyed most of the coins after the rebellion failed, but a few were still found.

Of course, if you follow me on instagram (I’m thefrugalgirl, naturally.), you already knew about all of this.   😉

Even without the chocolate parts, Story of the World is a ridiculously good history curriculum, and gosh, I wish it had been around when I was a kid.

I made three loaves of bread, plus the cake yesterday.   But when it came to dinner, I had no inspiration.   I’d planned a meal, but hadn’t gotten to the store to buy what I needed.

So we got pizza.

However, I had a Groupon for a local chain, so it was a very inexpensive night of not cooking.

I think that’s all the random stuff I have for you today.   Have a delightful weekend, and I will see you back here on Monday!

I know this comment is late, but I just wanted to say that I'm not a fan of traditional pie crust in apple pie either. So I did some experimenting a few years ago, mashed together the best-looking parts of multiple recipes, and came up with an apple pie recipe that uses a graham cracker crust instead. Pretty tasty, IMO!

We got through all our apples because I chopped up one to mix with my oatmeal every morning. It adds a bit of sweetness, and is healthier than brown sugar! The 5-year-old took one in his lunch most days too. Between us, we went through 8-9 a week that way. Coupled with normal snacking, this made two giant baskets disappear before anything rotted. Not too much baking required!

Yes! My husband made an offhand comment last night about the crust being the best part of any pie, and I looked at him in astonishment. He claimed, "It is a commonly known fact." Glad I'm not alone! (And I adore apple crisp)

See, he has it all wrong.

The crust is the part of the pie that you leave on your plate after you've eaten the delicious filling. ;)

If you don't already have an apple crisp recipe, may I suggest the Classic Apple Crisp recipe on the King Arthur Flour website? I have made it several times already this fall, and I may make it again this weekend. Leftovers make for a yummy breakfast too!

The cake is fab!