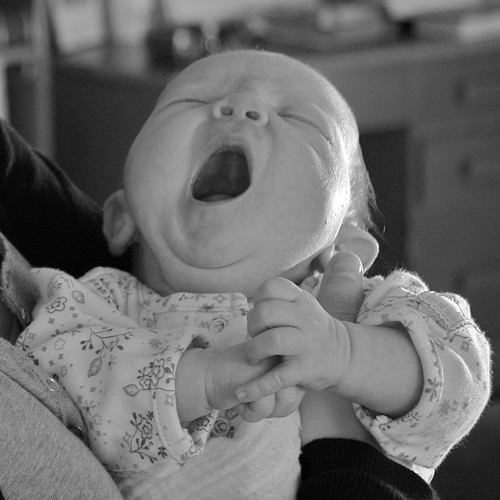 As I’ve perused the personal finance blogosphere, I’ve noticed that a lot of bloggers used to be pretty bad with money and thus have some amazing come-back stories…things like, “I paid off $60,000 of debt in 8 months.” or, “We paid down 5 credit cards in a year.”

And they tell of moments when the light bulb suddenly went on and they decided to take control of their finances.

I don’t really have an amazing, grab-the-headlines story to put in my sidebar…rather, my tale is one of faithful plodding along the frugal path. 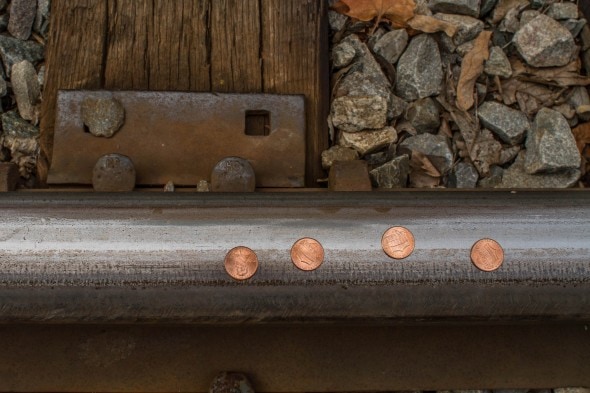 I’ve never been a big spender.

As a child, I saved almost all of my money, and I can clearly remember that as a teen, I wanted a particular $20 sweater, and I filled at least half a paper with the pros and cons of buying it before I laid out any money.

(I did eventually purchase the sweater, but I am clearly not an impulse shopper!)

I carried my frugal, un-spendy ways into our marriage, and we’ve navigated through the ups and downs of the last 22 years without accumulating any consumer debt.

We’ve had a few car loans, but we’ve always paid them off way ahead of time.

We’ve had a mortgage since 2000, but thankfully, that and the car loans are the only debts we’ve ever had. 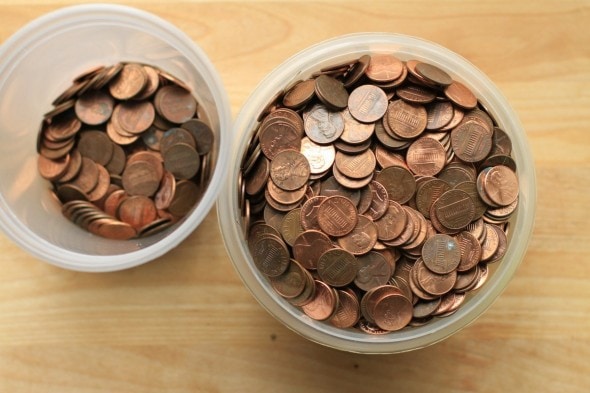 As I mentioned on Monday’s Q&A post, by spending carefully, we’ve also always been able to set money aside in a savings account, and that, I think, has been a major key in keeping us out of debt.

When cars have needed repairs, when heat pumps have died, when dental work has needed to be done, and when any other unexpected expense has come up, our emergency fund has saved us from putting the bill on a credit card.

This isn’t the sort of story that sells magazines (Really! How exciting would it be to read an article entitled, “We stayed out of debt!“??), but sometimes less exciting is good. 😉

I think it’s much easier and much less painful to avoid debt in the first place than it is to sink deeply into debt and then get out.

My parents always told me they hoped I’d have a boring spiritual conversion story (I do!), and while I hope the same for my children’s spiritual stories first, I do hope they have a financial story that is at least as un-riveting as mine.

Do you have a thrilling story, or a boring one like mine?

Not so boring, here. We spent decades living on much too little income, and there were times when we simply got over our heads trying to live "normally" and were scrambling frantically to recover. We always recovered, but we had a lot of work to do on ourselves and our financial habits. We were also very unlike each other in our approach to finances, which had to be hammered out over time, and sure didn't help our situation.

One problem we had was that we had received zero financial education. Our parents, both sets, always saw money as a very private thing, private enough to believe that the kids had no business hearing about their parents' finances. In addition, neither of us received an allowance or was taught how to budget, save, manage a checking account or even tithe, although our parents always gave to their churches. That, of course, does not excuse us from trying to educate ourselves. There was no internet back then, but there were books, which we did not read and more astute people, who we didn't ask.

We've made some expensive mistakes, and I'll bet we are going to make one or two more before it's all over, but we have reformed a lot already, and today we have no debt except for medical bills, which I could pay off but don't want to empty my savings for no-interest debt, so I took the payment plan (there is no discount for paying in full). We wouldn't make a fascinating article, though. We didn't have to recover from tens of thousands of dollars in non-mortgage debt, we didn't lose our house, have a car repossessed, or have to declare bankruptcy before a "turn around" - thank heavens!

It's so hard when you have a small income! We were there for a lot of years, and it took a lot of work to just keep from going underwater and into debt, much less make any forward progress.

I'm not sure if you've mentioned this before but when you do have an emergency and have to dip into your emergency fund, do you run the cost through your credit card first to collect points? We just had to replace our washer and dryer and running it through the credit card saved 5%!

Oh yes, we definitely do! Better to get the cashback, I say. It helps reduce the pain of using the emergency fund at least a little bit.

When my husband and me first got married 16 years ago we didn't have an credit. While he was deployed I got a credit card and used it but racked up quite a bit of debit in that year. I was diligently paying on it (but never paying it off right as I used it) and I missed a payment. My husband got the phone call that we had missed it and for whatever reason didn't even know we had a credit card, we paid it off with what we had in savings vowing to never do it again. Repeat this cycle (yeah I was SO BAD - and SO untrustworthy with money) several times UNTIL things got so bad he threatened to leave me. That's when MY lightbulb went off. Since that day about 8 years ago we paid off an cancelled that last credit card. We put each other on a spending cash limit for each pay check and we took it out in cash (because using my debit card was an issue because I never did the math in my head to know what was left in the acct and at that point money was such a sore spot in our marriage I had anxiety about looking at the checking account app on my phone). We had a plan of how much we needed to put into our savings acct each pay check and down to the penny what bills were auto drafted or I needed to make payments on. We talked about money twice a month (the two times a month he got paid) and forced me to look at everything. Since that time we have paid off both of our vehicles early (mine about 2 years early in one lump sum payment), bought a box trailer and a travel trailer IN CASH, bought my husbands 65 galaxie retirement present IN CASH, and fund all our vacations in cash. I no longer have anxiety about looking at the banking app, we talk to our kids about budgeting and I'm not afraid to tell my kids "i'm sorry that will have to wait until next paycheck..." Currently the only "debt" we have is our mortgage. We also have NO open credit cards. if we can't fund it with cash we don't get it. and my husband can trust me again.

My husband and I both grew up in families where saving money was taught from day 1, and lived out by example by our parents. I am also very thankful that we've been able to stay out of debt except for our mortgage! Being debt free certainly doesn't solve all of our problems, but I'm very thankful that we don't have that particular stress hanging over our heads. So far, our kids have seemed to be following that example and I'm very grateful.

Mine is boring in that I never had any debt except a mortgage, car loans & one 401k loan in our 30s....I disagree though, that it's a boring story. When I look back at 32 yrs of marriage I'm excited about what we've accomplished financially. It's not boring to me at all!

Here's our short list.. -Married with no debt (my husband had just received his bachelor's degree through 4 yrs of work study & help from his parents the 5th yr when he lost his job) -Paid off our mortgage in 10 yrs, I was 32 he was 36 & our son was 6 yrs old! Whoo hoo!

-Became debt-free (car loans, 401k loan) 6 yrs after we became mortgage free - We decided to lump the rest of our debt into one loan through our 401k so we were paying ourselves back basically. It covered a car loan, a mud/laundry room addition & an empty lot of land next to us that we bought a few months after paying off our mortgage. We went from 2 & 3/4 acres to 4.5 acres giving us 600 ft of lake front property.

-All of our home renovations were done with cash except one...a laundry/mud room addition (the 401k loan). We've had our home wrapped, new siding, new metal roof, soft kitchen/living room remodel, a second level screened porch & a few other small things all with cash. -We've bought three cars in 32 yrs, paying cash for our newest car, a used 2015 Toyota Camry. We drive our cars until they just cannot go another mile. -We also adjusted to living with juvenile diabetes (my husband was diagnosed at age 35) & all the expense that adds to a budget. We did not take vacations until our mortgage was paid.

I think living frugally is an exciting lifestyle because of all it allows you to do with your money. There are so many things we've done for ourselves & others that we would never have been able to do had we chosen a different path. Now we're empty nesters looking forward to retirement with no serious worries about our financial future. I'm able to stay home & be the day care giver for our grandson rather than working long hours to still be paying off a mortgage. That's pretty exciting to me!