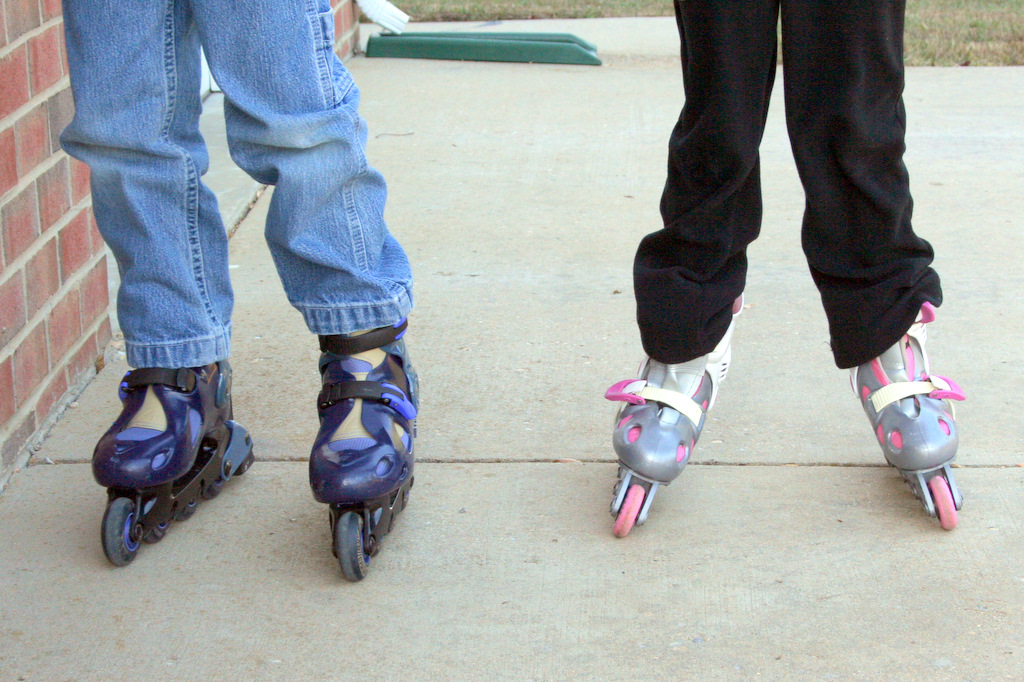 And I’m so happy about that!

Inspired by Katy, I decided to stop at the new Goodwill on Saturday. I wasn’t looking for anything in particular…I was just scoping it out. I found a brand new two-pair package of black tights from Target for $.69, and a bottle of bubble bath(Christmas present for Sonia, a.k.a. Bath Girl) for $.75, but the best thing I found was a pair of pink rollerblades for Lisey. The price? $5.

I looked for some for Joshua, but was unsure of the sizing, so I left with just the pink ones(and a scratch-off coupon for 20% off my next purchase!). My husband went back later that afternoon with Joshua in tow and found a pair of Rollerblade brand rollerblades. They’re in nearly perfect condition, and after the 20% off coupon, the price was $5.

Joshua and Lisey are thrilled to DEATH with their “new” rollerblades. Every spare minute they’ve had has been spent downstairs, rolling back and forth on our tiled floor. There have been a million thank-yous from them, and they think the rollerblades are very nearly the best thing they’ve ever gotten.

Joshua had a phone conversation with his friend about the rollerblades. His friend said, “Well, it’s too bad that they’re not new and in good shape!”, to which Joshua replied, “Actually, they’re almost like new. And I didn’t have to save up a bunch of money to buy them!”

Joshua and Elise are just 7 and 9 years old, but they’re smart enough to understand that paying $5 for a pair of gently-used skates is a much better idea than paying $79. After all, truly new skates will be gently used after only a short while.

My kids definitely have some consumerist tendencies, but I’m very happy to see that they are not new-stuff snobs. 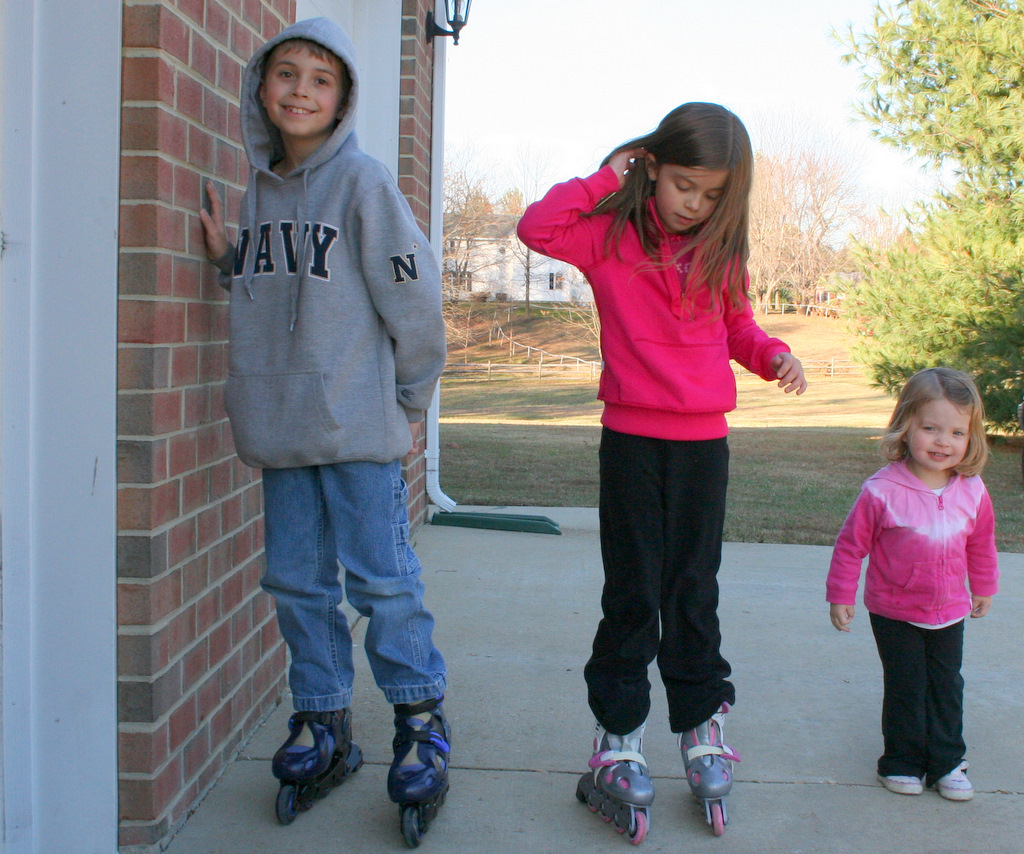 Love it! Rollerblades seem to be one of those things that don't get used enough by kids to justify an $80 price tag. Especially when you have 2 kids that want them. Good job!

Those rollerblades look brand new! I'm sure the kids will get lots of use out of them. Wish we had a Goodwill close by. I only get to one sporadically when we are in the "big" towns. (live in a very rural area)

My kids love GoodWill. Chances are I will say "yes" if they want to get something while we are there. I never get any complaints from them either!

What a great find :)