I got this nightstand from freecycle for exactly $0.

(it IS freecycle, after all!) 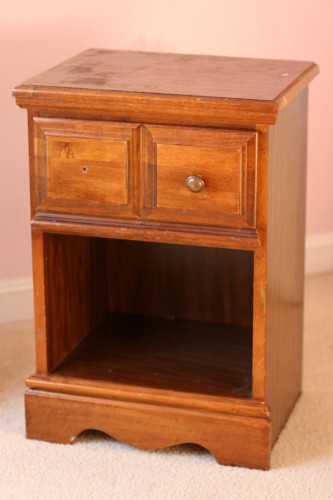 Zoe already had a nightstand from freecycle, which I’d painted white: 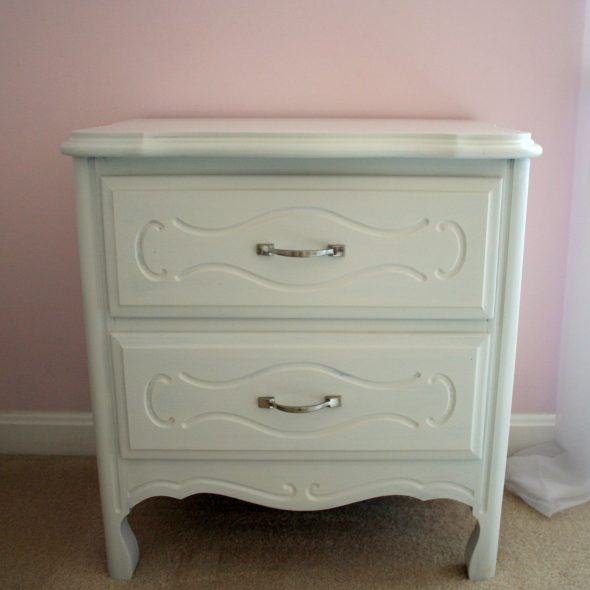 but it didn’t really match her dresser (uh, also from freecycle!) that well. 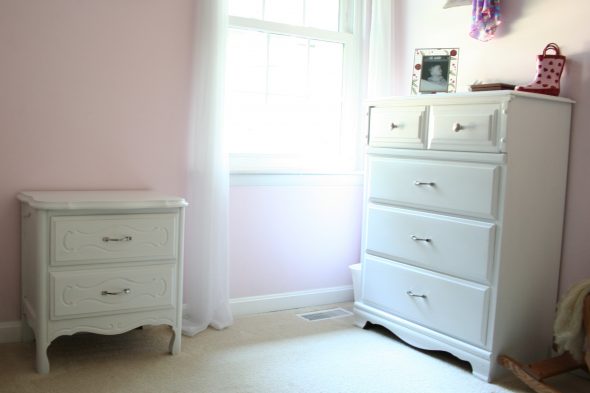 The lines of this one were much more similar.

This new one was a little rough looking, but I knew it would be fine with some paint.

If you’d like a summary, here are all the details on how to paint wooden furniture.

Let’s walk through the process!

I sanded it first. 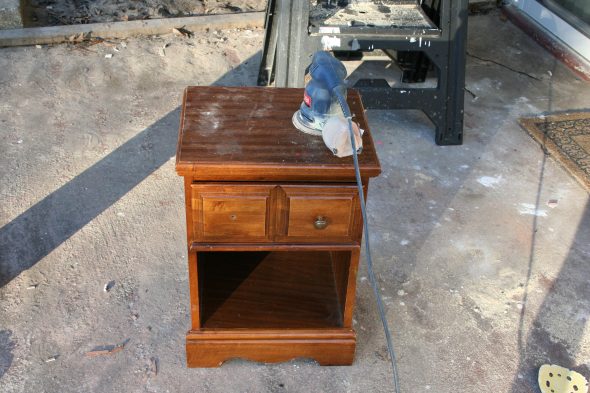 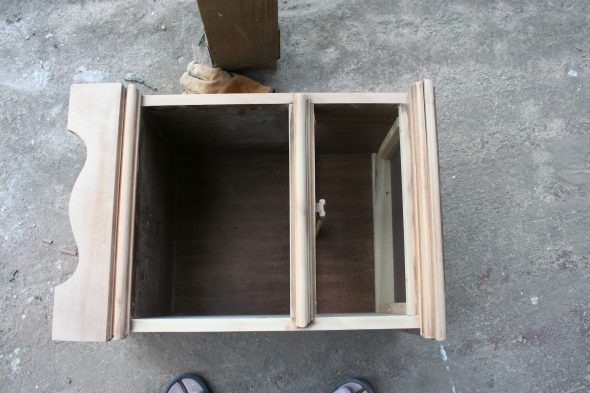 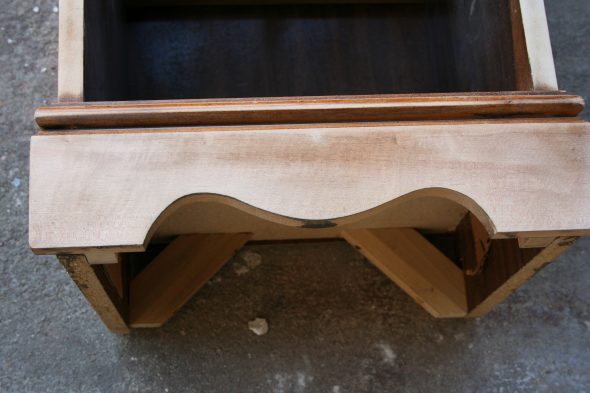 The top and sides were more of a plasticky veneer, so I could only scuff those. But that’s fine; as long as the shiny finish is removed, the primer will stick. 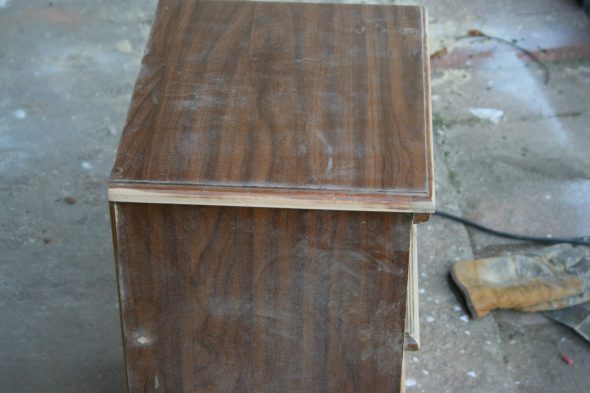 I sprayed some primer on next. 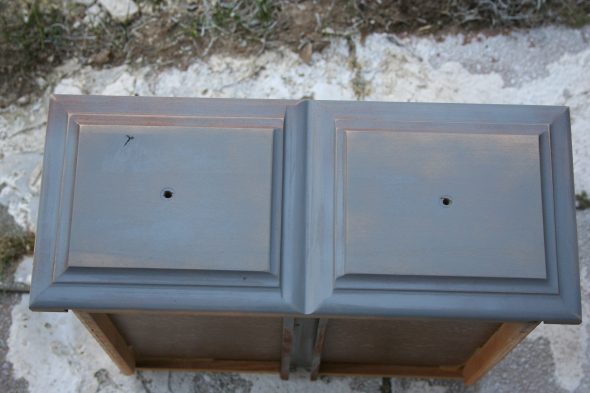 Why did I use gray primer instead of white?

Umm, I don’t know. I should have used white primer. 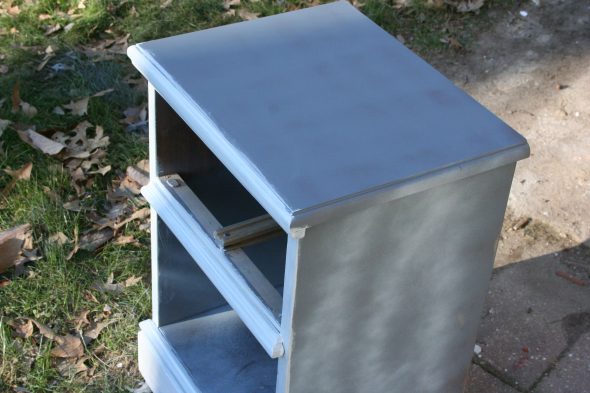 Once the primer dried, I brushed on two coats of paint.

Since this was missing a knob, I obviously had to replace the hardware. 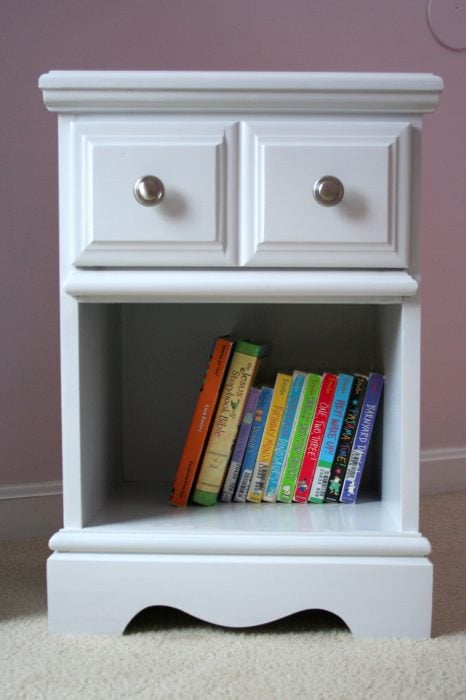 I had to do a little caulking to fill in some gaps. See the dark area on the left side, right below the top? 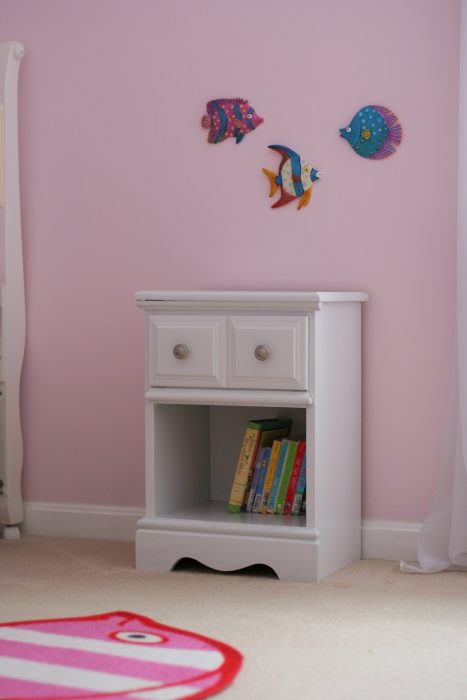 I filled it with caulk, let it dry, brushed some paint over it, and then it looked much better.

As a reminder, here’s what it looked like before. 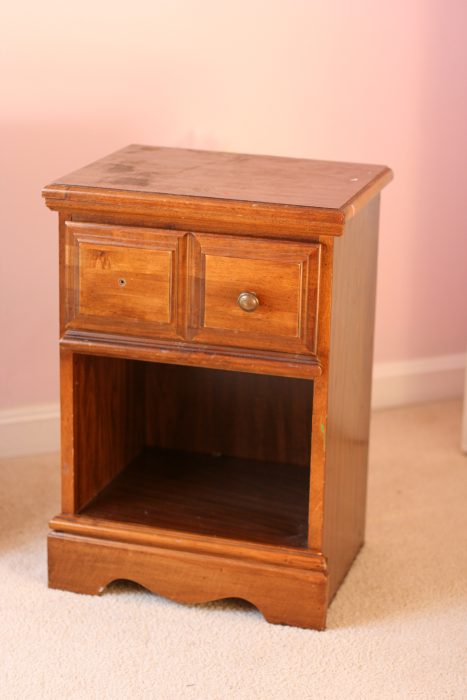 After sanding, priming, and painting(and also a bit of caulking), here’s what it looks like now. 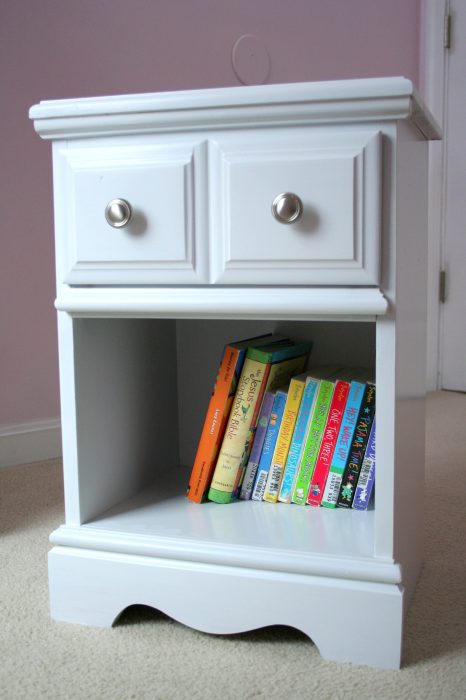 Here’s what the old nightstand looked like in her room. 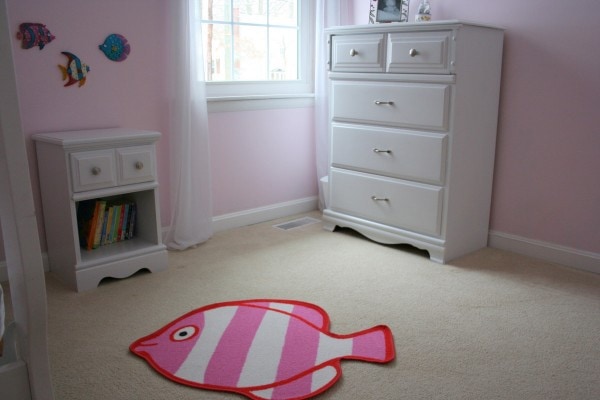 Just to show how surprisingly well they match… 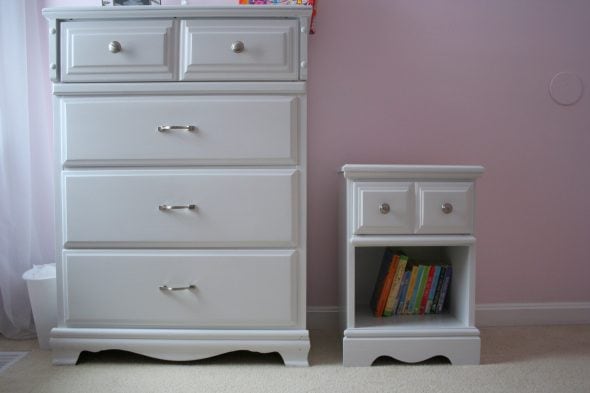 Happily, this project cost me nothing out of pocket.

Sandpaper, primer, and paint, already had on hand: $0

Hardware, extras from the toolbox: $0 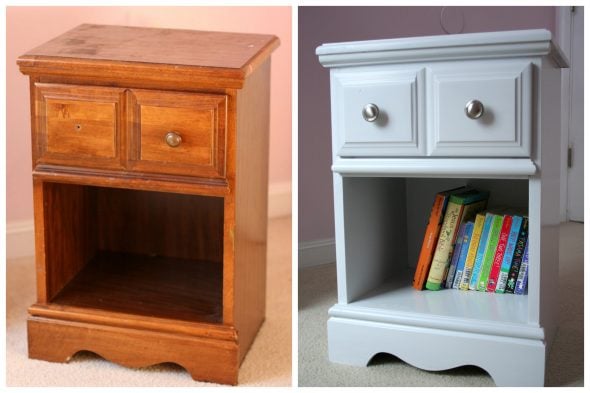 Never fear: the old nightstand went to a good home! It was part of a set I’d gotten from freecycle, and I’d painted the dresser to give to my sister in law. 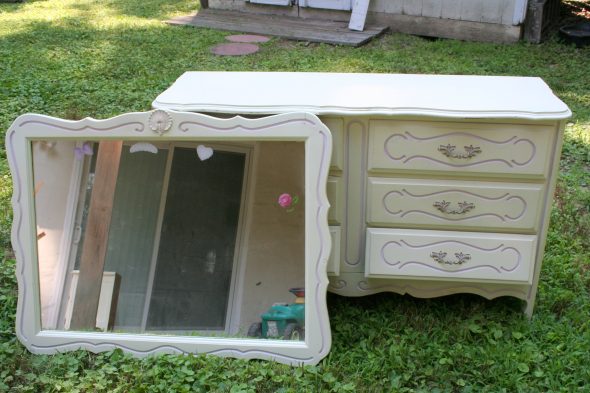 So, now that we didn’t need the nightstand, I sent it off to her and now she has a matching set.

Here’s what Zoe’s room looked like once I added a craiglist bed (which I painted white, of course). 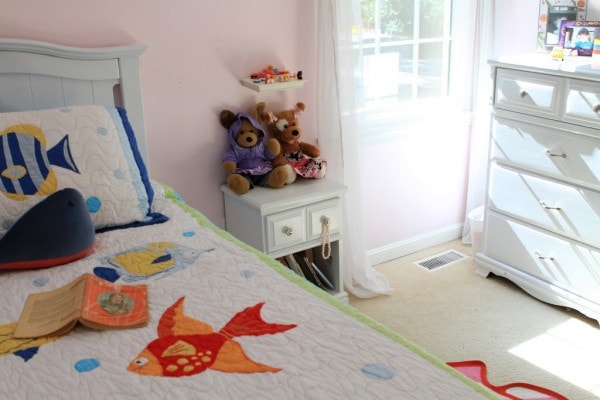 That room now belongs to Lisey (it’s redecorated, but still has the white painted furniture.)

Before and afters from us turning it into a teen room are all right here.

P.S. Here’s the painting method I used on this nightstand.

And here’s the more updated method I now use on furniture.

The unfinished piece looks like it is winking ;) The cost for the supplies wasn’t zero (unless they were free at start), it just decreased the cost per usage. A college professor explained this when discussing food leftovers :). Or, as my friend says about clothes, CPW Cost Per Wear.

Oh yes. That's why I said it cost me nothing out of pocket; I'd already bought the supplies.

It's a little tricky to figure out exactly how much each project costs in sandpaper, primer, and paint. But it's not a whole lot, because I've gotten multiple projects done with a pack of sandpiper and a bucket of primer and paint.

Hardware, though, can definitely get expensive in a hurry!

Thanks for mentioning the plasticky veneer. We have some furniture that, in my more ambitious moments, I contemplate painting and I've always been concerned that it won't work with the veneer. Sounds like it did just fine for you.

Yep! I've painted a number of things with that type of finish (including the sides of my kitchen cabinets) and they've held up great.

I wish I had your patience, interest or skills to paint stuff, but I have none of that, ahah! I leave it to the pros. Great results!!

Love the book choices on the shelf once you finished it. They're some of our favorites. :)

You can never have too many Boynton books. :) I didn't keep many baby/toddler items, but I could not bear to get rid of our Boynton books. I have so many memories wrapped up in those; I put them in a plastic bin up on a closet shelf.

Nearly all of my furniture would be painted if I had my way. I don't have my way completely, so part of it is painted, part isn't. It's amazing how that nightstand and dresser went together.

The freecycle gods really smiled upon me!