I started with all of this stuff, which looks like a rather unappetizing pile of food. 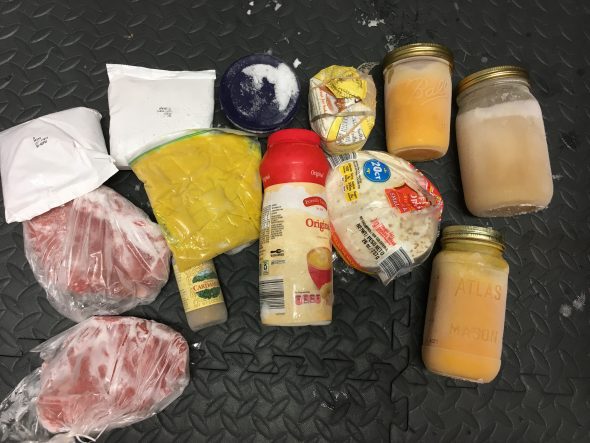 But amazingly enough, it turned into some pretty delicious eats.

There’s something very satisfying about turning odds and ends into a good meal…it kind of reminds me of the feeling you get when you paint an ugly piece of furniture.

I had two packets of pre-cooked quinoa (they were given to me by a friend who was moving and needed to clean out her freezer!). 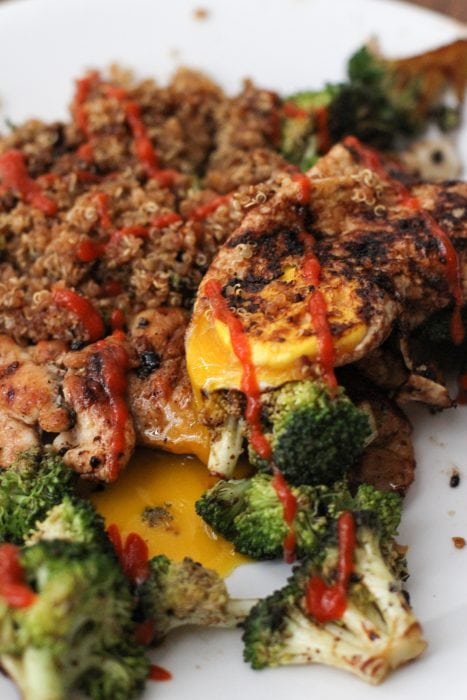 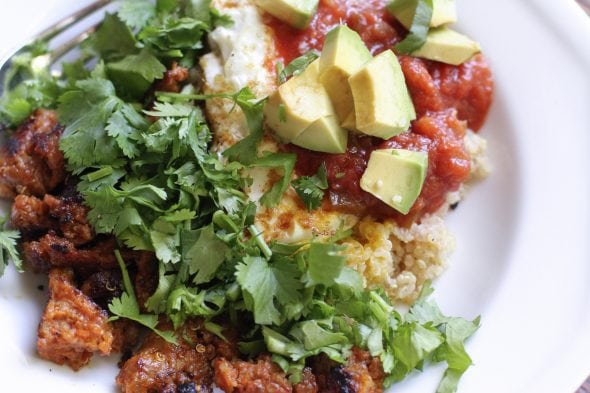 I used it as a base for four skillet meals (all pictured here), and I’m now inspired to keep some cooked quinoa in my freezer for just such a purpose in the future. 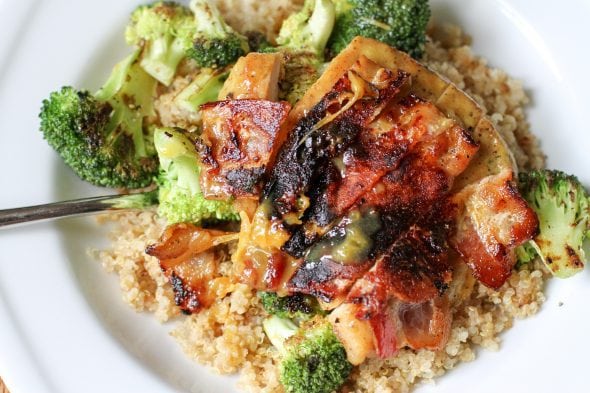 The quinoa was a little icy from being in the freezer for a while, but I just stir-fried it in the pan to evaporate the excess moisture and all was well. 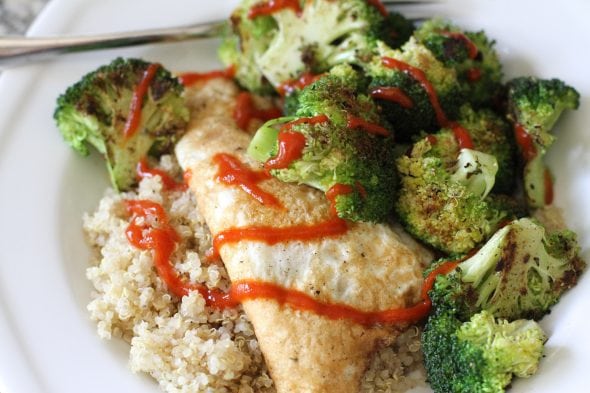 It was hiding under other stuff in the photo, but there was a lone uncooked burger in the basket as well. Joshua cooked that up one night and topped it with bacon, feta cheese, a fried egg, and lettuce. 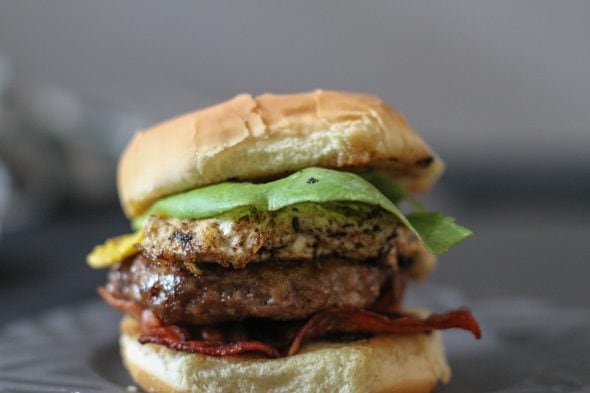 A reader kindly suggested these energy bites from Iowa Girl, so I made a batch.   They only used 1/2 cup of flour, so I’ll have to make another batch or two to finish up my bag. 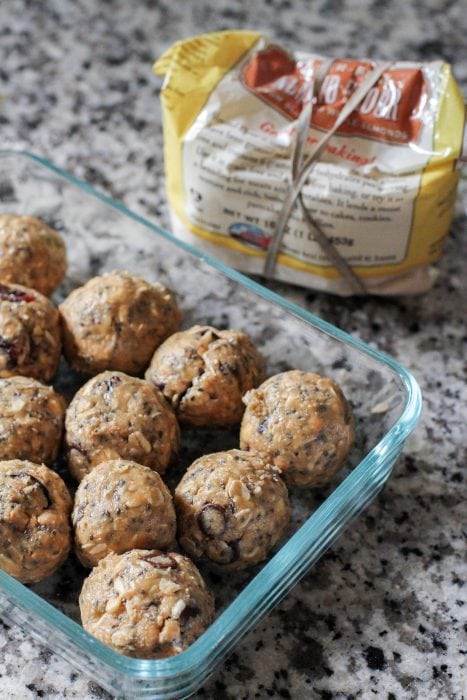 But at least now I have a good plan for using up the last cup or so.

I used this to make a batch of Aussie chicken. 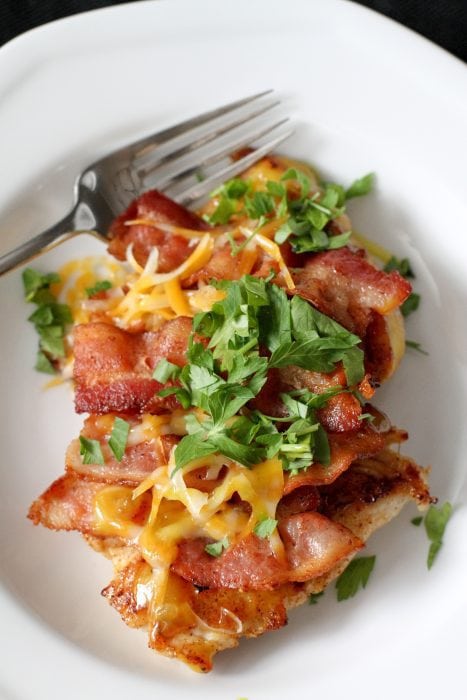 This went into our sausage and orzo dinner. It was the perfect amount!

I didn’t do anything fancy with this…I just thawed it, heated it up, and ate it.

Joshua marinated one of these to make something kind of resembling bulgogi. He ate some of his homemade kimchi with it, plus he cooked sushi rice.

And the fourth bowl has some kind of dipping sauce but I don’t know what’s in it.

I have a flank steak, a small container of frosting, a jar of cardamom, and a jar of powdered coffee creamer.

I’ll use the flank steak in a future meal, Sonia will use the frosting next time she makes her fancy cupcakes, the cardamom can stay in there indefinitely, and I’ll just leave the coffee creamer in there until hot chocolate season rolls around. 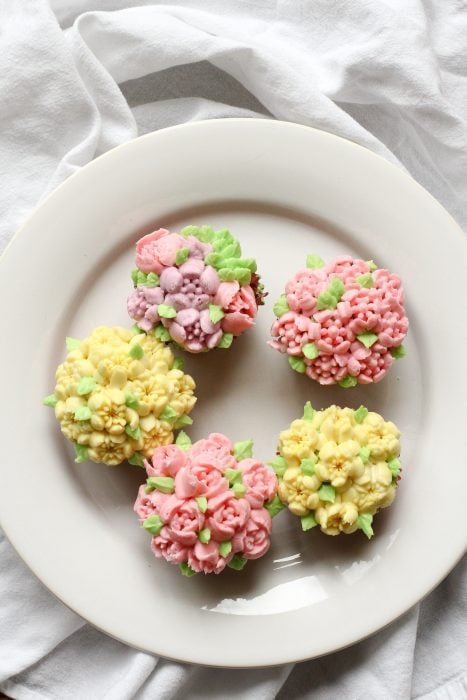 (The hot chocolate mix recipe I use calls for creamer.)

I’m done with the baskets now, so I’m on to the compartments.   This one’s not too full, but the others may take me more than a week apiece. 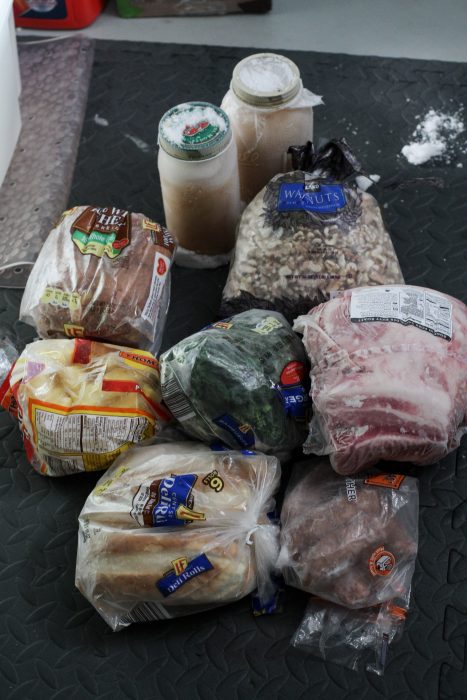 If you’ve got good walnut usage suggestions (especially if they’re kind of healthy), I’m all ears.

And if you’ve been freezer-challenging along with me, I’d love to hear how it’s going for you.

I would just eat the walnuts straight up.

Candy the walnuts to add to salads and I was going to say pesto, but that seems to be a top comment. I like walnuts in brownies, chocolate chip cookies and banana bread too.

I love this recipe for walnuts - interesting and tasty: https://pinchofyum.com/cauliflower-walnut-vegetarian-taco-meat

Easy peasy to make and eat.