I bought a nightstand for Zoe on Facebook marketplace for $25, painted it (a before and after post is coming), put on a new handle from my stash, and listed the other one on eBay. 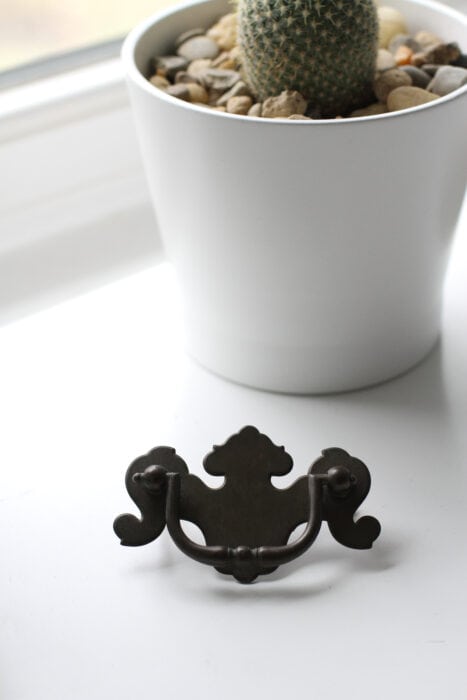 It took a few months, but someone bought it for $12, which is almost half the price I paid for the nightstand in the first place.

The hat tip to Katy at The Non-Consumer Advocate is because I would never have thought of listing old hardware on eBay without her!

(She’s the reason I sold Sonia’s drawer hardware and ended up making $2 on the dresser purchase.)

2. I scheduled my van for recall service.

Toyota fixed the airbag issue once, but apparently the replacement is also not safe. 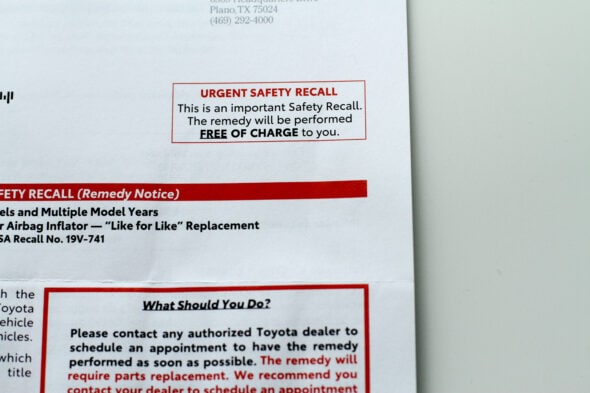 So, now I gotta take my van in for another replacement.

Which is annoying, but at least it’s free.

And staying up on recall fixes is a good decision on many levels, including financially.

I happened to walk by one of those mall booths that is clearing out calendars after Christmas, and I found several cute cat calendars for the girls.

4. We made croutons from leftover French bread.

I’d made some homemade French bread last week, and on Sunday, Mr. FG and I made a chicken Caesar salad, using the leftover French bread for croutons. 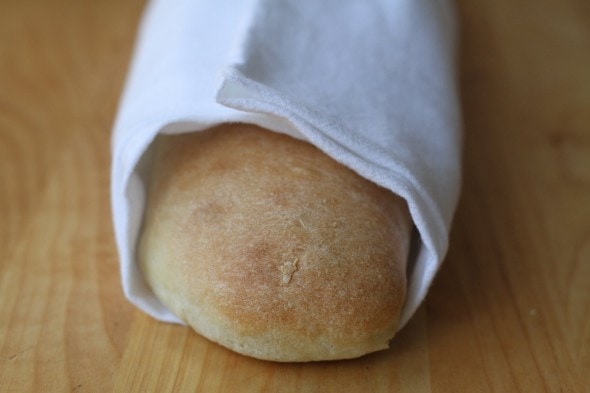 1. Schlepped a kitchen aid (originally from a yard sale, gift from boyfriend's family who wasn't using it) in our free checked luggage from MI to NYC. Have used that kitchen aid to make challah and sandwich bread so far 2. Using clementine peals and some extra spices (that are older and need to be used) in boiling water to make the apt smell nice. 3. The boyfriend made chicken stock out of saved chicken bones/veggie bits from the freezer. 4. Went to potluck book club. I brought clementines ($5) and had a FEAST of other delights. 5. After checking the different apps, took an uberpool (the best deal at that moment) home without having to share the ride at all in the end. My train was messed up and I wanted to treat myself in a frugal way. Spent just over $10 including tax and tip for a trip that usually costs $25-$40.

Thank goodness the holidays are over and we are getting back on track -- trying to!

1. Returned 2 unwanted Christmas presents ( for husband) to TJ Maxx and Ross before the time ran out for refunds. Or I lost the receipt ;)

2. Renewed all the library books I took out for vacation and travel to out of state family ON LINE. It was so easy.

3. Used a gift card for dinner with daughter and husband. Had to add a bit in but it was so worth it.

4. Am happily using my old phone (yes, the Smithsonian called and wants it) even though my present was to go buy a new phone. I think I will download all the important stuff (pictures! address/contact numbers, etc.) to a safe place and just wait for it to expire on it's own. Then, the Smith is welcome to it.

5. Getting temp. crown next week -- my nice dentist offered to finish it in the new year since I had used up the 2019 allotment. Also, taking care of my teeth while I still have dental coverage. So I can enter my dotage with healthy chompers.

6. Finally, bought some stuff for myself (cold medicine) and my mom while on vacation, using store coupons, sales, etc. CVS sent me 5 dollars in ECBs for soup or tissues and hoped I would be feeling better soon. Nice! So I picked up a bunch of free tissues. Also found my favorite and hard to find dental floss on sale and used some other ECBs to buy up several.

Ooo sorry to blather on but this one goes to my husband and may be useful to others. I dropped my $5 Friday rotisserie chicken on the front porch where it slithered out of it's carrier and skidded across where a welcome mat would be if we had one. There was cussing, not gonna lie.

But my cheerful husband said, give me the receipt and maybe they will replace it. I was skeptical but replace it they did, without hesitation! He was polite and we are long time customers. It is our local VONS and we were happy. So, it is worth a try!

1. I cancelled my Audible and Disney+ subscriptions before the free trials ended. 2. Ate from the freezer for last two nights and today’s lunch. 3. Received $10 off my groceries today thanks to a rewards program. 4. I got a full day’s babysitting gig this week. 5. Drank coffee from home, turned power points off at the wall, stocked up on my favourite biscuits which were half price, read a book instead of turning the tv on and made a bunch of snack platters with all the little leftover snacks.

1. Have started the year with our annal purge, cleaning out tons of stuff and have listed several things on our local FB page to sell. Made some money in the process! 2. Didn't go to the grocery this week and only spent about $10 on a few necessary items. (Milk, onions, and pears for our favorite green smoothies.) Everything else has come from food we already had. 3. Daughter has been wanting a new larger bed (she still has a twin) and I found a beautiful old full size on our neighborhood FB page for $75. Much better quality than Ikea or something comparable and I should be able to recoup most of the cost when we sell her twin. 4. I don't decorate much for anything other than Christmas but found some adorable valentine's mugs that I loved. Got four of them for $5 after I applied store credit and a gift card! 5. Agreed to paint my daughter's room and she liked a color we already had a nearly full gallon of leftover from a prior project. New look for her room for $0!

Ah I don't think I can do 5 but I have avoided takeaway all this wk! this is huge for me I had so much to do last year & was so tired but I prayed God would help & he got me my mojo back - I made a vat of seasoned ground beef & vegies at the start of the wk which fed me three nites & I froze the rest in single serves. I also came up with some great new lunch options to keep me going through the day that don't take much effort - Thurs was avo & ham with 2 poached eggs on toast, today I will make ham & cheese sandwiches to freeze 4 when I can't think of a lunch option - or dinner come to think of that - I bought a bag of dimmys (Australian large beef & cabbage dumplings which are either fried or steamed) to microwave when I want to succumb to the lure of takeaway & the other nite had an epiphany - I cooked 2, sliced them in half & put btwn 2 slices of bread- not the worlds most nutritious meal but it was hot, delicious, & filling, & cost about 70 cents.