I know conservative people tend to roll their eyes at there even BEING an Earth Day, but I think this needs to stop.

And I think conservation and recycling and reduction of consumption need to stop being such taboo topics in the church. 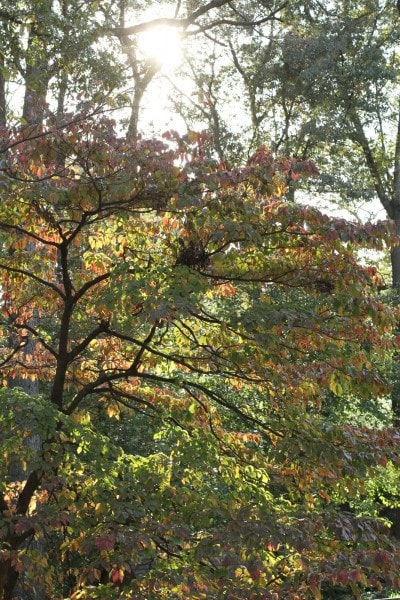 Things are changing for the better (yay!), and more Christians are open to caring about the earth, but we’ve still got a long way to go.

Here are a few reasons Christians give for not being eco-friendly and why I think they don’t hold water.

Ok, there definitely are some people in the eco-friendly movement who are a little out there.

And I’m surely not going to defend people who basically think we’d all be doing the earth a favor if we died and left the planet to the animals and plants.

But why throw the baby out with the bathwater?   There are some nutso people in Christendom too, but that doesn’t mean we should give Christianity up.

Global Warming is a Myth

I don’t think you even have to believe climate change is a thing in order to care about the earth.

Regardless of what you think about climate change, the truth is that we live on a planet with limited resources and limited space.

And because of that, we can’t reasonably expect to consume resources at our current unprecedented rate and still leave a decent planet for future generations.

So forget about global warming for a second, and just consider where all of our trash is going to go. When we throw things away, they don’t vanish, and eventually, it does seem we will run out of room to store our discarded stuff.

That should be enough motivation for us even without climate change.

God made the earth for us to use.

I do believe God made the earth and its resources for people.

(This is why I don’t think it’s morally necessary to be a vegetarian.   Responsible, kind use of animals is not reprehensible in my book.)

But a planet decimated by wasteful living and irresponsible behavior is NOT good for people.   Using the planet is one thing, and abusing it is another. 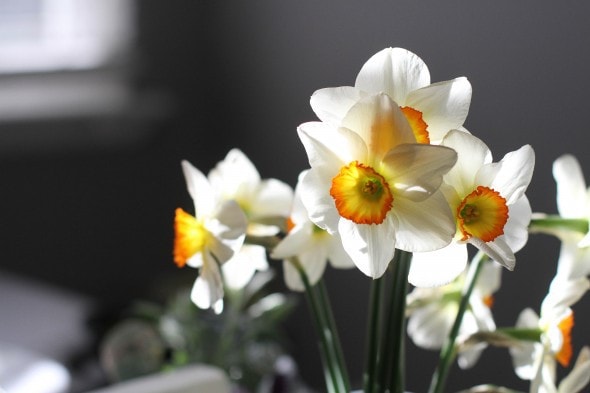 All that said, here are few positive reason I think we Christians should care about the earth and should reduce our resource consumption.

We should take care of the gift of creation.

If we believe that God ultimately owns everything, then we should behave as stewards of what we’ve been given.   Good stewards take care of what they’re responsible for.

We should care about people.

If we care about people, we should care about things like polluted water and polluted air.

Also, the sort of consumption we tend to have in first-world countries is pretty selfish.   We hog a lot of the world’s resources, and often, we expect people in third-world countries to suffer to provide us with the things we want.

Care about people by caring about the earth.

We should care about future generations.

The planet isn’t currently overrun by trash.   The air is still quite clean in a lot of places.   There’s still a lot of healthy vegetation, and unspoiled nature.

But in the grand scheme of things, we haven’t been living such consumerist lives for all that long, and just because we’re sort of ok now doesn’t mean things will still be all right for our great grandchildren.

We wouldn’t think of purposely hurting our descendants, but when we fail to take care of the earth we’ll hand down to them, we’re inadvertently hurting them. 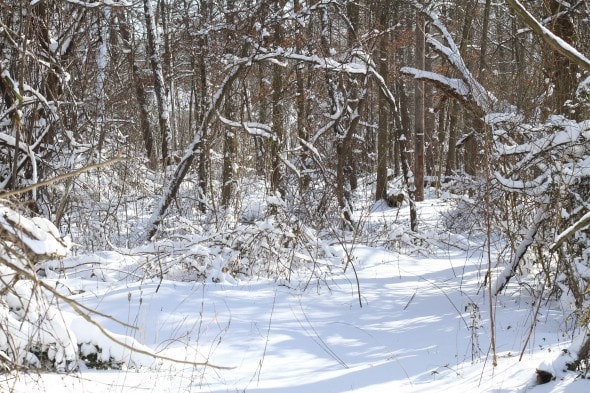 Please know that I’m not saying it’s a sin to buy anything in plastic, or that you should rend your garments because you don’t/can’t compost.   You could drive yourself nuts trying to live a perfectly eco-friendly life.

What I AM saying is that we should care.

And that we should try (many small changes make a big difference.)

And that in our churches and communities, we should foster a culture that cares about the earth.

Let’s love people by loving the earth we’ve been given.

P.S. Based on the discussion in the comments, I wrote a post with a few clarifications.   You can find that right here.

I've been a longtime reader of this blog, but I somehow missed this post last year, so I was looking forward to reading about a Christ-focused view of environmental stewardship.

I agree with most of your points, but I'm a little confused by the outright statement "global warming is a myth." Even if you don't believe in climate change, why include that statement in a post on environmentalism? The only thing it does is make your message confusing. I know you've posted about climate change before, but one reason that non-Christians have a hard time taking evangelical Christians seriously is their shaky track record on science. Nearly the entire world believes in climate change. The number one group that is skeptical of climate change is evangelical Christians, and I don't get it (http://www.patheos.com/blogs/unsystematictheology/2015/10/why-do-so-many-christians-still-deny-climate-change/). You're alienating a lot of readers who would probably get a lot out of your post, and for what? Pride? To make a political statement? I would never have pegged this blog as a political one, and I'm disappointed.

I think maybe you misunderstood the format of my post. I was listing off things I hear Christians say, as a way of avoiding environmentalism. I don't think all tree-huggers are crazy either! It's just a list of objections, with my rebuttals following. :)

Caring about the earth has a lot more to it than recycling, buying an occasional green product, and saying that you care.

It's been my experience that a lot of people do lip service for the earth, but aren't willing to be inconvenienced even the tiniest bit. I'd like to encourage all who have read this post to do a private self-check.

Do you buy organic? Health debate aside, the fertilizer and pesticide runoff is a critical reality. Living near the Great Lakes as I do, I see the damage from it very regularly.

Do you buy locally? Remember that buying foods that aren't local and buying them out of season means that a lot of petroleum was used to transport them to you.

Are you still using plastic bags? Really? Do you know that plastic bags, in addition to contributing to the giant trash mass in the oceans, is also the single leading factor in sea turtles being endangered, as they look similar in the water to the jellyfish they eat?

Have you installed a low flow showerhead and a low flow aerator on your kitchen sink? Clean water is becoming an increasing issue.

Do you turn lights off in rooms when no one is there? 22% of our energy use comes from our homes.

I could go on, but my point is... everyone... please check yourself. Add one thing each week if you can. People often say they care, but they care only when it doesn't inconvenience them at all. I assure you, the feeling of inconvenience doesn't last. It brings joy. And this is a process, for everyone.

A few things, and brava to your bravery for calling out the "Christian" community for sometimes acting unChristian.

1) Revelation 11:18 makes it clear that among those who will be judged and destroyed are those that willfully "ruin the earth". When I read this, I think of greedy corporations who ignore laws and dump waste into drinking water, among other groups.

2) When Jesus multiplied loaves and fishes to feed the multitudes, he **had the disciples gather up the leftovers**. Now here was a guy who could snap his fingers and miraculously provide food, yet he made sure none went to waste!

3) I wonder if some of the attitude of so-called Christians who don't believe we should treat the earth with care also believe it will be burned up and destroyed (so, what's the point in worrying about it?). But the Bible doesn't support that idea at all. Psalms 104:5, Eccl 1:4 and many other verses make it clear that the earth will endure forever (it's wicked mankind who will be judged, not the physical planet God made beautifully and perfect for humans).

I think that the reason Christians tend to shy away from Earth Day is because it seems to come from/be associated with the idea of Mother Earth as opposed to God as the Creator. I strongly feel that we as Christians need to focus on God's creation that is entrusted to our stewardship for His glory and the well-being of those around us, and lead the charge in practical ways. Just one little change at a time can make a difference in the long run. Thanks for this blog post to remind us of that!