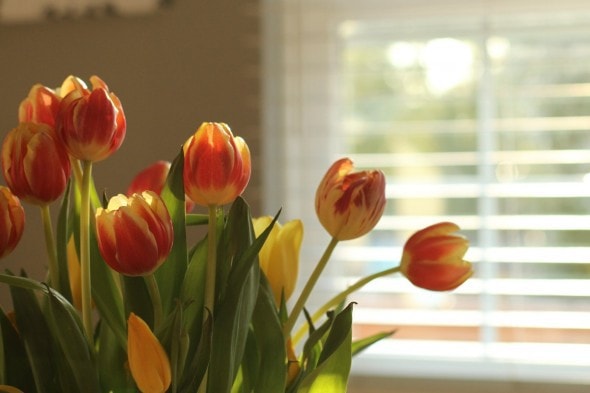 “Frugality is so necessary to the happiness of the world, so beneficial in its various forms to every rank of man, from the highest of human potentates to the lowest laborer, and the miseries the neglect of it produces are so numerous and so grievous that it ought to be recommended for every variation of address and adapted to every class of understanding.

He that is extravagant will quickly become poor…without frugality none can be rich, and with it, very few would be poor.”

I’d add that poverty and wealth are a bit more complicated than this (some people are wealthy despite lavish spending and some people are poor even though they spend little), but his general point is well-taken…even on a large income, it’s quite possible to spend beyond one’s means, and by the same token, it is often possible to live beneath one’s means even on a small income.

(This has certainly been the case with Mr. FG and myself.   Our lack of indebtedness has not been because of years of high income but because of a commitment to live within our means.)

I think we tend to look at frugality as something that we only need to bother with when we have low income, but consider how many people, past and present, have ended up in a state of financial ruin despite their unimaginably high incomes.

Income is only part of the picture, and I’d venture to say that how much income you have is far less important that how you handle that income.

In my opinion, rich is different for everyone. Personally, rich to me is not having all the material things but to have time...time to spend and do as you please or whomever you please. This goal is what drives my family and I to live frugally in order to save and invest more thus achieve financial independence as quickly as possible.

Interesting point and one I struggle with. How much is enough? How do I decide how much is enough for me? Based on family history and lifestyle, I expect to live a long time and there's a nontrivial chance I might get cancer. Those two things alone add up to a lot of future needs. So how much do I need to save so I don't die in penury and poorly-cared for?

I recently read a book called The Working Life: The Promise and Betrayal of Modern Work (Joanne B. Ciulla, 2000). It's an interesting analysis of the history of work in Western culture from classical times until now, especially our attitudes toward work and leisure (which today seems to more consumption than leisure). One part that struck me was her analysis of early Christians, who were concerned about working for pay. They felt that while pay could be used for good things, many people were seduced into earning more than they needed and consequentially hoarding more material things than they needed to the detriment of their community. Recently in a Bible class, we discussed the story of the manna as an example of this tendency of human nature. While I don't plan to stop saving for retirement (I consider that a future need), I am trying to think carefully about what unthinking trade-offs I might making when purchasing things. One the one hand, when I buy my cup of coffee from a local deli I am supporting my community, but on the other I am taking away money my family needs to pay down debts and from what I can contribute at my church community. Not to agonize over every choice but to be thoughtful of spending in a community context.

Our government's lack of frugality is causing us some major concern nowadays.

Thank you for sharing this. Sometimes I struggle with how little we have compared to family members in similar financial situations. That is my issue of having to much pride. However, I have to remind myself we don't have the stress of debt and living paycheck to paycheck because we are more frugal. Someday we'll have more, without all the debt, thanks to saving today, but for now I need to be content with what the Lord has given me.