It’s going to be interesting to see if Lisey’s absence has a large impact on my grocery bill. 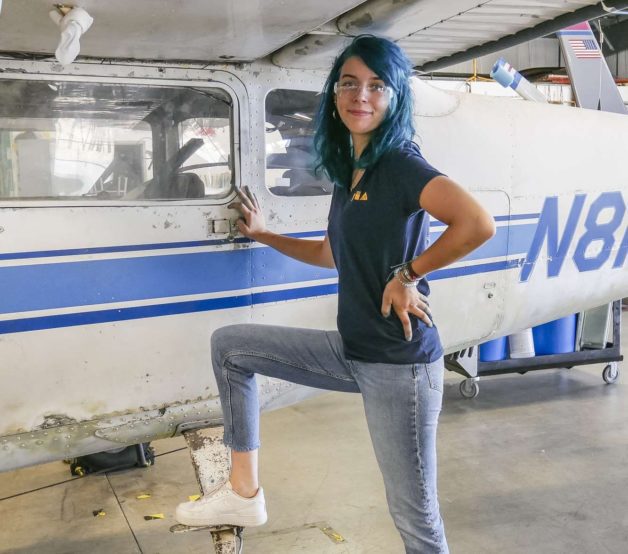 The obvious answer is, “yes”, but on the other hand, she wasn’t eating tons of meals with us here over the summer.

So, I’ll need some time to figure out if this changes things much.

(although as I mentioned, I realized I need to not buy string cheese!)

We had dinner at my aunt and uncle’s house after we helped Lisey move into her rental.

Super simple: I baked a frozen pizza, and Sonia ate some leftovers (since pizza has cheese and she can’t handle cheese).

I had not gotten out to the grocery store yet, so we had waffles for dinner.

I made shrimp BLTs, although Zoe had hers without shrimp. Naturally. 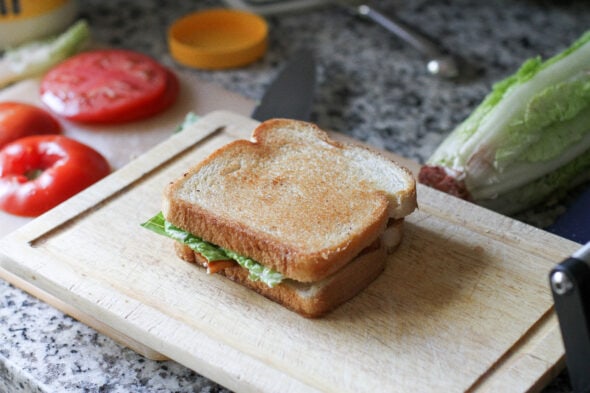 Blueberries and peaches on the side, since I am currently in possession of a box of bruised peaches.

And that means peaches morning, noon, and night!

Zoe had dance class so I made a super quick dinner of Swedish pancakes. 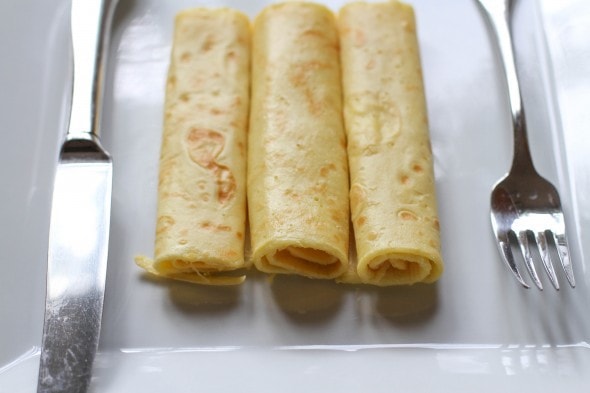 Two notes I need to add to that recipe:

Sonia and I tried our hand at making sushi! 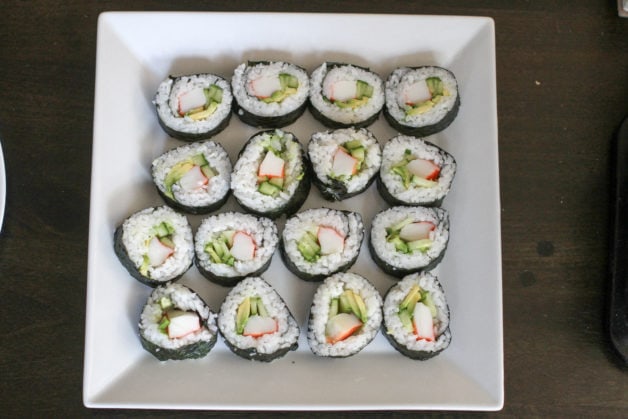 We were pretty boring this time, just trying a California roll and a shrimp roll. But now that we have the basic idea down, we can venture into more exciting territory. 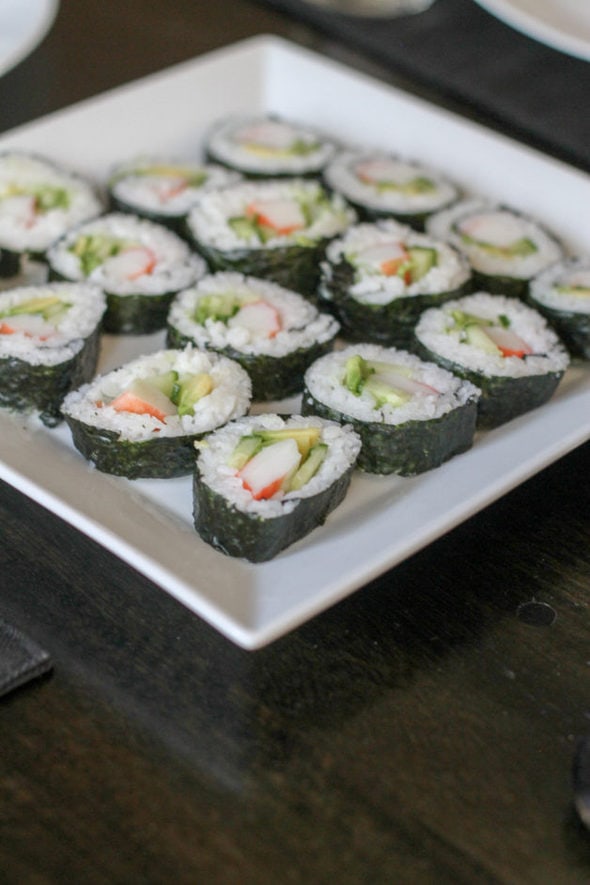 Mr. FG and I are going out for our anniversary tonight, so Sonia and Zoe will be fending for themselves.

oh and the sushi looks yummy!

Aw love that picture of Lisey! Will be interesting to see how your budget is affected. . .

My week is a blur -- had Indian food last Friday from our local, affordable (!) and delicious local restaurant and I treated a friend to lunch at an Italian restaurant on Sunday. Not frugal but fun and a great way to end summer .

The rest of the week was all eaten in except for a fast food lunch while I scrambled to set up my class. For dinners we ate many variations on big salad and chicken, big salad and hamburgers, big salad garbanzo beans -- the motif was -- wait for it -- Salad! -- and we tossed them at home.

Summer and travel are OVER and I am looking forward to many healthy, frugal, home meals again.

Sunday - leftover salad from lunch out with my parents Monday - Chick-fil-A because we picked up a car that evening Tuesday - dinner out with kids that they planned (and paid for!) for my husband's early 50th birthday party Wednesday - pinto beans in the Instant Pot for quick burritos Thursday - club sandwiches from a favorite local restaurant Friday - grilled cheese (I was home alone!) Tonight - chicken thighs, mashed cauliflower, green beans, and fresh veggies

We took a trip to the peach farmers and got tons of peaches.The drive was very long up and back so we stayed overnight. The peaches ripened very fast due to the heat so we have bruised ones as well.... I'll probably have to freeze a lot of them.

This week, however, we managed to eat at a Italian restaurant, eat semi-homemade pizza, have smoked chicken w/ cornbread and we'll possibly make more pizza and construct a spicy casserole.

You made sushi! Very cool! That would be a great how to post! We've been in a weird food budget place this month too. Our oldest spent the month with her grandparents out of state. Very grateful to have freezers. Teen girls can eat! I didn't realize how much less I needed to make at first.