It’s a little too early to tell, but it is kind of seeming like going from a household of 5 to a household of 4 is making my grocery budget feel rather generous. Read on!

It was another one of those weeks where we just made a few small stops and mostly ate from the pantry/freezer.

We spent $71 at the grocery store and $30 on Sunday night takeout.

The last two weeks, we’ve been under the usual $150/week, despite the fact that we got fast food in week one and we spent $30 on takeout in week two.

Hmm. It will be interesting to see if this spending pattern holds up.

Mr. FG and I went back to the sandwich shop we’ve been addicted to lately; we haven’t tried all of their sandwiches yet, so there’s still work to be done. 😉 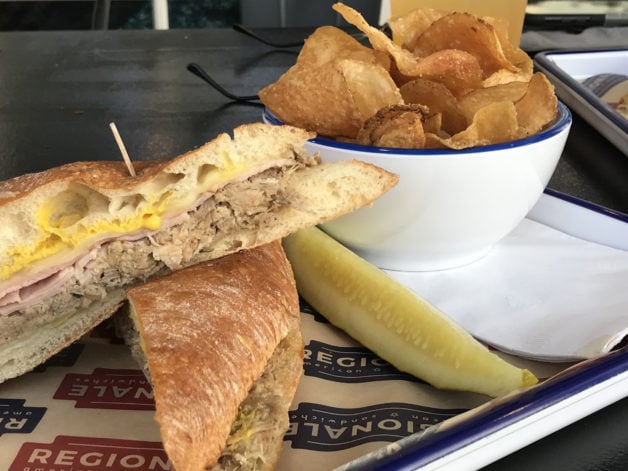 I tried the Cubano this week; good, but I thought it could use more of some type of sauce or spread. Which is probably not an authentic thought, but I like my sandwiches to be dripping with sauce. 😉

Good thing about sandwiches for a date night: totally easy to stay within our $20 budget!

I did not have a menu plan in place and I did not feel like cooking, so we got some Chinese takeout. 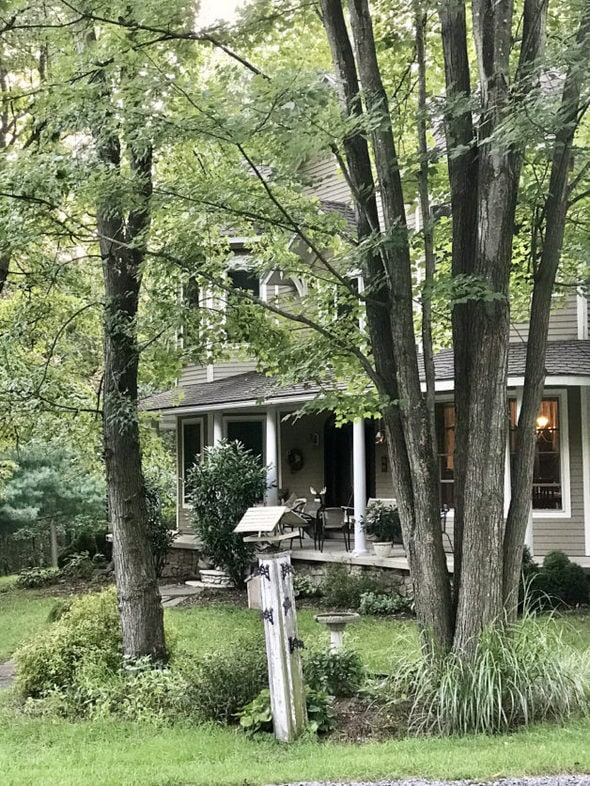 We went up to see my aunt and uncle and Lisey; we had burgers and brats there and I brought a Texas sheet cake. 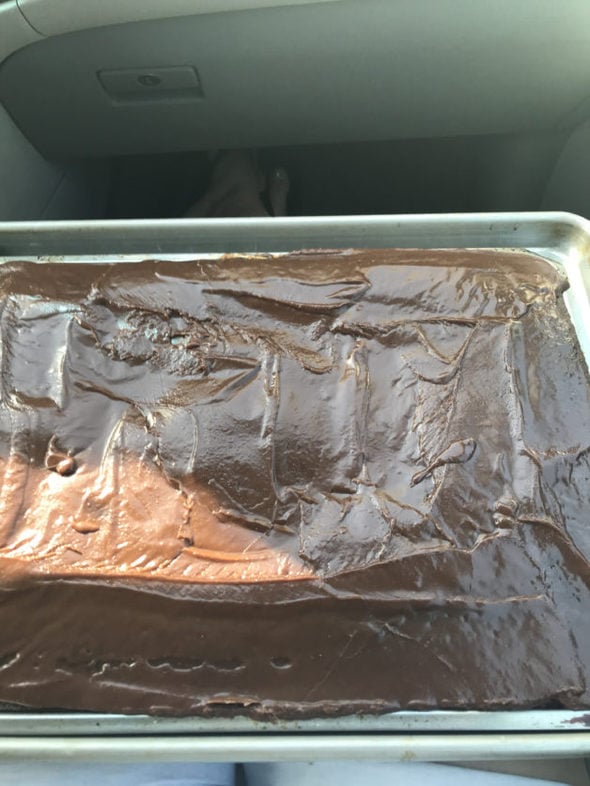 I don’t make cakes all that often, so even though a Texas sheet cake is arguably easier to bake than yeast bread, I always feel far more confident bringing yeast bread to a gathering.

I had a meeting at 6:00 pm so I needed something pretty quick to make and I opted for BLTs with raw produce on the side.

Sonia was at work at dinnertime. In such situations, I always think, “Hmm, what cheese-filled thing could I make for dinner while she is not here?”

I had some uncooked bacon left from the package I opened to make the BLTs, so Mr. FG and Zoe and I enjoyed cheese, mushroom, and bacon quesadillas, plus chips, guacamole, and salsa. And we had some raw produce on the side. 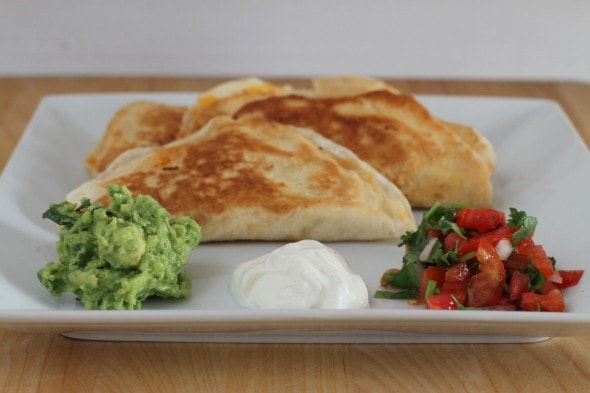 As for Sonia, she had some late-night French toast when she got home from work.

I made a taco salad topped with crushed Doritos. Surprisingly, I found one last container of 2020 applesauce in the freezer, so I thawed that and we ate it with our taco salads. 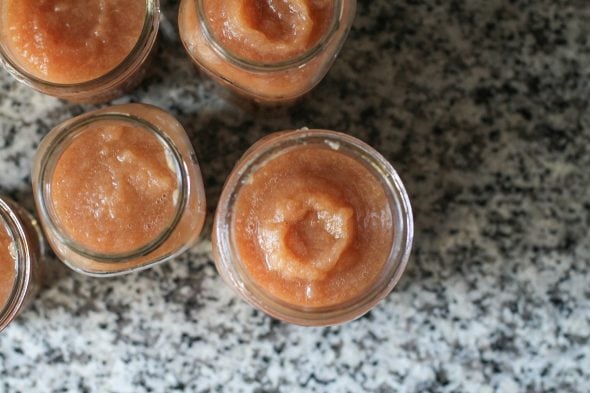 I have some boneless skinless chicken thighs in the fridge so I think I might make bourbon chicken over rice tonight. 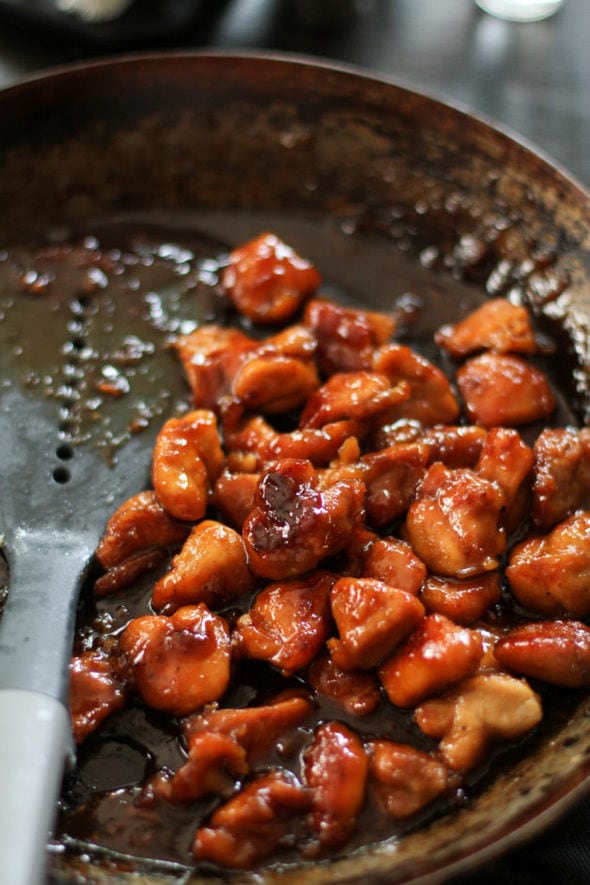 I'm with you Kristen - no such thing as too much sauce ;)

I made a big batch of chicken curry with rice, so we had that multiple times this week, along with salmon & grilled "In & Out" style burgers. I made a garden pasta salad, and used up a ton of produce (basil, banana peppers, zucchini, shishito peppers, cherry tomatoes, etc). I also used the last of a jar of sweet & spicy pickles as part of the dressing, which was a great add on.

We finished off the last of the curry last night (it also made enough for a few freezer servings). I love it when I can cook once at we have several meals. We've got a lot of soccer driving during the week days, so it's super helpful.

can you share the recipe for Bourbon Chicken? Sounds great.

Question: Are you experiencing lower bills (utilities, gas, food, etc.) with two kids out of the nest? And a third working? I would guess that feeding, clothing and caring for four would be cheaper than six. Is that true? Or is college/trade school adding additional expenses? Just wondering how things are different now than when your children were small. Like what new accommodations, budgeting concerns are you facing as your lives evolve?

Utilities; really hard to say! I mean, heating and cooling the house costs the same; only savings really would be from fewer showers, I guess.

Clothing: same story as with gas.

Food: I do think I am starting to see a lower grocery bill now that it's four of us.