This week felt a bit like a new kind of normal; we are settling in here at our new house and I’ve been doing a little more cooking. 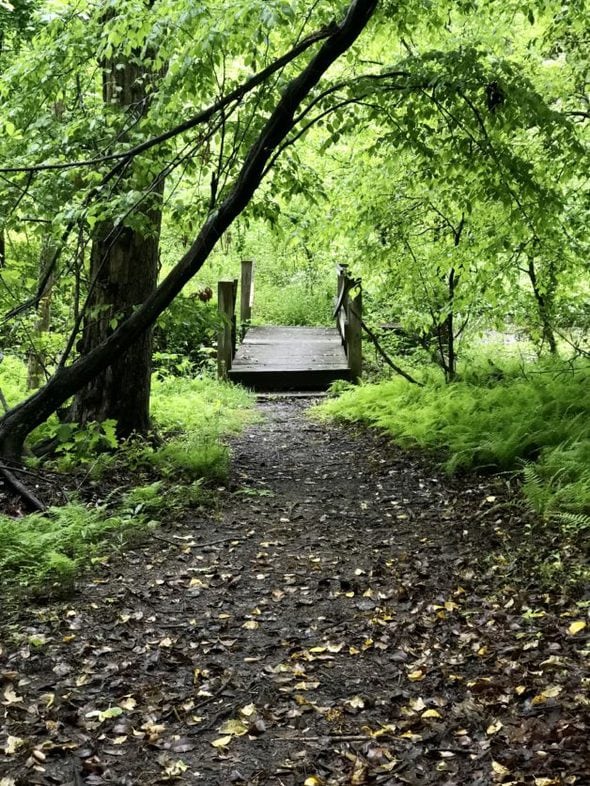 And this coming week should be even better since I’m done with school!

Here’s how my spending went this week:

I still think this is probably higher than what I’ll eventually settle in at; the problem right now is that my pantry is still pretty bare, so whenever I want to make something, I have to buy all of the ingredients.

Zoe and I went to the mall (to return that extra prom dress), to Target (for another return), and to Staples (for some desk chair mats to protect the floors here), so we ate dinner at the mall food court.

Incidentally, I can tell my brain is still thinking about stuff I learned in biology last spring, because when I looked at these food court stools, I thought, “Those look like thylakoids!”

(thylakoids are membrane-bound compartments inside chloroplasts, and they are often found in stacks, called grana.) 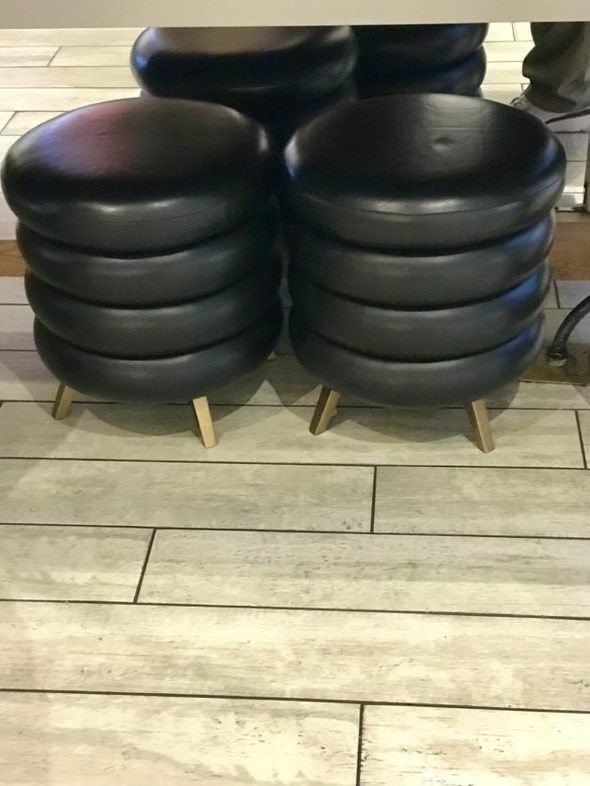 I made myself a salad while Zoe was at youth group, and I do not remember what she ate when she got home! 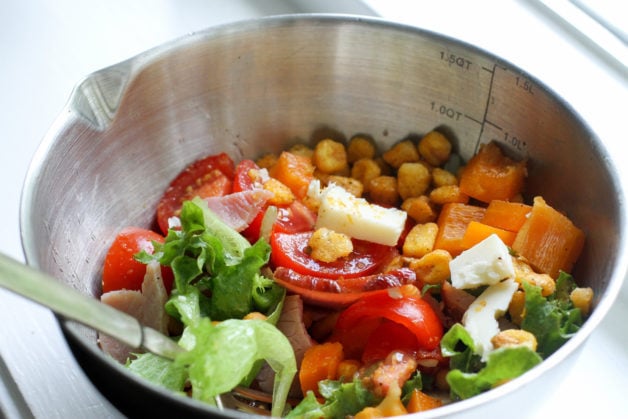 I made some sausage meatballs, boiled some cheese tortellini, and dumped a jar of Aldi marinara sauce on top of it all. Fruit on the side. 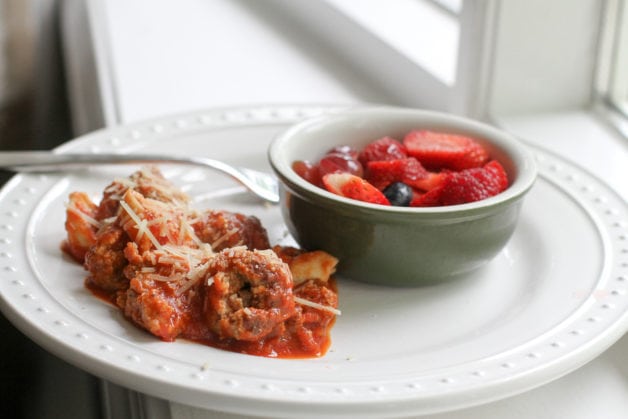 Zoe ate leftover tortellini before her class, while I ate avocado toast. 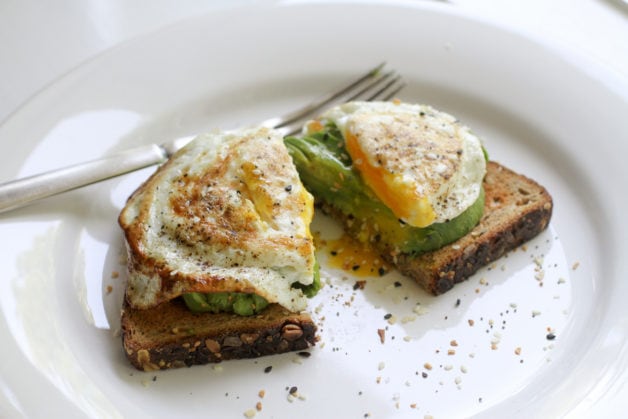 Sonia came over after class and I made her some scrambled eggs. Also, since it was the girls’ last night of the semester, I made some Rice Krispy treats, which they love. 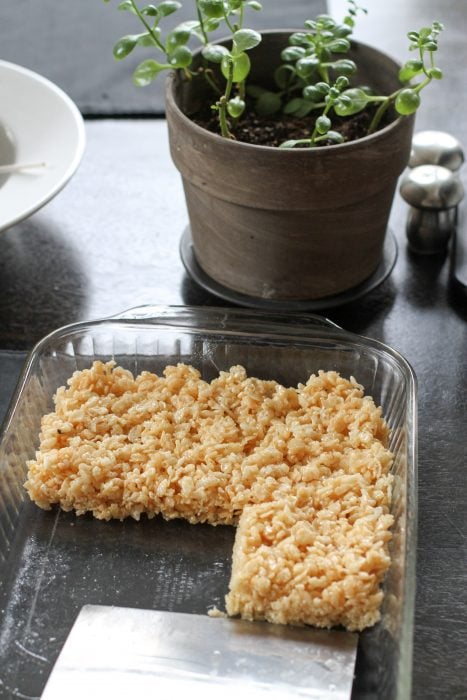 Zoe was with some friends, so I was on my own at dinner. I cut up some Hungry Harvest tomatoes that needed to be used: 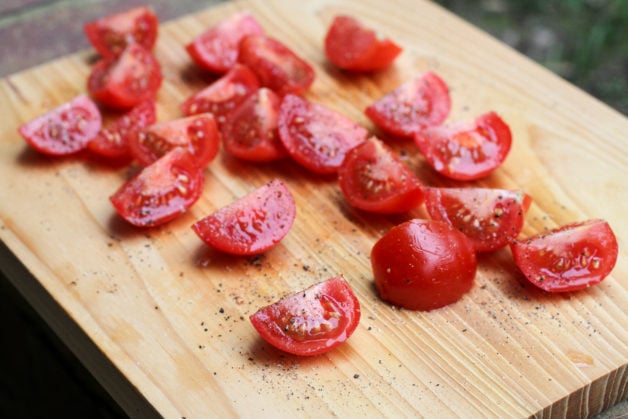 And I heated up some jalapeno bratwurst. 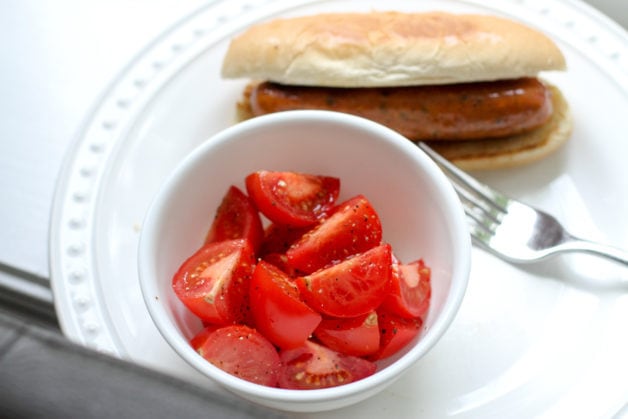 My first attempt at the toasted bun went slightly awry (and it set off the smoke detectors.) 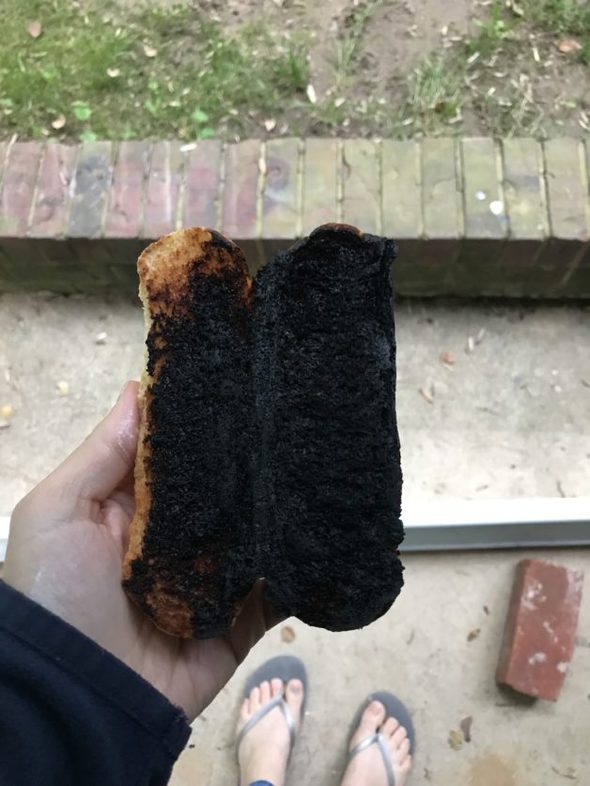 I texted a photo of it to Zoe and I said, “I think this bun is carcinogenic.”

Also: IMAGINE HOW CRUNCHY IT WOULD BE.

I threw it into the fire pit. 😉

I made chicken tikka masala and we ate that with naan, grapes, and sliced cucumbers. 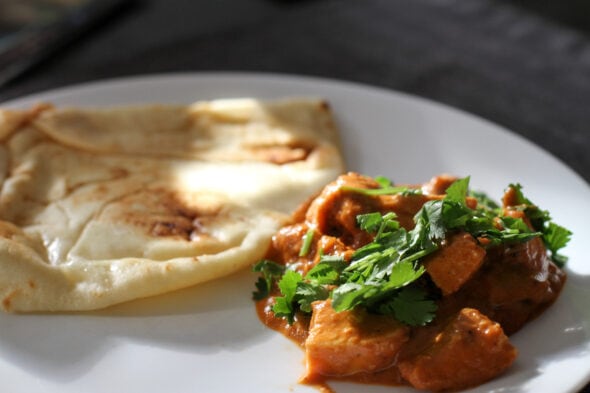 Zoe’s having a sleepover with a friend, so I’ll be feeding just me. I might make a naan pizza. Or maybe I will finish up the package of bratwurst (and try not to set off the smoke alarms this time!)

Monday - No idea... it would have been random as I was low on groceries Tuesday - Boxed pizza - I was in town all day and not home for dinner Wednesday - Burger and Beans on Bread (my husband's specialty) Thursday - Rotini bake with chicken, mushrooms, parm & mozz and wild asparagus Friday - Leftovers Saturday - Lasagna made with l/o homemade spaghetti sauce & green salad Sunday - hotdogs over the campfire and corn/chili cheese frito salad & s'mores

Oh, yum your Thursday dinner looked so good! I have been off since Thursday getting stuff done at my house, but I managed to get so much done! {this is no small thing as it has really started feeling like summer here and most of my projects have been outside} This week: Monday - Shrimp Tacos instead of the shrimp salad I was planning, and they did not disappoint. Tuesday - Chicken Breast cubes with Lemon Feta Rosemary Potatoes, peas Wednesday - Tacos again - this time with ground beef instead of the Taco Mac I was planning because, tacos. Thursday - I ordered from Chuy's and I am not sad about it. Friday - Happy Hour at The Girl's apartment - she fixed us some meatballs with gluten free pasta and canned peas and I ate every bit of it because I was so hungry~!~! Saturday - TBD but I pick up my groceries at 7:30 so I'm sure it will be takeout and most likely...tacos. Sunday - Grilled Pork Chop, risotto, peppers

Fish and vegetable curry with rice

Breakfast for dinner: egg, ham, and cheese bagel sandwiches with fresh fruit on the side

Our school did a fundraiser with a local restaurant so we got takeout fish fries for dinner Friday.

I can remember having to buy a lot of food more than once. It is amazingly expensive.

This week has chugged by oh so slowly. I have tried to cook meals and everything has been wrong or rejected. The joys of cooking for the sick elderly. We have had sausages in buns with fruit, tacos which I ate for three days solid...Tonight was corned beef and vegetables, rejected and a new Gozman y Gomez opened near here so I bought a meal there. Mum's meal was rejected and mine had a chicken spine in it! So a week of spectacular fails.

Nest week has to be much better.

It's been very busy and it's nearly the end of school.

We ate sausage sheet pan meal, egg roll in a bowl, white beans with mushrooms and marinara (from budget bytes), grilled pork chops, and pizza. There was lots of fresh fruit and some kind of veggies, too.