I rarely do roundups like this, but I keep coming across articles lately that make me think, “Ooh, I should share this with my readers!”

Yesterday, a reader shared a link to this article about American Giant, a new company who is making their sweatshirts and tshirts entirely in the U.S. (even the fabric is 100% U.S. made.) I thought it was a fascinating read, and I hope there are great things ahead for this company. 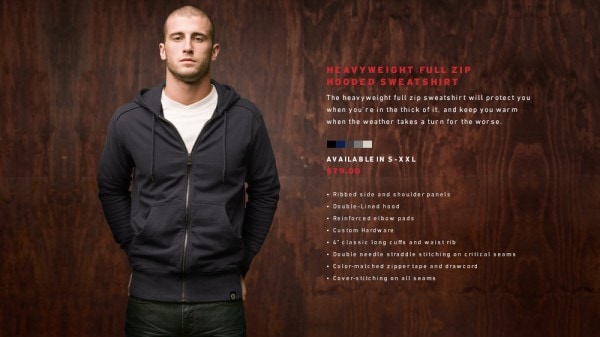 Their clothes aren’t cheap, but it sounds like they’re manufactured with care and designed to last for years and years. I think they’d make Elizabeth Cline, the author of Over-Dressed, smile.

(which is one of the things I suggested in my follow-up post to my Over-Dressed review.)

In light of the recent factory tragedies in Bangladesh, a bunch of clothing companies, including H&M, have now signed a factory safety accord. I think this is a step in the right direction, but it hits me the same way Wal-Mart carrying organic products hits me.

On other words, I certainly wouldn’t discourage it, and I think it’s the right thing to do, but H&M is still a fast fashion store that carries poorly made products which have to be bought at great volume in order for the store to be profitable. If they start to treat their workers properly, that’s awesome, but it still doesn’t fix the problems caused by their production of clothes that are, in essence, semi-disposable. 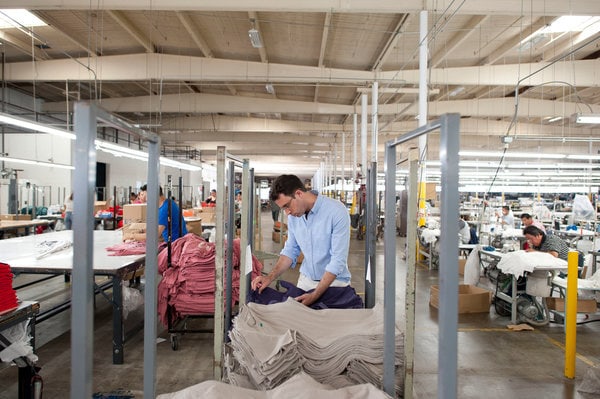 The clothing problem, like our food problem, can seem overwhelming and impossible to change. But consumers have power, and though we can’t change things overnight, our collective voice is indeed heard.

We’ve had several discussions in the comments of late about picky eating, so when I read Christine Gross-Loh’s HuffPo article about the way people parent around the world, the section about the way Koreans handle food and children piqued my interest.

The whole article is worth a read, though, and I was especially fascinated to learn that though Finnish children spend fewer hours in school than American children do, they generally rank above American students in testing.

Interesting article on clothing manufacturing. While I see another posters view on that price being rather high, I think the point is when it comes to items you plan on keeping for a REALLY long time, we need to start coughing up the dough. I really do get being more minimalistic and shopping more made in USA, BUT the reality is that I can't and won't do it 100%. But for my quality items and my non-trendy items, I think it is worth spending the extra money. Thanks for the articles -- it just proves that even if we can't make a full turn around, there are options coming up for making improvements.

Oh, and as for disposing of well... disposable clothes. There ARE options. Instead of just throwing items away, they can be re-used for so many things. Within your own house, they can be made for cleaning rags, art rags, or even for other projects -- we've turned old clothing into decorations for Halloween! But you can also donate or sell them -- even stained items. Just because you can't use them doesn't mean that someone else can't. Also, many large donation centers now take donated items such old sheets and shirts or anything fabric and sends them to a company that cleans them and turns them into 'green' insulation and other products. So... while some clothing may be cheaper, it's not necessarily 'throw away'.

Loved that HuffPo article and funny, I just mentioned those literate Finns in my last blog post. I don't do formal instruction in our homeschool until 7, before that it's phonics and reading lots of books.

Wal-Mart and Gap have not yet signed the factory safety accord. It will be interesting to follow this news to see if they eventually do...or not.

I will support any manufacturer of items made in the USA with USA materials. I have been unable to find sheets manufactured with the same quality fabric of those made in the 1970's and '80's. The last time I purchased sheets only because I had to and paid a lot for them, thinking I was getting a quality product. That was NOT the case.

I am always looking for vintage sheets for this reason! I've had luck at one second hand store near me that buys up estates.

Kristen, that was indeed an interesting round-up--thank you! I was particularly interested in the HuffPo article about how different cultures raise their children (I'm going to look into the author's book). A while ago, I finished the book "Bringing Up Bebe" about an American mother married to a Frenchman and living in Paris. It was a fascinating read and we're incorporating some of the "French common sense" in our own household--such as not fixing separate meals for the kids. Not always easy, but a good exercise for everyone.

My two (Finnish) cents for the discussion about the Finnish education. First, I want to second Jess's comment about Finland's homogeneous population. It applies to language, culture, and economic state of people (the last of which of course isn't just a happy coincidence but a result of politics which could seem as socialistic in American context).

Second, I want to emphasize one thing also Gross-Loh wrote about: "Equity, not high achievement, is the guiding principle of the Finnish education system." I think this is one thing which separates Finland from quite many countries, also many of those which do well in tests. Here, a lot of effort is aimed at the below-average pupils, so they, too, achieve fairly good results. (This equity in education for its part evens out the economic inequalities, too.) One consequence of the education policy, however, is that top talents may not get enough challenges at school, so we may lose high-achievers.

Ooh, how lovely to get a Finnish opinion!

It's really awesome that your system works hard to help kids who need extra help. It would be especially awesome if they could figured out how to do that while still challenging the high acheivers.