1. Don’t buy this sweater if you’re built like me.

I saw this tunic sweater in a roundup of Amazon sweaters, and I thought it looked cute and comfy.

So I ordered one in small/medium.

And while it WAS comfy, cute is not a word I would use to describe the look on me. 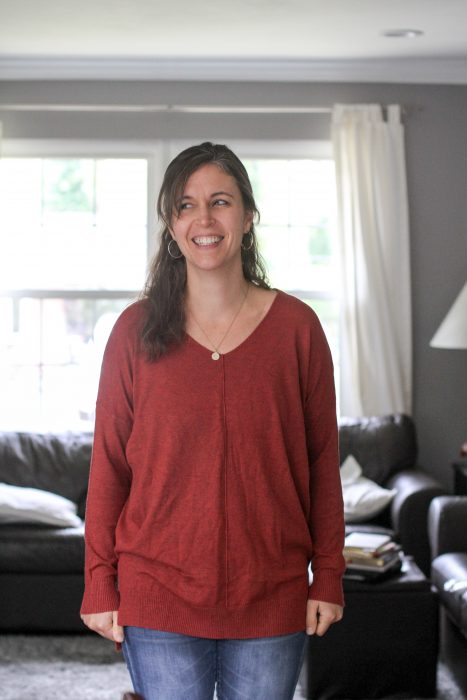 The main problem is in the way the sleeves/sides are set up. 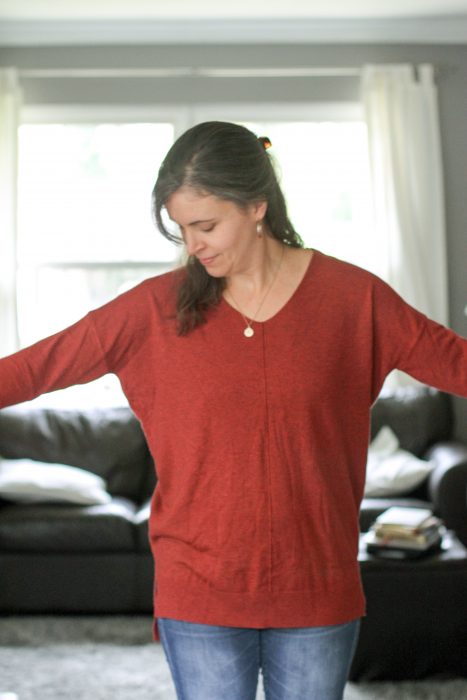 All that extra fabric settles in such unflattering ways on me when I put my arms down. I’ve worn oversized sweaters before and not had this problem, so I know it’s just a design issue. 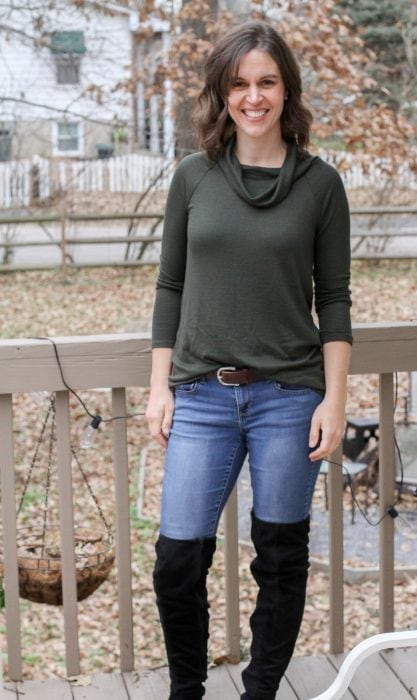 This one is a loose fit, but it hangs so much better.

Oddly, I think the famous flying squirrel sweater might actually be better than this one! 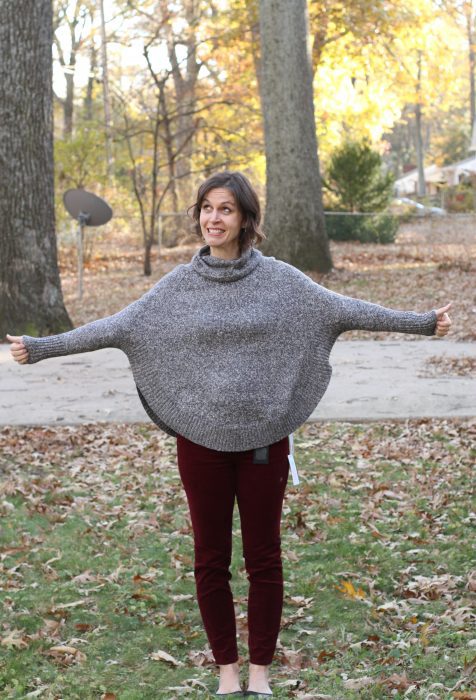 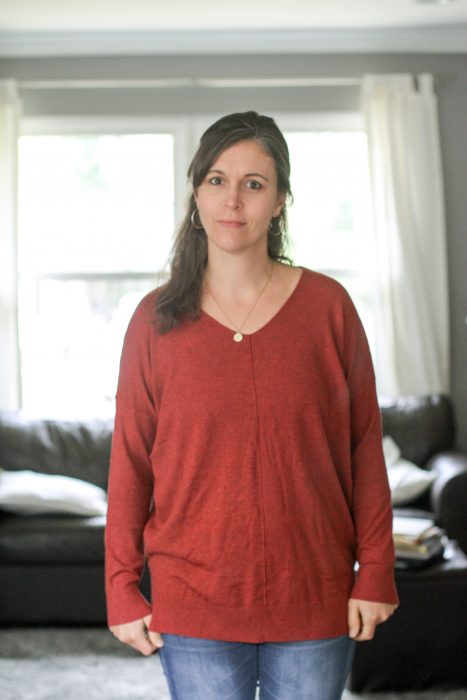 I’m guessing that if you are a curvier person, the sweater would hang in much more flattering ways.

So. Skip this one if you are built like me!

(If you read the reviews, you’ll see that for some people, it hangs fine, while for others, the batwing effect is a problem.)

2. What I think about boycotting

A little while ago, there was a bit a kerfuffle in the comments of a post where I mentioned getting Chick-Fil-A. 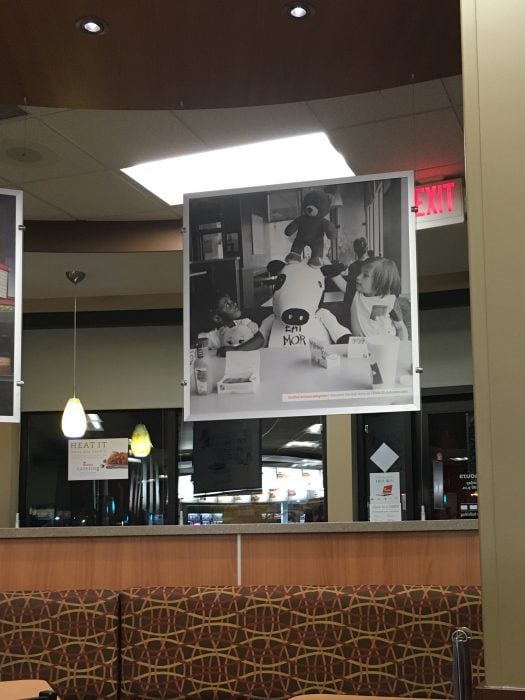 So I wanted to reshare a post I wrote a while back about boycotting.

As a general rule, I don’t boycott, and this post explains why.

3. How to pronounce Lisey

A reader asked me about this recently, and I figured other people are wondering too.

Her actual name is Elise, but ever since she was really little, we have called her Lisey.

So now you can say it right in your head as you read. 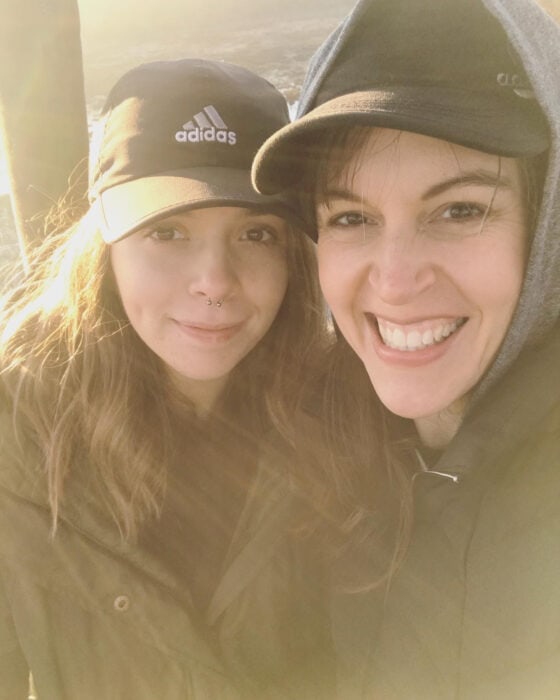 If you met her in real life, though, she’d introduce herself as Elise. That’s what she goes by at work and school.

And we’ve told her that we’ll switch to using Elise if she prefers, but so far, she’s good with us calling her Lisey.

On a related note, another reader asked about this recently. 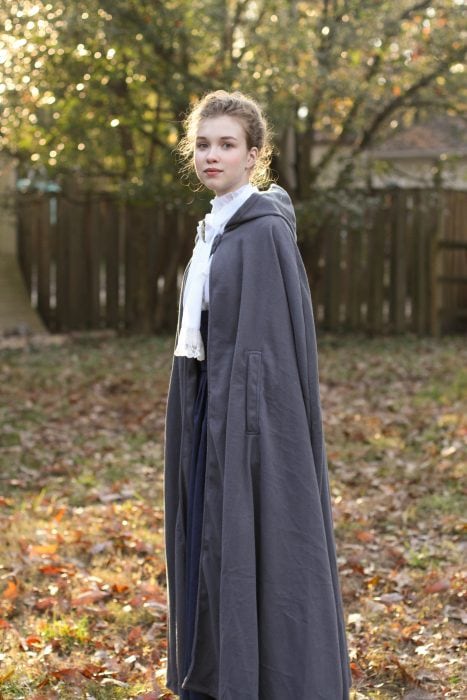 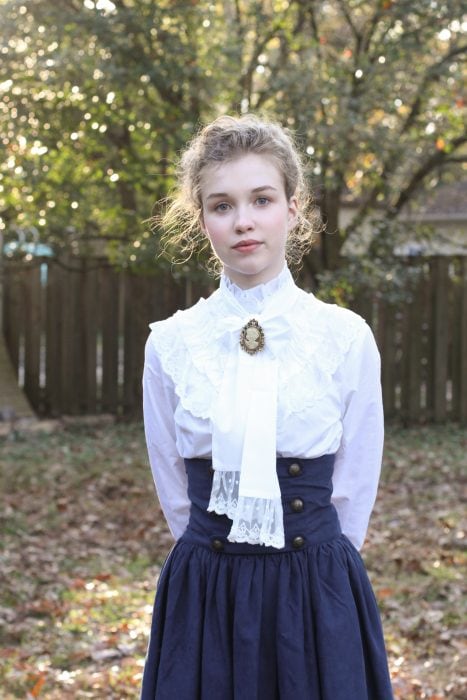 And Zoe’s name is awfully straightforward, so I don’t think anyone has ever asked me about hers!

I did a Snoopy. Of course. 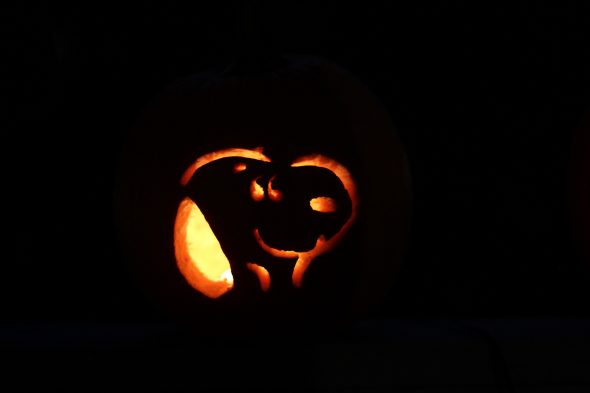 Zoe did a Minecraft pumpkin. 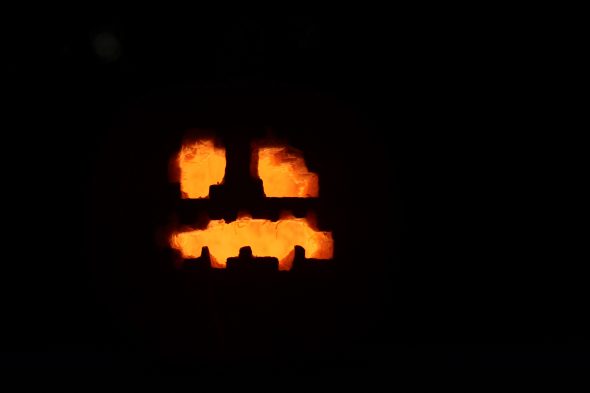 Mr. FG did a Rocky and Bullwinkle pumpkin. 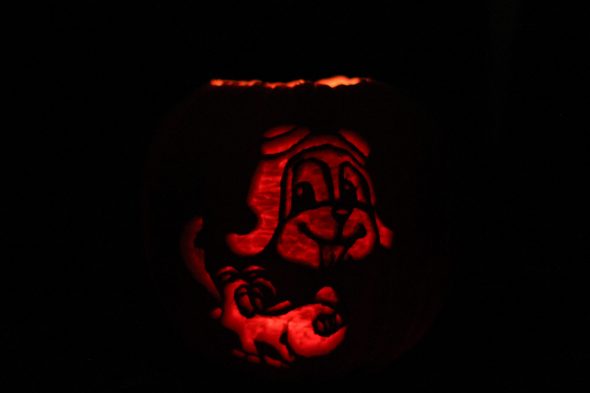 And I don’t have a photo of Sonia’s because she ran out of steam and did not finish carving hers. 😉

6. I have another blog

I’ve mentioned this before, but the other day a regular reader said, “Wait, what?? How did I miss that you have another blog?”

So in case you have missed it as well (!), I do have another small blog.

It’s called Kristen, Prompted and over there, I post short essays that I write based on a set of writing prompts. 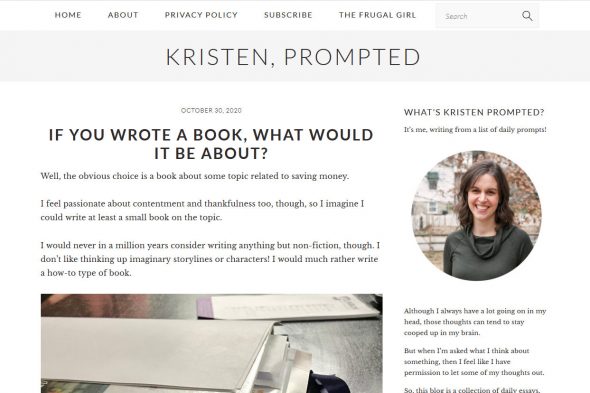 I write The Frugal Girl mainly to help and serve readers; I write at Kristen Prompted mainly for my own enjoyment.

But if you want to follow along, you are more than welcome! The prompts from Rustico are fun and varied, and readers enjoy answering them in the comments.

So, if you have fun hanging out in the comments here, you’ll probably enjoy it over there as well.

And that marks the end of this edition of randomness. Thanks for reading!

I have a friend named Zoe, and she pronounces it to rhyme with "toe" and not "Joey." So, there are multiple ways to pronounce Zoe! I never knew until I met my friend.

Oh my goodness, the Edwardian Halloween costume suits Sonia so well!! She looks as if she stepped right out of the past!

The charity that I work for has a mandatory Nestle boycott. I would be fired if I served Nescafe or Kitkats to clients. I try my best to do this at home as well, but I do buy Cheerios as my son won't eat any other cereal, including own brand copies.

Whoop, I had your daughters' names right That's the general way they'd be pronounced in the UK.

I love your blog because you're so friendly and I feel like your readers can joke with you like friends and get away with saying, man, that top is ugly!

I'd just finished a therapy session when I read this post and what you said about Lisey's name was a catalyst for a thunderclap moment of realisation at something I hadn't been able to get to during my session. So thanks. You never know what a tiny act from one person might be a huge deal in someone else's life x

Ahh Thank you for showing us the squirrel sweater again... I love that you check with your kids what they like to be called My randomness...watching Clara's Depression era cooking utube vids again; if u haven't seen them they are so special, this wk inspired me to invent a pasta dish with a can of crushed tomatoes, sriracha, mixed veg , & parmesan cheese ...it was so warm & sunny today!!! first day off of warmness & got the washing dry in the sun; I love that, it feels & smells so fresh. ...Ordered a traditional homemade Christmas Pud for my family interstate ( I buy one every year for two who love it - the rest can do without it lol) ...Decluttering paperwork & making progress