-noticing as I sort through pictures, how tall Sonia and Zoe have gotten. And how very little difference there is in their height, despite the two-year age gap. 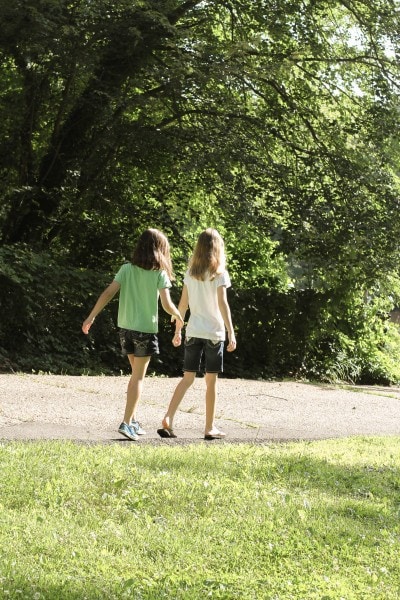 -slightly relieved because this week has been a little challenging in terms of getting dinner on the table, but I’ve managed every night so far.   It hasn’t been fancy (pancakes and sausage last night!), but it’s gotten the job done.

Takeout for six people is stupid expensive, so getting dinner on the table is a high priority for me.

-happy about how many bucket list things I’ve done so far.   My first update at the beginning of July is gonna be a good one!

-hoping to work on cleaning out my shed (a bucket list item) because it is not super sunny and hot today.

-glad I decided to take Sonia and Zoe to the park yesterday instead of cleaning out the shed.   Because yesterday it WAS sunny! 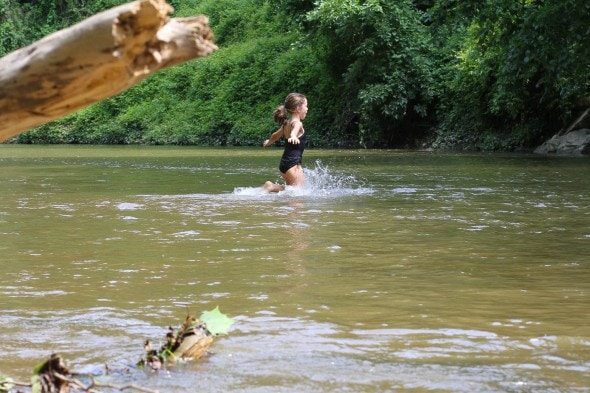 -delighted that I’ve been able to get rid of a lot of stuff so far this summer. Yay!

-happy that I’ve been able to rehome almost all of our unneeded stuff.   Very little has hit the trash.

(Here’s how I declutter without creating trash.)

-smiling at this photo of our homemade Father’s Day cards.   Lisey (hers is at the top) made it her mission to create the cheesiest card possible, so she purposely picked Comic Sans as her font, decorated it with random wrong-season stamps, and added glitter. 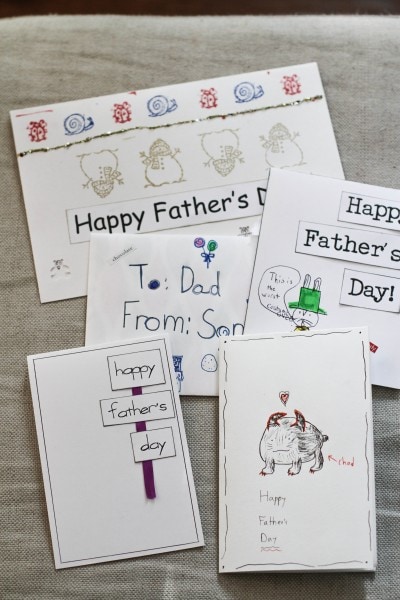 It was a fun and hilarious card-making session.

-thankful for the regular rain we’ve had.   My brother and I put in a bunch of new bushes/plants last week, and I’ve barely had to water them at all! 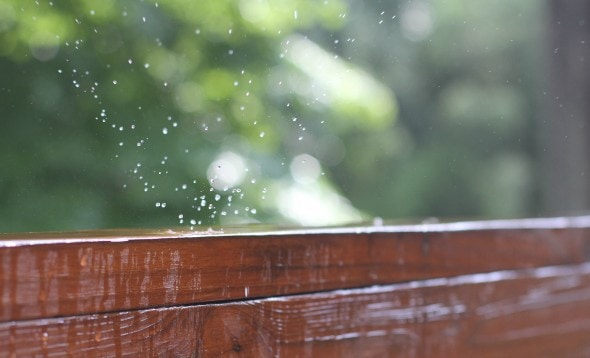 -a little discouraged at the cost of fencing, even the split-rail variety.   I seriously had no idea.   Oy.

-also discouraged about how much time and money a house requires.   SO MUCH UPKEEP.   Can we all just live in a tent??

-excited about teaching my kids to cook this summer.   Lisey’s up first today, and she’s making thin-crust pizza.

(I recognize that at first, I’ll be spending more time in the kitchen because new cooks slow you down rather than speed you up.   But I think the investment is gonna pay off.)

-appreciating all the green of summer. 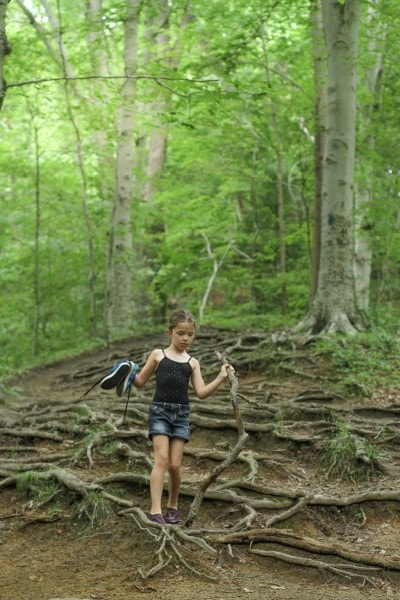 It’s such a nice change from the drab brown of winter.

-wishing (kind of) that summer would last forever. I do get tired of the heat and humidity by the end of August, but I love summer light and summer green and no school and more free time…I wish those aspects could go on forever.

(Though obviously I don’t realllllly wish my kids would never have school because I do want them to be educated individuals.   😉 )

How about you?   If you want to do a little “right now” of your own in the comments, please do!

We started have kitchenduty 1 evening a week last September. My 12 y.o. really likes it. He has several recipes he can make on his own now (lasagna, quiche) and they are quite good. His 14 y.o. brother is less enthousiastic, partly because he has more homework, partly because he is more into junkfood, but he too learnt a lot. Our 10 y.o. does help cooking and baking, she even suggested to make nettle-soup together. Ans yes, after a year it really gives me spare time the evenings the oldest 2 cook. They have to cook different meals, and rather healthy, although they may choose a less healthy meal every now and then. And of course they have made some favourite recipes several times over the year. Hope it will be like that for you as well.

Excellent! I hope things go as well for my kids.

Today I got two of my children's clothes sorted through (closets and dressers). I was able to hand down three totes and a big bag to friends that are always happy for hand-me-downs. Feels. So. Good. to have that done and out of the house. BTW, you're going to love it when the kids can cook. Not only is it super nice when they live with you, but the phone calls I get from my daughter at college telling me, "thank you so much for teaching me how to bake & cook"...that makes my day.

Yes! It feels awesome to be rid of stuff you don't need AND to help someone else in the process. It's a win-win.

And yup, I know I'm gonna be glad I invested the time in teaching them how to be comfy in the kitchen. So many kids leave home with no kitchen skills, it seems, and that sets them up for a lot of takeout spending at a time in their lives when they usually don't have extra money.

Next thing you know you'll be bringing in the "vey."

The homemade cards are really cute... What do you use to create them? I'd like to make homemade cards (something better than construction paper and magic markers of course:-) ) but the supplies at craft stores are a little overwhelming.

We used mid-weight white paper folded in half, and then some printer fonts. And we inked the edges of the printed "Happy Father's Day" pieces to help them stand out.

Right now I'm contemplating doing a handstand and photographing it. Although I concede I may require a little help with that. It is International Handstand day after all - they've piggy-backed #FoodWasteFriday.