I typically only buy new clothes. I usually find some pretty good deals on clearance etc., but lately I’ve been looking at Craigslist and have found some really good deals on “lots” of children’s clothing. I feel like I shouldn’t pass up such a good deal when we need them, but I can’t get over my, I don’t know how to explain it, fear I guess, of other people’s germs and such. Is there anything special that you do when you wash used clothes, or do you just wash them once regularly and they’re okay? 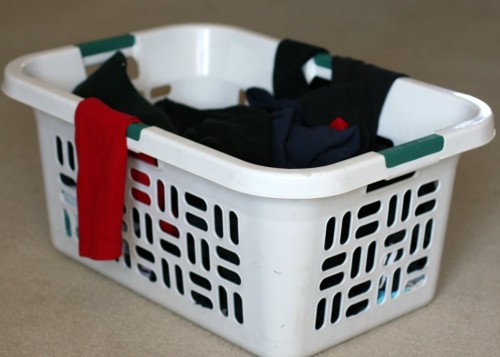 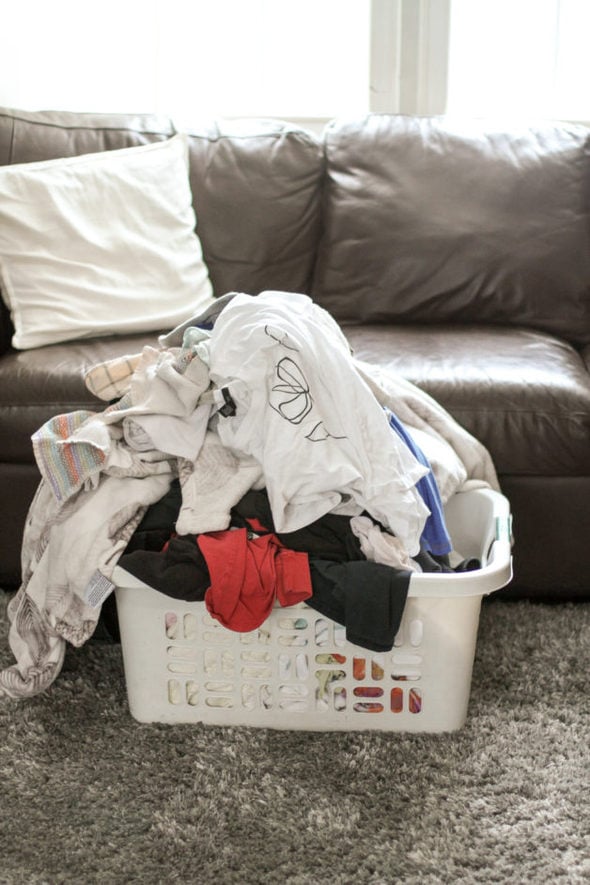 If you think about it, it’s quite possible that clothes from a regular store have already been on another child’s body, assuming that store has fitting rooms. So it’s not like every piece of brand-new clothes is totally unworn.

I would feel odd about used underwear or socks, but shirts, pants, shorts, and dresses are all good by me.

I have 4 kids, the 2 older ones don’t go to school in the district we live in so I drive them to/from school everyday. My 3 yo is old enough to start preschool this year, but the times they offer mean I’d be driving into town 1-2 extra times/day!!! Oy!

I would LOVE to homeschool him for the next 2 years at least (plus save $200/mo…that’s the price of preschool). What do you recommend as far as homeschool programs (there are so many choices)? AND I’m getting negative feedback from family on my choice, how do I handle that? They think he’ll be behind on a social level but my son is well above his friends his age socially.

On the fact that people have social concerns over a kid not going to preschool: dear heavens. I think that’s…a little silly. For years and years, most children didn’t go to preschool, and I’m pretty sure they managed to survive in spite of that.

Here are a few things for you to remember:

-You have four kids. So, your three-year-old has hung out with other children every single day of his life and he’ll continue to do that.

-Not all the socialization that happens at preschool is fabulous. And three-year-olds are pretty lacking in discernment, so this is a lovely time of life to make sure he socializes with children that won’t encourage bad behavior.

-$200/month is significant. So is your time. And given all of the above, I don’t think there’s any good reason to spend your money and your time on preschool for him.

On the curriculum front, I may have to defer to my readers because I have never done a formal preschool curriculum. I’ve mostly done a lot of reading aloud to my preschoolers, provided them with fun, educational DVDs to watch (National Geographic type of stuff), let them color and draw, and also given them plenty of free time to play. We also did a lot of casual, everyday-life learning, like talking about colors, and counting things (“You can take five pretzels out of the jar.”)

If you have a good idea of what he’ll need to know going into kindergarten and you don’t want to mess with a formal curriculum, you could just go it on your own like I did, while adding in the skills he needs for kindergarten (if he needs to write his alphabet or his name, you could have him practice that each day, or you could buy a pre-K Handwriting Without Tears book).

I guess the last thing I’d say is that it’s good to remember that this is just pre-school, so don’t stress out too much about it. Keep it fun and informal, and let your son enjoy just being a three-year-old. 🙂 I’ve done very little official preschool work with my kids, and by the end of their kindergarten year, all four of them were reading, writing their letters with no problems, and doing first-grade math.

I am going back to college in a few weeks and I’m changing up my decor (frugally, of course!) My mom knew I was re-decorating my personal bedroom at school so she generously bought me some new towels from Target that match my new shower curtain and bedding. These towels are beautifully white with a green accent edging. Now my mom told me I cannot bleach them and that bleach would ruin the accents. She is currently embroidering them with my initials and so now I definitely can’t bleach them. How can I keep my new towels sparkling white throughout usage WITHOUT bleach?? I thought maybe Oxy-Clean? Any ideas would be greatly appreciated!

I’ve had good experiences with Oxi-clean, so yep, I think that’s a good idea. If you had access to the outdoors, leaving the towels in the sun would also help to keep them white. But I assume that’s not a possibility if you’re living in a dorm.

Mr. FG and I use white towels and I rarely have to bleach them…I just wash them regularly and throw them in the dryer. But if you live in an area where the water makes white items dingy, I can understand why you’d usually bleach your towels.

Readers, all three of these questions could use your input. Have at it!

Q & A I know that I should not donate used underwear for obvious reasons....but do you have any suggestions on what to do with children's underwear that is too small (other than rags)? It seems such a waste to throw out batches of these!

I haven't got any great ideas other than rags, unfortunately!

Regarding preschool, if you want something a bit more structured I highly recommend this program:

Regarding preschool: While I know the experience is great for lots of kids, I just have to say this - it's "pre" school, as in, "before" school. It's the time of a child's life BEFORE they begin school. So, if you don't want to or can't send you child, that's perfectly fine! If it works out for you to send your child, that should be ok too, but remember, they can do most of the activities at home.

I have 3 children ages 11, 9 and 5 and we have never done preschool. I believe that preschool is basically daycare and I have luckily been able to stay at home with my children. If a mother is stressed out or trying to work from home then preschool is a great option, but as for feeling that your children will fall behind without preschool, absolutely not. Don't give into the guilt of others trying make themselves feel better about putting their children in preschool.

About preschool and homeschool, I totally agree with your answer. Preschool is not necessary at all for any reason. However, some children are interested and curious and ready to learn by that age, and if they are, they will enjoy different preschool activities at home. My 3.5yo son had fun this past year doing about 15 minutes of "school" every day. Basically, I read one Bible story, worked on a Bible verse to memorize, had a short phonics (and later, reading) lesson, and a short math lesson. I mostly used printable "tot packs" and "preschool packs" that I found online and otherwise drew from my experience as a K5 teacher. I only did it because he was interested and eager to learn; if your child is happy playing with his toys all day and has no interest in letters or numbers, i wouldn't push it personally.