So, I had a bit of cilantro left in my fridge. It wasn’t getting pretty dry and yellow. But not slimy.

And since I bought a nice new bunch of it to use in a batch of Chicken Tacos, I thought it made sense to focus on using up the nice fresh cilantro instead of the old yellowed stuff.

(Incidentally, if you haven’t made the chicken tacos yet, you should. Soon.) 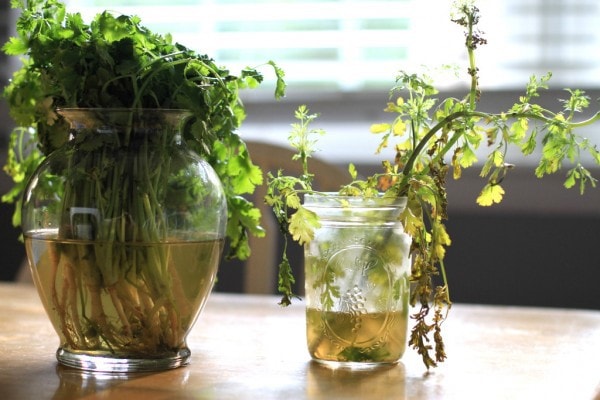 I also had a few more power outage casualties…a bag of cheese went moldy long before it should have, and I discovered mold in a nearly full jar of tomato sauce from my fridge. Apparently it just didn’t stay quite cold enough in every part of the fridge while the power was out.

Hopefully that’s the last of the storm-induced food waste, though.

How did you do this week?

Had a fairly good week, but then I had somewhat cleaned out the fridge last week, so didn't have as much to use up this week. So doing okay. Do have some homemade barbecue that I have to find a use for. Not quite right to me on a sandwich, but was delicious with some strawberry and marinating some chicken in.

I have the ends of two bags of salad left from before our recent vacation and they are really slimy now. I also had to cut some mold off my block of cheese this morning, but the rest of the cheese looks good now.

Mine was ugly & stupid this week. I got busy & distracted and scorched a whole pot of chickpeas

Mine was ugly & stupid this week. I got busy & distracted and scorched a whole pot of chickpeas

I made chicken fajitas last night, along with fresh homemade salsa. I did the same thing Monday, so we used up our bunch of cilantro. Cleaned out some other stuff, though!