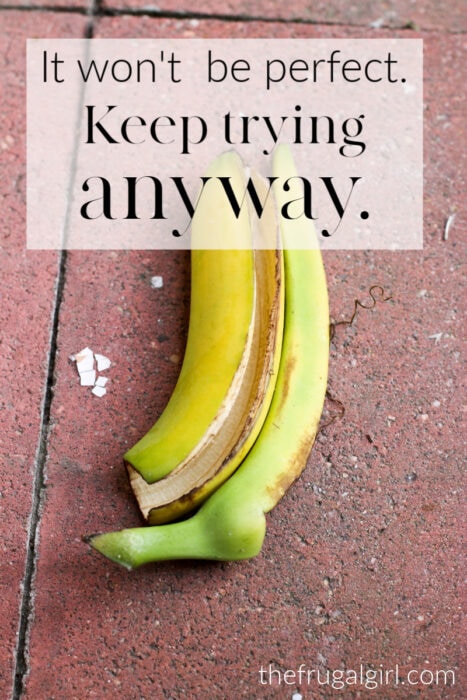 The other day, I opened a new bar of soap from Third Day Naturals, and I set the wax paper wrapper aside to add to my compost.

That was a nice no-waste feeling, and it lasted for a brief moment. 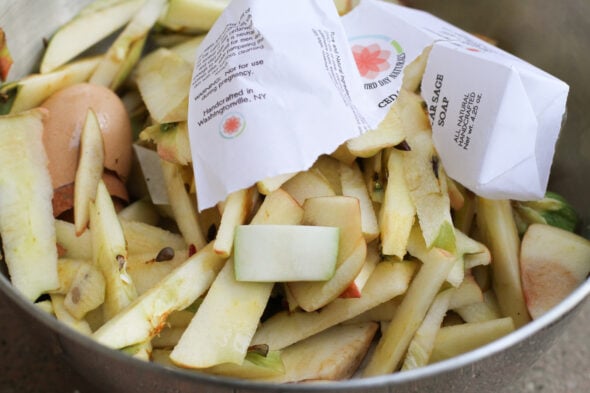 But then I remembered the banana peel I’d thrown in the trash the night before (instead of the compost), and immediately, I had a, “Why bother?” moment about the soap wrapper. 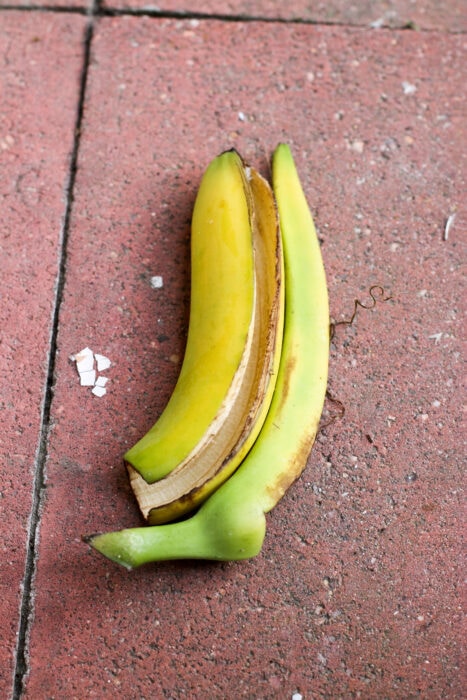 (Of course, it wasn’t. Any compost is an improvement over trash!)

So, then I started thinking about all the other ways we do this (and I include myself here.):

(This way of thinking is super common when it comes to healthy eating/exercising too, but that’s not what this blog is about.)

Anyway, then I started thinking about how ridiculous this line of thinking would be if we applied it to other arenas. 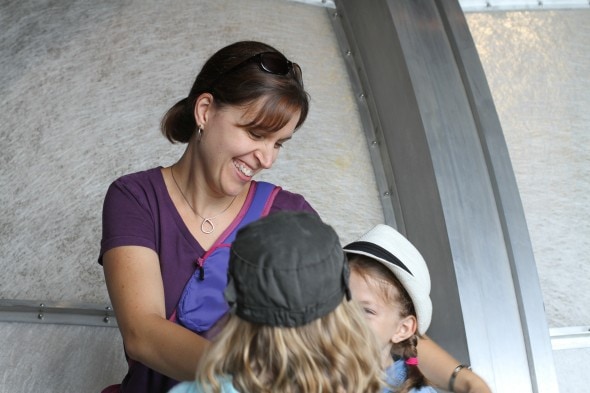 For instance, let’s say you lose your temper with one of your kids in the morning. Would you then think it’s not worth bothering to be kind to them that afternoon?

Or if you were late to a meeting one week, would you think it’s not worth trying to be on time the next week?

If you burnt dinner one night, would you think that makes future dinner-cooking pointless? 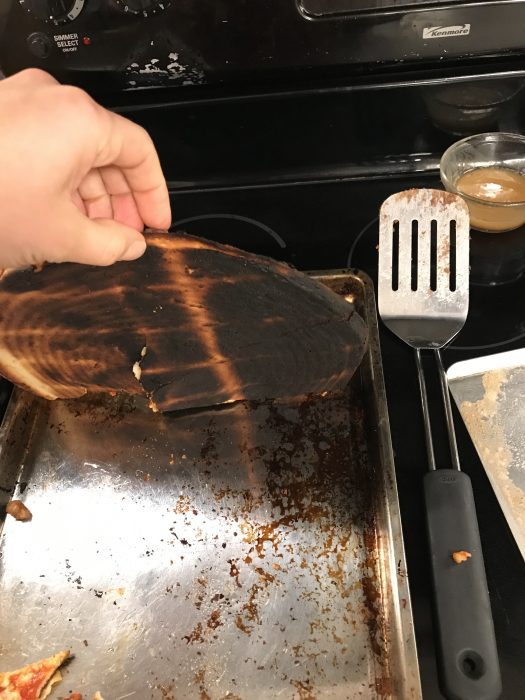 If you forgot your mom’s birthday one year, would you not bother trying to remember the next year?

Accept that it’ll be imperfect. And keep on trying.

No one does things perfectly.

Every effort at improvement is going to be a mixture of successes and failures.

And a failure here and there most certainly does not erase a long line of successes.

Would it have been great if I composted my banana peel AND my soap wrapper?

But my composting efforts, even when a little spotty, have saved hundreds of pounds of waste from hitting the landfill.

I should definitely not give up over a banana peel! 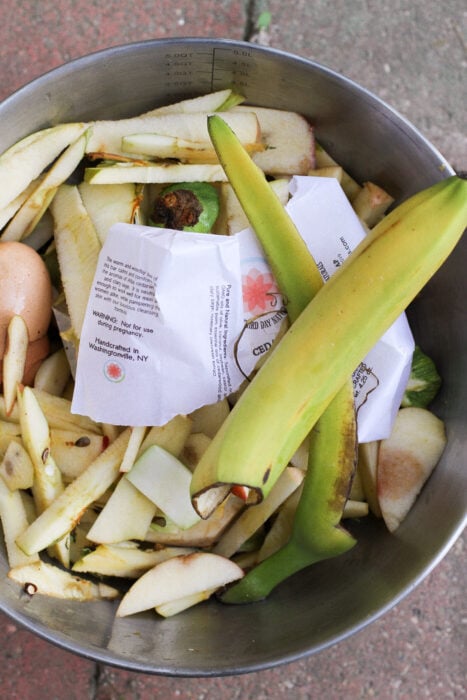 Would it be great if I never got takeout?

I’d definitely have more money if I managed that.

But my cooking efforts have, over the years, saved us thousands upon thousands of dollars. A $15 pizza night here and there does not negate that.

Zoom out and look for a net improvment.

The important thing is that the net effect of your actions is an improvement.

So, when you feel like throwing in the towel and giving up, it might help to zoom out so that you can get a more accurate view.

In other words, stop focusing on the banana peel, and think about the zillions of buckets of produce peels you’ve tossed into the compost. 😉

What helps you keep on going when you make a mistake?

Oh, that's a great example with the never cooking dinner again after burning it once! It's true we are kind of wired to give up more easily after a failure, but so important to persevere!

Love this blog today. I struggle to traipse the "mile" to the compost bin in the far corner of my yard when it's cold, snowing or raining. Thanks to commenters, I will use a separate trashcan right off the porch, including turning it by rolling it. Great ideas!!

This comment has nothing to do with your post. Magazinedeals.com has Cook's Illustrated for $11.00 a year. Today only.

Have you ever done a composting post? I'd love to see the results of your efforts!

I agree with Linda! Would love to see you do a focused post on your composting efforts. What kinds of items you compost, what your "bin" set up looks like and how you manage that, how you prepare and hold items to take out to your compost bin, tips you've picked up along the way, problems you've run into, pics of any finished compost, and how you like to use the compost, etc. etc. It would be very inspiring! I'm attempting to compost over here and I always find posts like those very encouraging and helpful.

Such a great piece and ideas we can't hear enough -- Perfection IS the enemy of good! (I think you said that awhile back. I guess we all struggle with this, so this post really pops.

I do remember 35 or so years ago, a friend was complaining that even if she put $100 a month into savings, big deal -- it would only be $1200 dollars a year -- could that buy a house, travel, all the wonderful things she wanted?? I pointed out the magic of compound interest over the many years that were stretching before us, not that I was any great shakes in this area myself. (ah, the 80s -- our salaries were small but our hair was big) Still -- it was compelling for a few minutes. It is so darn easy to go to the negative, what's-the-use? place. Really appreciate this is so many things -- not just $$$.