When I posted about my whipped-cream-is-healthier-than-butter-and-syrup revelation recently, I got some questions about how to whip cream. 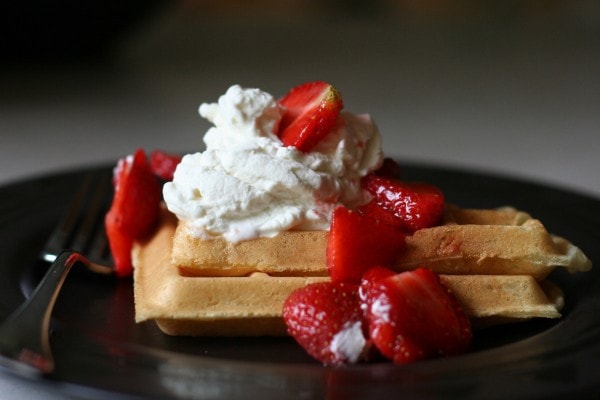 It’s actually really easy and doesn’t require a lot of sugar. Plus, it’s cheaper than whipped cream in a spray can, more real than Cool Whip, and less trash-producing than either of those.

(incidentally, I highly recommend having one of those in your kitchen. It’s not full of fancy food, but it’s really, really great to have around for solid, basic recipes.)

So. To make enough to top two recipe’s worth of pancakes, you need 1 cup of heavy whipping cream (light cream or half and half will NOT whip), 1/2 teaspoon vanilla, and 2 tablespoons of sugar.

Why yes, my cream is from Aldi. 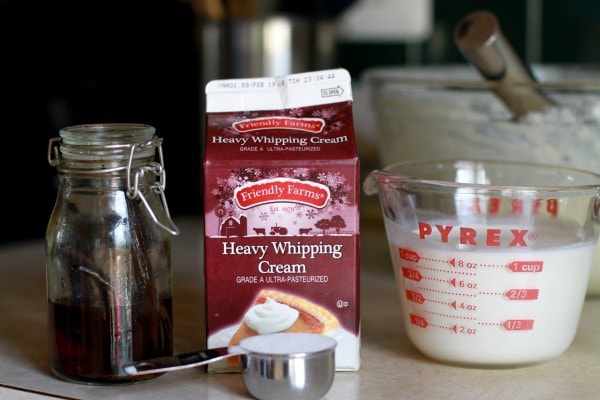 I know some of you will wonder about the vanilla…I didn’t actually make that myself. My sister-in-law, (you would know her as Adriana’s mom), made a bunch of jars and gave them to family members at Christmastime. I’m definitely going to give it a try myself, though, because the vanilla is really good.

Just dump all those ingredients together in a mixer bowl and fit your mixer with a wire whisk attachment. If you have time, you can stick your bowl and whisk in the freezer for 10 minutes or so, as cool temperatures help cream to whip better. 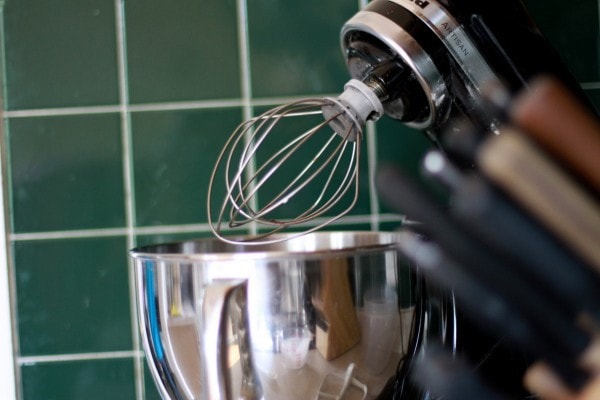 Mix on low speed for a minute or so, just to combine the ingredients, then mix on high until the cream is fluffy, like so. 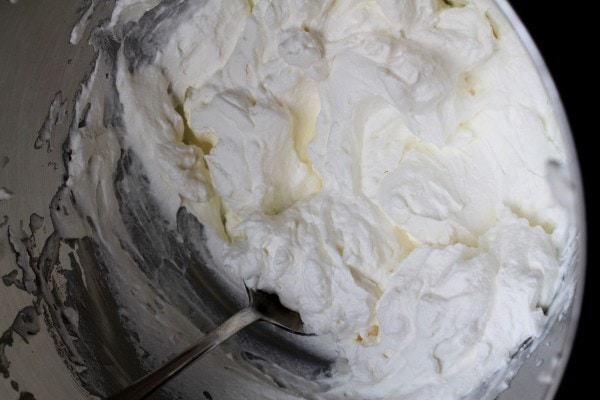 If you don’t beat it enough, it’ll be a little soft. It should have a pleasant firmness in your mouth.

If you beat it too long, though, it’ll start to separate a bit. And if you beat it WAY too long, it’ll turn into butter (That takes a really long time. Trust me.)

I promise it’s not rocket science, though…just keep an eye on the cream as it whips. It should only take a couple of minutes. And really, the degree of firmness is up to you, especially if you’re just putting dollops on top of waffles or pancakes!

Do you need something to top with whipped cream? Here are a few recipes for you. 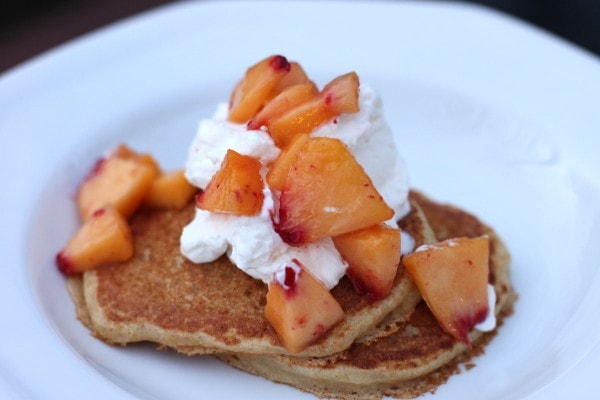 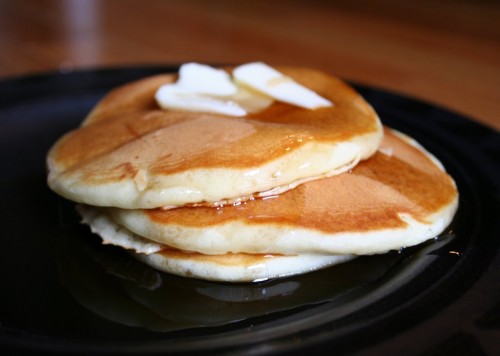 When I’ve got fresh fruit, I like to pair that with the whipped cream, but I’ve also used frozen fruit successfully (the peaches up there on the whole wheat pancakes are local peaches that I sliced and froze this summer). The key is not to thaw it to death…you want it to still be a little bit on the firm side.

Go make some breakfast food and whip up some cream for a change of pace from the usual syrup! It’ll be delightful, I promise.

I made this to serve with waffles for dinner-- delicious! Thanks for sharing. I had no idea how to made it homemade before this post. I have always used Cool Whip and canned whipped cream. I'll be making this again.

Love real whipped cream. I should make it more often... I never saw cream at Aldi though, and I guess I must not have looked very hard!

I didn't know how to whip cream until I got married and my husband wanted it. My mom always used Cool Whip. There is no comparison as to the taste.

Anyway, we use vanilla sugar here in Poland. I think that the real vanilla (with alcohol) actually has a dampening effect on the whipping but it will work. I read that it does-- but usually the amount is miniscule, that it probably doesn't matter.

Besides making sure that the beater and bowl are cold, also make sure the cream itself is very cold. It needs to be at least 30% fat. Here we can buy cream that is 30% or 36%. Trying to beat up anything less than that won't get you whipped cream (we can also buy 12 and 18% fat cream--half and half, etc. I had to learn all this from my Joy of Cooking). Also, if you don't have it fresh (or UHT), it won't whip.

We do add a bit of sugar and a pinch of salt. If you need the cream to last til the next day, the pinch of salt will help it hold up that long. My husband has a fruit salad recipe from his mom that calls for whipped cream. By the next day (36 hours later) it is more or less pretty bad looking and the cream has pretty much broken down into a soupy runny white liquid.

Mmm, nothing like some good, homemade whipped cream! I didn't used to like whip cream...turns out I only like it homemade ;) My grandmother taught me to whip cream, and I know it's silly, but it's such a special thing for me, I always remember our times together whenever I make whipped cream (she's still alive, but lives 3,000 miles away).

Don't forget cocoa whipped cream. Add another tablespoon of sugar and one to one and a half tablespoons of cocoa. My mother uses is to fill and frost an angel food cake and sprinkles toasted flaked almonds on top. Quite honestly, I can't imagine why anyone would use Cool Whip. And I thought the stuff that squirts out of a can is for ten year olds, isn't it?