If you read my Target Cartwheel post, you know that I am now the proud owner of my very first smartphone. 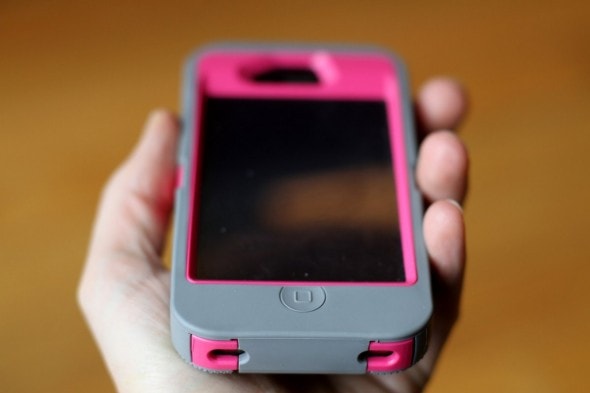 On Wednesday, I’ll share the specifics of the phone plan we’re using (it’s costing us $21/month so far, and that covers two smart phones!), but before we get into that, I thought I should explain why I caved.

Especially since I have staunchly (and publicly) refused to get a smart phone for so many years. 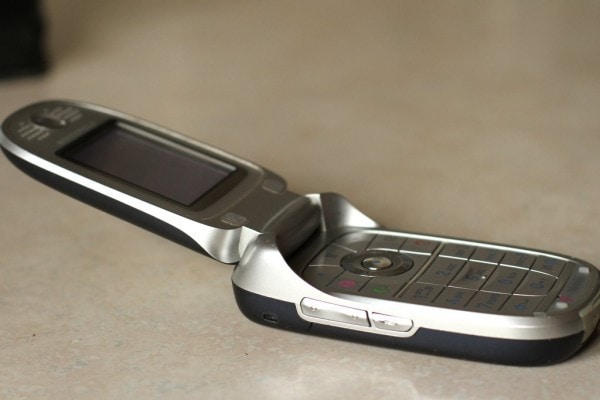 Let me back up a bit.

Mr. FG has kind of been wanting a smart phone for a while now. He had a slightly enhanced phone that had a sliding keyboard and web capability, but no touch screen, and it was costing about $25/month.   The service had unlimited data, but the service was so terrible, we never wanted to use it.

(This, we think, was the key to them being able to offer unlimited data.   Make it unreasonably crappy and no one will use it.   Brilliant!)

Anyway, in digging around on the internet, he found out about some surprisingly inexpensive smart phone service plans that had no contracts.

Without a contract, you have to pay outright for your smartphone.

However, we decided that that was totally worth it in order to avoid a monthly contract. Better to spend upfront and avoid the never-ending monthly charges.

So, we poked around Amazon and found a refurbished iPhone 4S, and since I hadn’t spent any of my  Swagbucks in quite some time, I had quite a few saved up, and the phone ended up only costing us $60 out of pocket.

So, we paid $60 upfront, but we are now saving about $15/month on his cell phone bill, which means we’ll be money ahead in just four months.   And he has a real smartphone now.

Well, back in November, I participated in an Aldi Instagram contest, which required me to sign up for Instagram, obviously.   We had no smartphone at the time, so Joshua and I filmed our instavideos using Mr. FG’s ipod.

Even though I signed up just for the contest, once I got started on Instagram, I kind of fell in love.   It’s like Twitter, except with pictures.

What could be better??? 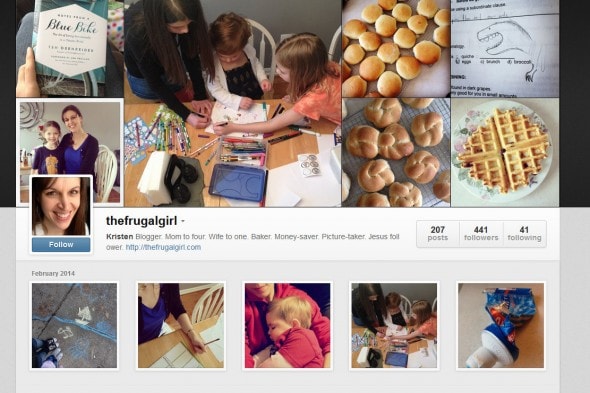 The ipod camera is all kinds of terrible, though, and once Mr. FG’s iPhone arrived and I tried the camera, I suddenly really, really wanted one.

Seriously, there is just no comparison.

I’d used up all my Swagbucks at this point, but I decided that I wanted this badly enough to just go right out and spend some of my blogging money to buy it.   😉 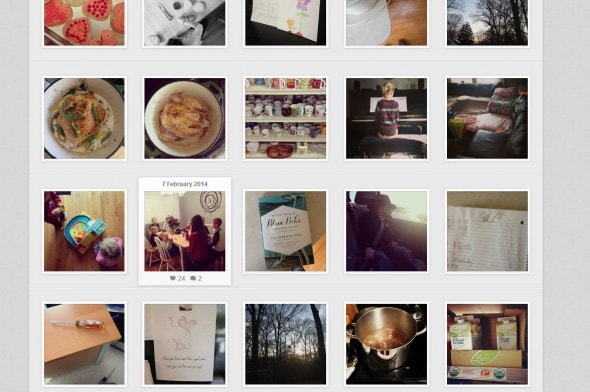 Which, ok, is a fair amount of money for a phone.   But now that I’ve paid for the phone, the only continuing cost for me is a $10.50/month bill.

Also, I now have nice Instagram photos, so, you know.

(I may be one of the few people on the planet who bought a smart phone mostly to get the camera.)

That’s not the only reason, though.

I’ve also come to realize that like it or not, a lot of people are moving to texting over email, and I wanted the ability to stay in touch with people via text.   It’s not a substitute for face-to-face time, of course, but I do think that texting is a good thing to have in my relationship toolbox.

And if I need to use web while I’m out, I now have the option to do that.

The best part is, the plan we have keeps me from being totally addicted to my phone, (you may remember that was my biggest fear!), and I’ll tell you all about that on Wednesday.

Looks like I have more willpower than you, FG.

One of my friends used to have a smartphone, but got rid of it and now gets by without any cell phone at all.

Another ditched his smartphone last year for a plain cell phone and plans to eventually ditch that as well.

We are in the same boat with older phones wanting to go smart. Thanks so much for the tips!!! Hopefully soon we will have some too!

I finally got a smartphone this past fall and Instagram and the camera were a big reason for that. Like you, text messaging was another reason ... especially group texts. The other part that led me to get a phone was that I dropped my iPod on our cement patio and cracked the screen.

I got mine for the digital camera, mp3 player and graphing calculator. I needed all three at once a few years back and it was way cheaper to just get a smart phone. For a long time we didn't even have it on a plan but then I found Straight Talk's Bring Your Own Phone plan which is only $45 a month for unlimited everything.

I'm weirdly proud that you crossed over to the "dark side." I've had my iPhone for 3 years and I can't imagine not having it.