1. I cut up some old shirts to make rags 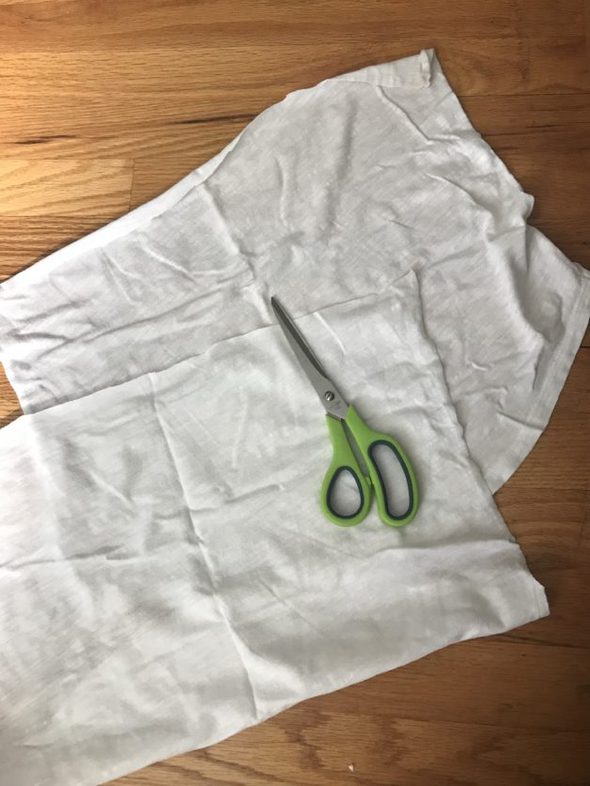 After I moved here, I realized, ohhhh, I don’t have my stash of old t-shirt rags.

But when I unpacked and organized my clothes, I realized I had several shirts that were really beyond wearing. 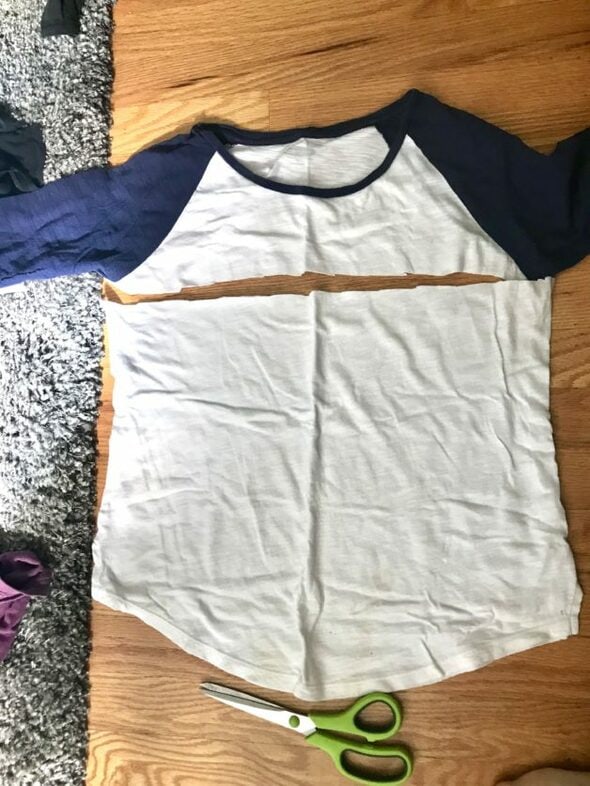 I loved this shirt, but it did that weird thing where it got shorter and wider the more I washed it, so it hung oddly on me after a few years.

I cut the worn shirts up and now I have a nice collection of cleaning rags. 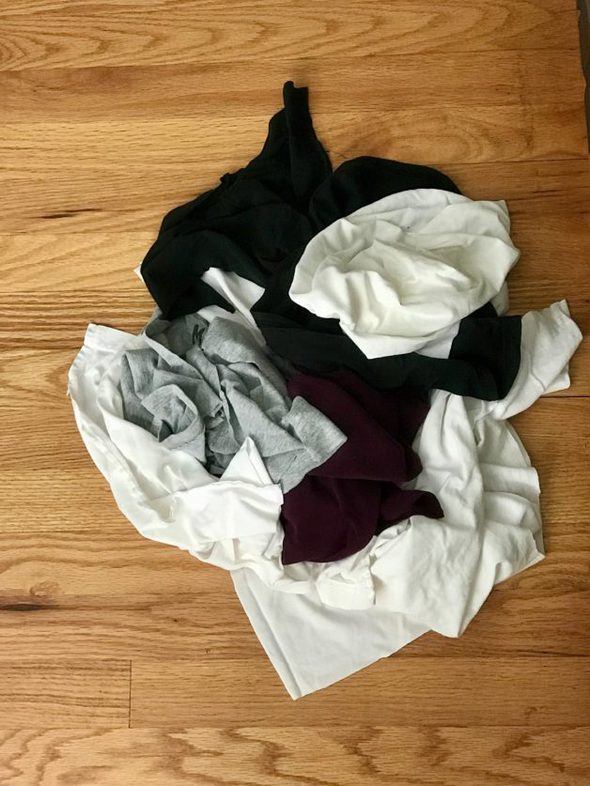 Incidentally, old-timers might remember this black shirt that I got for $2.99 at Goodwill back in 2010 (It came with an arm-hole that I fixed!). 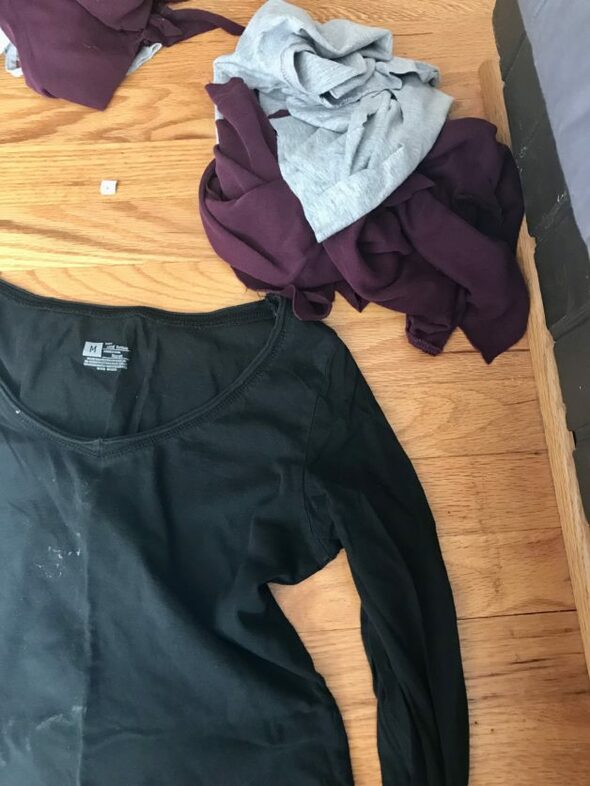 That was 12 years ago, so I don’t feel bad about cutting it up for rags…the fabric is literally coming apart at the seams at this point. I think it’s given me $2.99 worth of wear by now. 😉

2. I used a Verizon box to store my rags 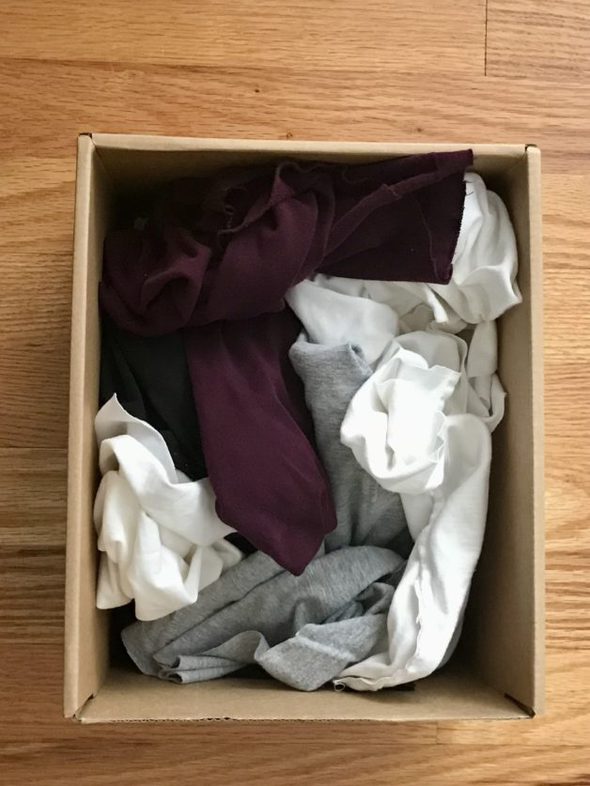 When I got my router at this house, I noticed it came in rather a nice cardboard box. So I set it aside, not knowing what I would use it for.

But when I cut my rags up, I remembered about the box, and it’s perfect! 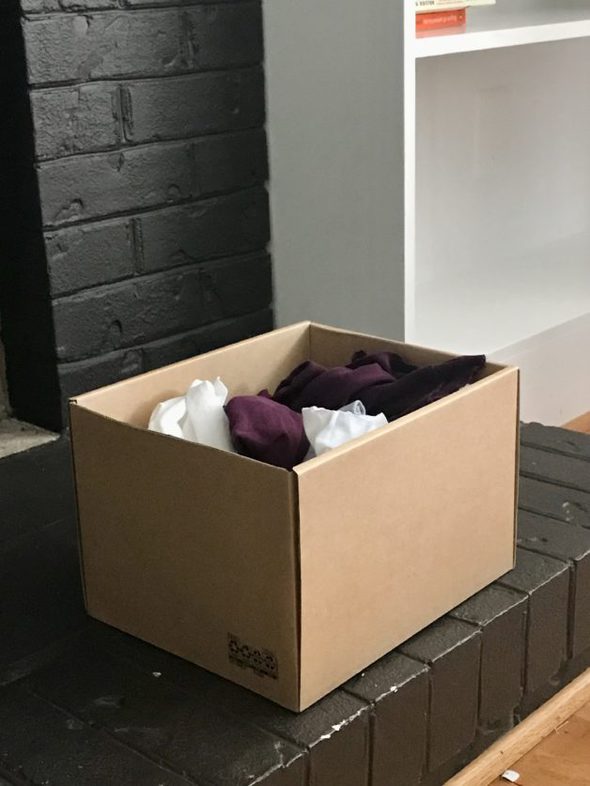 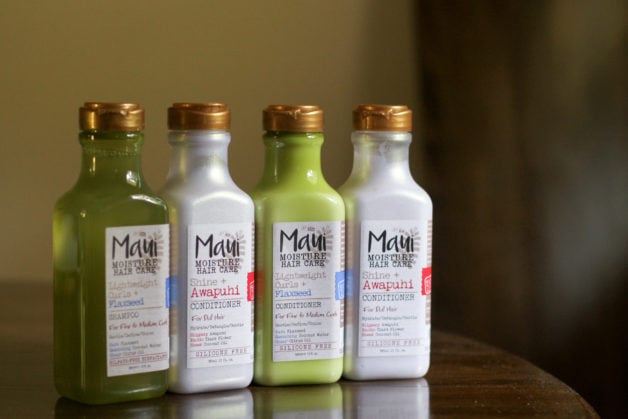 You know how I have that CVS Carepass thing, where I pay $4/month and get a $10 credit?

Well, my May one was about to expire, plus I had some Extra Care Bucks in my app, so I popped in to see if I could scare up a deal. 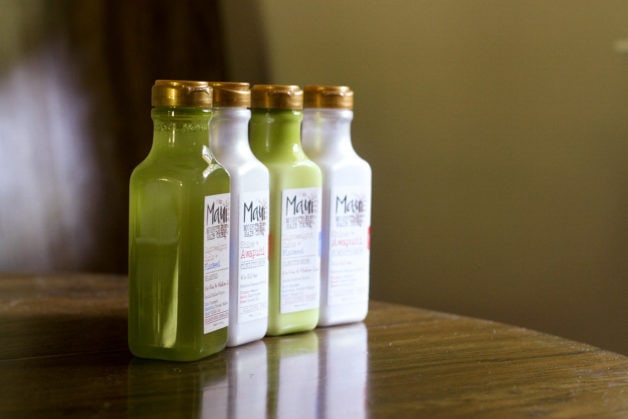 Anyway, between all the discounts and deals, I spent $11.50.

Now, Maui Moisture only costs $7/bottle at Target, so my savings are not QUITE as impressive as it might seem at first glance.

4. I sold a little coffee grinder

I had found a small Hario coffee grinder at Goodwill for just a few dollars, so I bought it and listed it on eBay. It sat for quite a few months, but it sold this week finally!

So, I packaged it up and shipped it out. 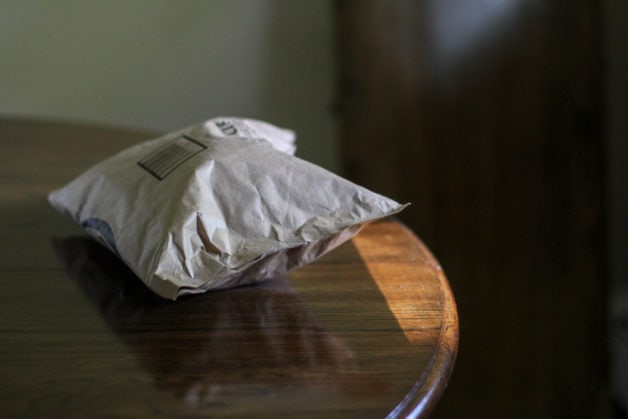 5. I made a sandwich with free bread

I volunteered at the food pantry last weekend, and this month, they got twice the number of day-old bread donations as usual.

This was too much to give away, and they did not have room to freeze it all until next month, so I took a few packages home with me.

I used part of a small loaf of pumpernickel to make a sandwich for myself. 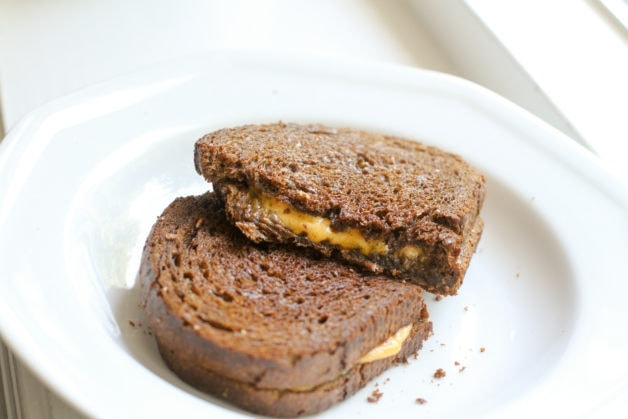 And then I froze the rest of the loaf in a way that will make it easy to just grab two slices out for a future sandwich.

1. Used my dental sinking fund for my cleaning. It never gets old to have the cash ready to pay for things! 2. When I picked up an RX at Sam's, they told me my husband's insurance pays for four "free" rapid tests. Yay! Nice to have on hand. 3. My assignment for a work luncheon was brownies and plates/napkins. Had the brownie mix on hand (also love Kristen's "Not from a box" brownies) and the ONLY plates they had at WM were LOL doll plates for a kids' party!! Oh, well!! 4. "free lunch"- see above 5. Hmmmm. Packed all my other breakfasts and lunches, trying hard to stay within my new (larger) grocery budget, and eating from the pantry as much as possible.

1. I made all of our meals at home. 2. I used some gift cards to get fancy coffee. As many of you know, finals week = coffee. 3. I mended more pants and a pillow. 4. I used my library card to get books and dvds. The library also gifted us a GIANT "Baby Yoda" from their paper folding display. It's about 2 feet tall. (We know the person who put it together.) 5. I grabbed leftover parade candy from my children to use as prizes for my students. My children can't eat everything they grabbed because of sheer quantity and food allergies.

I’m glad I’m not the only one who gets excited about a “good box”! LOL

I don't know...my kids are pretty young and they love them a good box...

I think this is how we know we are not young and cool. ;)

I love reading everyone's FFT's. So inspiring! My FFT's are:

1) I had a coupon for a free body item at Bath & Body Works so I got a Pineapple Sunrise lotion and it's heavenly. Savings- $15.50 2) I needed better drainage for my potted outdoor plants and found someone giving away a new wooden pallet. I put it on my porch and voila', it is perfect. Savings- $25 3) I needed pants for work and shopped on ebay. Nice ones for less than half the retail price. Savings- $70 4) I got organic strawberries on a great sale at the market and have been dehydrating them. I dry them until they are like a potato chip for longer storage. Savings- $48 5) My hubbie helped trim my hair. Savings- $25

2. DH and I put our tax refund into our savings.

3. Foraging spring edibles! Nettles will go into a delicious nettle soup (with potatoes and cream, so good), and I’ve just learned about garlic mustard. It’s easy to identify, tastes like garlic (the leaves even smell like garlic when you rub them), and moreover it is an invasive plant that crowds out native plants. So by picking it I am not only getting free food and trying new things, but I am helping keep our backyard from becoming overgrown by an invasive plant. Win-win!

4. My in-laws are here helping with house stuff, some of which is cosmetic but makes me feel a million times better, and some of which really improves our quality of life. Grateful for a FIL with lots of tools and expertise!

6. DH picked a push mower off the curb, and the previous owner said it didn’t start. DH was able to get it running with a new air filter and a few other small fixes, yay!

7. I harvested rhubarb from our giant rhubarb patch and froze it. I will be able to harvest much more soon and am excited to figure out how to use it. Of course the internet is full of recipes, but if anyone has favorite recipes that are above and beyond… and you are willing to share…?

@Gunn from Northern Norway, thank you! I actually speak Norwegian so I can translate the recipe, and it looks very different from the many dessert recipes here in the US. Tusen takk!

@Lindsay B, I don’t know how good Google translate are at recepies so perhaps it’s just easier to Google a recepie in English, but our favorite is making chutney. Use it for bbq meats, our version of tacos and in salads.

Btw, tried to add the link for the recepie I use but the comment just stand as pending.

Other use, I enjoy to use it instead of carrots in my carrotcake recepie. Lovely tart flavour.

Sorry for the spelling mistakes, I don’t have time to check with Google translate :)

@Lindsay B, I don’t know how good Google translate are at recepies but this is our favorite: https://trinesmatblogg.no/recipe/rabarbrachutney/

Other use, I enjoy to use it instead of carrots in my carrotcake recepie. Lovely tart flavour.

Sorry for the spelling mistakes, I don’t have time to check with Google translate :)