I haven’t been to Goodwill in such a long time, but Zoe and her friend wanted to go thrifting, and neither of them can drive yet. So, that meant I went thrifting too! 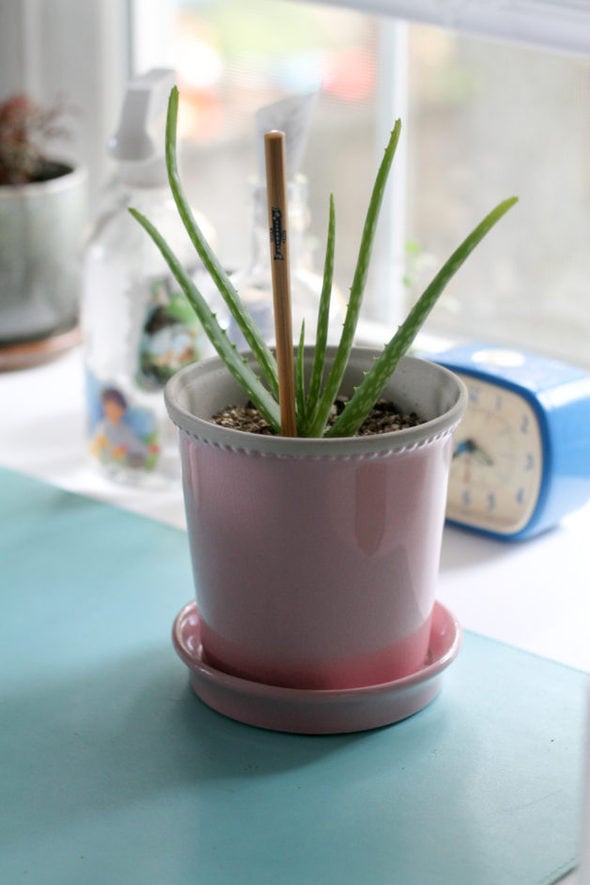 Thus, most of my Five Frugal Things this week will be Goodwill-related.

1. I found some lidless Pyrex containers

Two of mine have gotten chipped recently, and I found those exact two! I paid $4 for the large one (7-cup size) and $2 for the medium (4-cup size). I also found two of the small ones for $0.75 apiece. 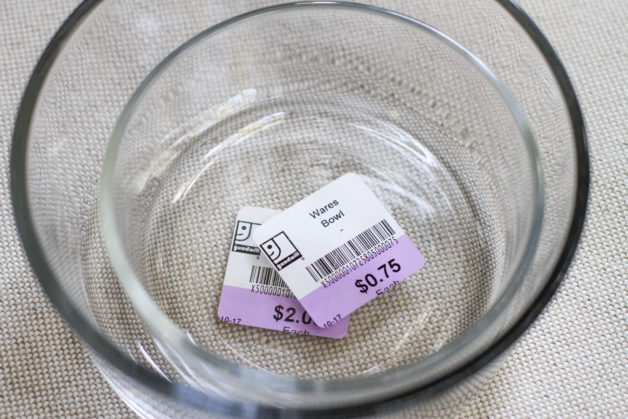 I needed to order some replacement lids anyway for my Pyrex, so I wasn’t bothered that they were lidless.

2. I ordered some silicone Pyrex lids

I was extremely pleased to see that Sophico now makes silicone lids for the 4-cup size! I adore the silicone lids I got for my 2-cup containers, so I am thrilled to be able to get them in another size now too.

I bought my first set of Sophico lids in July 0f 2020, and now that I’ve been using them for over a year, I can confidently say that they are worth buying.

Even though I faithfully hand-wash them, my original Pyrex lids have always eventually cracked. 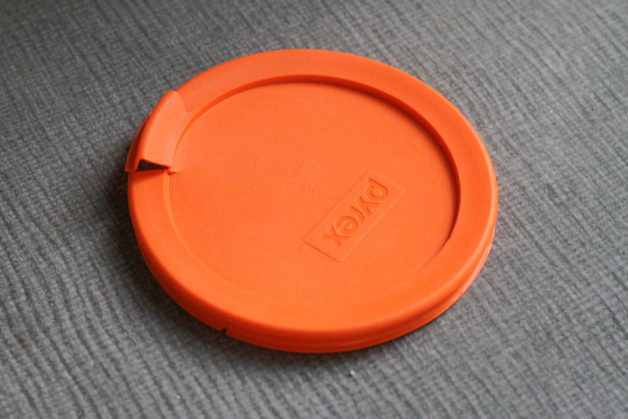 This one literally cracked yesterday.

But these silicone ones are just as soft and flexible now as they were when I bought them. 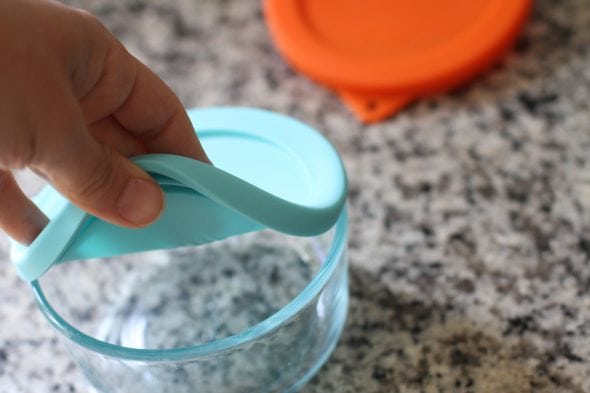 I love not having to worry about them cracking on me!

They are definitely more expensive upfront than the plastic ones, but since I don’t think I’ll ever have to replace them, they are going to be worth it in the long run.

Plus, containers from Goodwill + Sophico lids are still cheaper than new Pyrex.

Here are the 2-cup lids.

These are the 4-cup lids I just bought.

And these are the large 7 cups lids.

3. I bought a glass container to store onions

When you use part of an onion, it’s a little tricky to figure out how to store the unused portion.

I prefer not to use disposable containers or bags, but onions are so odoriferous, if you put them into a container that has any plastic, the onion will make the plastic stink semi-permanently.

I’ve tried designating a specific lid for onion storage, but that’s a little trick to keep track of. 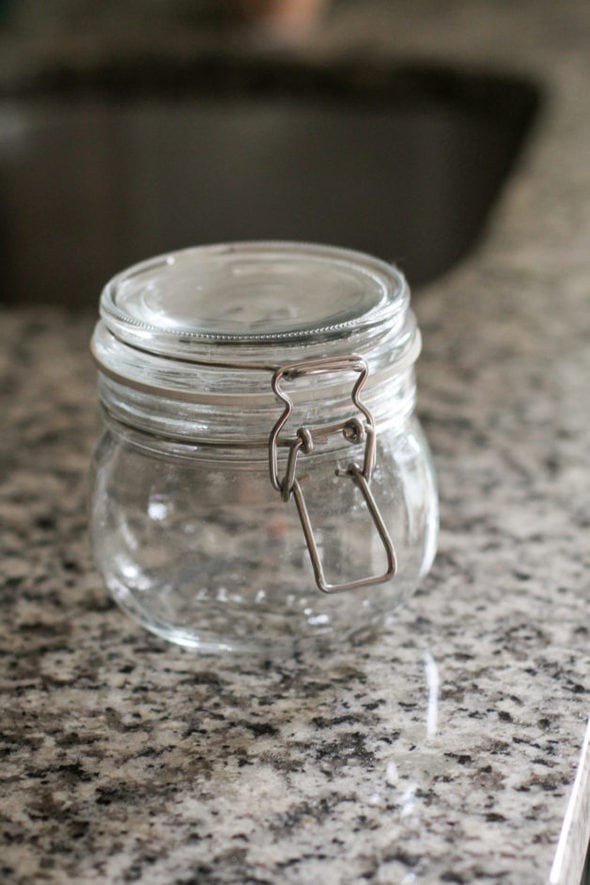 So, when I saw this glass jar at Goodwill for $1, I thought it might be worth picking up. The lid and the container are both glass, so it should be perfect to use when I need to store an onion. Plus, the shape is pretty onion-friendly!

4. I got some cheap plant pots for Sonia

Since her plant obsession began, she has discovered how expensive pots are. So, I scoped out the plant pot section while Zoe and her friend were shopping, and I found several cute ones. 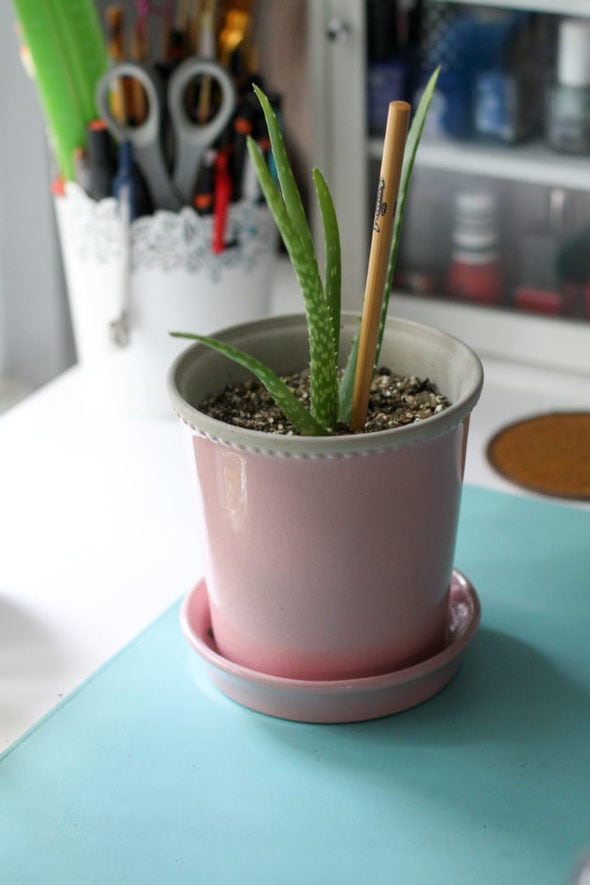 I texted photos to Sonia for approval, since she’d be paying for them, and she gave the OK for three of them. They cost $2, $3, and $4, so she got three pots for $9 total. 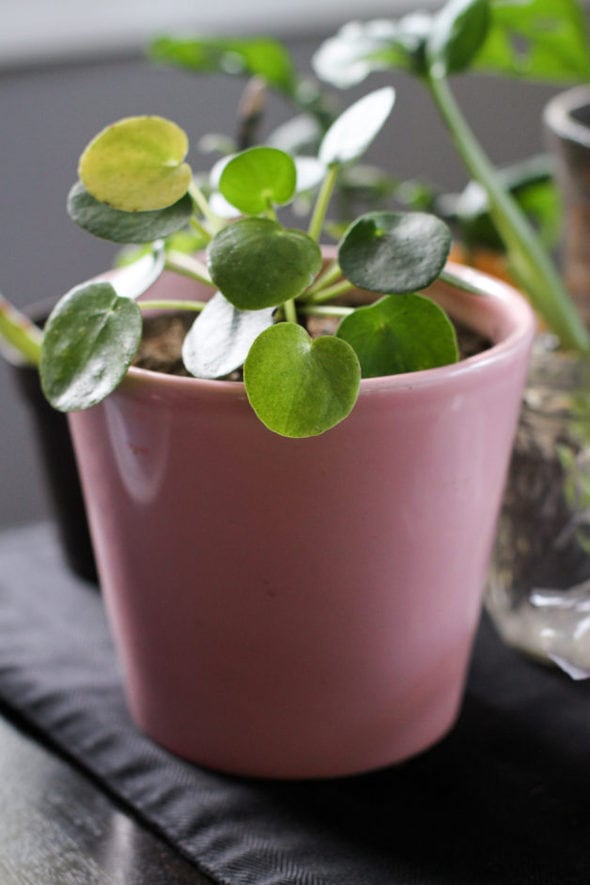 A good deal for her gardening budget. 😉 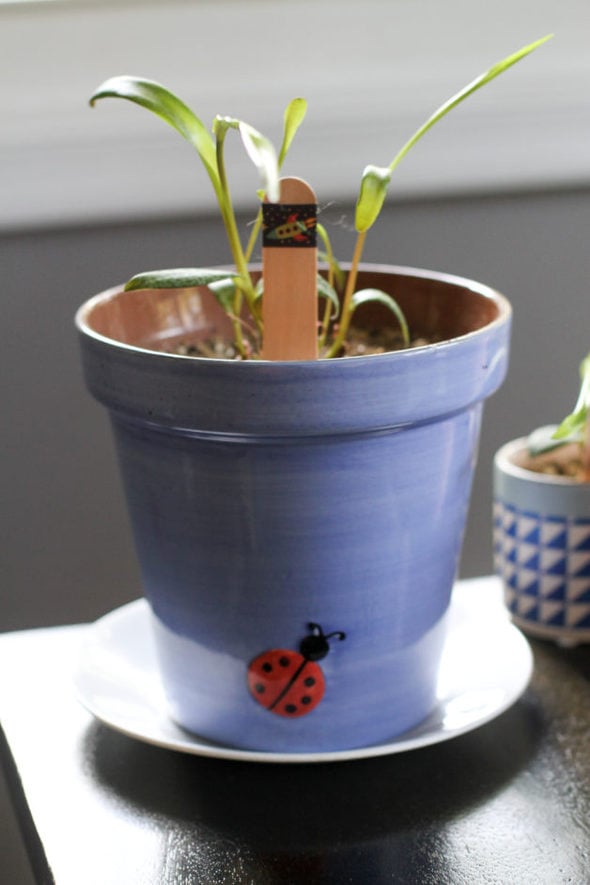 By the way, this Goodwill had several Ikea pots, but the prices were exactly what the pots cost new at Ikea. Hmm.

And this is why it’s nice to be able to look things up on your phone!

5. I bought a little coffee grinder to sell

I spied this cute little $4 grinder, looked it up on eBay, and saw that it sells for way more than $4. 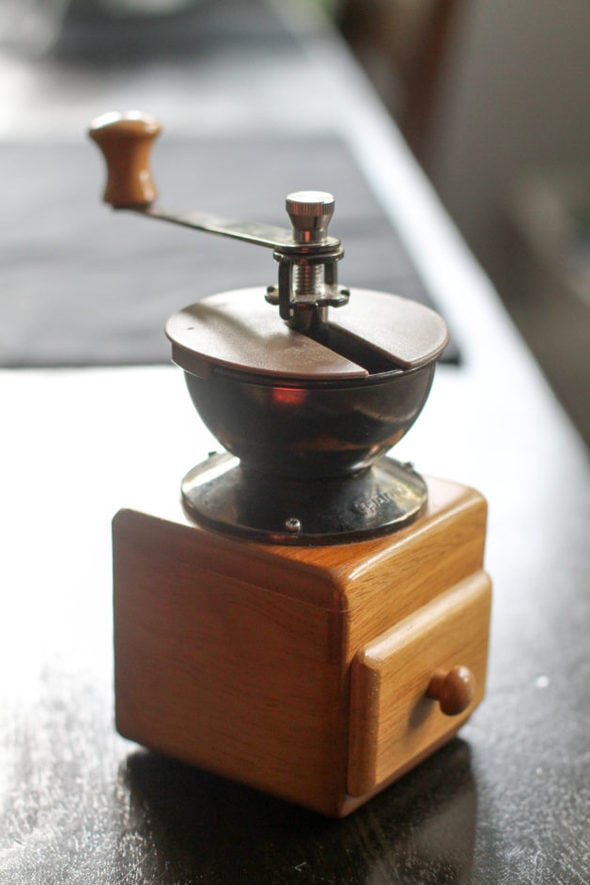 So, I will wipe it down, photograph it, and list it.  I think it will more than pay for everything else I bought at Goodwill.

And I think my friend Katy would be quite proud of me for spotting this. 🙂

What frugal things have you been up to lately? Share in the comments!

If you buy Snapware containers, they have a lifetime warranty. Just look on the website and call for new lids.

1. Used up a large container of expiring cottage cheese to make a batch of oatmeal pancakes. Delicious and filling. It is a recipe on kitchn, I added vanilla and baking powder and let it sit for a bit so the oats could hydrate. I used my immersion blender.

2. Invited grandparents over for pumpkin carving. Fun and cheap socializing.

3. Am taking two sweaters to see if my tailor can mend them.

4. Reading Loretta Chase’s back catalogue via my local library.

5. Successfully disputed a billing misunderstanding with a client and they will pay me for that in November.

5 Frugal things this week... 1. For my birthday getway to Music City our good friend who works for Marriot graced us with a Friends & Family discount for 5 day hotel stay! 2. Our hotel stay included a free full breakfast and free wi-fi. 3. Our son gifted us a Taste & See Tour of Nashville,TN. 4. Our daughter gifted us a Private Couple's Tour of Music City. 5. I stopped in at Lens Crafter to tighten my glasses and they accidently snapped them in half. I was given a gift of new glasses!

I'm inspired by your Pyrex finds -- I have been wanting to trade out 30 year old plastic containers and disintegrating Tupperware and Goodwill sounds great. Also the silicone covers.

Welp, in a not so frugal week (daughter visiting and me flying east this coming Thursday, we did eke out a couple things:

1. Used ECBucks from CVS to get 5 bottles of Super coffee to mix into instant coffee for my daily iced coffee -- for FREE (except 25 cents for deposit :) This lowers the daily price to, well, very low. I split each bottle into 3 -4 servings so with the instant coffee (6 cents per serving) and cream (approx. 15 - 20 cents per serving) we are looking at a 21 - 26 cent iced coffee. With healthy monk sweetener and low carbs. 2. Used all my Ralphs and VONs points before they expired -- got dollars taken off the total and a free Rotisserie chicken for dinner 2 nights in a row.

It's not my best week but will get back on track when I return from trip.

@priskill, I believe Tupperware has a life time warentee. Crikey, sorry for the mis spell there. I would get in touch with Tupperware or a Tupperware dealer in your area and find out. I was once able to replace a container for free.

1. Continue to track no-spend days on my phone app, and am specifically working on cultivating gratitude for what I already have. 2. Accepted a baby monitor, carrier, and sound machine from a friend. 3. Am going through all our closets and am listing items on eBay, Buy Nothing, and taking some things to Goodwill. It feels good to keep only things that are serving a purpose or sparking joy. 4. Working to use up odds and ends-- summer berries from the freezer, solid conditioner bars that don’t work for my hair as shaving soap, older hand lotion. I don’t think I’ll have time or energy for this after baby comes in February, so I'm working on it now. 5. All the regular things: wearing thrifted clothes, brewing my loose-leaf tea twice, reading books through Libby, etc.

1) I used Walgreens rewards to get $20 worth of food for free. 2) I foraged a bunch of Oyster mushrooms and froze them for later. 3) I got a free flu shot. 4) I used points to get a free night at a hotel so we didn't have to drive for 4 hours after our flight landed at midnight. 5) I signed up for a new bank account that will give a $750 bonus after 2 months.