I got a promo email about Fetch, which is an app kind of like Ibotta, where you scan your receipts and earn points.

I downloaded the app and used a code to get 2000 bonus points.

After scanning the two receipts I had on my desk, I had $3 total in rewards, which are redeemable for Amazon and a bunch of other merchants. 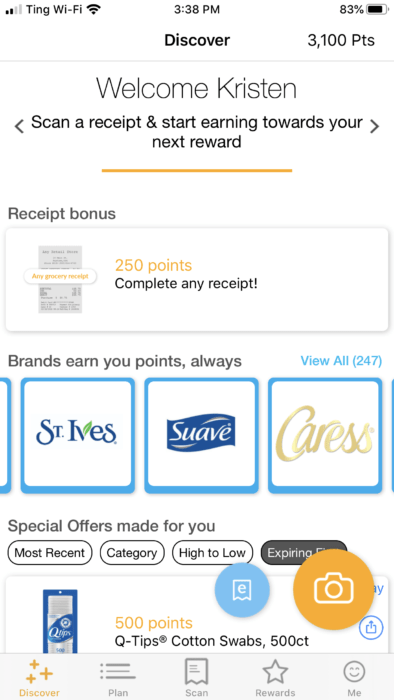 It looks like it’ll be mostly useful for name brand purchases, which I don’t do tons of due to my Aldi shopping.

But if you buy brand names, this could be worth looking into.

2. I mended a kitchen towel.

This mending-a-kitchen-towel-thing has been in my five frugal things posts about 74 million times because the manufacturer’s stitching on my towels is forever coming apart.

(And also, I do have about a million kitchen towels because I feel they are quite indispensable.) 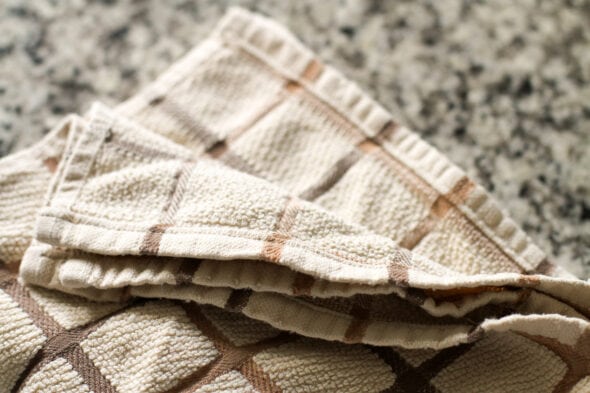 Anyway, sometimes I think manufacturers sew towels together with the same stuff doctors use for dissolving stitches.

While I had the sewing machine out, I stitched up the towel end that had come undone. 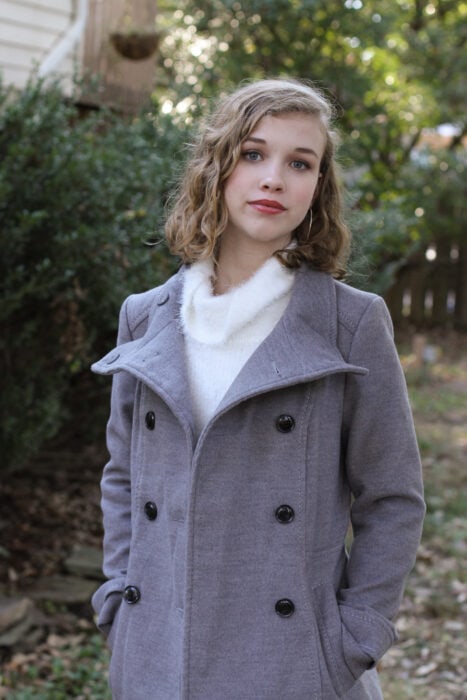 Zoe needed a few things for her fall wardrobe, so we headed to the mall. 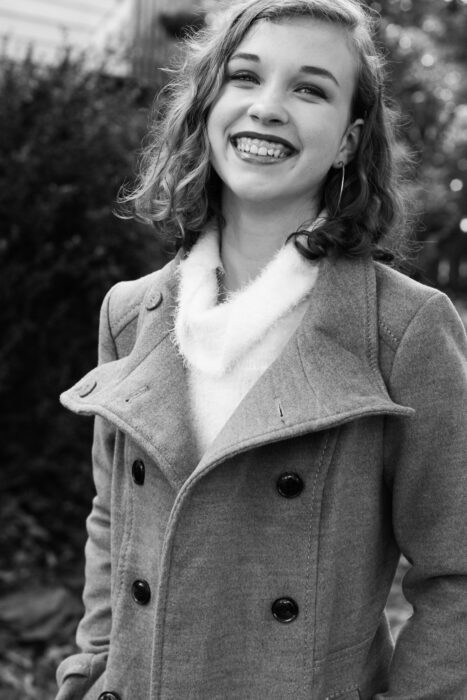 not so serious Sonia

I saw a $5 clearance rack (which is usually populated by things like tank tops!), and noticed that even some coats were on the rack. 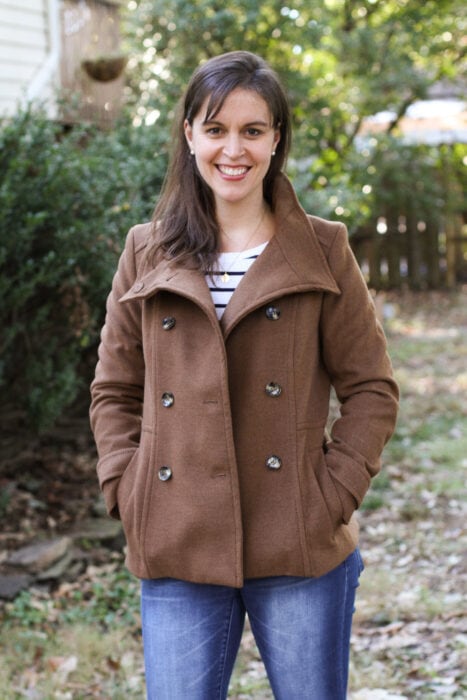 I have no idea why they were clearing out coats in October, but Sonia and I both got a coat for $5 apiece.

4. We are borrowing the Anne movies from my mom.

Sonia recommended that Mr. FG listen to the Anne of Green Gables books on his commute, and so he did.

He really liked the books, and he’d never seen the movies. So of course, Sonia and I thought that needed to be rectified. 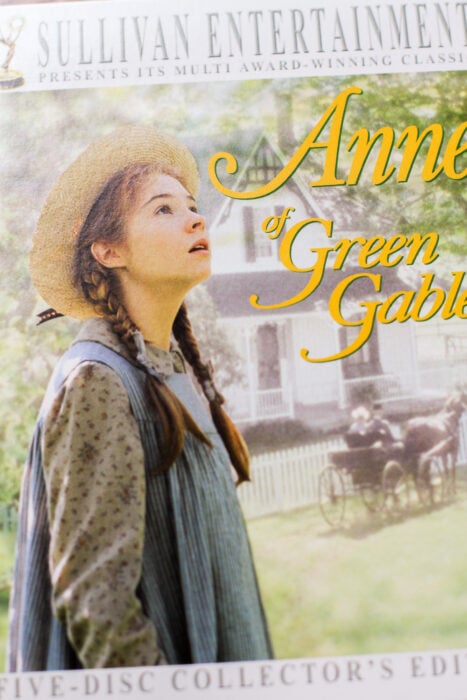 Unfortunately, it’s pretty difficult to locate the 1985 Anne movies to stream anywhere, and the one spot we found charged $7.99 apiece.

But I remembered that my mom owns the set, so we are borrowing the DVDs from her.

When we packed for camping last weekend, we discovered that one of our camp chair bags had a big hole in the side. 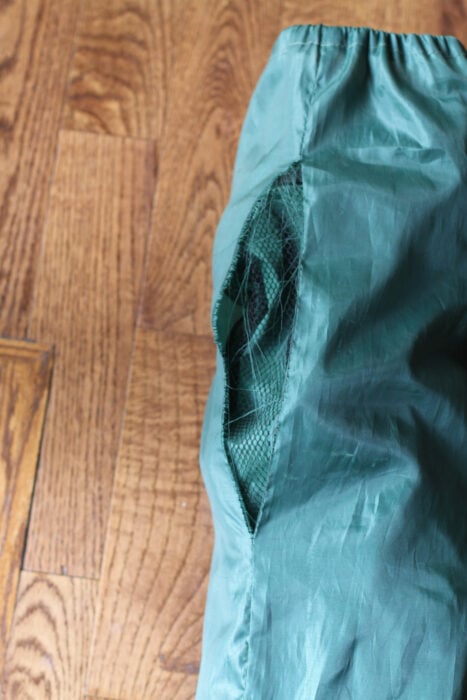 So, when we unpacked, I set it aside for mending (if I put it back in the shed, I knew I would NOT get around to mending it.) 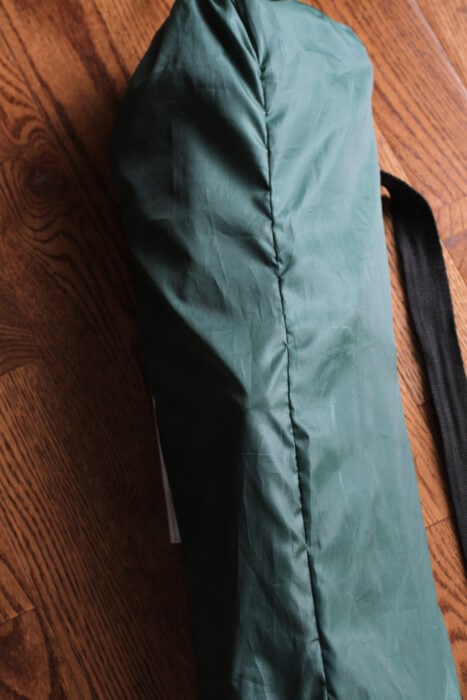 It took just a minute to sew up the side, and I reinforced a few other fraying spots while I had the machine out.

I downloaded Fetch - thanks for the promo code!

forgot to add - stop the press - I may be the last person on the planet to learn this but just discovered you can cook mixed vegies in George; did steak as well, so good, dinner in 8 min...love my George...

Love Anne of GG - I was looking at those dvds the other day; think I will watch them in nov..

LOVE the coats on you both; congrats on a great frugal win

1. I haven't been ultra frugal focussed but really making more of my time lately, started learning sign language which I've often thought to do & a community class flyer landed in my letterbox so I took the plunge & price is reasonable; teacher great 2. started being more disciplined going to bed earlier-getting more done & oddly less hungry so eating less - more frugal? 3. stopped chasing rewards points; trying to buy only what I need or really do want 4. Had a WONDERFUL day off having tea & breaks in the garden daydreaming about getting it under control, enjoying some sunshine & spring cleaning - so lovely to have the front & back doors open & sun & fresh air coming in 5. remembered to check my oil & top up!!

I just put the Anne movies on hold at the library. My 9 yo enjoyed the first book and I think the movies are something they my 11 yo and 7 yo will enjoy as well!

1). I started using a Fitness Blender workout program that I had already purchased, rather than buying the new one I really wanted. I am trying to hold on purchasing new programs until their Cyber Monday sale.

2). I wanted to do something fun and special with my kids while my husband was out of town last weekend. We had a backyard dinner - hot dogs and s’mores over the fire plus veggies. They absolutely loved it! It was more fun and less stressful than taking them out to dinner!

3). Today I am planning on roasting the pumpkin seeds for the pumpkins we carved last night.

4). I went through our Halloween tub and found enough leftover prizes from years past for my daughter’s Halloween party at school. This will be the 4th year I’ve used the Halloween themed bingo set I bought at Target for a class party.

5). I’ve also been reading books from the library, eating leftovers, combining errands, trying just to stay home, and bought gas at Costco when I was nearby.

2. Since I'm now employed at a library, I no longer get late fines. Making money & saving money:)

3. A friend is gifting me some curriculum. Yay free school stuff!

4. I've been trying to get us out of the cereal for breakfast rut. I've been cooking/prepping more to change our routine.

5. We'll be choosing costumes this year from what we already own.