Clearly, I never have that problem. 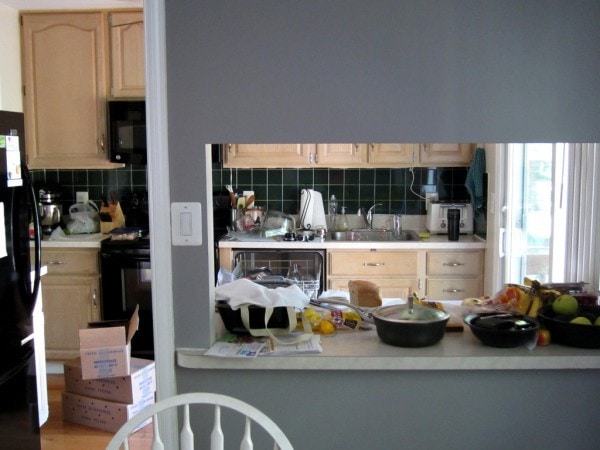 When it gets like this, I usually just tell myself to start somewhere, to clear one section of counter space.

And, one section at a time, it really does improve. It’s not show-room clean, but in-good-shape-to-cook clean. 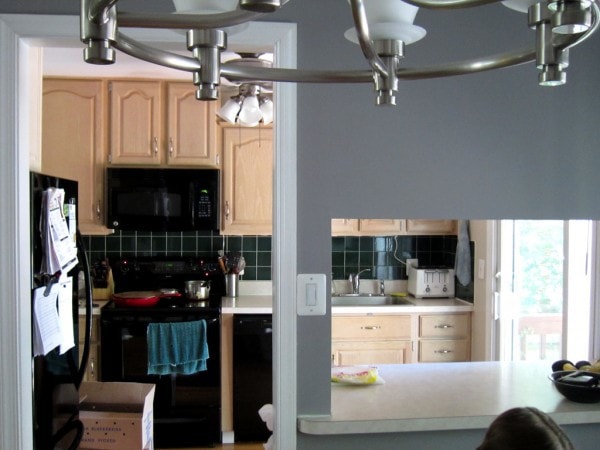 I feel so much better cooking in a space that’s clean…when I have no clear counter space left, cooking stresses me out something fierce. I just hate having no place to set things down!

Of course, shortly after I took the second picture, I got my kitchen messy again and cleaned it up again.

I don’t like the messy part of that ebb and flow, but on the other hand, I wouldn’t really want a house that never got messy because of what that would mean.

No toys on the floor would mean no children were there playing with them.

A consistently sparkling kitchen would probably mean that few meals were cooked there.

A perfectly neat bookshelf is pretty much only possible if no one reads the books.

A neatly folded blanket can’t be used to make a tent.

A piano without fingerprints and sheet music would be a silent one.

A tidy, shelved bag of towels and suits belongs to a family that hasn’t gone swimming.

Living is messy, isn’t it?

Can you tell me the color gray that is in the room shown here? It's beautiful!

I should remind myself of this every single day... Thank you a lot for posting this, Kristen. I love this post.

This post really resonates with me. I'm keeping it unread so I'll see it a few more times. Thanks for the reminder that messy means you're living! Now just gotta on the cleaning part of the cycle ;)

My house sure lookes "lived in"! lol . But when I get up in the morning, I like to have clean counters to start out........well at least the toaster and kettle counter!