This morning, I was browsing through my Twitter feed and I saw that Mr. Money Mustache had tweeted out a link to a Washington Post article about the middle class squeeze that’s happening.

This sort of thing always piques my curiosity, so I clicked over, read the article, and was left completely non-plussed.

The article profiles a family from Culpeper, VA, with three teenage daughters and a $90,000 annual income between the two parents. This family believes that their income would need to increase by 67% before they would be comfortable. 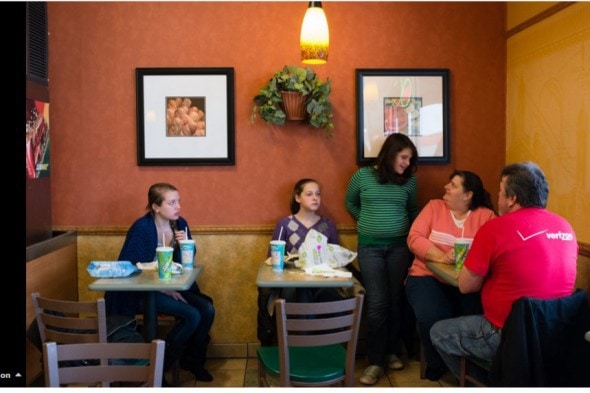 I almost sort of can’t believe this is for real.

The family has a $700/month mortgage (which sounds positively heavenly), and no child-care bills, yet they don’t have enough money to pay for a shingle repair and are behind on their electric bill.

I don’t know every detail of this family’s budget, but if you can’t make it on $90,000 a year (especially with such low housing/childcare expenses), you’ve probably got a spending problem, not an income problem.

â€œOn the one hand, $90,000 sounds like a lot to most middle-class Americans, because most Americans donâ€™t earn that,â€ said Joseph Cohen, a sociologist at Queens College in New York City. â€œBut the fact is, the median-income American does not do well in a lot of respects. One $5,000 home repair can wipe out their surplus for a year. A medical event, an auto repair or a temporary job loss can exert a large shock.” 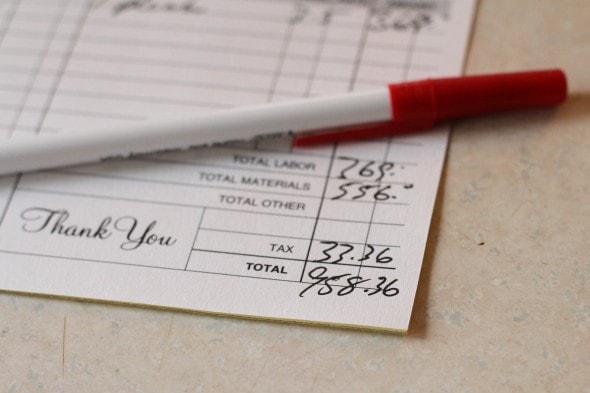 If you expect to weather a $5,000 home repair bill on your regular monthly salary, you’re going to be in trouble. This is why it’s so, so important not to spend your whole paycheck every month.   You know things are going to break and need repairing, so you have to do whatever needs to be done to get your spending below your monthly paycheck.

It’s not that I have no grace for situations where you truly cannot spend less than you earn.   But this is not the case here:

While they struggle to meet basic expenses, the Johnsonsâ€™ home is filled with the electronics that have become a standard part of middle-class life in the 21st century. For $90 a month, a satellite dish provides basic television service for their three flat-screen sets and for the WiFi connections Scott needs when he works from home. They have one laptop and three iPads, and each girl has a computer in her bedroom. The bill for four cellphones runs about $300 a month. 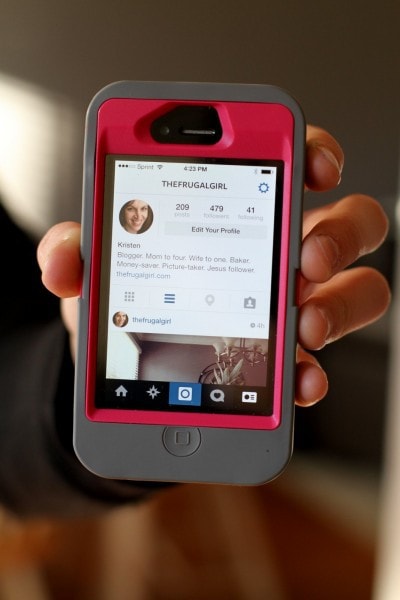 But if you can’t pay your electric bill, then maybe you should take a good, hard look at the $300 that’s going toward cell phones every month.   I am completely positive that the family could shave that way down by switching to something like Ting or Republic Wireless.

It would mean giving up unlimited data and such, but paying your electric bill is way more important than unlimited data, you know?

This article is a prime example of how we’ve turned items that were once luxuries into necessities.   Meals out, school picture packages, pedicures, iPhones, and four year colleges are not necessary for survival.

(A daughter from the family said she’s scared that she won’t have enough money to go to college and may have to attend a community college. Which just doesn’t seem like the end of the world to me.)

It is true that some costs of living in America have skyrocketed (health care, anyone??), but if I were going to write an article on the squeeze the middle class is facing, I don’t think I’d pick this family.

I promise I’m not trying to be all Judgy McJudgy Pants.   While I do strongly disagree with some of their choices, I feel sad about the stressful way this family is living, and I’m concerned that things will never improve for them if they continue to look at this as an income problem rather than a spending problem.

There’s so much potential for them to live better at this income level!

Why am I writing about this article?

Because I want to encourage you not to buy into this ridiculous way of thinking.

It is indeed possible to live well on far less than $90,000 and what you make isn’t nearly as important as what you do with what you make.

I know this firsthand.

Mr. FG and I lived on $35-$40K for quite a few years (with multiple kids, in an area that is 12% more expensive than Culpeper, according to this calculator), and we lived so much better than the family in this article.

We had no debt, we saved some of our income every month, we went on vacation every year, we were able to weather home repair issues, we had reliable cars, we gave 10% of our income away, we had nice clothes to wear, and we were never behind on any of our bills.

So, if you’re in a place where your income is a little on the low side, don’t feel defeated.   You are not doomed to financial misery, and you can live well even if you never get $90,000 a year.

What are your thoughts on the article? I’d love to hear what you think!

I would like to try to live on 90K... fam of five never made more then 35K but have lived well enough thank you!

I guess my wife and I are going to be the one of the only people to disagree. We make 90,000 dollars a year with no kids and 690 dollar mortgage and we struggle and do not save a penny!! Between car payments utilities, insurance,cell bill, FOOD, student loans and all the things that go wrong throughout the year we have no money left over. We buy what we need when we need it. We also take a couple vacations a year. Nothing over the top living and 90,000 is not great!!

??? really what are your car payments??? I own six out right an have no payment. Plus if i want to drive them they have to have no problems with the check engine light coming on that is a automatic fail in my state.

Completely agree with this post. No matter who you are or what you believe, $90k is A LOT of money. Putting you in the top 1% of the world and probably top 10% of the U.S. I can't say for sure, but this sounds like priorities are our of whack or we are not given the whole picture from this article.

Sorry, folks, I have to agree with Kari here. This year I should bring in about $92K, and our mortgage / insurance / tax picture is under the recommended 28% gross income. We RARELY eat out - pizza is a luxury - and we don't buy stuff for the house. We have 2 teenage children, shop at thrift stores, use T-Mobile for cell phones ($164/mo.) and can't afford to tithe 10%, much less save money. (We volunteer at church to make up for our financial shortfall). We struggle to put $300/mo. away for retirement. We grocery shop at ALDI on $150/wk. Our cars are old and need frequent repairs. We struggle to pay for our children's braces and other routine medical bills (thankfully we are all relatively healthy). We cut cable TV a long time ago. Our ACA insurance doesn't cover much. Our vacation is a week at the beach, sharing a house with relatives, on a strict budget (no eating out). We heat with wood and turn the thermostat WAY DOWN. I repeat - we are NOT spenders because both my wife and I grew up without much at all. Feeling this pinched on nearly six figures is seemingly absurd, yet it's the reality for some of us. Bad spending habits? We have none. But in Bucks County, PA, an upper five figure salary just doesn't put us within reach of a comfortable lifestyle. Don't judge what you don't know.

As I see, medical costs are what is creating the problem here. We don't have medical costs in the country where I live. So much easier to budget. I don't know how you live knowing that you savings could be wiped out if you get sick.

All humans, beginning the first moment they begin to create value, should save every dollar beyond subsistence to pay for the last 10 years of their existence by paying into a medical fund. If you pay for things like entertainment you should forfeit the right to expect others to pay for your welfare. I am not saying people won't help you, just that government can't make them help you.