This one deserves a hat tip to multiple people who told me to try this, so I’m really just passing it along.

I’m not a Facebook fangirl, but I have to say, I’m pretty impressed with my experiences selling things on the marketplace there.

Among other things, I’ve sold Joshua’s loft bed, a number of Sonia and Zoe’s Calico Critter toys (the money went to them, of course!), and several things that Lisey no longer wanted. 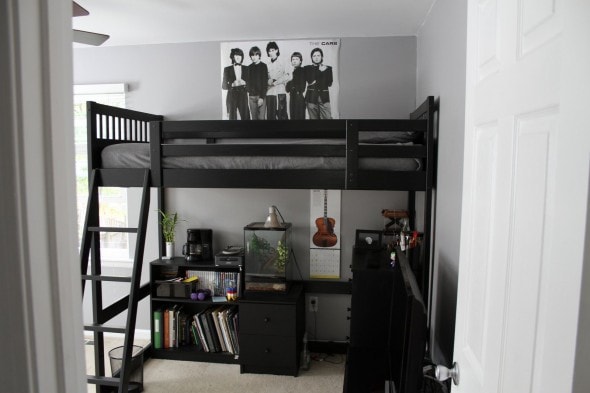 Hmm. I guess I’m just selling my children’s stuff on Facebook for them!

Of course, there’s still the annoying back and forth conversations with people who flake, but you get that anywhere you sell things.

I also want to try selling on Nextdoor, as I think that platform would offer a fair number of the same benefits (but possibly with a smaller audience, so perhaps Facebook will still win.)

P.S. I’ve also had a lot of luck giving away items on a local Facebook group designed for that purpose. It’s a lot busier than Freecycle, which is kind of a ghost town these days.

We used Facebook Marketplace to sell our stuff when we moved from Hawaii last year mainly because it worked well in our small location (Kauai), and we heard it was more popular than Craigslist. I would put up an ad and usually the item was gone in a few hours, maybe a day or two at the longest. We also had lots of smaller things organized outside for a regular garage sale, and when people came to pick up the bigger items they would "shop" the smaller stuff as well - we often made $50 - $100 more over the sale of the big item. No one ever quibbled about the prices either, and we always had a lovely, long conversation ("talk story") with the buyers. It was the most positive selling experience we've ever had, and we ended up not having to hold a regular sale because everything got sold ahead of time - some people even came back to "shop" some more. I'm not sure how the experience would go in a different location, but it worked well back in Hawaii we met a lot of nice people and had a lot of fun (and made more money than we thought we would).

I have zero interest in FB, but this post has me rethinking my position. If there is a way to use it only for Marketplace, I might give it a try. If there's a way to do this, I'd love to learn (hint, hint).

We use Craigslist (DH) and NextDoor (me). At present, I'm staging an rntire house from scratch on a shoestring budget. Room by room, it's coming together, but perhaps Marketplace would help me accomplish my audacious goal more easily. Oh, and freecycle has really died out in my area as well.

On NextDoor, general posts go to a very limited number of neighborhoods, but if you're posting an item to sell or offer for free, you can choose the past to show up in a much wider, but still local, area. I LOVE NextDoor!

I have sold a bunch of stuff on Facebook. I agree with the benefits since it saves a lot of the shipping hassles. The downside is some of the groups are ran by people who are like tyrants and have very little flexibility. The trick is to find a group that has basic rules but does not make you jump through hoops to list.

One word of advice, try to monitor your sales so that you answe quickly so that you do not leave potential buyers waiting a long time to get an answer from you.

I've had some success selling on fb marketplace. Kid's toys sell particularly well before Christmas, and we've sold other items my son has outgrown. Baby clothes and kid's clothes, for some reason, sell pretty slowly, even when priced at 50 cents per item. I even sold a mid-century ceramic casserole dish for $19 that I bought at a thrift shop for $6.99. All the money goes into my son's college fund.