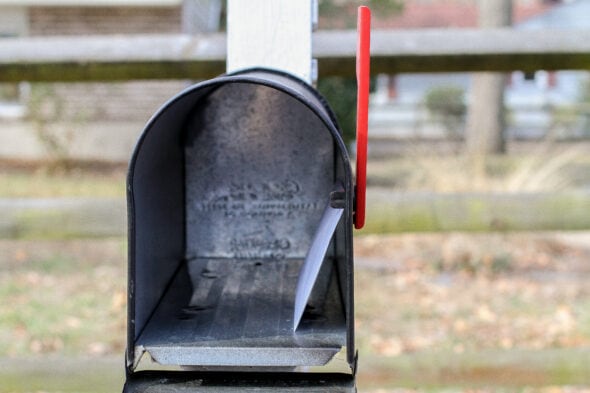 Today, I’m going to write about the method my husband I use to communicate about money. While it’s nothing complicated or innovative, it has been an incredibly useful tool for us.

I don’t think that this is the only way to talk about money…really, any method that consistently keeps both spouses informed and up-to-date will work, but this is the mode of communication that has served us best, and I’m sharing it in the hope that it might be helpful to some of you too.

For a lot of our marriage, my husband and I didn’t communicate really well about money.

We talked about it occasionally, but not on a regular basis. I handled all the bill paying, and while we both worked at keeping our spending down, my husband wasn’t regularly in the loop as far as how much money we had and where exactly all of our money was going.

This wasn’t a malicious effort on my part at all. Mostly, I think I just lacked the organization to put together a regular report.

A few years ago, after we’d bought this house and spent an awful lot of money having to fix it up (it was in fairly bad shape to being with, and then the whole heating system died shortly after we moved in), we were in pretty poor financial shape. 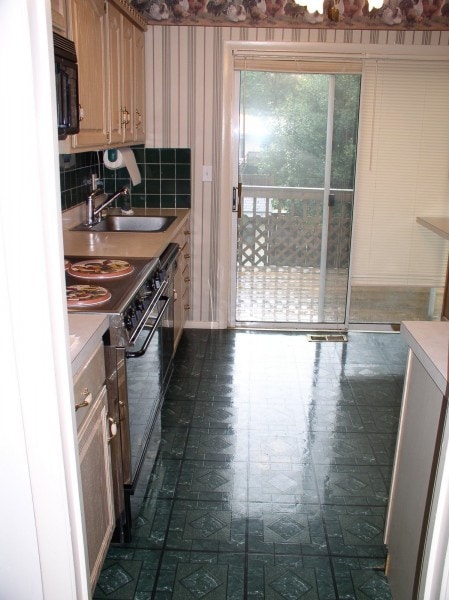 Our savings were sapped, and we’d have been in big trouble if my husband had gotten laid off.

While this was a less than delightful situation, the dire-ness of it all finally gave me the kick I needed to start communicating better about money.

When we had a bit of a cushion, it wasn’t so necessary for both of us to know every detail about our finances, but when we were down to $50 in our account, it suddenly was. 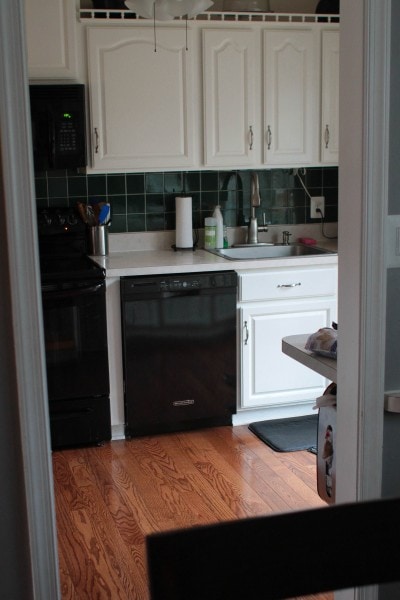 So, about three years ago I started sending money emails to my husband.

I know some people suggest chatting about money face-to-face, but I find that an email works better for us. This way I can write the information down when I happen to have time and my husband can read it when he happens to have time.

(update: I now just write up a document on the computer and leave it there for him to read at his leisure.)

When I first began, I sent him one every two weeks, since that was how often he got paid. I tallied up our income and expenses for that two-week period, and sent it his way.

At first, this was a somewhat unpleasant task, because both he and I had to face how tight things really were, but after the initial adjustment period we experienced a number of benefits. Since we both knew how little extra money we had, we worked together to reduce what bills we could. We both agreed the cable needed to go, that we need to work at cutting back our electricity use, that we should cut out our eating out altogether, and so on.

I felt an immense amount of relief now that we were sharing the burden of the financial stress, and the accountability of having to send an email every two weeks made me be much more organized about our finances.

The money emails also helped to take a lot of stress out of financial decisions.

When my husband wasn’t so informed about our finances, I mostly had to figure out if we could afford things, but once we both knew exactly where we were financially, we could easily make the decisions together (and since we both see our money situation regularly now, we almost always agree on what we should do with our money).

Even though my husband still gets paid every two weeks, I now send emails just once a month. Here’s my basic method:

2) I add up all of our bills and take those out of the spendable income. I also subtract all the money that we save each month ($50 for clothing, $130 for auto repairs. $40 for Christmas, and so on).

3) Now that we’re in better financial shape, we usually have some money left over after the bills and savings, so I always include that information near the end of the email.

5) Once my husband has had a chance to look over the email, we usually have a short chat about it all, and we decide where we should put any extra money we have.

I can’t even really put into words exactly how much better I feel now that we are communicating so regularly about money, and my husband also feels a million times better.

In addition, our financial situation has done nothing but improve. Part of this is because we’re mostly done with the expensive work on our house, but it’s also due in part to better money management, which in turn is due mostly to better communication.

If you’ve already got a great communication system in place, then you probably won’t want to bother with a money email, but if you are as bad at this as my husband I used to be (!), give the money email a try. I hope it serves you as well as it has served my husband and me.

Thank you for sharing this--great idea! May I ask which report you are using in Quicken? I also use Quicken but I am getting lost in the weeds with overthinking which report to use. I have been thinking this very thing is needed in my house as well.

Thank you for your honesty and your great ideas. It is great to know we are not the only ones. And all the lovely people that have left comments also. It is a bit of a relief, to hear it CAN be done. So I will do my $ email from now on. And try and sort through the mess and be more accountable.

I wish I could get my husband to take an interest in our financial situation. He works while I'm home with baby & I do my best to stretch the income we have but it's hard when he feels entitled to treats (which are not etravagant) but we're so finely balanced that even $10 here & there puts a strain on my paltry food budget (the only variable expense we have), nothing left for savings etc. I try to talk about it with him all the time & have shared worksheets with him but he sees it as nagging. Love your website & the tips that help me manage wit what we have - thanks!

I just looked up this post for guidance in creating a document to outline our spending/financial situation! Thanks for sharing your approach - it is still bearing fruit :)

Just wondering do you do the email for the beginning of the month as a this is how last month went? or this is how this month should look? Basically are you doing it as a preview or a review? Thanks your blog is still one of my favorites three years later!