Hey there! I have a questionâ€¦ I must admit that I have not been closely tracking your spending (I know, shocking!!) so I mightâ€™ve missed something along the way. I seem to recall that a few years back you were reporting something around a $400/month budget for food and now itâ€™s averaging a lot higher. 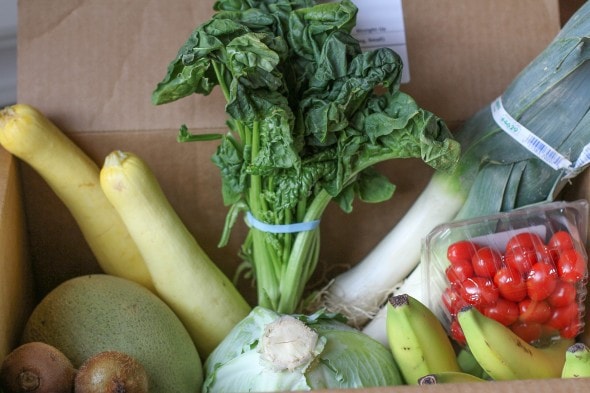 If this is true, could you explain how you decided to make this shift, if you feel good about it, if itâ€™s all because of growing kids and higher quality foods, etc.? I have had this idea in my head about my own familyâ€™s budget that if we increase our spending we must somehow be wasting money or being less efficientâ€¦ meaning itâ€™s a negative thing. But at the same time, we just tend to be spending more money overall year-over-year and I am frustrated by that at times! Any thoughts?

Yup, I was spending around $100 a week when I first started blogging in 2008.   That was what we could afford at the time, and luckily, I was able to make it work for us.

Over the years, my kids have gotten bigger and hungrier, so $100 a week would be tough now.   In that sense, a larger grocery budget hasn’t been a choice.

Also, food prices go up over time, and I obviously can’t control that either. 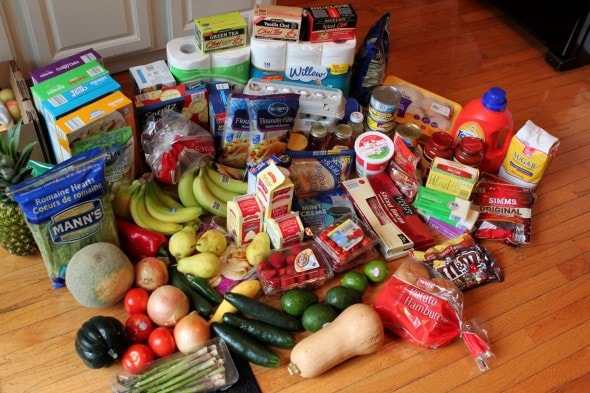 However, I’d say that when compared to 2008, I currently make some spendier grocery choices than I used to.

For instance, I buy more organic and/or local produce and meat than I used to, and that’s a mindful decision on my part. I have more money to spend now, and I’m choosing to use it to buy healthier, more ethically produced food for my family (and to support the people who produce good food).

Also, 2016 Kristen is more prone to buying slightly expensive foods such as cheese and berries and nuts then 2008 Kristen was.

(Though mercifully, Aldi makes berries and blocks of Parmesan quite affordable!   I love it.) 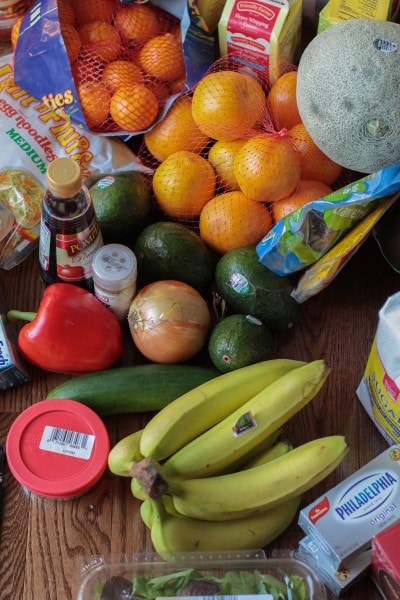 Basically, I could spend less on food than I currently do, and if we got into a tighter financial position, I would adjust and pinch my pennies a little harder.

But at the moment, we’ve got enough cash to allow for a $200/week budget, so I’m cheerfully giving myself the freedom to spend that much if I need to.

If your spending is slowly creeping up, I wouldn’t necessarily say that’s cause for worry.   Kids eat more and more as they grow, and food prices rise.   Just make sure that you’re employing smart grocery habits, and as long as you’re doing that, your spending should end up at a reasonable level.

(In case you missed it before, here are my top ten ways to save on groceries.) 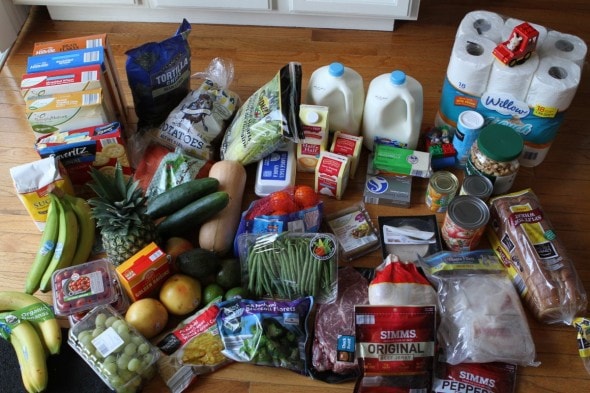 Of course, if your grocery budget is creeping up faster than your income, that IS cause for concern, and maybe you’ll need to employ stricter measures.

For instance, you could eat less meat, choose produce varieties that are cheaper (apples cost less than raspberries!), make sure you get yourself to Aldi regularly, keep a watchful eye on food waste, and so on.

Readers, how do you decide when it’s ok to raise the grocery budget?

Great insight. I work at a Kroger Marketplace in my area in the South and one thing I notice is some people don't have a plan what they are going to buy when grocery shopping. A person has to find creative ways to save money.

It also helps to put some thought into things that are most important to you. I cannot stand scented laundry detergent but I also don't like making my own. So I do spend more to get the "sensitive skin" kinds. But I don't notice any difference in dish soap brands so I buy whatever's cheapest. Give yourself permission to spend more on items/brands that are most important to your family's health/lifestyle and spend less on things that you care less about.

At one point I noticed my average weekly cost jumping up. It wasn't until I examined the prices of individual items that I realized that certain brands that I always chose had gone up dramatically, so simply switching those brands for a comparable product helped. In terms of meat and dairy, again, you may need to shift your mindset and swap. Cream cheese in my area, for example, jumped from $0.89 to $1.25/brick over night! Now I make my own yogurt cheese which is similar in texture but far cheaper. Also, are you buying produce out of season or that gets shipped from far away? Once I switched to buying produce only when its in season I saved a lot there - and it tasted far better. Even at Aldi, prices fluctuate so keeping a "price list" of my 10-20 most commonly purchased items helps me notice when an individual product's price is way out of line with what I normally pay or when a sale item in a different brand is actually a good deal for me.

For 2 years we have been empty nesters other than the occasional weekend/holiday visits from our daughters. The youngest just finished her 2nd year of college and moved home for the summer on Friday. I know I'm going to see a shift in our grocery budget which is fine. Actually, it's more than fine because I'm thrilled to have our girl home for the summer. What I think will be most challenging is adjusting the amount of food I'm going to need to prepare at every meal. When it was just the 2 of us, I could prepare a recipe/meal that would serve four and we'd get a lunch out of it too. Now that same recipe/meal will allot only a single lunch so I'm going to need to prepare meals for 6 and/or think ahead to have packable foods at the ready daily as we all three will be packing a lunch. It will probably take me the whole summer to finally get a handle on this and then she'll be moving back to campus! LOL.

Heh...you'll adjust right when it's time to go back to the normal!

Have you written on what you do (and don't) buy organic and why? I'm trying to figure out what makes sense but I feel like most of what I read about buying organic is so heavily "buy organic unless you hate your children and want them to die" that its hard to figure out what's really worth it. I'd love to read your take--you're always so sensible!

This post is a bit on the old side, but it's about that topic: https://www.thefrugalgirl.com/2009/06/local-organic-buying-vs-frugality/

So, maybe I need to do an updated post!