(Food Waste Friday is over at Simply Being Mum this week.) 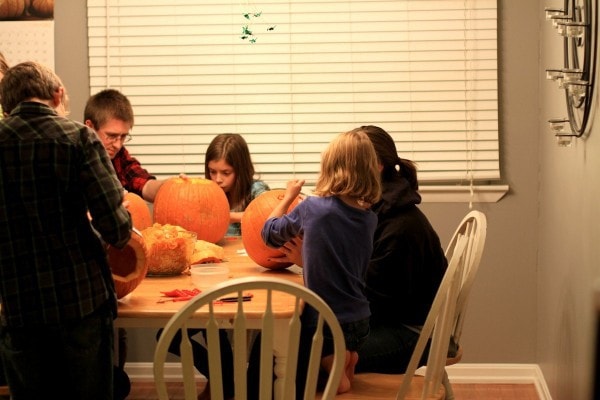 It’s that time of year again! Just like last year, a couple of friends came over to help us do the carving. 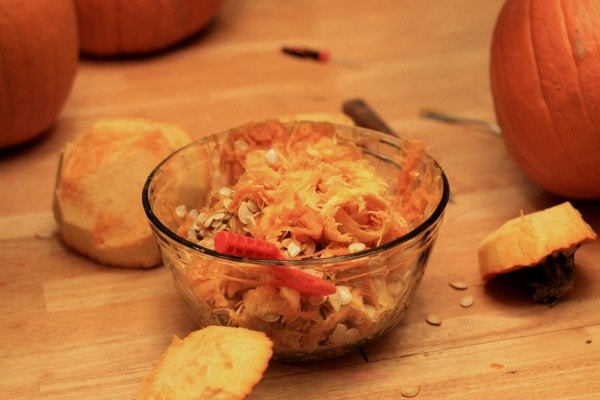 I know I’ve mentioned this before, but if you’re still carving pumpkins with paring knives, you really should buy a kit that has these little saws/knives. 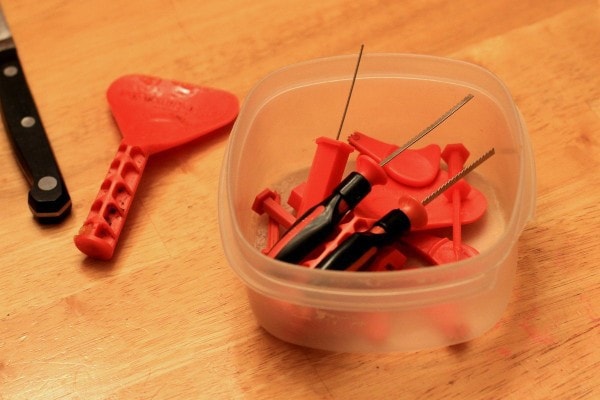 They work SO much better than kitchen knives, and they allow you to make pretty detailed designs. Most stores carry the kits at this time of year (even Aldi does now. And the kits are just a few dollars there.)

If you want an extra carving kit (we own several so that we can carve multiple pumpkins at once), keep an eye out after October 31st because you might be able to find a great clearance deal.

The kits come with patterns, but they’re usually witches/ghosts/bats and that sort of thing, which my kids aren’t really into. So, we poke around online to find what we want. 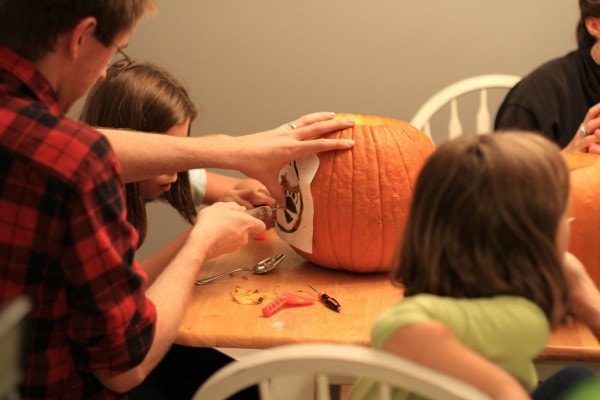 Oh, did you want to see the pumpkins??

This year, the girls chose an Angry Bird (that one cracks me up!), a turtle, and a dolphin.

And you’ll have to go to Joshua’s blog to see a photo of his pumpkin (which doesn’t sport an animal!)

We built a fire in our fire pit that same night. Do any of you eagle-eyed people recognize what we used for kindling? 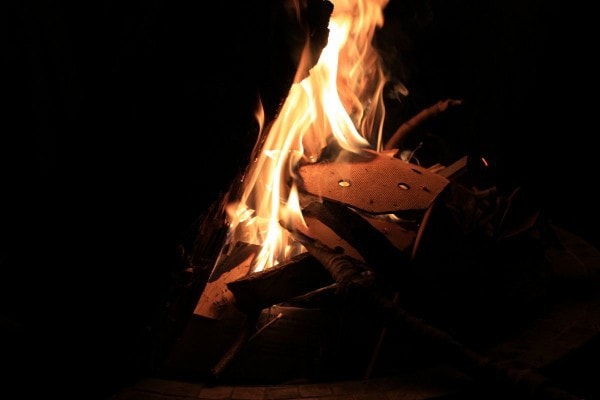 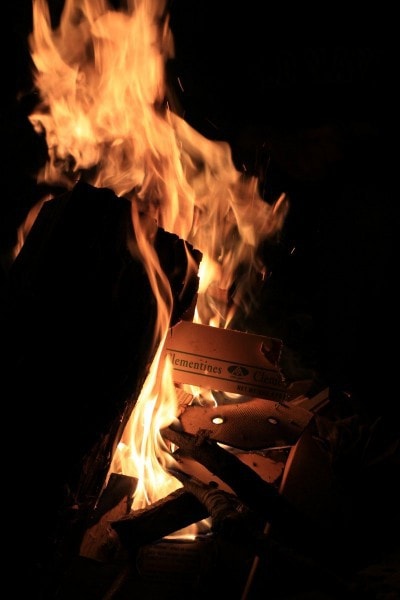 They burn very nicely. And I’d rather use them like this than throw them away.

Marshmallow roasting is a good cause, after all. 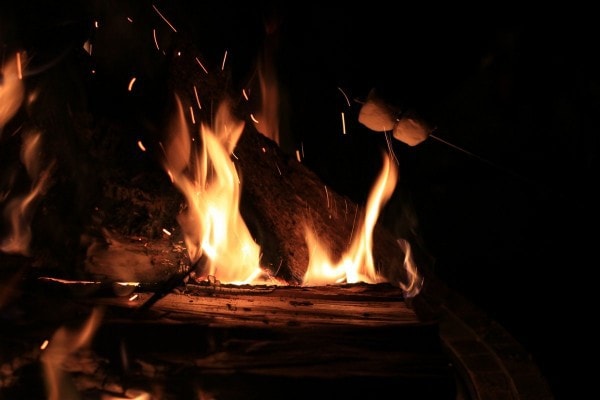 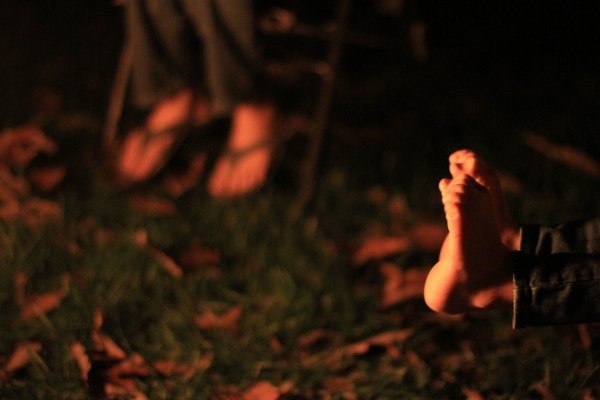 Did you carve pumpkins yet? And have you become a carving kit convert like us?

Awesome pumpkins :) Halloween is not as popular in Australia, but we are hosting a Halloween party next weekend, so have invested in giant pumpkin, which Mr Omnivore is planning to carve. Unfortunately I haven't seen pumpkin-carving kits here (yet!) so we will go the knife route, but hopefully they turn out looking as good as yours.

Oh such lovely pictures! We don't really celebrate Halloween here in The Netherlands, although it is becoming more popular every year. If/when we're going to have kids I am definitely going to install this custom in my family.

Paula in the UP

The pumpkins look great! I miss those days! I'm envious that you are still able to have a bonfire, roast marshmallows, and wear flip flops outside!! Those day are history in my neck of the woods. Enjoy before Sandy make an appearance and stay safe!

Just to say I am praying that you and yours will be ok as this storm hits the east coast. It sounds pretty dangerous from this side of the Atlantic.

I converted to a carving kit this year too and am so glad that I did. I have a history of getting cut with knives and ending up in the ER, so hubby was glad that I made the switch. :) The little saws aren't that sturdy, so I make sure to be extra careful to not rush through cutting with them and let the teeth do the work. And the scraper works so much better than the big spoon that I used to use. My daughter approves of the angry bird by the way!