I was poking through my photo archives the other day, looking in vain for a picture of a fajita (darn it, I KNOW I took one! I just can’t find it!), I came across some pictures from last February.

Would you believe I took this on February 12th of last year?? 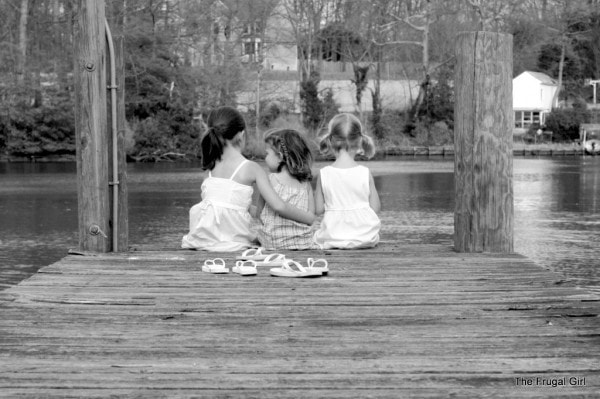 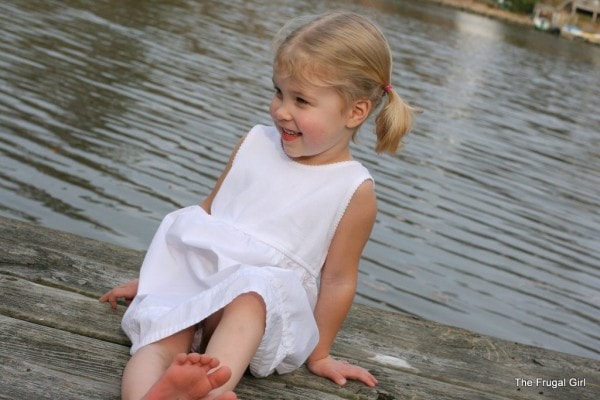 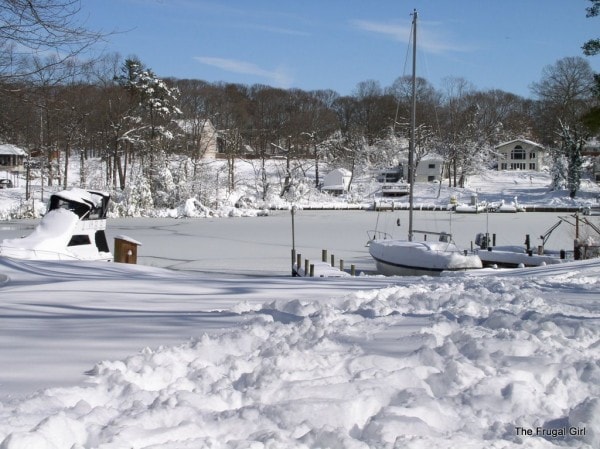 (The snow is SO deep, I didn’t feel like trudging all the way down to the actual pier to take a picture!)

Soo, this year, instead of walking around in flip flips, we’re sliding down the hill in saucers. 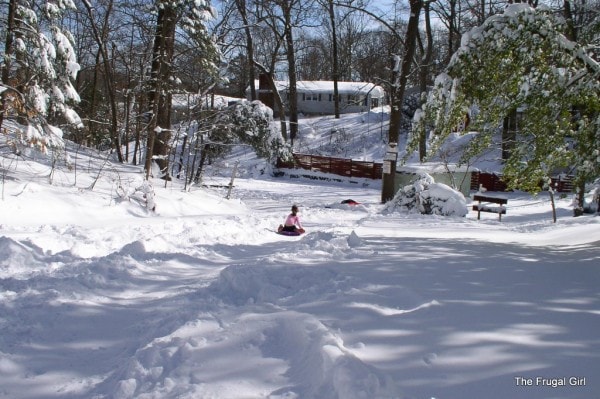 The snow is beautiful, to be sure, but I’m not going to be at all sad when spring rolls around. 😉

You are getting all of our snow. In Connecticut, we have just a bit of snow across the street. Our yard is almost completely green.

It is a small world. We have the same contrast going on here (indiana). Last feb. 10th it was seventy degrees here (a fluke) and now we are under a foot or so of snow.

Can't wait to see the little greens of my flower garden popping from the bare ground, or to smell a hard rain. I'll even take the mud at this point. I keep telling myself 2 more weeks...

We got 6, or 7 inches of snow in Augusta. It was incredible...We NEVER get snow like that. In fact, I've lived here for 6 years, and in that time we've only gotten flurries. It was fun for the first couple of days, but by day 3, I was ready for the ice and slush to be gone already. I hope it snows again before Spring.

I'm in the Delmarva area!! In the mar, but very close to the del. I grew up 3 miles from the state line.

Where do you go to church? I go to Providence Presbyterian in Salisbury.

After looking at your picture again I decided we don't have hills. I am guessing you live in more northern Delaware.