I haven’t gotten sick for almost exactly two years now (Thank you, dear immune system!), so I kind of thought I might be due to get something.

And get something, I did.

I didn’t ever have a fever, but I was achy and cold with a swollen throat, plugged up ears, plugged up nose, and a bit of a cough.

With some general exhaustedness thrown in for good measure. 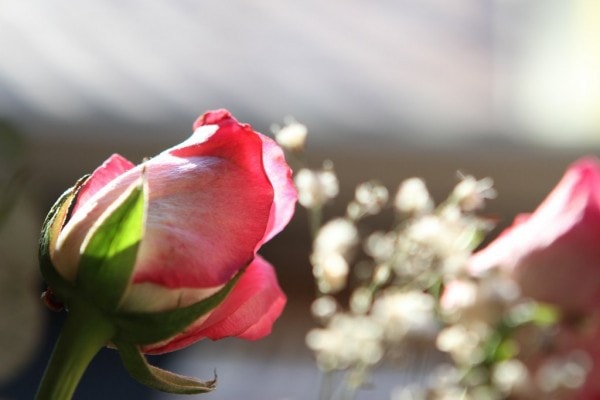 So, I’ve been moving slower than usual, getting less done than usual, and just laying kind of low.

Due to my congestion, I cannot for the life of me pronounce the letters M or N properly. M turns into a B and N comes out like a D, and this has provided no end of amusement for my children.

Speaking of whom, they’ve all been quite delightful, making me tea, bringing me soup, and scrounging up meals for themselves. And Mr. FG has been taking things off of my plate, which is very helpful.

I must say that while being sick isn’t really fabulous at any point in time, it is significantly easier to be sick now than it was, say, seven years ago when I had a baby, a two year old, a five year old, and a seven year old.

And, as always is the case when I get sick, I am reminded how very, very happy I am to be past the pregnant-and-sick-for-months stage of life. Being sick for a few days or a week isn’t an enormous deal, but being sick for months on end is indeed horrible.

Anyway, I think I’m on the mend now, because last night I reorganized and decluttered almost my whole kitchen. That must mean I’m feeling better, right?

And hopefully it means I’ll get back into my blogging groove too.

Have a lovely Wednesday.

Joshua’s still been blogging! His post today is titled “Antiquity”.

I know the feeling about being sick the whole pregnancy and now a cold doesn't feel nearly as bad! I hope things get better quickly! PS: I love your blog, my mission this week is find wonderful recipes on your blog for some of my meals!

I loved your blog and I am glad you are starting to feel better!

Live and Learn-Toss and Turn

Every time I get sick, I am so thankful that I don't have a chronic illness in which I feel bad all of the time. Sounds like you're on the downhill side now. Hope you continue to feel better.

Ah, that beautiful moment when the kids can start taking care of you. I agree that some of my lowest moments of motherhood have involved caring for vomiting babies while being nauseous myself. Yuck.

Oh, yes. I distinctly remember one winter when Sonia was a baby and all five of us went down with the stomach virus at once. I could barely move, but I had to take care of the kids and nurse Sonia and it was so awful.

So glad you are feeling better:)