I am a long-time (happy!) subscriber to Cook’s Country, and occasionally to Cook’s Illustrated.

I consider my subscriptions to be an investment in my efforts to cook at home, and cooking at home saves so much money, a magazine subscription is a tiny thing to pay for. 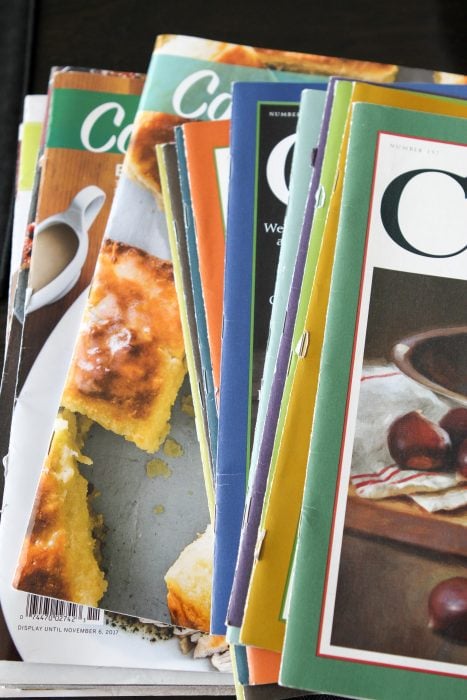 I know I could just stick with the web membership (I do have one), but there’s something about having the physical magazine that makes me much, much more likely to actually MAKE the recipes.

The problem is, the magazines really stack up after a while, which takes up too much space. 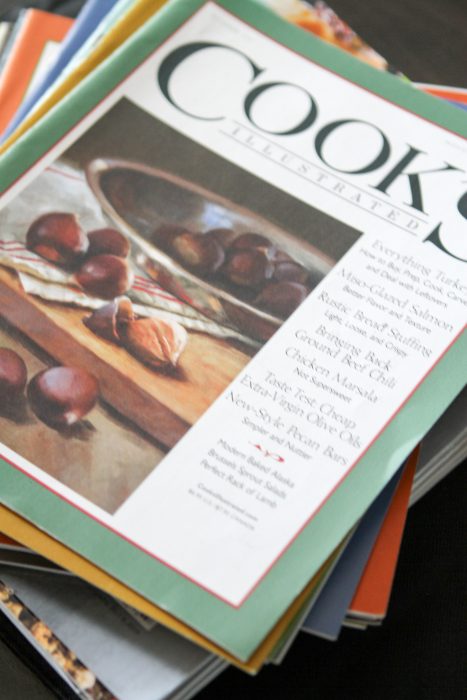 Also, a stack of magazines is not very easy to use.

I think, “Hmm, I know there was an issue with a great chicken marinade.” and then I have to remember what time of year I made that recipe and flip through the pile of issues. 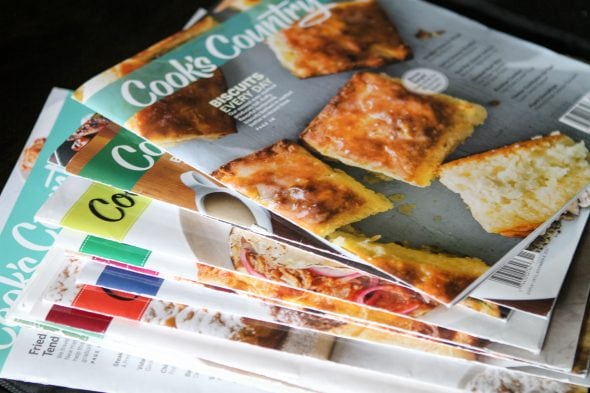 I got tired of that whole rigamarole this year, so while Sonia and I watched yet another Downton Abbey episode, I got my stack of magazines and sorted through them into piles.

There are no recipes I want to try and none I need to print.  These are for giving away or recycling.

Pile #2 – issues with recipes I want to try.

I wrote the name of the recipe (s) I want to try on a post-it note on the front. 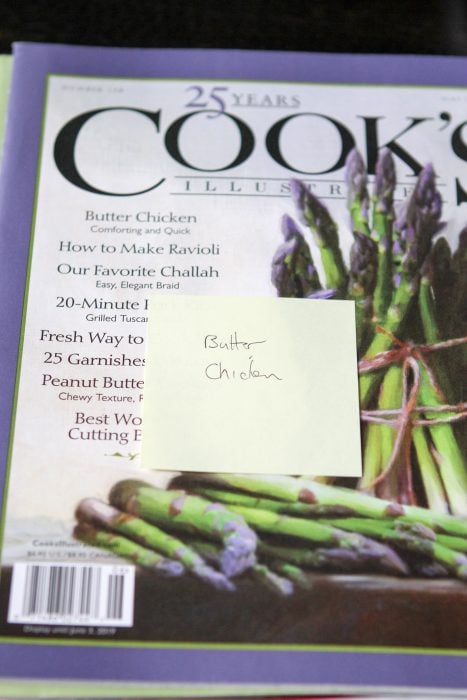 Pile #3 – issues with recipes I need to print.

Once I’ve found a recipe I like, I prefer to print it and keep it in a spiral binder, organized by recipe type (chicken, beef, yeast bread, quick bread, etc.).

That’s much easier to access than when it’s in a magazine.

As with pile #2, I write the name of the recipe I want to print on a post-it note on the front.

After I sorted the piles, I 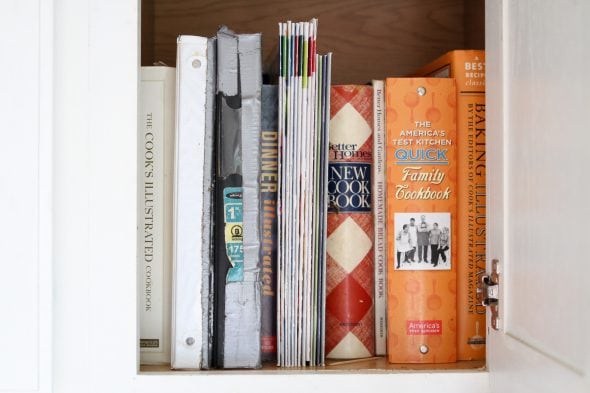 So now I have only the magazines with to-try recipes in them. Yay!

I’m making a point of adding some of those recipes to my menu plan each week, which hopefully means I will be down to almost no piles of magazines in just a short while.

And of course, I have grand plans to never fall behind on my cooking magazines again. 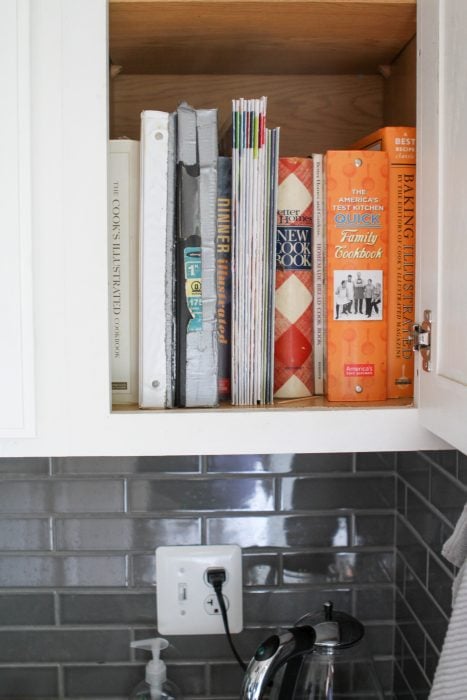 But I say that every time I clean up my laundry room and WE KNOW HOW THAT GOES.

How do you deal with cooking magazine clutter? And do you prefer a physical recipe or an online recipe?

I used to get tons of Cooking Light magazine's but I stopped subscribing to print awhile ago. It's been a struggle just to find time to cook let alone learn to cook something new. After my stack was really getting piled up I just went through each issue and tore out the page of the recipes I wanted to try and have them in my binder with my print-outs as well. This way no more wasted paper and I get the big editorial photos for motivation. :)

Just decided to do this with my “Mollie Makes” magazines. I’m never going to do all the crafts and makes in three years worth of magazines but someone might, so they will go to the library when I’m done.

Ooh yes, three year's worth of crafts is even harder to catch up on than three years of cooking magazines!

I don't like clutter and I don't enjoy cooking (still do it, but...),so to me cooking magazines would be a waste of space. I really like Pinterest for ideas, or just googling the ingredients I need to use and let the Internet do it's magic!

Hospitals and doctor's waiting rooms would be willing to take cooking magazines, likely new ones. Ask first. I have a nurse friend (retired) who volunteers at our local hospital and she's the one that gave me that tip. I was told to take them to the volunteer's office. Thanks for the excellent post, and all the tips.

Thanks, Kristin, for this excellent post. And for all the helpful comments of your faithful followers. Some solid options for this recipe/magazine hoarder to deal with years of collecting. And not enough years, like the others, left to try all of them. Time to start is now!