A reader recently asked me if I’d written a post with tips on teaching teens to drive.

I haven’t done that, because it felt a little off-topic for a frugal blog. 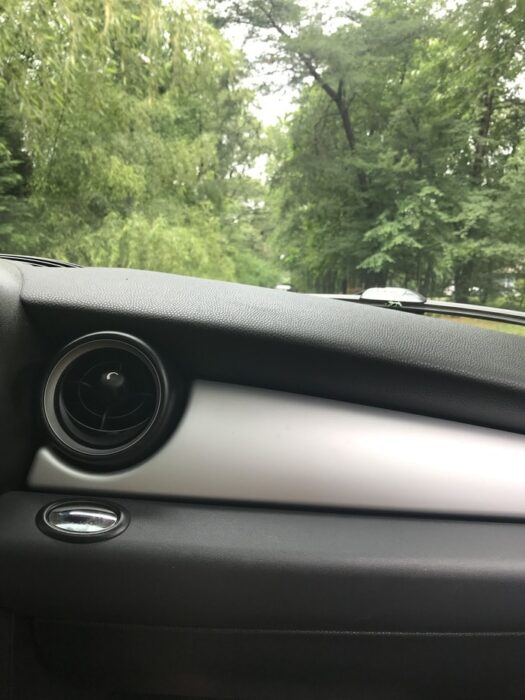 But, I did a poll on my Facebook page asking readers if they wanted a post on the topic, and the results said yes.

(And a few sweet people said they didn’t need the tips but that they would read anything I write.)

Off-topic or not, here I am.

First: I’m not a driving instructor, and this should not be construed as professional advice. I am just sharing what I do with my own kids.

My kids have not had much at all in the way of driving experience prior to getting their learner’s permits (we don’t have a tractor or a boat or a go-kart), so we really are starting from scratch.

Given that, here’s what we do.

We do 30 minute sessions at first

Driving with a total newbie is a little stressful for the parent.

And it’s a little stressful for the teen too.

To maintain a cheerful attitude and sufficient focus for both of us, we just do daily 30 minute sessions at first. 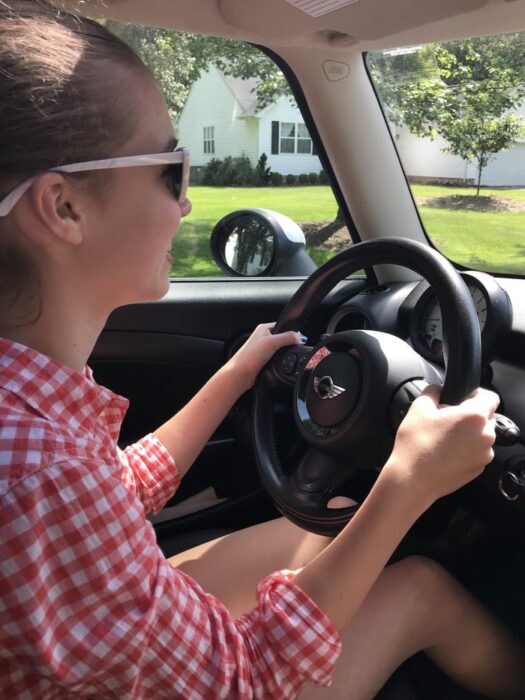 We start in an large, empty church parking lot

Midweek, most church parking lots are really empty, and there are very few cars coming and going.

This means there’s almost nothing to run into, which makes it perfect for a new driver.

We usually do several 30 minute sessions in the church parking lot making laps in all directions just to give my new driver a feel for turning, accelerating, and braking.

Next up, neighborhood streets, early in the day

Generally speaking, there’s less traffic coming and going in the early to mid-day. And unless people are working from home (!), there are fewer cars parked in the streets.

Neighborhood streets are annoying because there are no painted lane lines and because streets can be narrow, but they ARE great for someone who is driving super slow. 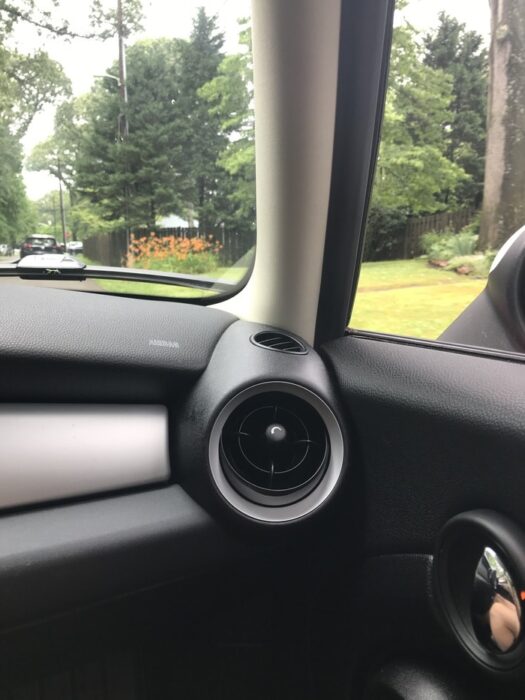 We start out in our neighborhood, but we usually end up touring alllll the neighborhoods near us.

At this point in the driving process, I keep a “new driver” magnet on the car just because we are often so slow, I feel the need to announce it. 😉

Small-ish side roads come next

I actually breathe kind of a sigh of relief here because these roads feel a little easier than neighborhood roads.

You do have to drive faster, but no one parks there, no one is walking, the roads are wide, and there are lane markers!

Once my new driver gets to this point, it’s easy to do lots of local exploring, combining side roads with neighborhoods.

I try to start with practice on highways that don’t require merging (some of the smaller highways here are that way).

Once my driver has gotten a little more comfy dealing with high speeds, then we start working on highways with merge areas, starting with simple ones.

I’m not gonna lie, teaching a kid to merge is sort of un-fun! There are so many things to keep an eye on.

I usually take off the “new driver” sticker at this point, because I’ve discovered that on multi-lane roads, people actually seem to drive more dangerously around you if you have the sticker. 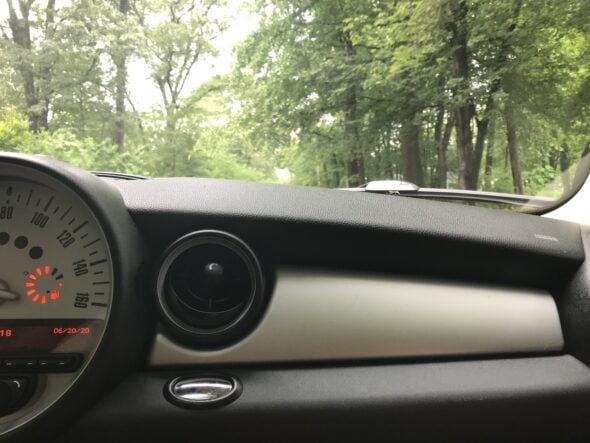 Once my new driver is comfy with highways, we can really work driving into regular life instead of having dedicated driving sessions.

Drive to church, drive to college, drive to friends’ houses, drive to run errands, and so on. This is usually when we really start doing a good job of racking up the hours because it’s so much less effort.

These kinds of trips do require some parking, which is a little bit hard at first. We generally park in the back of the lot at first to make it nice and easy (fewer cars to run into!), and if the parking situation is just too tough, we switch seats and I take over.

The more experienced they get, the more parking they do, and eventually, they get much better at it.

So, that’s basically how I’ve gotten my kids through the many hours of the driving required.

They also get six hours behind the wheel with an instructor from the driving school, and that’s when they learn to parallel park.

I put the new driver in charge of keeping track of the hours in the little booklet, just for a little extra responsibility, and one less thing I have to do. I have them write the hours down after every session so we don’t lose track.

If you are feeling stressed while teaching your kid to drive, it can help to remember that driving with a new student feels incredibly dangerous, but it’s statistically not.

(A study showed that teen crash risk goes up once they’re on their own; with a learner’s permit, the crash rate is similar to that of their parents.)

And if you need more proof, consider that insurance companies generally do not raise your rates until your living-at-home kid gets their license. 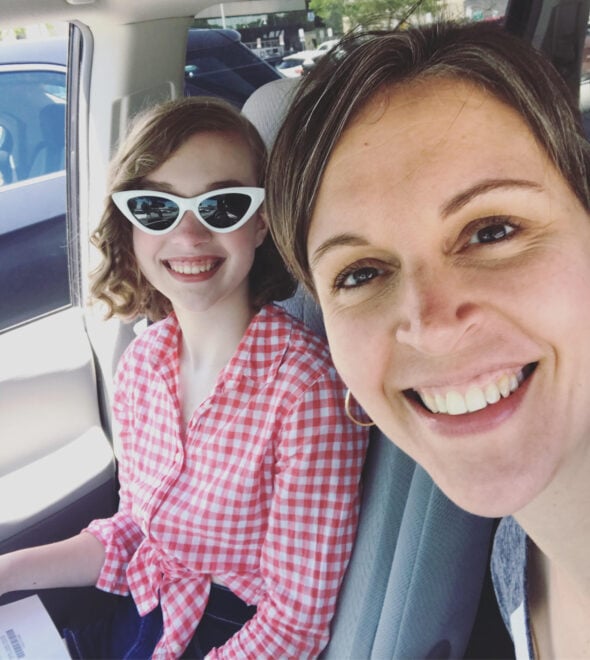 If you are in the car with your kid, helping them anticipate problems, helping them know when to turn and when to merge, they’re not going to be super likely to make bad driving decisions.

So, take a deep breath; you’re probably going to be ok, regardless of how it feels. 😉

It try to be kind and encouraging.

My kids have all tended toward self-doubt and discouragement rather than immediate cockiness as they learn to drive, so I’ve tried to be kind and reassuring as we learn.

And that’s the end of what I have to say about teaching teenagers to drive (1000 words later.)

If you have tips to add to mine, add ’em in the comments!

And if you have questions I didn’t address, feel free to leave a comment as well.

Thank you for your thoughtful description of how you help your children with learning to drive. Very timely in my life! I forwarded it to my daughter (22!) who I am trying to help learn to drive.

Reading this reminds me of how patient my parents were teaching me how to drive a decade ago.

I taught my mom to drive stick shift in her late 40s after my dad died because only her car in the family was an automatic. I drew the gear pattern on a sheet of paper, used an umbrella as the gear shift, a slipper as the accelerator, and sat facing her chair holding the umbrella in place and with her feet on mine for the brake and clutch. Then I would give her instructions to start the car, put it in gear and drive, slow down gear down and stop. We did that for about a week before I let her drive my car because I could not afford a burned out clutch. She did very well.

This is so timely for us! We are going this week to get my daughter's learner's permit. She is super cautious, and we have lots of time. Our state requires her to practice different situations not just hours, and log them. I will be the instructor rather than my husband because he is SO nervous!

stop where you can see the tires on the car in front of you touch the pavement. If for some reason that car doesn't move, there should be enough room to go around.

And if you 'social distance' in the car, stay 6 feet away, you can never hit anything.

My mother taught me the stick shift in school parking lot.