1. I switched our electric service to a lower rate

I got a renewal letter, checked the rate, and discovered it wasn’t actually lower than my default company’s rate.

I called to inquire and the rep said that rates had fallen since the letter was sent (yay) and the new rate turned out to be lower than the default energy company. 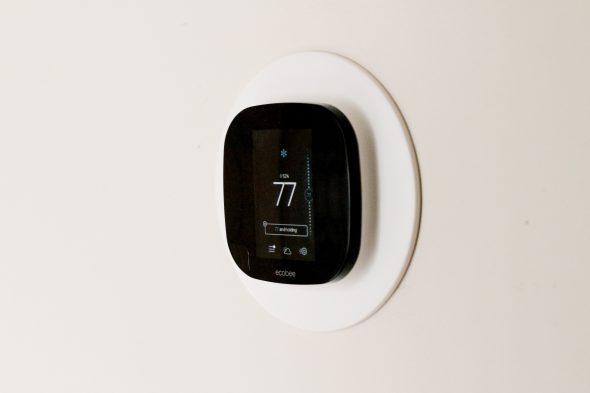 So, I switched us to a one year contract on the new rate, which means our new electric bills will be a bit lower.

A package of thin chicken breasts and a package of pork butt were both marked $3 off because of the sell-by date.

And since I can definitely use both of those items for future meals (chicken Katsu & pulled pork), I bought them and threw them straight into the chest freezer.

This is a win on the frugal front, but I am also delighted to help the store avoid food waste.

3. I redeemed my TopCashback credits

I got an email reminding me that I had $100 of un-redeemed credit with them!

So, I hopped on over, picked Amazon as my reward choice (that gives you a small bonus) and now my Amazon account has some credit.

(TopCashback is a service like eBay/Rakuten; shop through their portal, and you get a percentage back on your purchase. Make an account here.)

4. I ordered some free LED bulbs

My electric company sent out an email letting me know they were running a special rebate on bulbs, which made them $0. 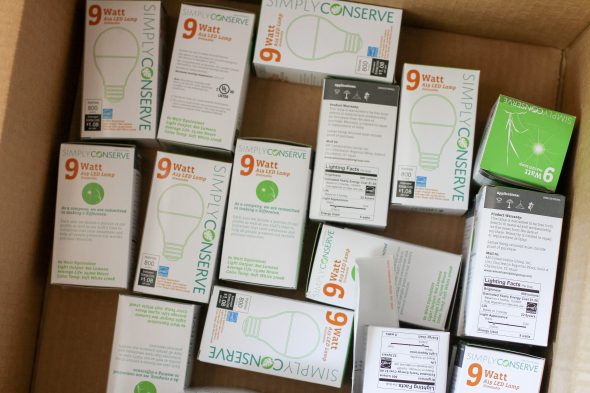 We already switched a lot of our household bulbs to LEDs, but we do still have some fluorescent bulbs.

So now when those die, I’ll have free LEDs to replace them with. 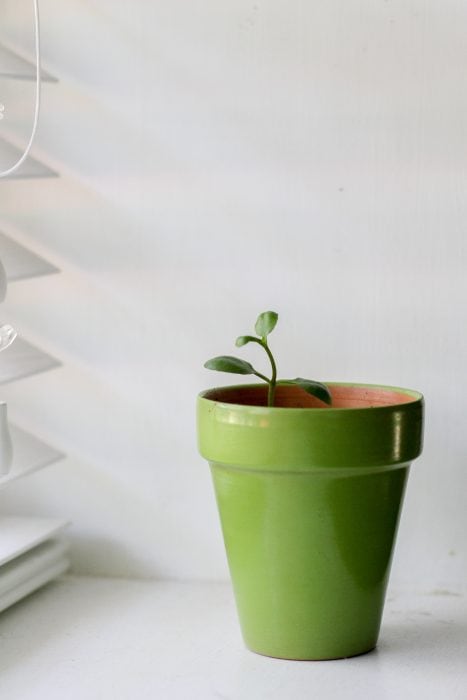 Your turn; share your five frugal things in the comments.

1. While on vacation this week, we managed to avoid restaurants for 70% of our meals. Cereal and sandwhiches happened a lot. 2. Walked, hiked and biked frequently-very inexpensive activities. 3. Returned some clothing that didn't fit exactly as I wanted. I could have made it work, but I know it'd end up being a very infrequently used clothing. 4. Meal prepped breakfasts and lunches for this week. 5. Meal planned for dinners this week using meats already on hand.

1. 1 bushel of tomatoes ($15.98) = 6 pints of diced tomatoes, 6 pints of salsa (with chipolte!), 4 pints of tomato stock (for soup, hot & cold), 7 750ml of tomato stock, 5 750ml of passata, and 8 pints of tomato sauce. Seasonings other than chipolte all came from my garden. 2. I swapped a bottle of homemade wine for a haul of old lumber to the landfill 3. I gasped at the new $4400 quote for auto insurance (because my broker no longer has a contract with Jevco), an increase of nearly $1500 a year, so I searched for a new broker who does have a contract with Jevco, so my new monthly bill will be $5 less than what I currently pay (no doubt due to the car being a year older). 4. I swapped some books I'd read for others I hadn't at a Little Library and got an adult colouring book there as well. 5. I used Starbucks Stars that were due to expire on Sept 1 for a iced chai latte and brownie.

With the flurry of activity my life is right now because of getting my daughter ready to go back to college in the middle of a pandemic, I didn't consciously think about being frugal this week. But, when I sat down and really thought about it, I came up with quite a few!

1. My daughter knows I love reusable shopping bags. She had more than she wanted and gave me two really nice ones.

2. My daughter also went through her closet and brought over three garbage bags of stuff for her younger sister. After she got done going through them, I did. then I brought what was left to my workmate to pick through. In the end, one bag was donated.

3. My youngest ripped the seat seam in a favorite pair of black jeans that I repaired for her.

4. Attended another parking lot barre fitness class at half the regular price.

5. Didn't have to cook dinner last Friday as friends had a Mexican fiesta and movie night to celebrate my and DH's birthdays. Knowing how practical I am, they gifted a gorgeous, heavy-bottomed glass bottle with the fixings to make enough foaming hand soap for a year. The jumbo bag of dark Dove chocolates was a nice touch, too.

6. Purchased a gently used pair of Sperry winter boots for $25 for my youngest.

7. Was mask fabric shopping when I stumbled across some wonderful linen I'd been looking at for a long time in the markdown bin for 50% off. On the end of the bolt it said it was an additional 30% off due to oil spots. When I had it unfolded, I saw about a dozen tiny spots concentrated in a half-yard area. I bought what was on the bolt - 3 1/4 yards, a summer dress pattern, and a half yard of coordinating linen for the collar and hem (to have enough fabric in case the spots were permanent). A little blue dawn on a Q-tip and the oil is gone. I see a wonderful linen dress and bonus tank top in my future for $41.

8. Made another pair of work shorts from worn out Dickies work pants for DH.

Phew!! That's a lot of frugal in one week!

We have changed out all of our bulbs to LEDs, we have a couple fluorescent fixtures left in the basement though. I like the daylight white bulbs for the bathroom, kitchen and dining room. It gives a much brighter output for doing tasks. The yellow tint ones are ok for the bedroom, but I don’t think they provide as much light per watt. We are drying herbs from our garden in the dehydrator, parsley, sage, thyme, basil and rosemary. We put them in glass jars to use in cooking and have given some as gifts. We collect seeds from our pumpkins, tomatoes, peppers and squash to plant the next spring in our garden.

Been reading your blog for many years, and have finally decided to branch out and get involved :) Thank you for the years of frugal advice, raw emotions on subjects that many consider taboo, and sharing your family with us! You have silently helped me is so many ways and I thank you for that!

*received a box of hand me downs for my 2.5 year old little girl. This is like Christmas to me!! We all know how fast our littles grow and how insanely expensive clothes can get, so to me hand me downs are the BEST! *our little town in MT has finally started to have a few yard sales. Everyone is very courteous when it comes to wearing masks and social distancing. I think we are all just so excited for this little slice of "normal" we'd do almost anything at this point!! I did score two pairs of new fall fashion boots for a whopping $3.00!! WIN! *our family has been "vacationing" at home this year. Lucky for us Montana offers beautiful scenery and treasures no matter which direction you go. We pack some water, and some snacks and flip a coin to see which way we are going that day. We've come across some amazing mountain lakes, cute little towns we didn't know existed and spend nothing more that maybe a tank of gas. *sister had her end of summer sleepover for her grandbabies and my daughter, which included a hotdog roast and smores session. Free dinner and a full night sleep....that should be my 5 right there ;) *my oldest is moving out on his own this next weekend (something about spreading his wings...I don't know) some family friends were getting ready to get rid of some house stuff and let us come look first. Got him a futon and a pizza oven for almost nothing. I guess at this point I'll at least have somewhere to sit and he can cook for me when I come to visit...every.single.day. :)

Yay, yay, yay! I love it when readers de-lurk.

Hugs on your kiddo moving out, and good job getting some cheap items for him.