Keep reading for more about the dinosaur! 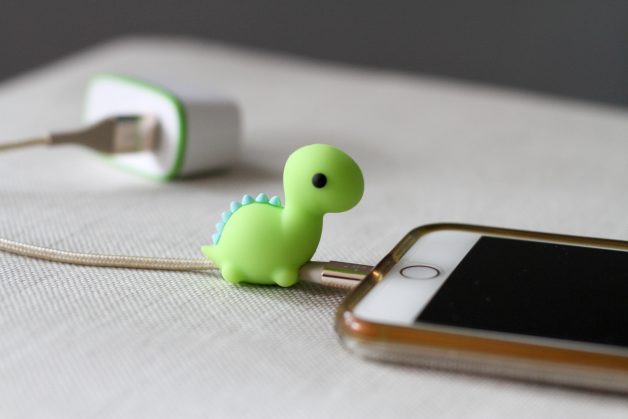 Which is nothing out of the ordinary; I often try to get rid of odds and ends when I eat lunch. 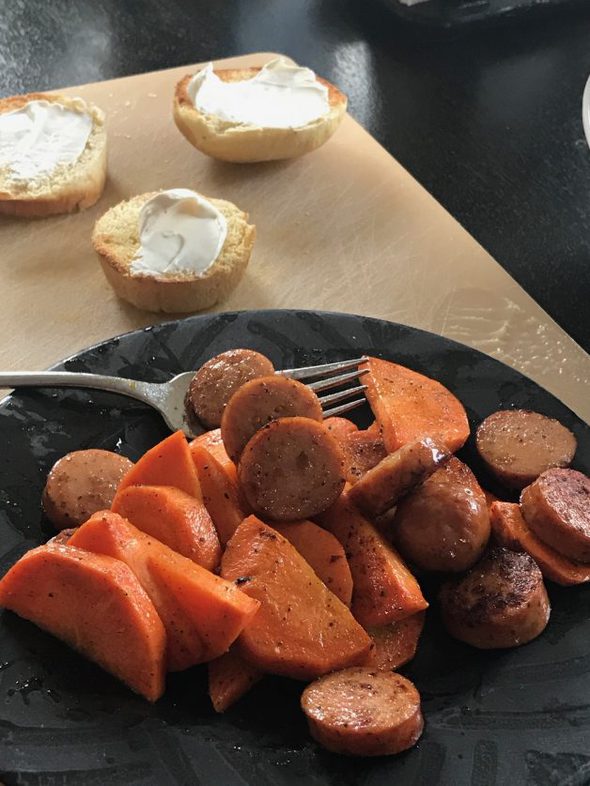 A lot of veggies can be made tasty with bacon grease, salt, and pepper in a cast iron pan. So good!

Also: a shout-out to toasters for their ability to make slightly dry bread delicious again.

2. I called Cigna to get a bill processed

I had submitted an out-of-network bill months ago, and it was stuck in processing. It finally got through the system, only to get kicked back for a lack of information.

So I called, and the rep is resubmitting it; he says I should have a new Explanation of Benefits in five business days.

This bill is from July, so I am not exactly waiting with bated breath.

But, regardless of how long it takes, I will eventually get Cigna to pay this bill. I have oodles of perseverance left. 😉

3. I let Hungry Harvest know about a quality issue

Last week, my asparagus got moldy within 24 hours (unusual!). Hungry Harvest wants to know if this happens, so that they can adjust course in the future.

So, they have a form specifically for reporting on their site.

I filled it out, and I should get a credit for the funky asparagus in my next order.

4. I ordered some charging cable protectors

Zoe and I both needed new cables, and I added some cute cable protectors to the purchase. 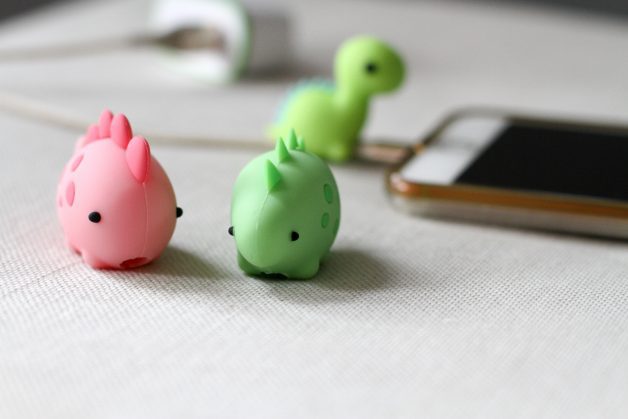 I’ve never tried these before, but they are supposed to reinforce the spot that always breaks on chargers; the area where the cord meets the end that goes into the phone.

At less than $3/apiece, they will be worth every penny if they extend the life of a charging cable.

Also, they are extremely adorable.

(Note: I had a heck of a time getting the dino onto my braided cable. I had to use a screwdriver to pry it apart enough to squeeze the cable in. But now it’s firmly on. I imagine it would be easier to get one onto a regular iPhone cable.)

P.S. People often ask me which fabric shaver I have. Mine is an Aldi special purchase, which means you can’t just go out and grab one. It’s basically exactly like this one, except the one at this link comes with replacement blades!

1. Used my Lint Lizard to suck out my dryer lint trap. Makes the dryer use less energy and lower chance of dryer fires. Love the Lint Lizard!

2. Christmas plans got canceled due to SIL being diagnosed with Covid yesterday - so Christmas dinner will be made from groceries already on hand.

3. My car door hand froze last week and then broke when I went to open the door. Order a part online for $20 (including shipping) and my husband replaced it after watching a YouTube video. Dealer would have charged $120 for the part plus labor.

4. Made myself new masks from materials I already had on hand.

1.purchased turkey and ham on sale (2). One ham all cooked goes to my daughter in law. 2.Eating from our freezer. 3. Planning on pea soup with leftover ham 4. Had to purchase a replacement gift as other one is somewhere. Will return the 1st one. 5.Rain storm tomorrow ,no ice fishing.. like free food Merry Christmas , be safe.

I bought fabric on sale last January to use to wrap Christmas presents this year. They were the perfect size for large presents. I have put holds on two books at the library instead of buying them. We are eating more home-made soups this year.

1. Using up “leftovers.” Made a ham and bean soup with the leftover broth and ham bits from making hammocks and collard greens. Cut up some carrots to cook in the broth and added a can of beans. Yummy quick lunch for a few days. 2. Using what I have on hand to wrap the few presents we will be exchanging. 3. Received a free large bag of dog food from one neighbor (her dogs didn’t like it, mine eat anything), got a free bag of guinea pig bedding from a neighbor who had received the wrong kind from her pet store order. 4. Went for a drive to look at lights for free in local neighborhoods that compete for best light show rather than pay to go through our local Hershey Park Sweet Lights. I also made Christmas Lights bingo cards with random things to look for (wreath, star, Snoopy and Woodstock, pink lights, Santa...) as folks got bingo they got to pick from a goody bag of snacks. We listened and sang along to Christmas music while we drove. You can look up make your own free printable bingo cards on line. 5. Gathered eggs for Christmas morning quiche. Our chickens are still happily laying eggs. Looking forward to a low key holiday. Eating good food, watching movies, going for walks if it’s not raining. I am off between Christmas and New Years and looking forward to relaxing and having fun with the family. I work virtually from home and homeschool our son so hoping our days for the next week won’t be so fragmented and stressful. Peace on Earth! Well, we will see.

I save bacon grease also. Love to cook cabbage and onions in it. Yum!

Bacon grease is a staple in our house, my husband always saves it after cooking bacon, so we have a jar in the refrigerator that he uses in cooking, especially when he is cooking up venison. His grandmother always did the same.

Same here! Don’t eat as much as much bacon as I’d like to haha! But always save the grease in can in freezer. Scrambled eggs in bacon grease-yum! My mother and grandmother always saved bacon grease.

My gramma kept bacon grease too!