I’ve seen these in grocery stores for a while now, and I’ve always been a little confused by them. I mean, really, how hard is it to make a smoothie? 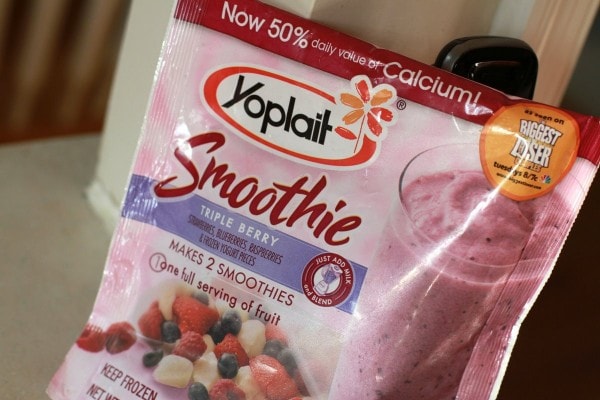 But I thought it would be fun to buy one and compare it to a homemade smoothie.

What’s in the Bag?

Here’s what’s in the bag: 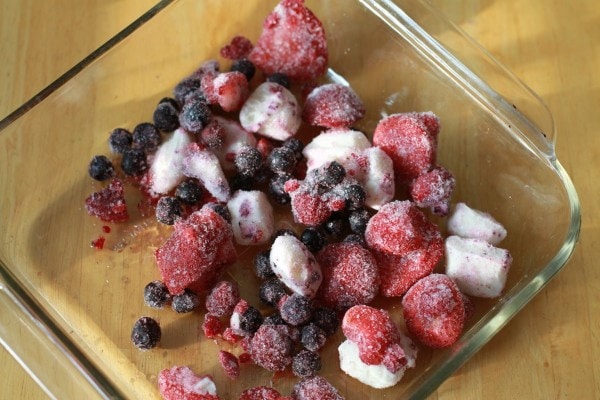 Frozen fruit, plus chunks of yogurt with banana puree.

You dump all that in a blender, add a cup of milk, puree it, and voila! You have a smoothie. 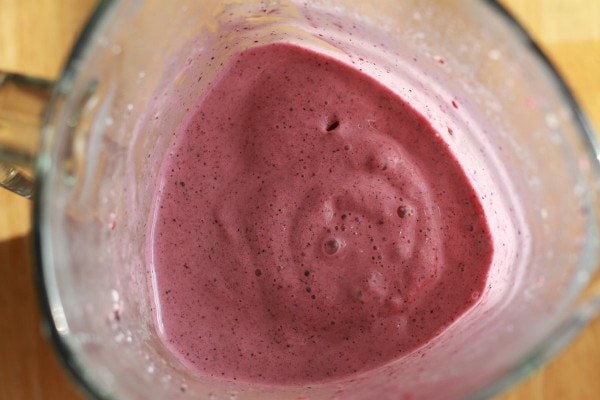 The package makes enough for 2 smoothies, which is obviously a smaller batch than I usually make.

The kids and I all tried some, and while the smoothie was ok, it wasn’t great. It had a bit of an artificial flavor to it, and the texture was a little odd too. I imagine that’s from the starches and such in the yogurt.

So, then we tried to approximate the smoothie as well as possible, using our own ingredients. I weighed out 7 ounces of frozen fruit (local blueberries, frozen strawberries and raspberries from Aldi, plus a banana chunk). 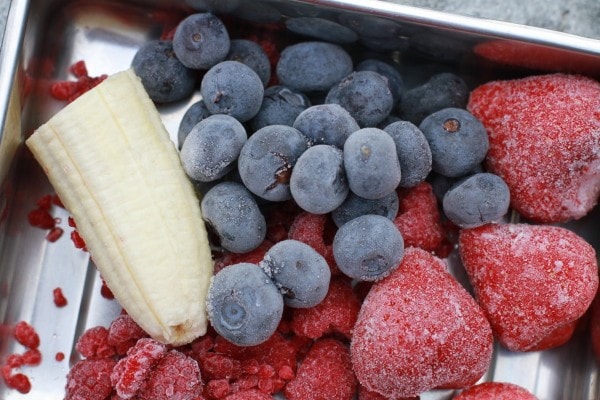 And we blended it up with a cup of homemade vanilla yogurt.

(I wasn’t about to freeze my yogurt into chunks, thank you very much.) 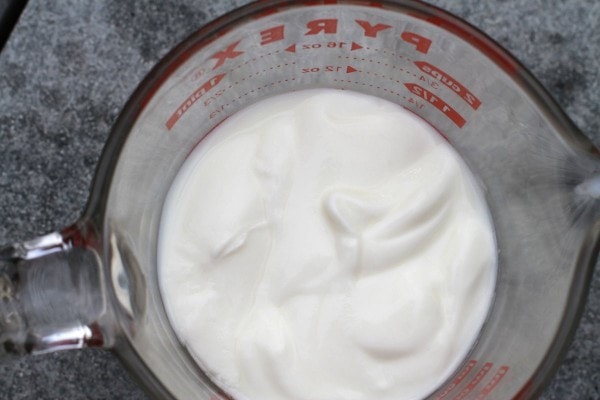 And here’s the result. 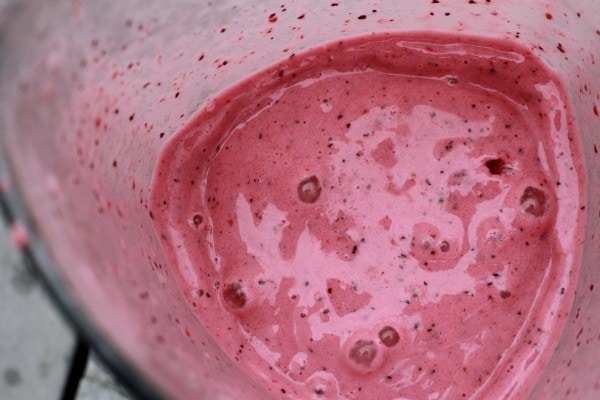 All of us thought the homemade one was tastier, and surprisingly enough, my children said it’s because the Yoplait one was too sweet.

I didn’t even know they thought there was such a thing as too sweet. Huh.

Which was more expensive?

The bag of Yoplait smoothie costs about $4.

It’s a little difficult to say exactly what my homemade smoothie cost, but here’s an approximation:

So, that’s $1.84 or so, which means a homemade smoothie is less than half the price.

*I used this to make the price comparison simple, even though it’s not what I personally used and even though it’s more expensive than the fruit in the Yoplait bag (strawberries, the most inexpensive berry, aren’t included in the mixed berry bag in question.)

I honestly don’t think the Yoplait smoothie was faster. It takes maybe a minute more to make a smoothie from scratch, and that’s if you’re combining several different fruits.

If you bought a bag of mixed berries and dumped it into the blender with some yogurt, I can’t imagine that it would take any longer than the Yoplait kit does.

So, I’m really wondering why people are buying these smoothie bags. I can understand buying pre-prepped food if it saves you time, but this product doesn’t even seem to do that.

I’m thinking that maybe some people just don’t realize how easy it is to make a homemade smoothie. If you’re among that group, let me tell you something wonderful:

Just blend up frozen fruit with milk or water or yogurt (vanilla yogurt will make your smoothie sweeter as will a banana). Play with the proportions and try different fruits…smoothies are very customizable and it’s sort of difficult to make one that tastes bad.

Don’t just take my word for it! I’m sure the experienced smoothie makers in my audience would be happy to share their best smoothie-making tips in the comments.

I've always wondered about those kits as well. We don't have smoothies very often in our home, mainly because we don't eat a lot of yogurts but they are so simple to make. I may stock up on some yogurt for the summer.

The prepackaged stuff can be a first step for many of us who are trying to take charge of our diet. I'm new to the healthy eating gig. My mother used to give me a glass of warm Coke before bed. Besides wanting to be healthy myself, I have a one year old daughter who is interested in everything I eat. That's motivation to change!

The prepackaged bag was approachable. I could try it at home and see what I liked. This was especially helpful given all of the judgement I experienced from many who are passionate about eating healthy. I wanted to eat healthy, but was quickly overwhelmed by agendas and criticism, then discouraged. And, since we ate badly to begin with, I would not notice the product being too sweet.

Your ideas have me ready to move on to the real thing.

My thanks to each of you who have posted in kindness. It seems like the judgement is limited to the products or the food; I see very little criticism of people. Your site is approachable, and I'll be using it as a guide for the future. I already make my daughter's baby food from healthy recipes. Now, it's my turn to cook for myself.

A final note, that many of you posted your gracious responses several years ago. You are proof that one kind word can save a lives for years to come. A very large round of applause, and my thanks!

I have been trying to make more smoothies lately - I have so many recipes lying around! I must say though that I didn't care to much for the banana/PB smoothie. Sounded awesome, but tasted nasty. I'll stick to the blueberry/strawberry combo. Yum!