You know, some miscellany. 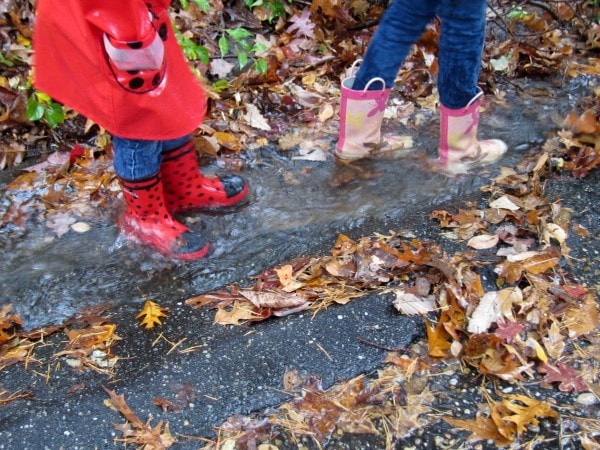 We finally bought a generator this summer, because our power routinely goes out even during thunderstorms. Before the hurricane hit, Mr. FG and I joked that now that since we have a generator, the power probably won’t go out.

And we turned out to be right.

But of course, I’m grateful whenever we don’t have to use the generator.

Could someone explain to me how the junk drawer gets so messy??

For someone who claims to want to live with less stuff, that drawer was awfully full. 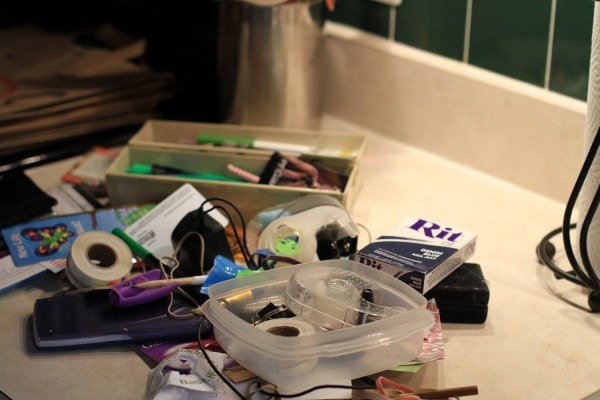 Also, could someone tell me why I had a package of fabric dye in the junk drawer?

That pile there wasn’t even everything that was in the drawer, sadly enough.

But, it has once again been restored to order. 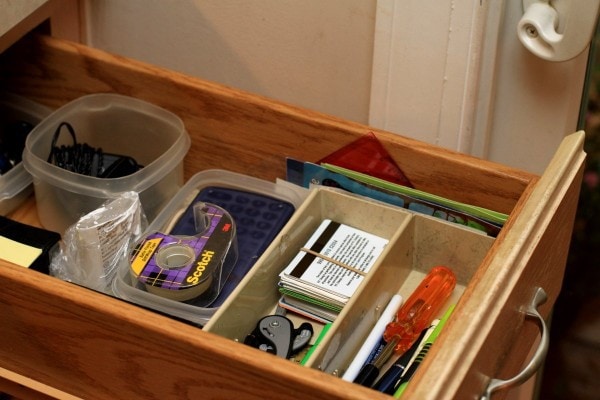 It’ll probably stay this way for, oh, about a week. 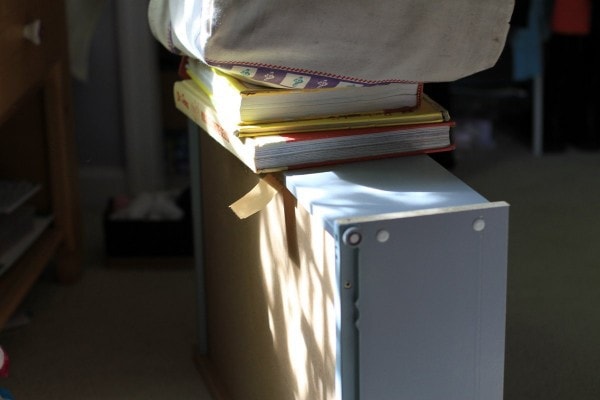 You don’t routinely take drawers out of your dressers and stack books on top of them?

Well, I don’t either. But this decidedly-not-an-heirloom dresser had drawers with issues. To be precise, the bottom panels kept sinking and popping out of the back piece, which made everything in the drawers sag.

This has been happening for a while, but since the whole drawer is made out of particle board and other not-solid-wood materials, I didn’t really think it could be fixed. Nails and screws don’t work well in particle board, after all.

But then I realized that maybe glue could do the trick. So, I spread glue on the bottom piece and on the groove in the back side, pushed the pieces together, weighed them down with books, and hoped for the best. 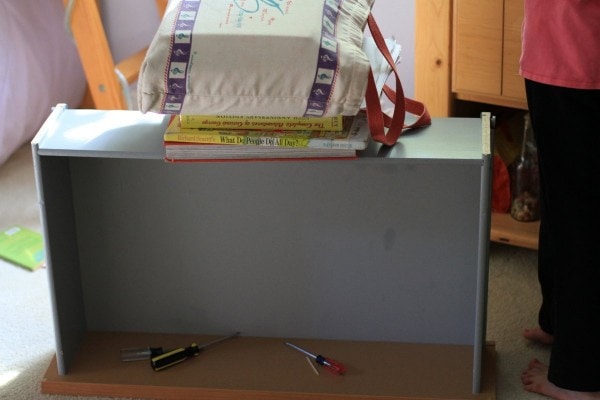 Much to my delight, the glued pieces held together very nicely, so I proceeded to fix the other drawers as well.

I don’t think this dresser is going to be handed down to my grandchildren or anything, but I’m pleased that its useful life has been extended a bit.

I volunteered to bring rolls to a funeral recently, so I made a triple batch of basic dinner rolls. I think they look kind of beautiful, don’t you? 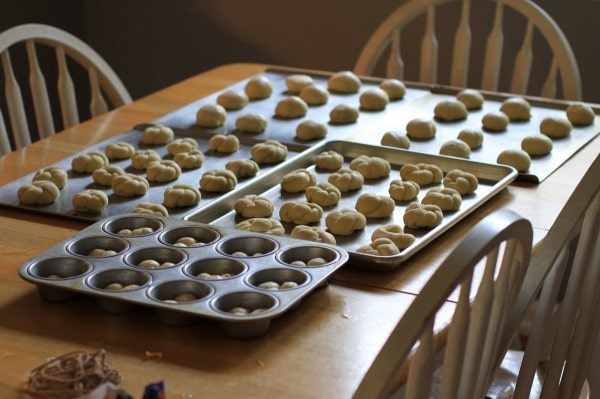 It’s a good thing I didn’t quadruple the recipe, because the triple recipe used nearly all of my baking sheets.

In October, I took another trip to the Aldi headquarters (so fun!) 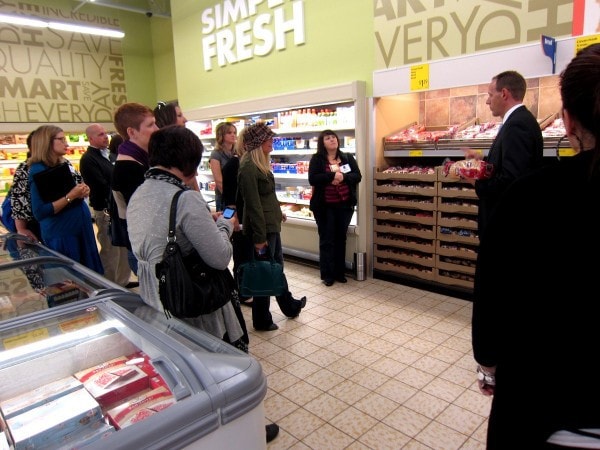 I’ll tell you all about it this week, now that the Christmas series has concluded.

Aaaand, I think I’ll try to squeeze in an America’s Test Kitchen giveaway too.

Hi Kristen. I don't know about others, but I'd be interested in hearing how the two of you chose your generator. That is a purchase that we are looking in to.

In my experience, just because one person in the household wants to live with less stuff, doesn't mean other members of the household are on the same page. :) DH seems to think that a junk drawer is a necessity. Since we have such crummy, cheap cabinets, I let him have the two drawers that are so terrible that I can't stand to use for his junk drawers. However, whenever we can upgrade to new cabinets, bye-bye junk drawer!

And yes, I want some of those rolls. In my tummy, please.

My son's drawer has been sitting in the basement and on the hubby's "to do" list for a really long time. Maybe I'll tackle that beast myself! I'm sure I can find some wood glue around here somewhere (maybe in the junk drawer?? lol). Your rolls really are beautiful! Maybe I'll try something other than crescent shapes this Thanksgiving. :)

Wow, I wish my junk drawer looked that neat!!

We have that problem with one of the kids' drawers also! Thanks for the suggestion!

Hi Kristen, a lovely post this morning. I have an old kitchen with drawers with the same problem and I'm going to use your tip and 'give it a go'.