We had a Kitchen Happenings post just a few weeks ago, but I have more photos, and they must be shared. Because it’s no fun to keep photos to yourself!

I’ve been on a quest to add more and more vegetables to our diet (because they are both cheap and nutritious, which makes Kristen happy.), and so the vegetable section of my Cook’s Illustrated cookbook

has been getting a bit of a workout. 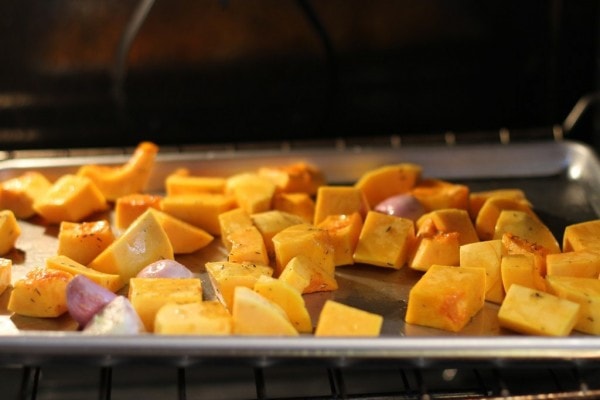 The “more vegetables” thing has been met with mixed reactions from my kids, most of whom would prefer to stick with fruit instead of veggies.

(And yes, I know that butternut squash is technically a fruit, but I’m operating with the “If it has seeds and isn’t particularly sweet, then it’s a vegetable.” definition. Because really, who mixes up green peppers and tomatoes and calls it a fruit salad??)

*steps down from the vegetable definition soapbox*

I’ve roasted lots of veggies this winter, but now that warmer weather has arrived, raw vegetables are becoming more appealing. 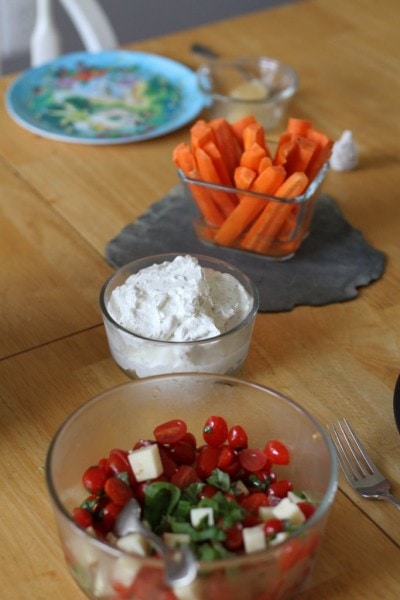 Grapefruit season is coming to an end for us, as Aldi doesn’t really carry them during the warmer months. But when we do have grapefruits, we like to eat them with a spoon and then squeeze out the remaining juice into a glass. There’s a surprising amount left in there, even when you think you’ve scooped it out pretty well with your spoon. 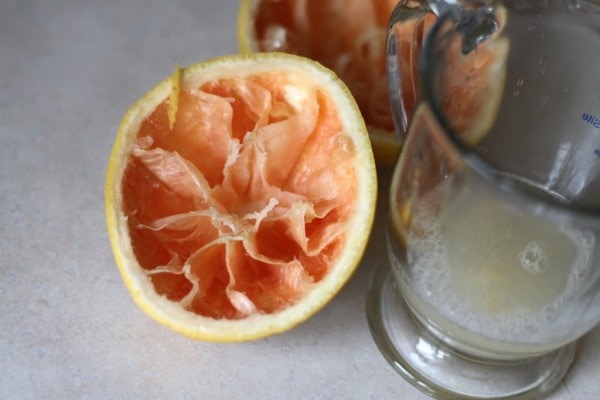 My table is almost always filled with food made from Cook’s Illustrated recipes. This particular day, I had three at once…Chipotle Lime Chicken Breasts, a tomato-basil salad, and scalloped potatoes (which are an odd thing to have with chipotle chicken breasts, to be sure, but I had to use up my potatoes!) 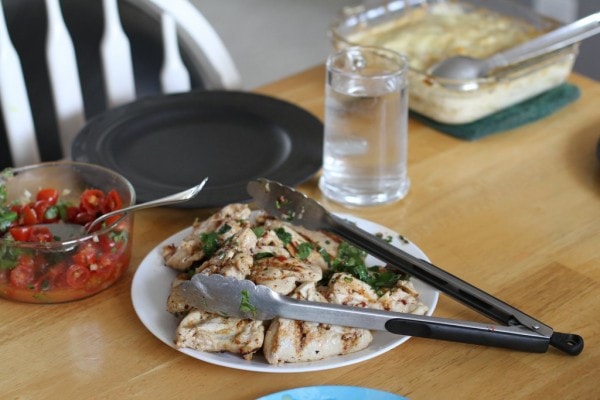 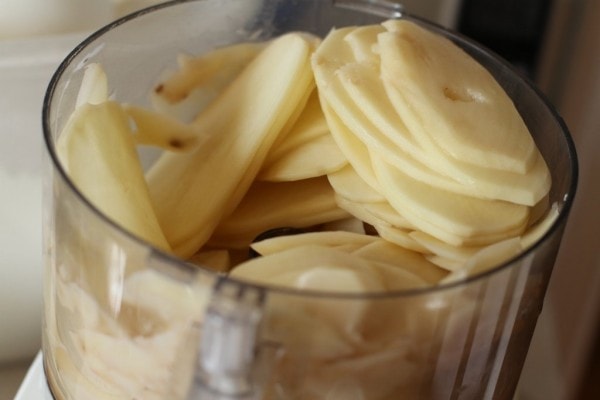 I’ve been eating lots of yogurt at breakfast. It is 95% more fabulous when you stir in fresh mango and strawberry and sprinkle granola on top.

(That’s clumpalicious granola, but it was from the bottom of the container, which is why there are no clumps!) 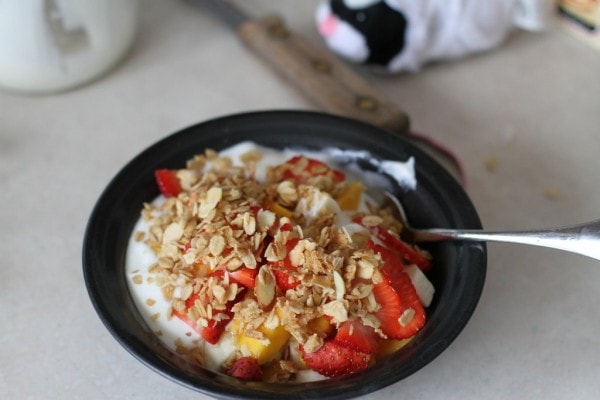 Though I don’t normally buy a lot of jello, the most recent birthday person here at Chez Frugal Girl requested Seven Layer Jello, an old recipe from my side of the family. 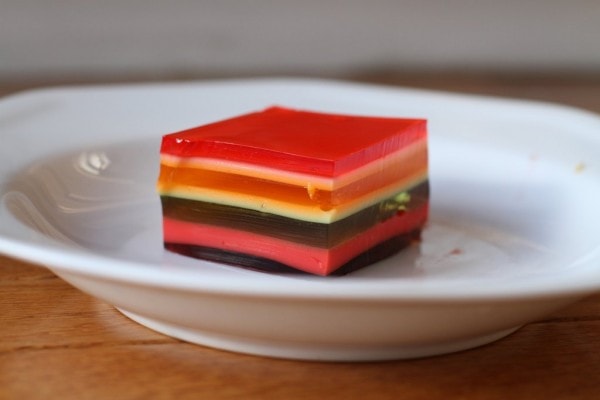 That meal was, um, not full of vegetables.

And neither was the dessert.

(Not that dessert generally contains vegetables, but I needed a segue. Work with me here.)

It was an ice cream crunch cake, which I covered with a cereal bag and a rubber band. 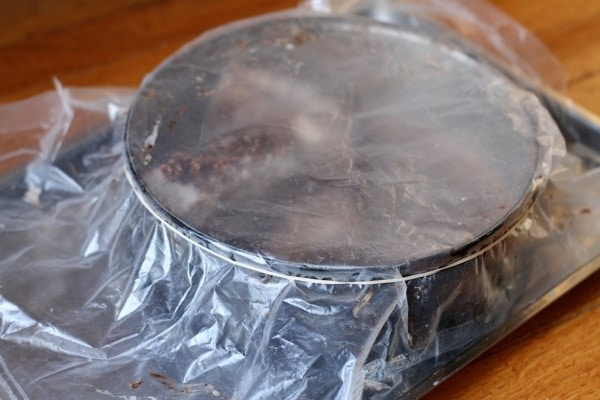 It’s not purty, but it works, and I do stuff like this because I hate to use plastic wrap. I actually just finished up a roll that I’ve had for years, and I’m pretty darn pleased it took me years to use it up. 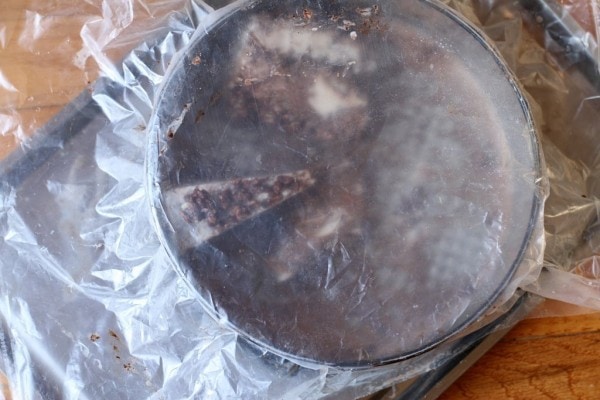 I’ve been experimenting with my bunny-roll shaping technique. Which do you think is best? 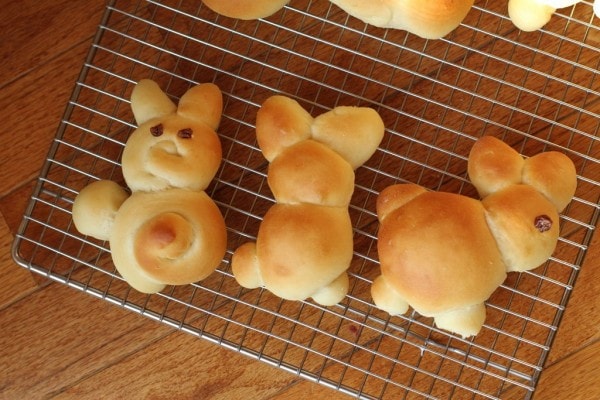 Sonia and Zoe and I are continuing to work our way through our Usborne science activity book. Here, we observed how water, unlike most other substances, expands when it freezes. 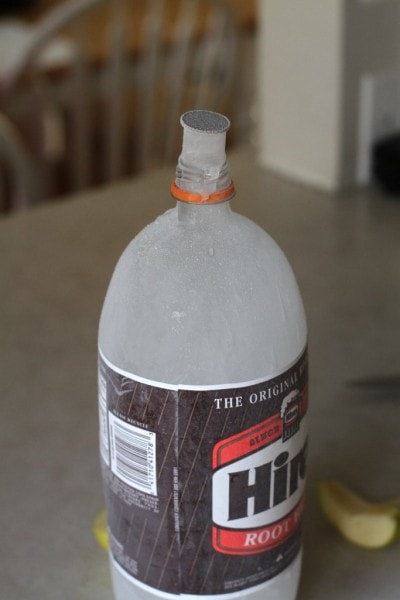 And we made a fun thermometer using a bottle, dyed water, play-doh, and a straw. Immersed in hot water, the water level rises, and in cold water, it falls. 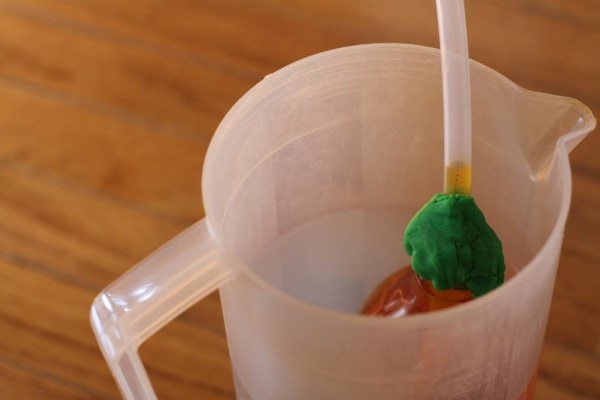 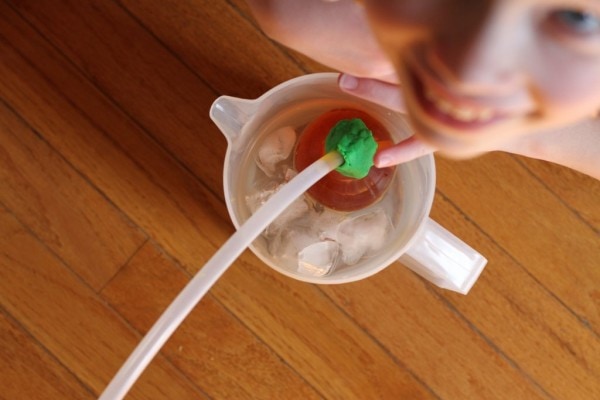 And lastly, I remembered to cut some daffodils and bring them inside. Yay me! I hate it when I forget about this until after the daffodils are done. 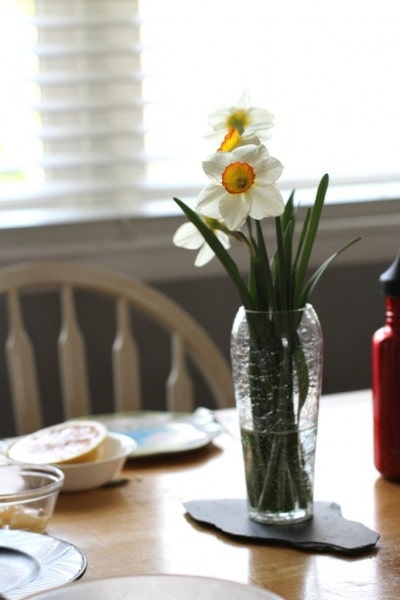 P.S. Until midnight tonight, you can still enter to win the Shabby Apple $50 gift card. The winner is randomly chosen, so you have as good a chance as anyone. Enter yourself!

Amy @ Fun With Family and Fitness

Those bunny rolls are adorable! But I have to ask you, how old is that Hires root beer bottle? I didn't think that was sold anymore! I remember not too long ago, I asked my parents, who live up north to bring me some down here in the South, but they couldn't find it. I used to LOVE Hires root beer!!!!!! :)

They do sell it here, but just in a few grocery stores. You have to look pretty hard for it.

I would love to see or get a link to the Sever Layer Jello Cake. Looks super cute and I want to try it out!

Hey there, I think it's really awesome that you're trying to use less plastic wrap. I'm trying to do the same. Thought your use of an old cereal bag cut open instead of plastic wrap is brilliant! I never would have thought of that. Any chance you would be willing to do a post with tips on what you do to utilize so much less plastic wrap?

your pictures actually made me crave some vegetables!:-P I like making tzatziki to dip carrots. It`s healthy and good!

That 7 layer jello is awesome!